In 1984, the Chicago Bulls added a young star named Michael Jordan who was not only an electric scorer but also a box-office draw with his memorable swag and an air of confidence. For years, the Jordan-owned Charlotte Hornets have been looking for a superstar with the ability to bring that same energy to the franchise.

And perhaps the Hornets finally found it in LaMelo Ball, the 2020-21 NBA Rookie of the Year, who is not only a dynamic offensive player but also has the swag and confidence that Jordan’s long rebuilding franchise desperately needs.

When asked what he brings to Charlotte that is unique and special, Ball told The Undefeated: “The whole game, for real. Just the way I carry myself. How I play. Pretty much everything.”

Ball proved so last season in beating out No. 1 draft pick Anthony Edwards of the Minnesota Timberwolves to become only the third Hornet to be selected NBA Rookie of the Year in franchise history.

Ball averaged 15.7 points, 6.1 assists, 5.9 rebounds and 1.6 steals in 28.8 minutes per game. The third overall pick in the 2020 NBA draft became just the 12th rookie in NBA history to average at least 15 points, 5 rebounds, 5 assists and 1.5 steals since the 1973-74 season. Ball ranked 22nd in assists and 17th in steals per game among league leaders last season, becoming the only player in the last 60 years to lead all rookies in total points, rebounds, assists and steals at the All-Star break.

Ball led all rookies in assists and steals and ranked second in points and rebounds per game. The 20-year-old had at least 10 games with 20 points, 5 rebounds and 5 assists and joined Luka Doncic and LeBron James as the only rookies in their teens with 10 or more 20-5-5 games. Ball received 84 first-place votes and 15 second-place votes, earning a high of 465 total points from a global panel of 99 sportswriters and broadcasters.

“Winning rookie of the year was validation of the special talent he is and the special year he had,” Hornets coach James Borrego told The Undefeated. “But it more so validates what we have growing and building here in Charlotte. A team that is more fun, exciting, unselfish, growth-driven and fearless about our approach. No one reflects this more than Melo.

“Melo has ignited our franchise. He brings a spirit, a joy, a love and fire for the game that is infectious and pushes for us to be better and want more. His talent is undeniable. But it’s his unselfish and fearless spirit that makes him special. The bar has been raised for all of us in this program. We all feel a responsibility now to maximize this opportunity in front of us.”

Ball actually first dazzled on the professional scene when playing in Australia for the Illawarra Hawks in 2019-20 instead of playing college ball in America. He earned 2020 NBL Rookie of the Year honors and was a fan favorite due to his up-tempo style of play, flashy passes and deep 3-point shooting despite playing in only 12 games. NBA fans, however, didn’t have much of a chance to see Ball in person last season due to the coronavirus pandemic.

Ball is looking forward to truly experiencing what it’s like to play not only in Charlotte but on the road in the NBA this season with fans expected to be back in the stands.

“I hated it. I ain’t going to lie. We really didn’t get that part to play in front of the fans,” Ball said. “A lot of players in the NBA have felt the fans. I feel like I haven’t felt that yet. In Australia, we had all of it. But when I came back here, the whole COVID thing started and I felt like we didn’t get a chance to really interact and see everything fans get to really see.”

The NBA showed a glimpse that Ball could be one of the new faces it promotes by inviting him to the taping of its promotion of the league’s upcoming 75-year anniversary this season. Current NBA stars James, Kevin Durant, Anthony Davis, Kawhi Leonard, Carmelo Anthony and Jayson Tatum are also taking part. As one of the NBA’s young and fresh voices, Ball perhaps can offer some inspiration to the youth with his mindset for success and his exciting game. 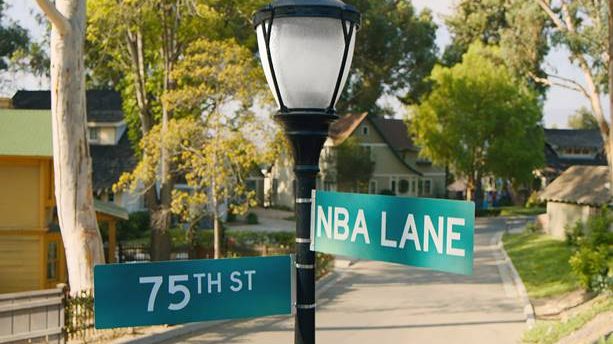 “I just tell everyone to be themself. The two words I go by: Be you. If you’re not being you from the jump, you are lying to yourself,” Ball said.

Ball is the younger brother of Chicago Bulls guard Lonzo Ball. Ball also certainly seems to have inherited the personality of his outspoken, entertaining and confident father LaVar, who trained his three sons to play basketball since they were infants. Ball said that Jordan has helped in so many ways that he couldn’t pinpoint anything specific, but he has never been in awe of the NBA icon because of the teachings of his father.

“Nah, I have never been in awe of anyone in my life, to be honest. Probably just the way my pops raised me and had me [mentally],” Ball said.

Borrego believes that Ball’s game will take a step forward this season, not only from a playing standpoint but from a leadership level, even before he turns 21 years old.

“I expect Melo to step forward as a leader, as the quarterback of this team,” Borrego said. “He just turned 20. But he is capable of pushing us to another level in his commitment to hold himself and others to the highest standard. He must own this level of leadership for us to be our best, and so far I have seen this level of commitment since last season.

“I also see growth for him in the management of NBA games. His situational awareness, shot selection, playcalling will all take steps forward now in his second season. All the details of winning an NBA game will become evident and valued.”

While Ball isn’t lacking in confidence, he quickly deferred to the team and winning when asked about the key to Charlotte being successful this upcoming season.

“The more wins, the more people are going to want to come see you,” Ball said. “And then you’re going to be winning in life.”

Charlotte missed the playoffs during Ball’s rookie season after falling to the Indiana Pacers in the play-in game. The Hornets haven’t made a postseason appearance since 2016. Along with Ball, Charlotte has an intriguing roster, most notably with 2017 All-Star Gordon Hayward, Terry Rozier, newcomer Kelly Oubre Jr., P.J. Washington, Miles Bridges and rookie James Bouknight.

With Ball expected to lead the way, the Hornets may have the talent to finally end their playoff drought. “Every day I come to practice, I show up. Every day I feel I learn something else. I’m really excited for next season. I feel like we have a whole brotherhood there,” Ball said.