The rapper’s lyrical ability mirrors that of a literary memoir, further proving the beauty of rap

I’ve spent most of the last two years reading through as many memoirs as I can while working on a book. Many of the best feel like conversations. They’re revelatory without feeling intrusive. Welcoming without being voyeuristic. And they feel honest. There’s a comfort in the uneasiness of the issues the writer processes on the page. A great memoir can feel like love.

It was during this intensive memoir binge when I listened to Tyler, The Creator’s Call Me If You Get Lost. The album is an ode to the Gangsta Grillz mixtapes of yore, complete with ad-libs from DJ Drama and a guest verse from Lil Wayne. Most mixtapes, especially from the early-2000s Gangsta Grillz era, were full of non sequiturs, streams of consciousness and lyrical flexes. There’s rarely a chance to glean much meaning or depth. Tyler, though, flipped the script by using the mixtape format to show us the real Tyler.

Call Me displays Tyler rapping about adjusting to the economic spoils of his fame on “Corso” and, yes, even how conflicted he feels about how he can contribute to the Black Lives Matter protests on “Manifesto.”

But it’s “Massa” that feels like the thesis statement, taking the listener through Tyler’s early-career insecurities and what it took for him to make music without concern for how anyone reacts. It’s packed with his life story told through the lens of his growing fame and attention: the success of his early “Yonkers” song allowing him to pay for his mother to leave a shelter, the way his 23-year-old “puberty” coincided with his artistic growth, and the way he grapples with increased criticism over his work. The song is a declaration of artistic independence that didn’t feel like I was being rapped at. Rather, it felt like I was being talked to.

“Wilshire” is an eight-minute love story that’s one of the best chapters I’ve heard all year. The song is about Tyler falling in love with his homie’s partner, but it goes beyond a simple love triangle. Tyler details the blossoming love and friendship while also reckoning with his own feelings of guilt and regret over how he’s treating his friend. It’s raw without melodrama. It’s devastating and hopeful all at once. It’s literary genius. And it’s a story whose threads extend throughout the album, the emotional fault line extending to most of the songs and helping define Tyler’s insecurities and his quest to replace that hurt with material gain.

I’d always considered myself someone who appreciated the literary merits of hip-hop — the storytelling, the narrative threads, the social commentary of our time, the complex and often troubled expressions of love. But I hadn’t thought about the ways hip-hop albums can be memoirs and how so many of the best albums form when rappers become memoirists. Listening to Tyler’s album as a memoir made me think about such works of literature.

Illmatic (1994) is one of the most beloved albums in rap history for the way Nas changed the way rappers used multisyllabic and internal rhyme patterns — as well as being one of the best-produced albums ever. But the timelessness comes from the way the Queens, New York, emcee rapped like he was just looking out of his project window, documenting the socioeconomics that caused the conditions within which he and those he loved lived. That same year, Ready to Die was Biggie’s insular look at the way being Black, poor and fat in America is a depressive attack on one’s mental health. Aquemini was Outkast balancing fame, pushback on their fame and a community decimated by the “three strikes” prison laws. And, of course, The Miseducation of Lauryn Hill plays like every meaningful thought she’s ever had about life on wax. 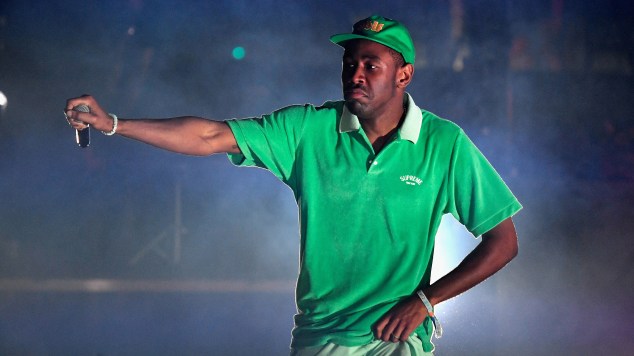 ‘Cherry Bomb: The Documentary’ is fire What can’t Tyler, the Creator do well?Read now

Then there are the rappers whose entire bodies of work and career personas were about the personal. Their lives, and thus their music, were memoirs. This is true for the Jay-Zs, Kendrick Lamars, Scarfaces and others who use each album as a reintroduction to the people they’ve become in the years since their previous works. That’s what has always made someone like Kanye West, a major influence of Tyler’s, so compelling. Each album tells the story of his current place in pop culture and the factors that brought him to that point: The College Dropout about his upbringing and how that placed him on the fringes of rap’s mainstream subject matter, his family relationships that caused his ethos on Graduation, and how his ideas of race clashed with his desires to enter white spaces on Yeezus. Artists such as West and Tyler have also leaned into their social media personas to create a fervor for their biographies to be told, presenting their lives in real time but saving the “tea” for the albums.

One thing that makes Tyler, The Creator’s memoir so unique is that he dropped his in a time when having a complete album doesn’t matter as much as it did when Illmatic dropped. The focus on streaming numbers and catering projects for playlists have made sequencing and album structure mostly irrelevant for mainstream artists. Tyler, though, made pretty much every song read like an intentional chapter to a cohesively orchestrated body of work with intertwining themes and references.

I’ve gotten flak for the way I’ve suggested artists such as Drake lean into something deeper with their music. Often that criticism gets conflated with an idea that he needs to speak about social justice issues as if he needs to suddenly rap about the prison industrial complex and environmental racism or whatever. But that’s not the only qualification for musical depth. Musicians are at their most enthralling when they are communicating their truest realities in song.

Tyler’s realness is so captivating because he never had to do this. He had a fan base that loved him for his earlier crude (and admittedly homophobic and misogynistic) lyrics. Some of us a few years older than Tyler saw him as a talented emcee who was a fart joke-loving Eminem disciple. But we’ve watched him grow into a memoirist, an essayist, a writer who weaves narrative strands, irony and drama. He reminds us of hip-hop’s beauty, where artistic limits don’t exist.

This Story Tagged: Rap Tyler, the Creator Best albums of 2021 Call Me If You Get Lost Hip-Hop Commentary