The Bruno Mars-Anderson .Paak collab lived up to the hype

Anyone in Washington will tell you this undeniable truth. The Donnie Simpson Show with Donnie Simpson and Tony Perkins is a perfect radio show. They’re just two middle-aged Black guys who crack dad jokes and laugh at each other while playing great music. Last month, the two were discussing the hysteria surrounding Anderson .Paak and Bruno Mars’ joint project, An Evening With Silk Sonic. Seemingly out of nowhere, Perkins gave his assessment of the album.

Simpson, and myself while driving to pick my dog up from day care, burst into laughter. The thing is, though, Perkins wasn’t off-base in his sentiment. The wait for the joint project was one of the year’s most fascinating and, at times, frustrating storylines. First came the excitement over the single “Leave The Door Open,” which is likely to dominate next month’s Grammys. Then came the monthslong wait for updates, followed by reports of a 2022 release before the eventual pre-Thanksgiving drop.

By now, every sort of review about the project exists. That it’s a trip back in time with a new-age twist. That An Evening combined the pop, soul, R&B and hip-hop sensibilities of the two artists who’ve combined for 15 Grammys. That the intergalactic narration from the immortal Bootsy Collins was the perfect touch. And, to some, that the album, however entertaining in spurts, was too sanitized.

The album isn’t perfect. But that doesn’t mean there isn’t a king’s ransom of reasons that work in its favor. It’s a descendant of dewy-eyed cultural time stamps such as Studio 54 and Soul Train with the advantage of social media to do its bidding. Throwback, but still appropriate for the moment. Brevity, without question, is An Evening’s best quality. At nine songs and a shade over 30 minutes, filler tracks don’t exist. Some float more pristinely than others — think “Skate” and the overly cheesy, but still adorable “Fly As Me.” Both are quality records that fit within the flow of the album. 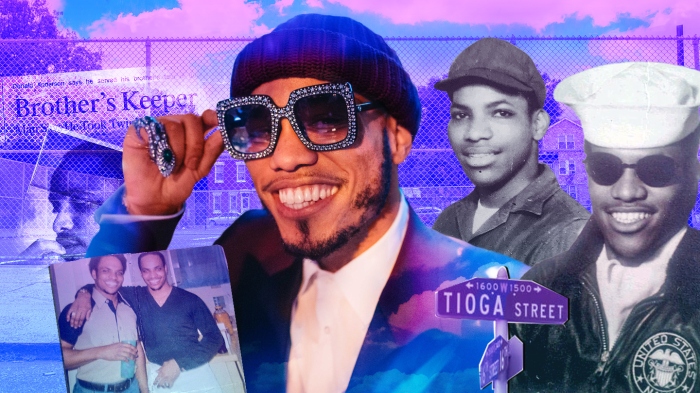 The chemistry between Mars and Anderson .Paak is nothing short of phenomenal. The duo initially tossed around the idea of working together in 2017 when they packed arenas on the 24K Magic World Tour. They don’t just sound like two talented artists making music together. They sound like they actually like being around each other. Their timing and ability to give the other space to get busy are sublime. Look no further than the sequence that begins with the aforementioned “Leave The Door Open” into “Fly As Me,” “After Last Night” and “Smokin’ Out The Window.” There’s an element of surprise when Anderson .Paak follows Mars or the other way around that keeps the listener honest and on the edge of their seat.

For a project that somehow lived up to its massive expectations, it’s “After Last Night” that stands out. Every aspect of the song fits better than whatever outfit Collins decides to wear on any given day — whose introduction on the song is the ideal, hallucinogenic appetizer. I don’t know what you did when you did what you did, Collins waxes, but you did it girl, sets the stage for arguably 2021’s sexiest record. Silk Sonic takes it from there. You put it on me like I never felt before/That gushy, gushy good, girl, I want some more, they croon, Sweet, sticky, thick and pretty/You changed the game.

Admittedly, simply reading the lyrics doesn’t do the experience justice. But that’s part of the shtick of the album. You live with it. And you create memories to it — like letting it ride in the background at your Christmas and New Year’s parties. (Merely a suggestion.) If a record has the capability to make you two-step, blush and send a risqué “hey big head” text after intentionally liking their last five Instagram posts at once following 12 brunch mimosas, it’s doing something right. That’s “After Last Night” in a nutshell. Records like that and “Blast Off” were confirmations of the excitement that had begun eight months earlier.

So is it the “sonic orgasm” Perkins described? Maybe. Maybe not. But you will leave satisfied.

Truth be told, it’s difficult to imagine Silk Sonic doing a follow-up project. Everything about the album gives the impression that it’s a one-off, planets-in-alignment deal. It’s called An Evening With Silk Sonic, but the truth is it’ll be around for far longer than that. If you’re like me, you’ve already picked out your outfit for the residency concert in Las Vegas 20 years from now.