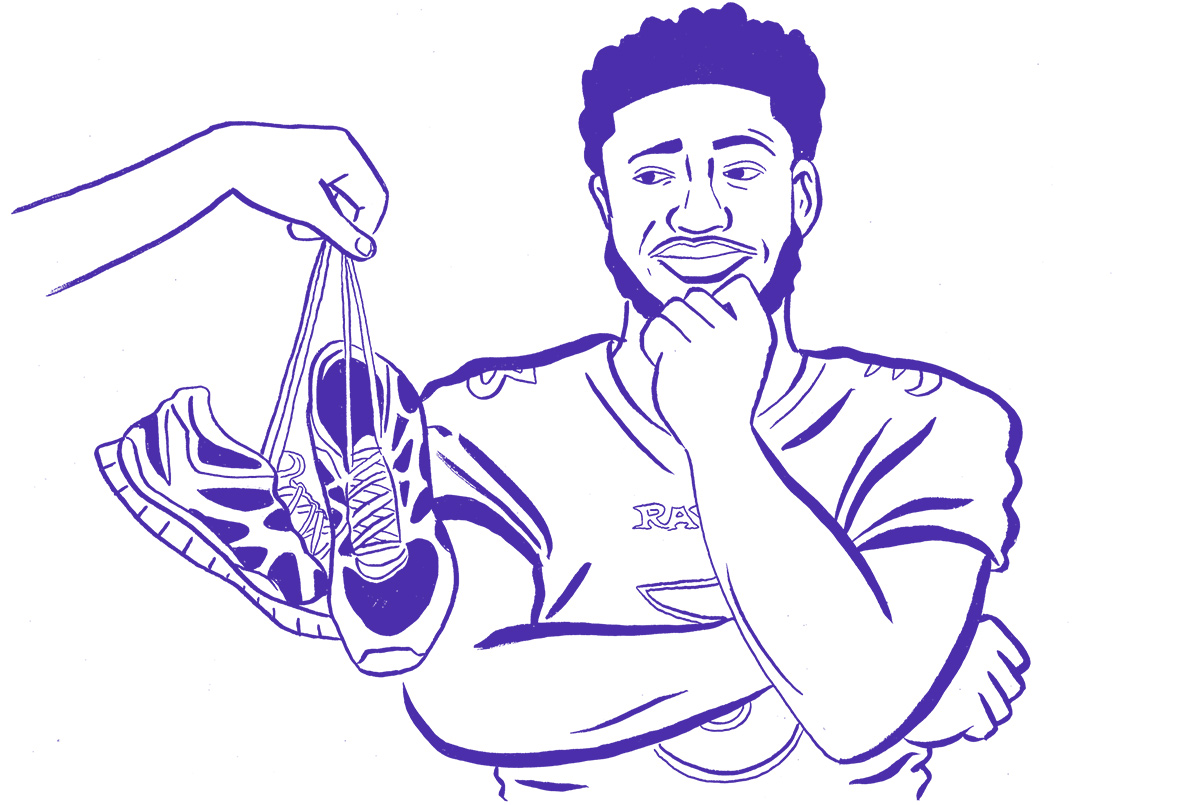 Baltimore Ravens quarterback Robert Griffin III, who ironically was run out of Washington faster than Usain Bolt in the 100 meters, said he contemplated transitioning back to track and field after losing his job with the Cleveland Browns in 2017. Boston Celtics center Enes Kanter, finally being able to touch championship gold in his eight-year career, won — and lost 30 seconds later — the WWE 24/7 championship ahead of a taping of Monday Night Raw. The NBA, still fuming, nine years later, over the Jaden Smith remake of The Karate Kid, banned the “ninja-style headwear” players began wearing last season. Kent State University officials, who likely think Title IX is the name of the most recent Final Fantasy video game, stopped a women’s field hockey game in double overtime because pregame fireworks were planned for a Golden Flashes football game that same day. 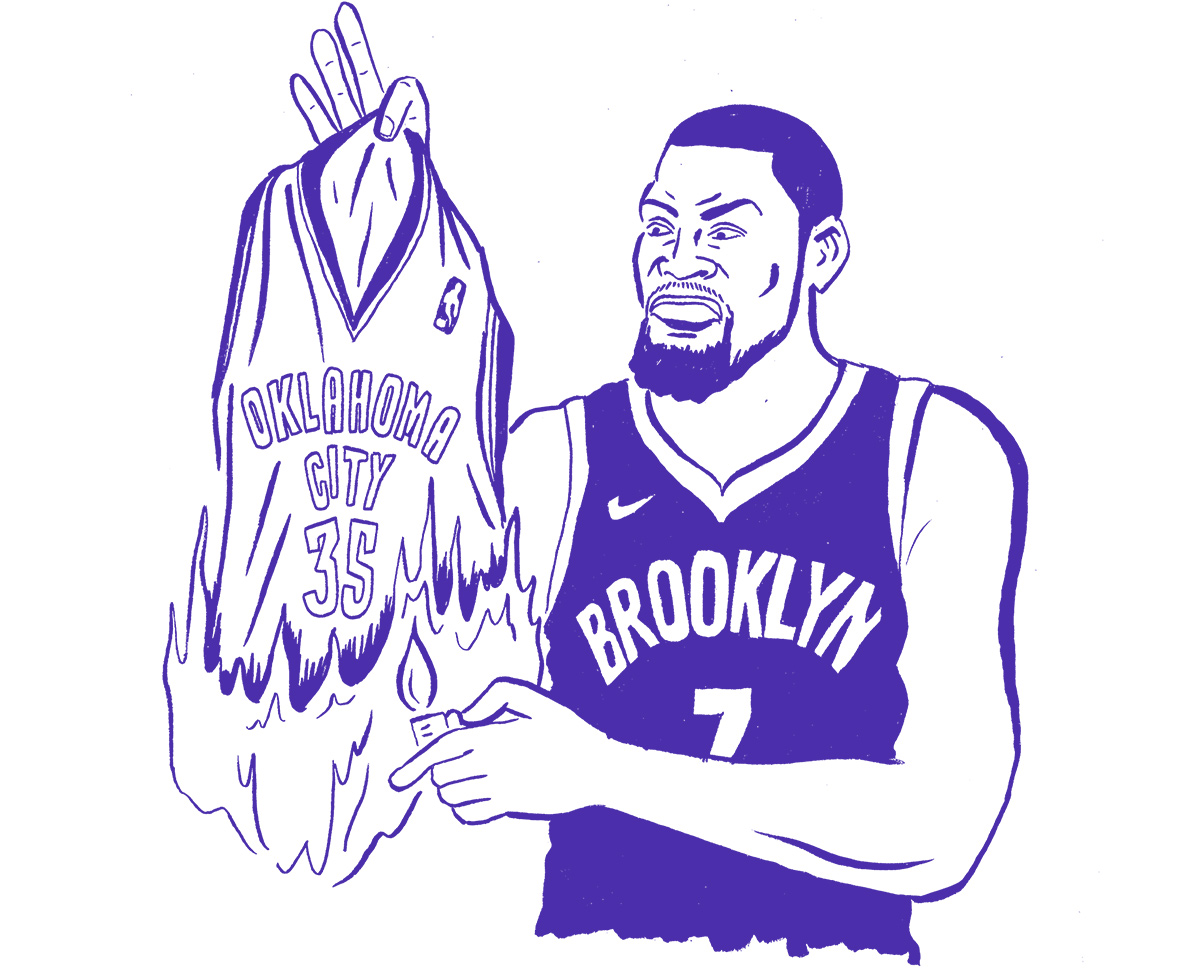 Dallas Cowboys defensive end DeMarcus Lawrence, embodying the Michael Jordan ethos of “f— them kids,” declined a request from a little boy for an autograph, telling the boy to “get the right jersey, son” because the kid had on a New York Giants jersey. Former NFL running back Marshawn Lynch, whose fan base will jump opposing fans 20 feet away from the Oakland-Alameda County Coliseum rather than directly in front of it, is now the co-founder and co-owner of the Oakland Panthers indoor football team, which will play its games at the former Oracle Arena. Browns receiver Odell Beckham Jr., being a true company man by distracting everyone from Cleveland’s season-opening blowout loss to the Tennessee Titans, said he will continue to wear the $190,000 watch he wore in Week 1. Brooklyn Nets forward Kevin Durant, sounding like any American who has ever spent even a second in the state of Oklahoma, said he will “never be attached” to Oklahoma City again after the way Thunder fans treated him after he left for the Golden State Warriors in 2016. 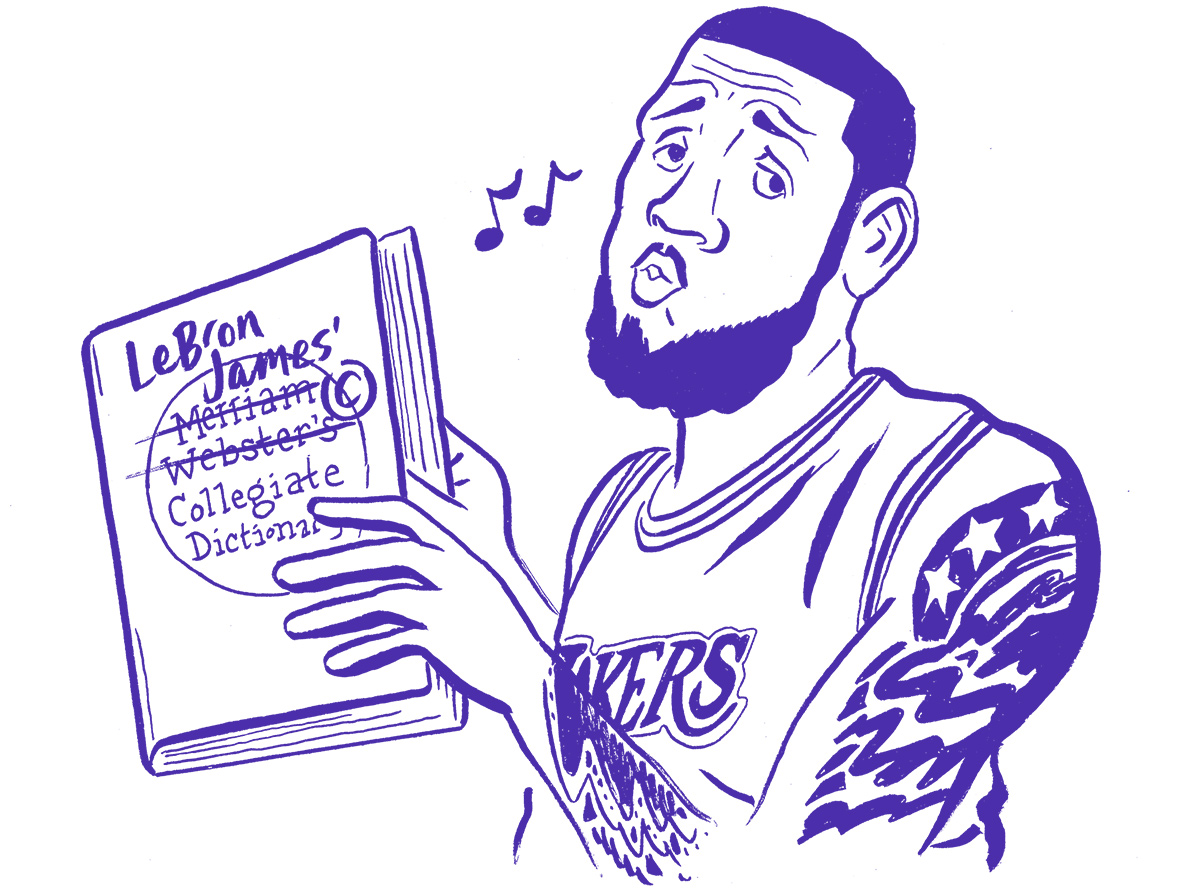 The NCAA, which would probably argue that conference realignment is about introducing collegiate athletes to domestic exploration, said a California state bill that would allow players to profit from their likenesses would “upend the balance” in collegiate sports. Musician Wyclef Jean, like if Browns owner Jimmy Haslam advised former Cleveland linebacker Mychal Kendricks to stay away from committing fraud, said while Charlotte Hornets owner Michael Jordan’s $1 million donation to a Hurricane Dorian relief fund is “100% a big deal,” Jordan should make sure “that the money is really allocated right.” Los Angeles Lakers forward LeBron James, like Andre Iguodala with a wide-open lane to the basket, was blocked from trademarking the phrase “Taco Tuesday” by the U.S. Patent and Trademark Office. U.S. Customs and Border Protection, which likely will identify Charles Barkley as a person of interest, confiscated 28 counterfeit NBA championship rings from a wooden box shipped from China at Los Angeles International Airport. 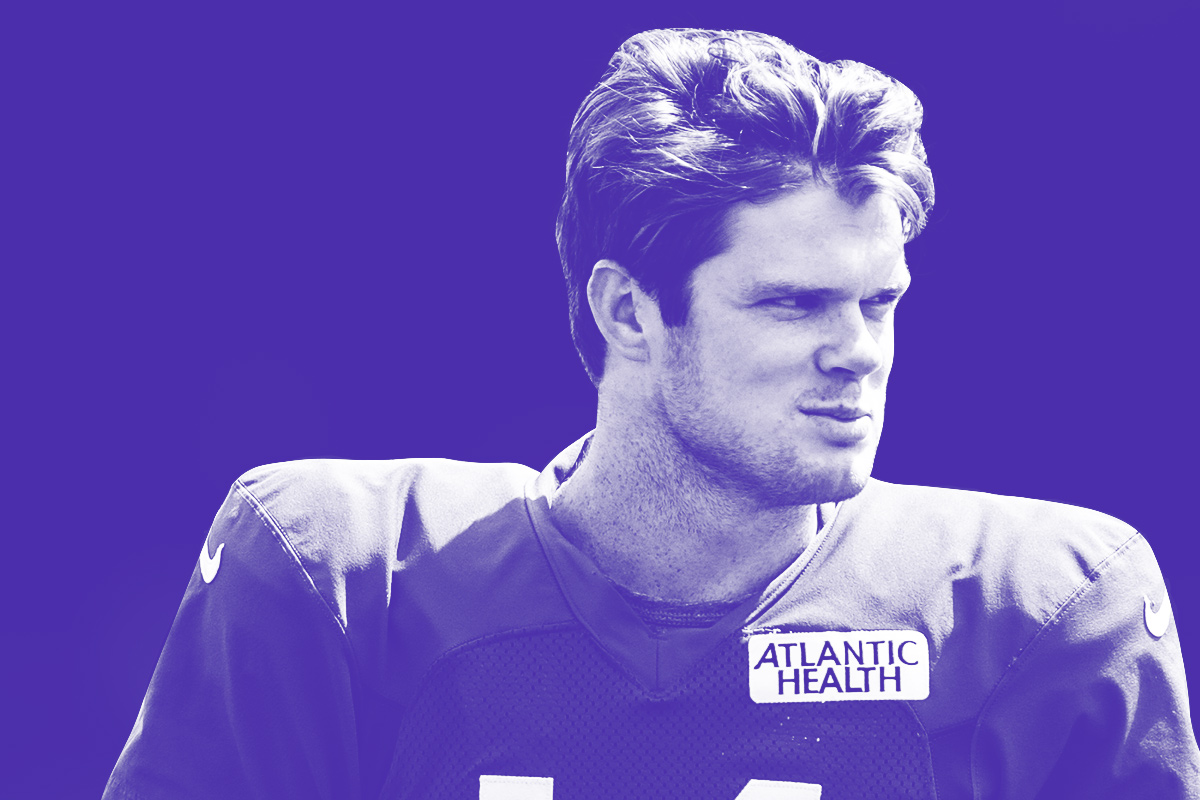 New York Jets quarterback Sam Darnold, perhaps learning one too many lessons from Jets great Joe Namath, was ruled out indefinitely after being diagnosed with infectious virus mononucleosis, otherwise known as the “kissing disease.” Horse racing trainer Bob Baffert, pulling the NFL “Adderall” defense for failed drug tests, attributed Triple Crown winner Justify’s positive test for a performance enhancer to “environmental contamination caused by the presence of Jimson Weed in feed.” The University of Tennessee, which in the coming weeks will likely argue that a four-year athletic scholarship is adequate payment for college athletes, extended a full-ride scholarship to a Florida fourth-grader who was reportedly bullied for wearing a homemade Volunteers T-shirt. USA Basketball managing director Jerry Colangelo said, after the men’s basketball team lost to Serbia in the fifth-place consolation bracket at the FIBA World Cup, that he will “remember” those NBA players who pulled out of the player pool when it comes time for the 2020 Tokyo Games roster, prompting various NBA stars to respond, “Remember it, write it down, take a picture, I don’t give a f—.”