Homesick and in Europe, Shakyla Hill balls out for her third career quadruple-double

Former Grambling State basketball star Shakyla Hill is the quadruple-double queen for a reason. Since 2018, she’s collected a quadruple-double a year. A new decade just started and she’s continuing the trend in her first season playing professionally.

She leads the team in points, assists and rebounds, averaging 15 points, 7.1 assists and 6.1 rebounds through 15 games this season in the Women Adriatic Basketball Association.

Hill, 24, got her first two quadruple-doubles while starring at Grambling, becoming the first NCAA Division I player to get two in a career. Her first came on Jan. 8, 2018, against Alabama State, where she had 15 points, 10 rebounds, 10 assists and 10 steals. Her second was on Feb. 2, 2019, against the University of Arkansas-Pine Bluff. Her stat line was 21 points, 16 rebounds, 13 assists and 10 steals.

She had hoped to be drafted into the WNBA or to sign with a team as a free agent after her senior season. But being overlooked fueled her determination to play professionally wherever she could. She signed with ZKK Kraljevo last September. Hill led Grambling to two Southwestern Athletic Conference tournament appearances and won the 2018 conference tournament MVP award. Her relentless hustle and ferocious play earned her the nickname “The Big Dog” from her teammates.

“I actually never thought I’d get another one,” said Hill, in the midst of the team’s 7-8 season. “I’ve gotten close a couple of times but I really never thought I would. I don’t think people realize the kind of motor and heart and all-around grit and focus you have to have to get one. You have to be completely locked in and in tune with your body because you have to give everything on both sides of the floor.”

During halftime of the game, one of Hill’s teammates took a look at her stats because she thought Hill was doing well. That’s when Hill realized she was well on her way to a quadruple-double in her first season as a pro athlete. At the half, Hill had nine points, six rebounds, six assists and seven steals.

She said she felt every bit of the pressure of having to get another quadruple-double because during halftime, she sent a text to her family saying she “might get one.” The nervousness cost her a couple of turnovers, but in the final 50 seconds she got the last steal she needed to complete the quadruple-double, plus another steal.

At the final buzzer, fans of Team ZKK gave her a standing ovation and she was congratulated by teammates. Hill said that instead of going out to celebrate like the rest of her team, she stayed home and kept a promise to the 10-year-old son of one of her teammates and enjoyed a movie they’d planned to watch before the game.

Playing in Serbia has brought Hill an overseas fan base and teammates she cherishes. But moving to Kraljevo, about 5,500 miles from her home in Little Rock, Arkansas, has taken a toll, especially when she had to spend her first Christmas away from home, friends and family.

In December, Hill said she called her family crying because she was homesick. She was ready to pull the plug and quit playing ball in Serbia. Hill was used to having at least one of her family members or close friends in the stands for support, if not all of them. 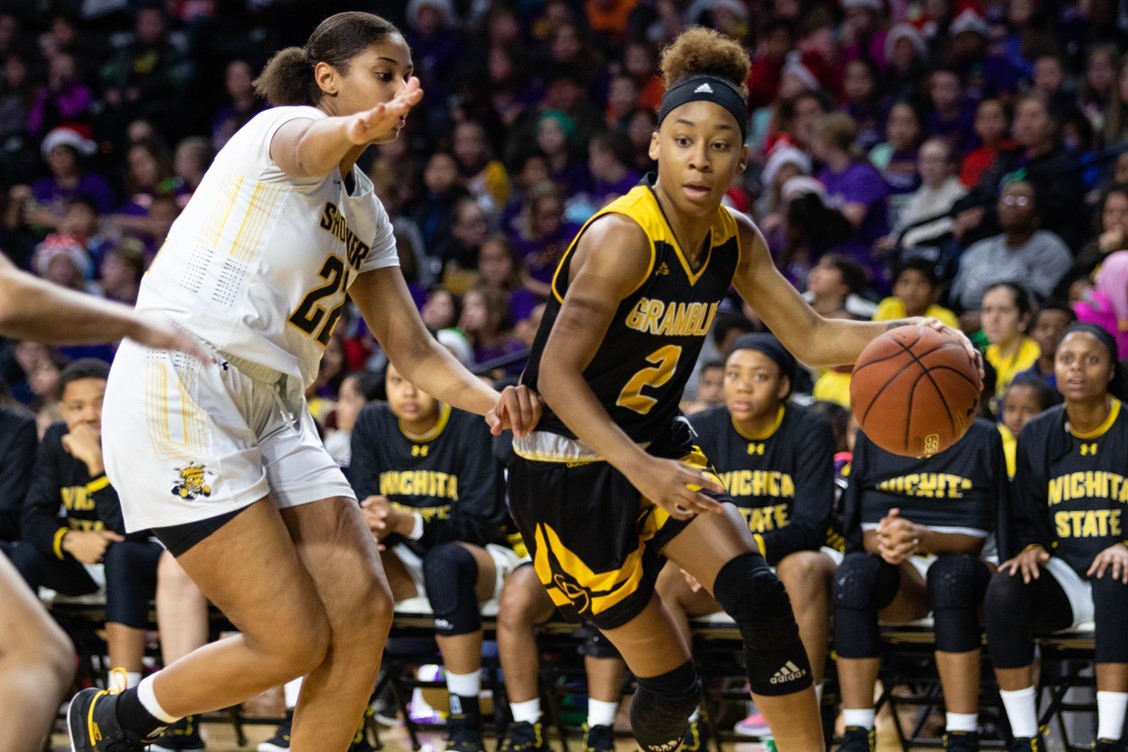 For Grambling’s Shakyla Hill, quadruple-doubles are great but she wants W’s Read now

Lauren Caroll, one of Hill’s closest friends from Little Rock, was one of Hill’s supporters in the stands throughout her collegiate career. Now she supports Hill by watching her games streamed online. Hill would often tell Caroll about being homesick and thinking that being away from home wasn’t going to pay off and was a waste of time.

“She’d call and be like, I’m missing out on everything and getting left behind,” Caroll said. “She would call and tell us she’s homesick and we would just have to tell her to handle her business and we’ll be here when you get here.”

So her third quadruple-double couldn’t have come at a better time. She’s not so much in a rush to go home now and her main focus is winning the remaining games for her 7-8 team. The team has three more regular-season games this season before the playoffs.

“It’s amazing how I’m the biggest advocate for trusting the process and I was almost about to give up in the middle of mine,” Hill told The Undefeated. “God has a way of really showing you your purpose when you feel like your back is against the wall.”

Deja Harrison is a sophomore mass communication major from New Orleans. She is a Gramblinite Sports writer and GSU-TV reporter at Grambling State.