As South Carolina State football coach Oliver “Buddy” Pough entertained three recruits this week, he could sense the young men were impressed by the friendly environment on the Orangeburg campus. But had he observed any wavering among the student-athletes, he knew he had a trump card that he could put into play.

“I could just tell them what our players accomplish here,” Pough said. “This year, it would be to just tell them about our three guys and what they’ve been doing in the postseason.”

That representation is impressive for any school. But particularly impressive for South Carolina State, which is the only FCS school to have players in those three games this season.

“For me to go to the Senior Bowl, and to play against big-name talents from schools like Alabama, Florida and LSU was a great experience,” said Taylor, a massive 6-foot-9-inch, 310-pound offensive lineman who initially transferred to South Carolina State to play basketball after attending Appalachian State on a football scholarship. “We have some great talent that come through HBCUs that sometimes don’t get recognized.”

There was an era in football where talented players from historically black colleges and universities (HBCUs) made names for themselves in college and pro football — and beyond. Fifty years ago, there were 14 HBCU alums who played in the 1970 Super Bowl.

“Our players have a lot of pride, and we have a great history,” Pough said. “Our representation over the years shows that we do things the right way.”

That rich tradition continues with Leonard, the fierce linebacker as a 2018 second-round pick by the Colts who earned first-team All-Pro honors in 2018 as a rookie linebacker, followed by being named to last weekend’s Pro Bowl after being named to the All-Pro second team. After his senior year in Orangeburg, Leonard dominated the Senior Bowl with a game-high 14 tackles. 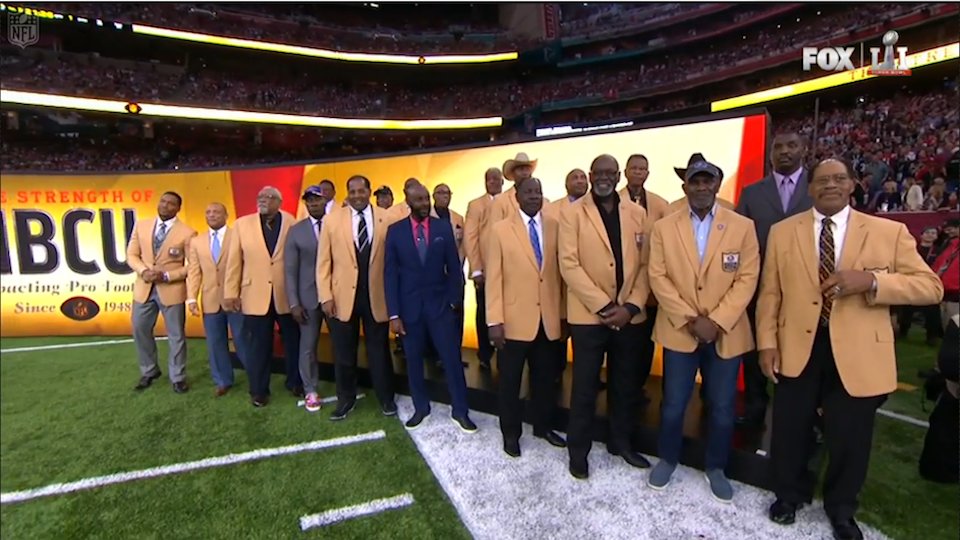 At Super Bowl LI, the NFL showed some love for its HBCU Hall of Famers Read now

Brown has not been a prominent a player in his rookie season with the Chiefs, but he has managed to reach the game’s ultimate game as a reserve cornerback. Coincidentally, Brown was signed twice — and cut twice — earlier this season by the San Francisco 49ers, the team he’ll face on Sunday (he was also signed and eventually waived by the New York Jets and the Philadelphia Eagles). He was signed to the Chiefs practice squad just before days before the season opener and played his way into the rotation as a reserve.

“He’s a great story, didn’t even start for us until his redshirt junior season and he has always continued to work hard,” Pough said of Brown. “How many guys get cut twice by a team in a season and wind up playing against them in the Super Bowl? He’s such a great kid and I’m really happy for him.”

After watching Leonard and Taylor in the Pro Bowl and Senior Bowl Jan. 26, Pough is looking forward to getting comfortable in his favorite chair at home once again to watch Brown on football’s biggest stage.

“This has been a big topic around this way, everybody’s talking about what our players are doing,” Pough said. “We produce young men who can compete on any level. It’s great they’re being recognized.”