Euro 2020: where globalization runs the pitch

One of the world’s biggest international soccer tournaments in the spotlight, the continent showcases stars from everywhere

When Ricardo Rodriguez of Switzerland stepped to the penalty spot in the 55’ to try to take the lead against neighbors France on Monday, even commentator Jon Champion took note of the left back’s fascinating lineage before he ever got close to striking the ball.

“The responsibility of taking it falls to a man born in Zurich to a Spanish father, a Chilean mother, plays in Italy – a veteran, on 10 years with the national side,” the Englishman said. “No ordinary penalty, this.”

The free kick from the spot was saved, but the Swiss went on to win the match and knock France, the FIFA World Cup champions, out of Euro 2020, a perfect encapsulation of the shift that’s taken place in the last 20 years of international side soccer. No longer is it just the traditional neocolonial world powers that can use their formerly violent might to dominate in the sporting world, but the nations that accept many as their own can compete, too.

Euro 2020 is the name of the tournament, but like the year that changed our lives forever, nothing is quite the same. For one, it’s being played in 2021. More importantly, there is no single host nation. That was by design, but it’s still a little weird. For the participating nations, the rosters themselves tell a story of a world changed not just by a virus, but from years of the most powerful force on earth in the modern world: globalization.

Across Europe, the rhythms and patterns of human movement and their effects on the continent have never been more obvious than they are today on the pitch. So-called traditional powers have faces in places that we previously never would have expected and with FIFA’s new rules for classification allowing players far more freedom in picking which part of their heritage they want to represent in their quest for silverware.

Effectively, if your parents or grandparents had any appreciable connection to a certain country, a player is eligible to play for said nation, should they want them. On this side of the pond, Jordan Siebatcheu, who plays for the U.S. national team, was eligible to represent three nations: Cameroon, France and the U.S. He chose the Americans, but he doesn’t even speak English.

While the stories of Belgian superstar Romelu Lukaku and English standouts Raheem Sterling and Marcus Rashford are relatively well known, there are a few characters who’ve made their mark on the tournament whose footprints are less well known globally, but are equally fun and instructive.

Take Alexander Isak, the Swede whose team won Group E while conceding exactly zero goals in the group stage. Born to Eritrean parents in Stockholm County, he’s now arguably the face of Swedish soccer, overtaking the great Zlatan Ibrahimovic, whose recent antics have proven that his worldview has not progressed with the rest of the world.

Isak is the youngest goal-scorer for Sweden, and as a player for Borussia Dortmund in Germany’s Bundesliga and Real Sociedad in Spain’s La Liga, the 21-year-old’s global travels are already quite impressive. 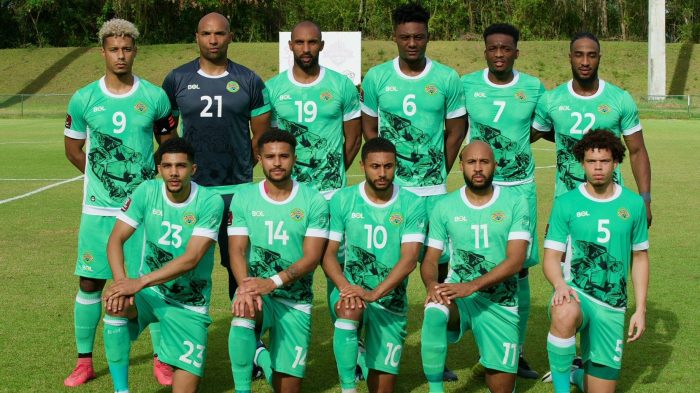 As of 2019, there were nearly 45,000 Eritreans living in Sweden. According to the Swedish Migration Agency, nearly 2,000 Eritreans sought asylum in the Scandinavian nation, looking to escape their government’s gross human rights violations, according to the United Nations, a situation so dire that the organization instituted a relocation program across Europe in 2015 to provide Eritreans safe passage to other nations for refugees, a situation that was not always met with open arms.

According to the U.N. Commission of Inquiry, “the government of Eritrea is responsible for systematic, widespread and gross human rights violations that have created a climate of fear in which dissent is stifled, a large proportion of the population is subjected to forced labor and imprisonment, and hundreds of thousands of refugees have fled the country.”

But family unification has been an issue writ large, and forced military service in the country has pushed more people to flee, with no guarantees of acceptance where they land.

The country most well known for blond hair and blue eyes is led by a young Black man, who like it or not, was born there. And they lost in a thriller and a half in Sweden’s knockout stage matchup with another fascinating nation, Ukraine.

“This is a very emotional moment. I am extremely happy to become a Ukrainian citizen and get the chance to play for the national team. I need some time to learn the language.”

In September 2017, those were the words of Marlos, born in São José dos Pinhais in Brazil. He moved to Ukraine in 2012, to play for FC Shakhtar Donetsk after they paid him a hefty bonus to do so. In short, for the right price, you too can live in a relatively isolated nation to play the game you love.

Of course, that option introduces a difficult topic. The lifeblood of national team soccer for years has been, somewhat obviously, nationalism. If people can basically buy passports to play soccer, then are we tearing apart the very fabric of what it means to be a citizen? So how does it differ from club soccer, where so many players move from team to team with the hopes of gaining glory?

Well, in the case of Marlos, he fully bought in. He won Ukrainian Footballer of the Year three times. He lives there. For a Brazilian-turned-Ukrainian, that’s not the typical direction in which the trade winds blow, if you will.

But for anyone to change their country of residence to pursue their dreams? Who’s to stop them. Countries across Europe benefit from their territorial relationships with places they conquered through violence or other means in order to better their standing in various walks of life. Meaning, if governments can fill their coffers with the residue of colonialism and conquering, players should be able to use that same power to play a game. It’s as good a reason as any, like so many other migrant workers worldwide who do whatever they can to make a living.

If a nation is willing to have you, who is FIFA, never mind UEFA, to not allow it? If the French 1998 World Cup team can be full of players whose heritage is rooted in the violent takeovers of global conquest, there’s no reason to bat an eye, just because a guy with brown skin is competing for a Balkan nation.

Zinedine Zidane, the star of that team, a Muslim of Algerian Kabyle descent whose parents emigrated to Paris before the Algerian War in the ’50s, was their poster child. Patrick Vieira, another star of that team, his family moved from Senegal to France when he was a child. His last name is Portuguese. His mother is from Cape Verde, and that’s her maiden name.

Thierry Henry, perhaps the most well known of the squad stateside — his father is from Guadeloupe and his mother is from Martinique. Those islands in the Atlantic Ocean don’t just speak French because they love the language. 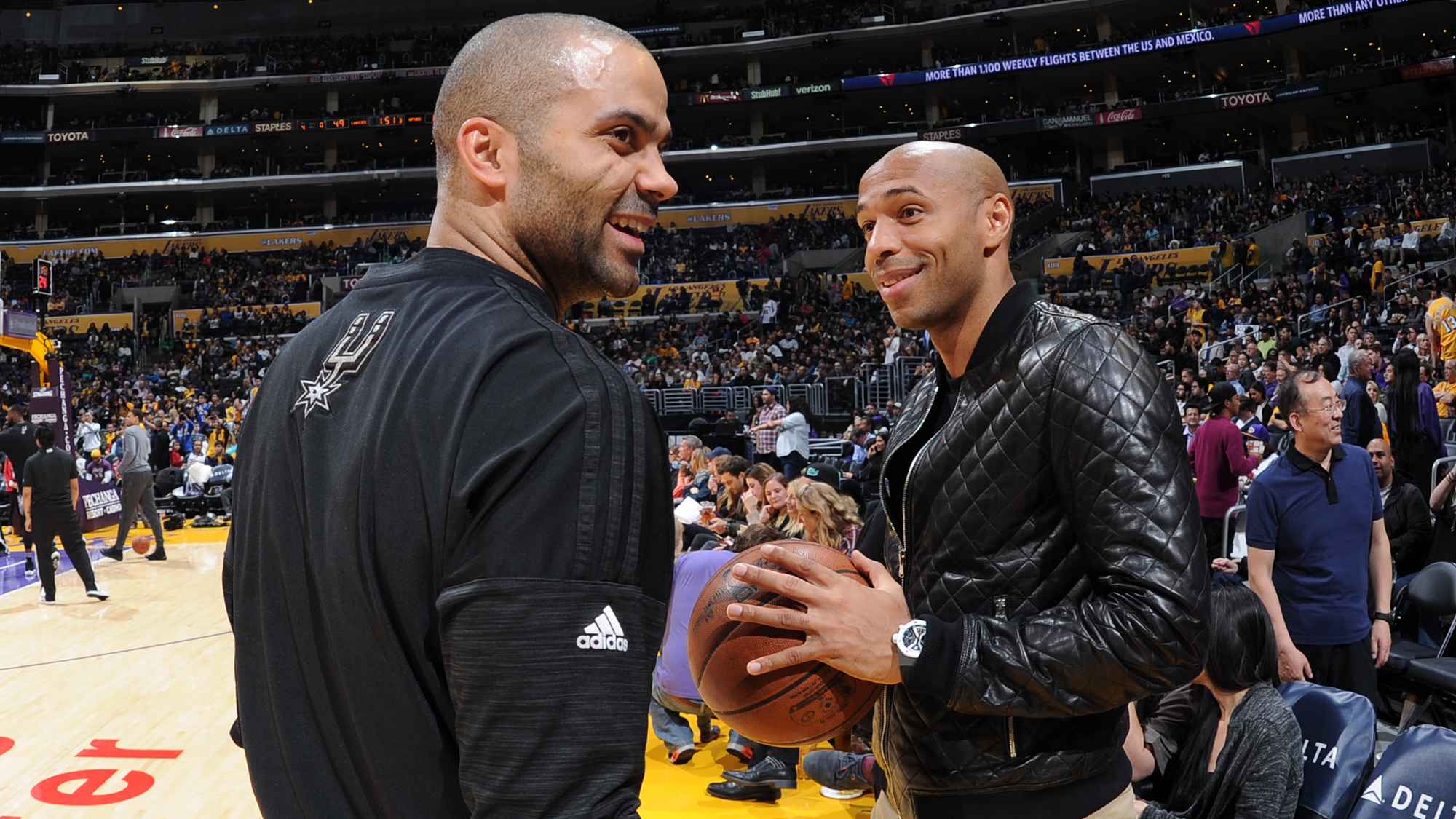 Sorry that Ukraine didn’t just conquer a country for a soccer roster, it instead did it the nice way.

“It was his own decision. This is quite good news for Shakhtar as we now have one more Ukrainian player. It is also good for the Ukraine team,” Shakhtar coach Paulo Fonseca said back in 2017 after Marlos posted a picture of himself with his new passport on social media.

“Marlos is a quality player with outstanding personal qualities. I think he will be of great help for the Ukrainian national team.”

It’s a chance he deserves if he’s willing to take the relative “risk” of leaving his home country to uplift another.

Vienna is known as one of Europe’s most classic cities. The large performance houses, the traditional dirndl dresses, it all is celebrated as typical Austrian lore, known across the continent. They even have their own form of the German language. But for Austrian national team captain David Alaba, his path to greatness does not flow down the Alps that so many skiers cruise down regularly in the landlocked nation.

Having played for Bayern Munich for more than a decade, he is widely considered one of the best left backs on earth. The Austrians have made appearances in the last two Euro tournaments with his leadership, and gained from hundreds of appearances with the Bundesliga and Champions League title winners from various seasons over the years.

Although he was born in Vienna, his lineage comes from two continents. His mother was a Filipino nurse. His father was a Nigerian rapper and DJ. His sister is also a recording artist. Yes, they’re apparently the coolest family on earth.

“We’ve always had a very close relationship and done everything together,” Alaba said in a 2018 interview. “Particularly when I first came to Munich, I really felt the support of my family and came to appreciate it. My parents have yet to miss a single home game.”

What a sight. An Asian nurse and an African prince cheering on their European son. The family’s mutual bond through music must make game night a blast in their house. Austria couldn’t knock off Italy, but lost to the Italian side that squeezed by with a late 2-1 victory in Wembley Stadium. The Azzurri, a decidedly favored team with its own fascinating histories of populations, were the victors that day, but Alaba will soon probably ascend to a status much larger than “Big in Europe.”

And if we’re lucky, we might just get a holiday album out of the deal, too.