Where are the Black managers in European club soccer?

Despite the diverse talent playing in top leagues in England, France, Germany, Spain and Italy, only two teams are led by Black managers

As the fallout from Brian Flores’ lawsuit against the National Football League continues to unfold, American football isn’t the only sport to have an embarrassing lack of Black head coaches.

As another European club soccer season concluded Saturday with Real Madrid beating Liverpool 1-0 in the UEFA Champions League Final, the world’s biggest leagues continue to have a bevy of Black players of African descent, only for these same players to barely get near the managerial ranks following their playing careers.

Of the 98 clubs that consist of the big five UEFA leagues (England’s Premier League, Spain’s LaLiga, Germany’s Bundesliga, Italy’s Serie A and France’s Ligue 1), only two currently have managers who are Black: Frenchmen Patrick Vieira of Crystal Palace and Antoine Kombouare of Nantes. Three of those five top leagues in the world feature no Black managers and have had years of this despite the number of Black players who play in LaLiga, the Bundesliga and Serie A. The Premier League is the only one of the European big five that has clear data on the numbers of Black players in its competition (33%), but one can turn on any game in the other four prominent leagues and see a large representation of Black players.

Despite those managerial statistics, there have been some notable achievements from Black soccer managers in the last few months to further prove that they are just as capable as their white counterparts of being great tacticians. 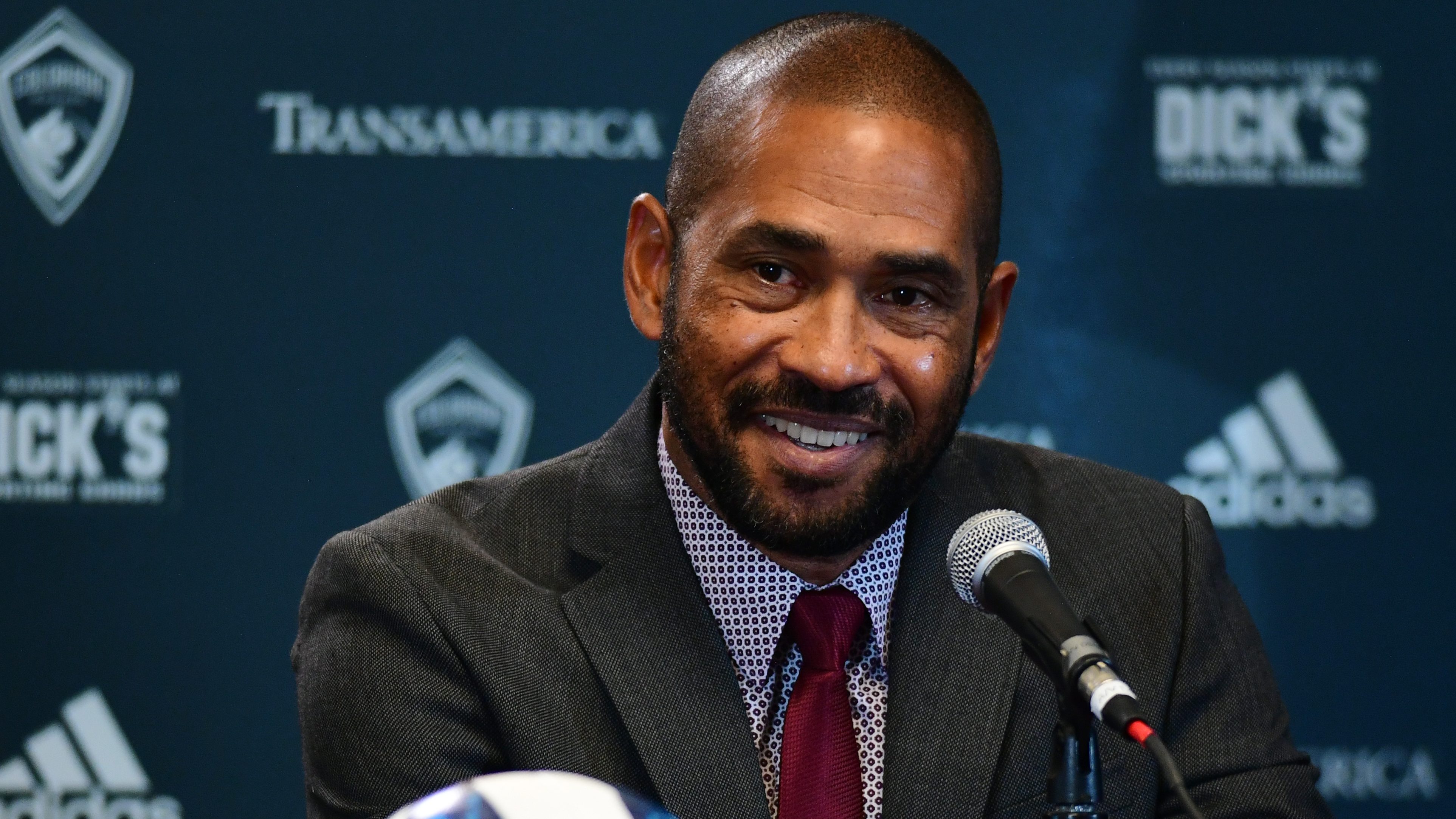 At the top of that list is Vieira, the legendary Arsenal player and 1998 World Cup-winning midfielder. Elegant, intelligent and intense when he was a player, Vieira has transformed himself from one of the great midfielders the game has ever seen to become one of its best young managers. Crystal Palace finished the season comfortably mid-table, 12th in the competitive Premier League.

In addition to a great league campaign for Vieira, he guided Crystal Palace to its first FA Cup semifinal since 2016. Reigning UEFA Champions League and Club World Cup champion Chelsea proved just a bit too much for Palace in the 2-0 semifinal defeat for Vieira’s team, but Palace once again showed how dangerous it is to any opponent by having two clear chances to score. Those close moments for Cheikhou Kouyate and Marc Guehi could have easily placed the Eagles back into the FA Cup Final after six long years. It would have been a remarkable feat considering they were without the services of terrific talent Conor Gallagher, ineligible to play against his parent club on loan from Chelsea.

The reason for Crystal Palace’s great season is because Vieira has vastly improved Palace’s style of play from a boring, somnambulant team under his predecessor Roy Hodgson into an enthralling, exciting array of lightning-quick attacks. Hodgson represents the many white managers (Sam Allardyce and Steve Bruce are two others) who continue to be recycled by relegation-threatened Premier League clubs or promotion-hopeful Championship sides in England. These retread decisions by English clubs further the trend of indirect discrimination of Black candidates to manage in the sport.

Former Chelsea star forward and Dutch international Jimmy Floyd Hasselbaink has been vocal about these problematic anti-Black cycles repeating themselves, as well as noticing how his white peers, such as his former Chelsea teammate Frank Lampard and Liverpool legend Steven Gerrard, get great head-coaching gigs right after retirement. Hasselbaink, who currently manages Burton Albion of EFL League One after tenures in charge of Northampton Town, Queens Park Rangers and Royal Antwerp, has expressed his doubt that a Rooney Rule in English and European club soccer would vastly improve Black managerial hiring.

“Don’t get me in because I am Black and it ticks a box, just to make them look good,” Hasselbaink said to Sky Sports. “I have had that feeling before. These owners have eight to 10 Black players playing for them, so why not put a Black manager in the process without the Rooney Rule? It is not easy to get in front of people and get the opportunity.

“I am not attacking the person and I like to see him where he is now, but if you look at Frank Lampard or Steven Gerrard in their first jobs, what they get … that is an opportunity that has been given to them.”

With Flores’ lawsuit accusing NFL teams of violating the spirit of the Rooney Rule by interviewing minority candidates despite no genuine interest in hiring them, Hasselbaink has evidence.

Besides Vieira, there are other Black managers who have recently achieved notable success.

Aliou Cisse, who scored a famous win over Vieira when his Senegal side defeated then-world champion France in the 2002 World Cup opener, has led Senegal to back-to-back World Cup trips and an Africa Cup of Nations title as manager. Cisse’s fellow 46-year-old Otto Addo led a Ghana team in crisis as an interim manager to defeat its more talented, bitter rival Nigeria for a spot in the 2022 World Cup in Qatar. At the center of Addo’s temporary hire was new Ghana technical adviser Chris Hughton, arguably the most successful Black manager in Premier League history.

In America, Colorado Rapids Jamaican-born manager and former national team player Robin Fraser was a nominee for the MLS Coach of the Year award last season. Along with the Chicago Fire’s Ezra Hendrickson, Fraser is one of only two Black managers in MLS right now, a league that has had only seven full-time Black managers (Ruud Gullit, Denis Hamlett, Vieira, Aron Winter and Thierry Henry were the other five) in its 28-year history, making his historic accomplishment of following Vieira’s nomination for Coach of the Year in 2016 more noteworthy.

Maybe the most impressive Black soccer manager story right now is located outside of Europe and America. South African Pitso “Jingles” Mosimane, 57, has become one of the world’s best managers for Egyptian powerhouse Al Ahly. Following his five South African Premier titles with the Mamelodi Sundowns, Mosimane was hired in September 2020 by Al Ahly to become the first non-Egyptian Black coach in its 114-year existence. All Mosimane has done in his 20 months in charge of Al Ahly is guide them to back-to-back African Champions League titles and an Egyptian Cup crown. 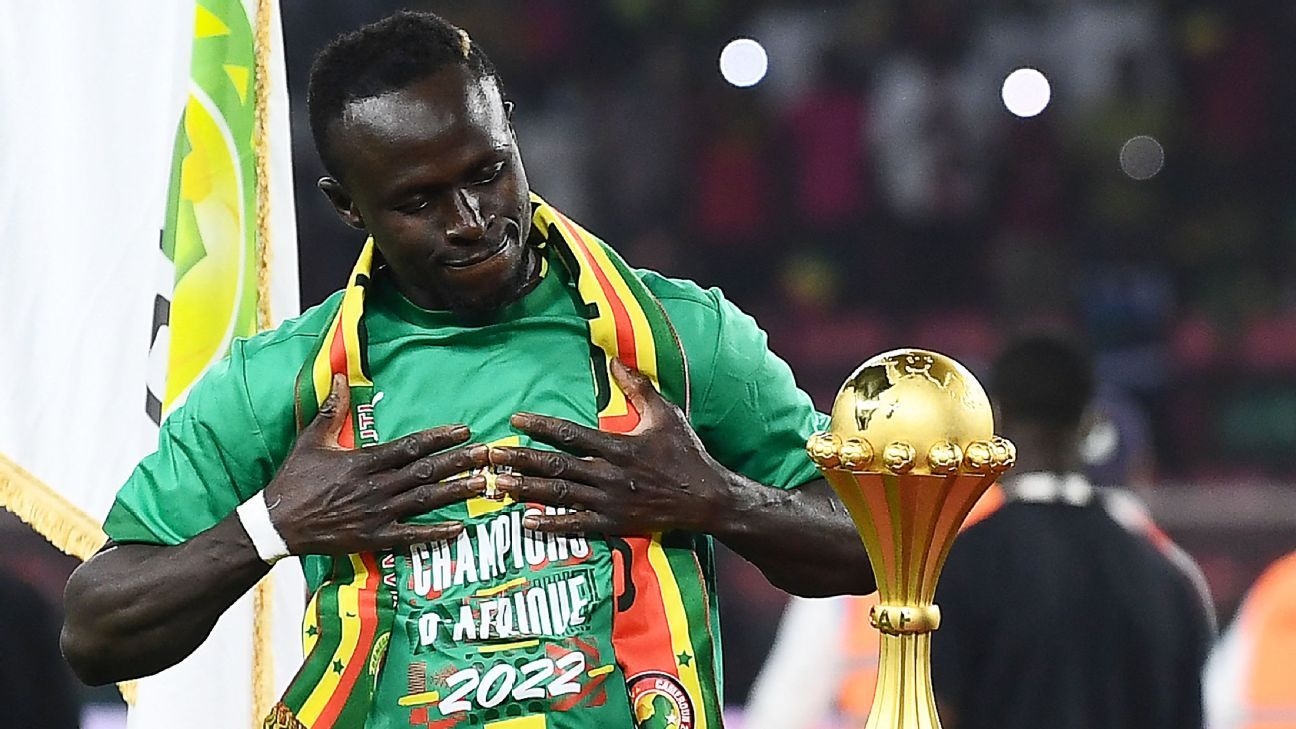 Unfortunately, all of those Black managers are primarily coaches due to being accomplished past professional players. Without distinguished soccer-playing resumes, it’s difficult for Black men or women to become managers in top leagues or for top clubs. It’s almost impossible at the moment for any Black person without a notable playing career to become a manager in any notable league in Europe, MLS or anywhere else.

It shouldn’t take Vieira or any Black person in soccer being extraordinary at his or her playing career to be considered for a prime managerial job. Without his incredible pro career, Vieira would never be close to even coaching a team of teenagers at any prominent club, let alone obtaining one of only 20 coveted jobs in the world’s best professional soccer league. And just like with Black NFL head coaches, Vieira’s margin of error is lower than his white colleagues; the legendary midfielder should still be the manager for Ligue 1’s OGC Nice following their midseason firing of him two years ago.

Although there hasn’t been a European equivalent to Flores, where a coach has brought a lawsuit on any of the big five UEFA soccer leagues for their appalling decimal percentage of Black managers, the groundswell advocating for Black managers will only get louder and louder in soccer’s vocal push to end anti-Black racism and racism in all forms.