Cade Cunningham rookie diary: ‘If I can get the NBA Rookie of the Year trophy, obviously I’d love to have it’

The Pistons’ No. 1 pick in the 2021 NBA draft doesn’t appear afraid of the pressure that comes with his selection

Some of the greatest No. 1 draft picks in NBA history include LeBron James, Kareem Abdul-Jabbar, Oscar Robertson, Shaquille O’Neal, David Robinson, Elgin Baylor, Hakeem Olajuwon and Magic Johnson. There were also many who didn’t live up to the hype.

What will Detroit Pistons rookie Cade Cunningham’s story be when it’s all said and done? The No. 1 pick in the 2021 NBA draft doesn’t appear afraid of the pressure that comes with his selection.

“Being the No. 1 pick is something I’m very proud of, for sure, being part of a small group like that,” Cunningham told The Undefeated recently from the Pistons practice facility. “I watched basketball my whole life. Watched all the drafts. Being No. 1, it was crazy to me. It still is to this day. But the pressure thing, everybody has their own story to write. So I feel I’m the only one that has the authority to write my story. So, it’s never really pressure when it comes to that. It’s really more of an opportunity to show more about me than anything.”

Not only is the Arlington, Texas, native a potential NBA star, but he is also the father of a 2-year-old daughter. Through the course of this diary, the 20-year-old Dallas Cowboys fanatic will take the reader through the challenges of being a rookie on and off the court. Cunningham is also dealing with a left ankle sprain that could delay his possible NBA debut during the Pistons’ season opener on Wednesday against the Chicago Bulls.

The following is Cunningham’s first diary with The Undefeated.

Oct. 20 is a big day. First game. Opener. I get to officially join the NBA, and play my first game and get my feet wet. I’m excited for it. My people are going to be deep. Everybody’s coming out for that. I’m trying to get ready for it. My ankle is doing better. We are getting there.

I want to do my job. I’m in the NBA now and want to win. The only thing that gets real credit in the NBA is guys that win, teams that win. So being the No. 1 pick, you need to impact winning. Something I really try to pride myself on is how much I care. That’s something I really try to think about all the time and care about the most when it comes to playing the game: How I can help the Pistons win.

There are a lot of different reasons why I was picked No. 1, but I think it is just who I am as a person. One of the main reasons is the Pistons are confident that I can be good in any room and can communicate with people. That’s something you really want. And the first pick is somebody that can turn into a leader for your team and be a franchise guy.

I feel I’m collected. I compose myself well and I feel that translates on the court. There’s not really many situations where I just feel the situation is too big for me. The pressure is too high or I’m not ready for something. I feel I’m pretty confident in what I can do and who I am.

And then, obviously, how I can hoop. The film could speak on that.

If I can get the NBA Rookie of the Year trophy, obviously I’d love to have it. I was the No. 1 pick. That award is something that is mine to go get. I’m definitely going to attack the game. I’m definitely going to do what I do. But regardless, it’s a trophy. So I feel what I could build in that locker room is going to mean a lot more to me and worth a lot more than whatever hardware I can get. That’s just an individual award.

I’ve always dreamed about being in the NBA. But ever since I got drafted, now I can actually picture how it looks. What it’s going to be like. And I feel now I’m just preparing myself for that moment. And it’s crazy still that I’m here at this point, now. I’m excited to see what it actually looks like. And once I get there, you can’t brace yourself too much for something you’ve been dreaming about your whole life. So, I’m going to just be in the moment. I’m still taking it all in. I’m still in awe of everything, but I feel I am ready, though.

‘having [my daughter] there, it’s something that’s kept my head on straight’

Arlington’s home. I learned a bunch of stuff in Arlington, that’s where my fam is and all of my friends. I had to leave Arlington to go to Montverde High School [in Florida], so I think that almost built my love for my city even more, being away from it and just missing it so bad.

I have a really tight family. Blessed to have Mom and Dad in the house. They are still together. Both of them have this alpha-type mentality when it comes to working and going and getting what you want in life. But at the same time, they care so much about me, my brother and my sister. They weren’t going to let us slack. They made sure that we were working to get what we wanted, so blessed to have that for sure: somebody that pushed me and motivated me like that.

I fell in love with basketball and football early on. My pops was big time into football. My big bro was really good at basketball and a big-time basketball player. I love playing games, football every game day was my thing, but the practice was never. It was hot outside every time. So, I just like basketball better. I’d rather be in the AC and I could play year-round. It was just basketball was the way to go.

She’s always at my parents’ house when I’m gone. So I’m on FaceTime with her all the time. She’s always around whenever I come home. I try to check in, and get those extra trips back home as much as I can. But now it’s just so crazy with traveling and this new life that I’m in now. So, but having her there, it’s something that’s kept my head on straight.

”Detroit … I felt I could step in and be comfortable there’

I haven’t been out here in Detroit too long. I’m still trying to figure out what restaurants to go to. But I knew about the city before the NBA draft lottery happened. I listened to Detroit music. I had watched Detroit shows and movies and stuff like that. So, I knew the lay of the land a little bit. And so I felt the stars aligned once they got the first pick, I felt it was something that it wasn’t going to be, just foreign to me. I felt I could step in and be comfortable there.

There have been basketball legends that have come through the Pistons. And being a part of an organization that has already seen those types of guys come through, it’s incredible to be a part of that. Now it gives you this different confidence. You could be the next version of that. So, I got to go to the [2021 Naismith Memorial] Hall of Fame ceremony. It was crazy. I got invited to that. And to be in the room with Ben Wallace and all of those guys that have done so much for the game of basketball, it’s crazy.

I feel in most rooms when it’s basketball being talked about, I feel I try to make sure that I’m one of the main voices because I feel I know a lot about the game. I feel I can stay in conversation about basketball easily, but all those [former Pistons stars] in the private room at Hall of Fame weekend. I feel that was one time where I was really just quiet, trying to soak up as much as I could. There were several guys in there that have been through exactly what I’m about to go through and have done it at an extremely high level. So, to be able to hear as much as I heard from them in that room, I learned a ton. I got better that day. So, I was superthankful, though. 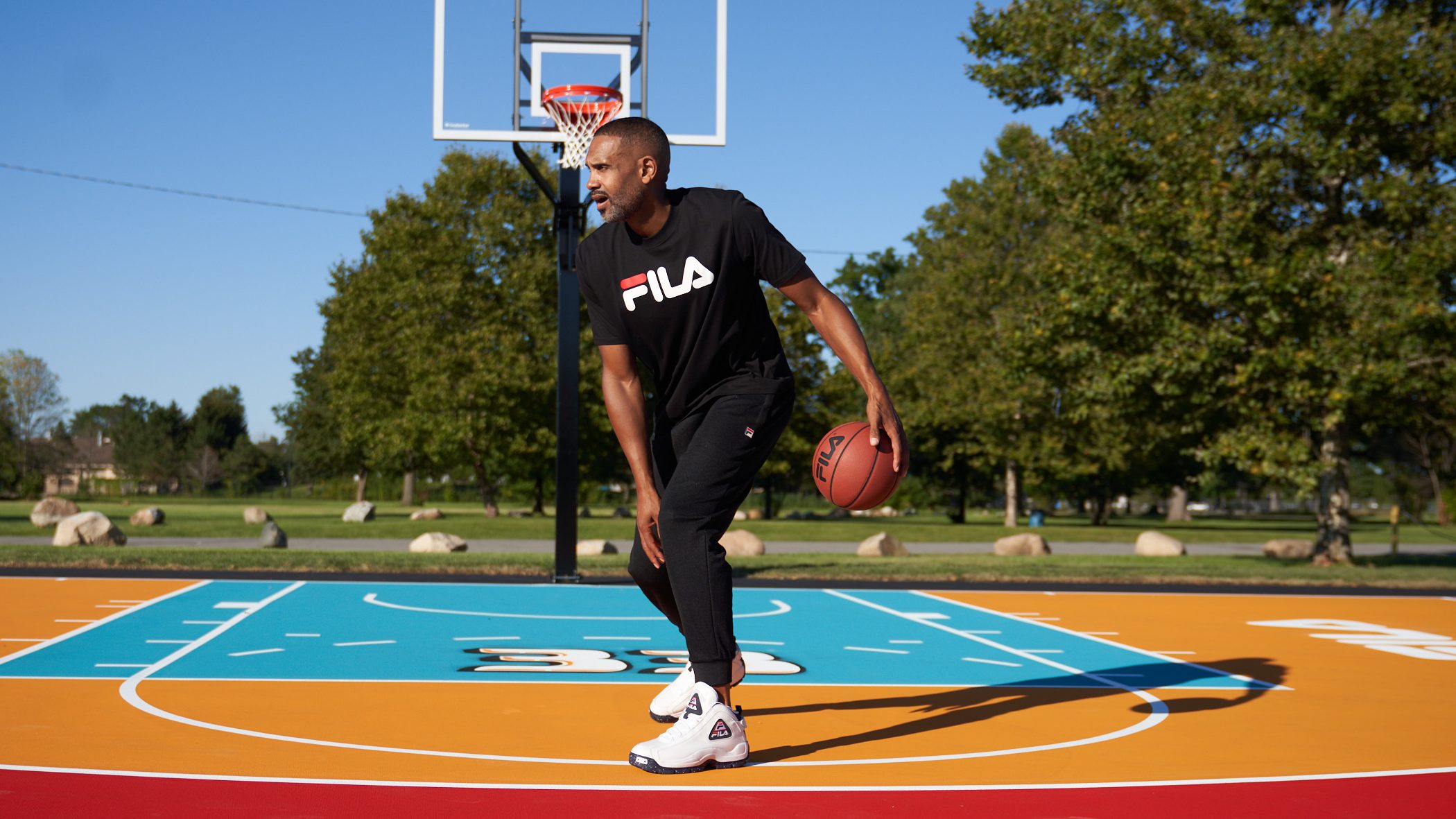 More than anything, Isiah, Rick Mahorn, those guys the whole time were talking about nothing soft. Everything you do is physical. You got to have grit to everything. And that’s something that I try to live by, but to hear how passionate that they were about it and to see how the teams that they played on played, it lined up perfectly and you can see that even off the court. They carried a swagger to them. So, what stuck with me more than anything was just how everybody carried themselves. I feel I picked up on how it matched, how they played and why they won so many games. So, it’s something that you want to imitate.

To get on that Hall of Fame stage, you had to do something. You got to be big-time. One day I want to be able to step on that stage and give my speech and talk about my journey to that point.