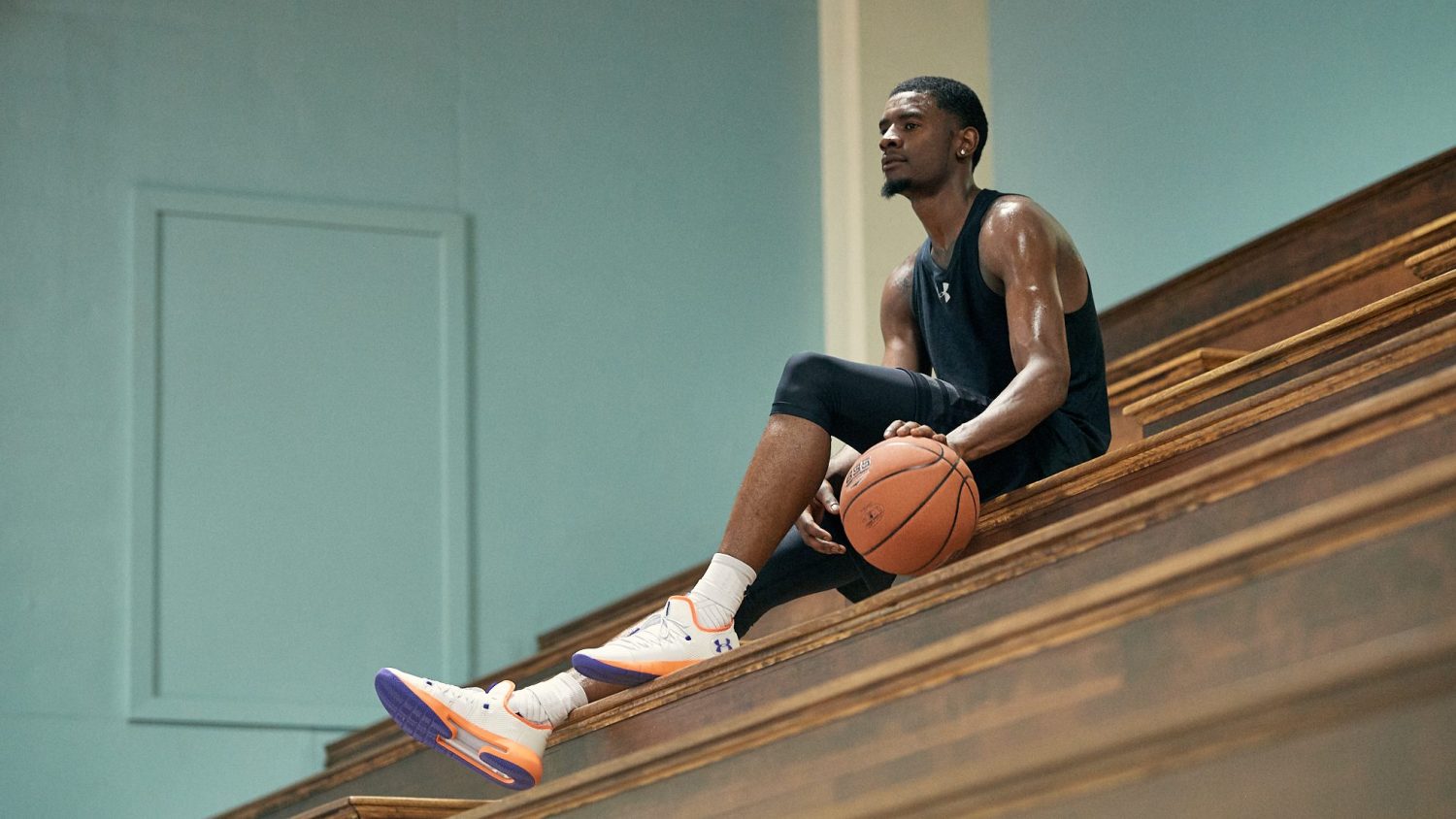 Suns’ Josh Jackson diary: What I like about my new look, new squad

Phoenix’s super soph on his rookie struggles, his haircut and Deandre Ayton

The pressure of living up to the hype of being the fourth pick in the 2017 draft. The roller-coaster ride of being a rookie in the NBA. The challenges of already having three head coaches in his young career.

In collaboration with The Undefeated’s Marc J. Spears, Jackson will be giving readers an exclusive look into his sophomore season, in his own words. The 22-year-old from Detroit isn’t afraid to say what’s on his mind. He once trash-talked with Hall of Famer Gary Payton while playing for a prep school in Napa, California, of all places.

The following is his first entry.

I feel like this is a big year for me to answer those questions.

This summer I dedicated myself to working as hard as I can, getting better and showing that I made a big jump from last season to this season. Hopefully I can come out and show everything that I can do.

I struggled a little bit during my rookie year, and all of it wasn’t my fault. I now have my third coach in a year. It was kind of hard to deal with that last year with the coaching changes. It was so many new things that’s coming at us so fast. And at the same time, we’re playing all these games, we’re taking flights, we’re going way across the country.

One of the biggest challenges was the difference in strength between me and some of the veteran players that I was matched up against. I had a lot of tough matchups because these guys are stronger than me. More skilled. More experienced.

But I had a really fun time learning from a lot of the veteran guys around the league. And I’m just picking up little things from them and then eventually being able to apply those things to the game and actually see them start to work.

When last season ended, I was preparing for the next season already by watching playoff basketball, trying to pick up and learn what I can. And one thing I did learn is that it was two completely different games — regular-season basketball and playoff basketball. They paid so much more attention to detail. You can just see all the thought that goes into the defensive schemes and plays that they run.

Just watching that shows me that I’ve got to get my mental game up as well as my skill level, my body, my physical.

About his new look …

One reason I cut my hair is because it’s too hot in Phoenix. Every day you’re walking outside to 110-, 115-degree weather. I just touched my hair and my hand would just be burning. I’d be sweating, and it was just too much.

Another reason, it was just too much waking up in the morning with sometimes half of my hair flat and the other half is all out. I would have to go to the mirror and fix it. Now I could just give it a couple of brushes and I’m good, so I just thought it’d be easier and it’s just time for a different look on things.

I hadn’t had a haircut in like going on four-and-a-half years. It was just time.

People still don’t recognize me. People I’ve been known for a while, they’ll see me and still won’t know it’s me until maybe five, 10 minutes goes past.

About his summer vacation …

This summer I got to get out of the country and vacay for a little bit. I went to Switzerland for about a week. Beautiful out there. I advise everybody to go if you can. It’s something different. I would definitely go again.

I’d never been to Europe before. Scratch that one off the list. The thing that I really liked was just how diverse it was. It was a big melting pot of people from everywhere from all over Europe. You can meet 10 people and they all speak a different language in Switzerland.

You see a lot of different cultural things out there. You get to meet people from everywhere. Meeting people from all over the world, you naturally learn more. You are exposed to [different] things. It was cool to see.

About his new squad …

I’ve been hanging out with Deandre a lot lately. I was really excited when we got him. Being able to play against him in high school, I got a feel for how he is as a player and what he is about. He’s a competitor just like me. He wants to win. He hates to lose. He wants to get better. He’s a hard worker, and since we drafted him he’s been everything that we thought he was going to be. I’m really excited for him this year.

He kind of looks to me for a little bit of leadership. I try to do that for him. Things that I struggled with the beginning of my rookie year, I tell him things like that to look out for. I tell him little shortcuts to be better at the game. Things that he could work on. He’s going to be really, really good.

‘Book’ [Booker] is the best player I ever played with at any level. A great leader. An ultimate scorer. Even a better teammate. He’s the guy. He wants to see his guys around him doing well, so he’s going to teach you. He’s going to talk to you. He’s gonna try to put you in positions that are best for you to be successful.

He looked out a lot for me last year when he was on the court. Even when he was on the bench he would be over there coaching me and telling me things that I should be out there doing. How to keep the ball protected. I got stripped a couple times and he’s telling me things like, ‘Keep the defender on the side of your body. Keep the ball on the other side.’ Book is a great teammate.

Igor is a great teacher as well. He’s a player’s coach like Steve Kerr. A lot of guys say that about him. He’s a guy who is not just going to direct you or tell you to do things a certain way. He’ll explain it to you, and he’s also a guy who’s going to be open to hear what you have to say. He’s open to your ideas. And you get that type of freedom and leeway when you’ve got players who know what they’re doing, obviously. So the more we get better and learn that, the more freedom we have.

Between this year and last year, our organization did a great job of just improving everything from our trainers, our strength conditioning coach, coaching staff, even some of the players we’ve added to the team. They’ve done a good job of making sure that we were a better team all around.

Let’s have a good season.