LOS ANGELES – Before the Phoenix Suns’ victory bus departed to the airport late Wednesday night, Chris Paul went to the lobby of the team hotel to get hugs, kisses and congratulatory wishes from his wife, two children, parents, family members and friends. And he had a special gift for his older brother, C.J., who has been with him throughout his 16-year NBA journey.

“I got an extra hat and T-shirt so I can take it to my brother,” the All-Star guard said. “My brother has not missed one playoff game my whole career I’ve played in. Anytime you win something like that, it’s for your brother, always.”

“He said, ‘I got something for you,’ in front of everybody,” C.J. Paul told The Undefeated in a phone interview. “He gave me the T-shirt and the hat and said, ‘Put it on.’ And we took the picture together, hugged. It meant so much. It’s crazy. He’s been a really good player for so long. For it to take this long to be here is crazy.”

At 36 years and 55 days old, Paul has finally advanced to the Finals for the first time since arriving to the NBA as the fourth overall pick by the then-New Orleans Hornets in the 2005 draft. Paul will play his first NBA Finals in the 1,214th game of his career. That’s the second-latest into a career of a player’s first Finals game, behind only Kevin Willis. The future Hall of Famer helped the Suns advance to the NBA Finals after defeating the LA Clippers 130-103 in Game 6 of the Western Conference finals.

From the moment Paul first stepped on an NBA floor, his brother C.J. has been his biggest supporter on and off the court. C.J. Paul also serves as president of Chris Paul Enterprise LLC and CP3 Investments.

Growing up in Winston-Salem, North Carolina, C.J. and Chris learned how to play basketball and football from their father, Charles. C.J. Paul, 38, was a great athlete in his own right, playing college basketball at the University of South Carolina Upstate and also Hampton University. It was during their youth that C.J. also noticed his younger brother’s unique competitive spirit and leadership.

“With every position he played growing up, he played a position of leadership,” C.J. said. “In football, he played quarterback and middle linebacker. He has always been a point guard. That’s a leadership position. He told ‘Book’ [Suns All-Star Devin Booker], ‘I can lead us. I just need you to do your thing.’ [Chris] is really good when guys allow themselves to be led, because he is an unbelievable leader.”

Entering his second season with the Demon Deacons in 2004, it became apparent that Paul’s sophomore year would be his last before entering the NBA. C.J. said the Paul family met with then-Creative Artists Agency consultant William “World Wide Wes” Wesley for advice. Wesley, now the New York Knicks executive vice president, recommended that C.J. manage his brother off the court instead of hiring someone else to do it. 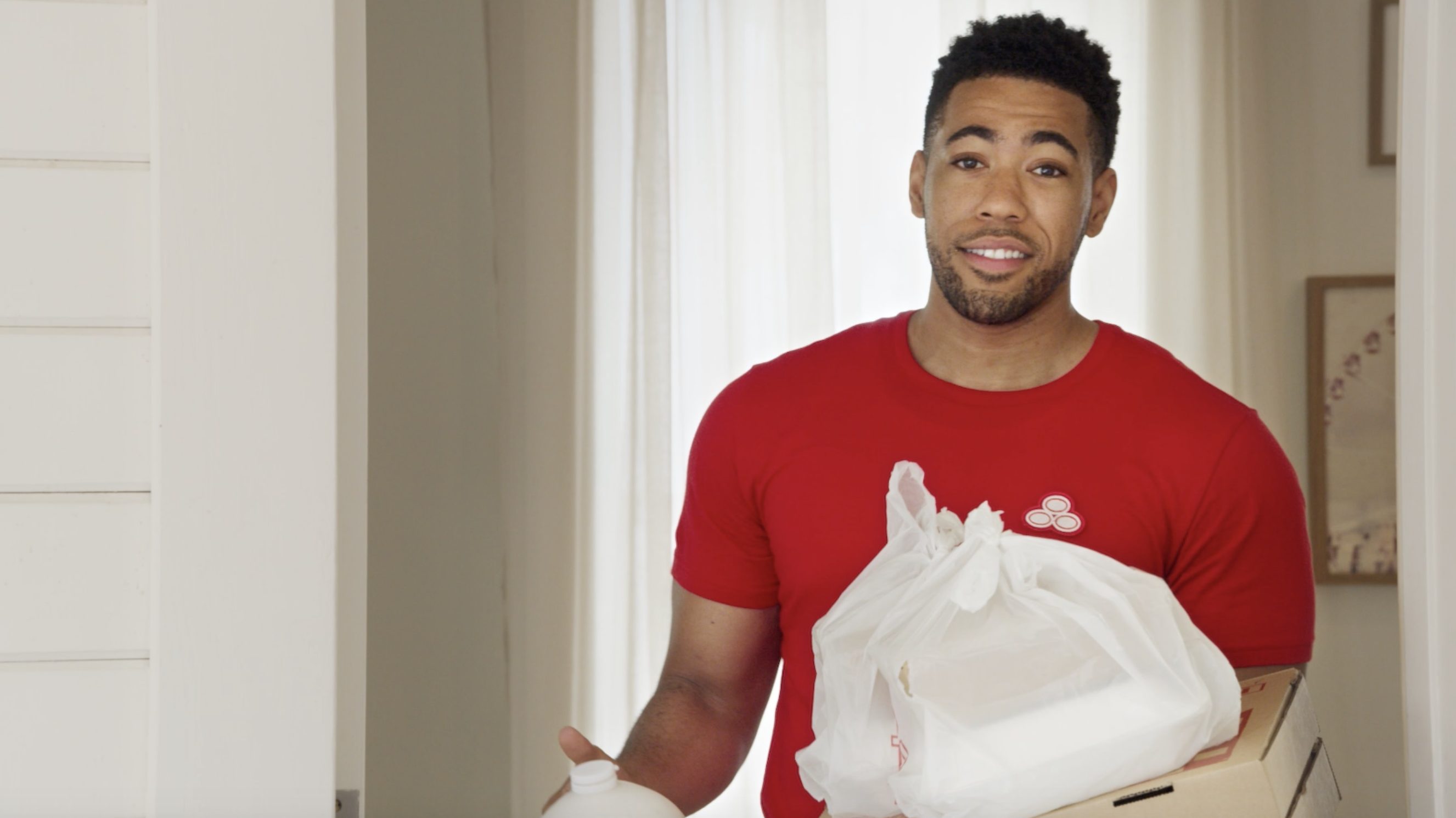 “Wes was like, ‘This is how it should be formed.’ And it was formed right then and there,” C.J. Paul said. “It made so much sense to us. Some people can’t trust family. But we’ve always been able to trust family.”

Paul was right there with his brother during stops in New Orleans, Los Angeles, Houston, Oklahoma City and now Phoenix. The sacrifice was certainly worth it, as Paul has become an 11-time NBA All-Star, a 10-time All-NBA selection, the 2006 NBA Rookie of the Year and president of the National Basketball Players Association. And now, the 6-foot point guard has finally made it to the Finals.

So why did C.J. sacrifice his college basketball coaching aspirations to help his brother?

“We just love each other that much,” C.J. said. “You don’t trust a bunch of people. There is a trust there. He got my back. I got his back.”

C.J. benefited as well, meeting his wife, Desiree, in New Orleans. They now have two children together. Charles Paul was brought to tears in a 2019 interview with The Undefeated when he reflected on the sacrifice C.J. made to support Chris. It’s easy to see that Paul hasn’t taken his brother’s support for granted.

“My brother is there and always there. He tells me what I don’t want to hear. I love him to death.”

Before the arrival of the pandemic, C.J. believes he has seen most of his brother’s home games and half of his road games. So he is very familiar with the unkind path it took for his brother to get to the NBA Finals.

Hamstring injuries ended Paul’s title hopes in the 2015 and 2018 playoffs. He suffered a fractured hand in the 2016 playoffs. Moreover, he had a shoulder injury against the reigning champion Los Angeles Lakers in the first round of this postseason. Through it all, the only thing missing on Paul’s basketball resume was a title.

Paul also missed the first two games of the Western Conference finals while sidelined for health and safety protocols. He contracted COVID-19 despite having received the vaccine. But through it all, the Paul brothers stayed positive. C.J. also noted that it was a major blessing that the Suns swept the Denver Nuggets in the second round because his brother would have likely missed the rest of the series due to the health and safety protocol measures.

“It hit just because he was here again,” C.J. said. “He was at the point where he had been to the conference finals one time in Houston [2018]. Everybody said we were a hamstring away from winning a championship that year. We were here again and, boom, something happened. I didn’t get emotional because I felt that he would be back at some point. I knew we had a week before we played. But once he got back, I knew he would be himself.”

Said Paul: “Hell, I experienced COVID. Just a week ago I was in [Los Angeles] at home and I couldn’t be with my teammates. That is what you call next man up. They won two games in this series without me.”

Paul says he also suffered a wrist injury when he returned to action with the Suns in the West finals. Phoenix had a chance to close out the Clippers in front of their own fans on Monday night, but lost 116-102 in Game 5. Paul entered Game 6 on Wednesday with a unique opportunity to advance to the Finals by defeating his former team in the Clippers where he starred from 2011 to 2017.

The Suns have two budding superstars in Booker and former No. 1 draft pick Deandre Ayton. But it was Paul who ensured that Phoenix clinched their first NBA Finals berth since 1993 with 41 points, eight assists, four rebounds, three steals and zero turnovers in 35 minutes.

Paul said, “I just kept thinking that if we do what we’re supposed to do, I will get the last laugh.” 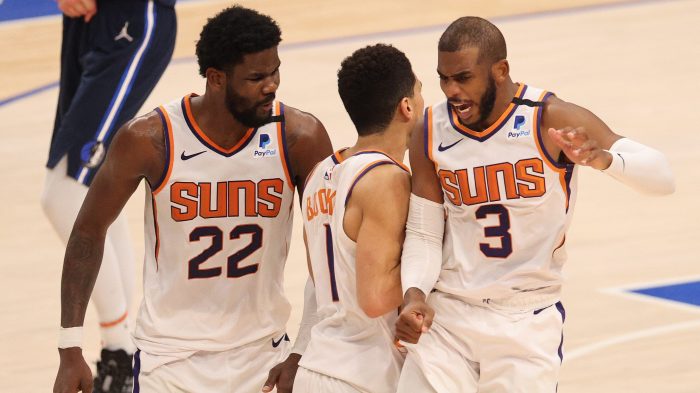 Down the stretch, Paul cried as he embraced Suns head coach Monty Williams, who coached him in New Orleans. Paul also hugged rapper Lil Wayne, who he met in New Orleans, and actor and Clippers fan Billy Crystal. But before leaving the Staples Center floor with a Finals hat on, Paul pointed to the suite where C.J., their family and loved ones were. And while he took questions from the media, he wore a hat that read “WINSTON SALEM,” representing his hometown.

“Winston-Salem. That’s me. Born and raised. We still have a ways to go,” Paul said. “We still [need] four wins. But after all these years, I’ve always had my family and my hometown right here with me. It ain’t just for me.”

“It was an emotional night for everybody because we all see the 5 a.m. workouts,” said C.J. “He went plant-based two years ago. All of that was to get to this point.”

The Paul brothers aren’t satisfied with the Western Conference finals trophy. But regardless of what happens in the NBA Finals, Paul finally made it because he never gave up.

“He could’ve given up a long time ago,” C.J. Paul said. “He could’ve given up when he left Houston and said, ‘Man, they are just going to ship me around.’ But he continued to get better. The man is 36 years [old] and I think he is playing on the same level as when he was 22 in New Orleans. It’s crazy. His career-high in points is 42. He just played in a Game 6 in the playoffs and scored 41 at age 36.