Althea Gibson to be remembered at American Tennis Association Tournament 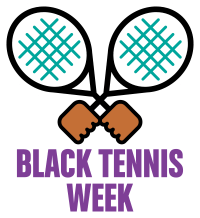 When Althea Gibson won her first Wimbledon title in 1957, she shook hands with Queen Elizabeth II, curtsied, accepted the trophy and then backed away from the monarch. One never turns their back on royalty, Gibson explained.

But Gibson, who has been called the queen of tennis, watched as the sport and many others turned their back on her after she retired and lived out her life into old age.

This anecdote and many more in Althea, the 2015 documentary directed by Rex Miller, make it a must-watch film for tennis aficionados, history buffs or anyone interested in the story of one of the greatest athletes the United States has produced.

More than 450 vintage photos are mixed in with interviews and archival footage to tell the complex and, toward the end, sad story of the transcendent sports figure.

“Her story arch I found amazing in that in 1927, she was born into a cotton field to sharecropper parents in rural South Carolina, and 30 years later, still in the ’50s, she got the Wimbledon trophy from the Queen of England,” Miller said. “How does that happen?”

Miller said the movie will be shown Tuesday during the American Tennis Association’s 100th National Championships at Druid Hill Park in Baltimore. The ATA, formed in 1916 after black players were barred from U.S. Lawn Tennis Association competitions, held its first tournament in 1917. Gibson won the women’s singles event a league-record 10 consecutive years from 1947-56.

The film was a five-year project from start to finish. Miller’s interest in Gibson sprang from a photo sitting in his childhood bedroom. It was of two brown-skinned women in their tennis whites standing on the grass of Merion Cricket Club, a private and exclusive tennis and cricket club outside Philadelphia.

The women played a match at the club’s courts — neither would be allowed to join as members, but because of one of the women’s talents, they were able to play a tournament there. That woman was Gibson. The other was Miller’s mother, Millicent Miller.

In the opening minutes of the film, Miller introduces us to the tennis star by taking us to West Side Tennis Club in Forest Hills, Queens, New York. The viewer is absorbed into whiteness. “The balls, clothes, people, socks, shoes, everything,” executive producer Billie Jean King said in the 90-minute film.

That whiteness is then juxtaposed by Gibson, the first African-American to participate in the U.S. Nationals, as she makes her way onto the court, where 2,000 people packed into the stands. It’s Aug. 29, 1950, and in the midst of Gibson’s three-set match against Louise Brough, the top-ranked women’s player in the country, hecklers yell out, “Beat the n—–!”

Gibson paid them no mind, as she was one game (1-6, 6-3, 7-6) from usurping Brough in the second round. Only the tennis gods could prevent the monumental upset, and that’s exactly what they did: Dark clouds formed out of nowhere and rain came crashing down on the facility. Lightning or some great force knocked down one of the stone eagles at the hallowed club, and it smashed into minuscule pieces upon its landing.

This match was a microcosm of Gibson’s career and her life as a whole. She worked tirelessly to ascend to the top of the tennis world, finishing high school and earning her bachelor’s degree from Florida A&M University in 1953.

“What I wanted to do was tell an interesting, really entertaining story that was also teaching people the facts of her life,” Miller said. “Plus, I like to delve into the psychology. Everybody has an external story and an internal story. I thought her internal one was really fascinating.”

Gibson retired from amateur tennis in 1958. She toured with the Harlem Globetrotters, playing exhibition matches before games.

This film did more than educate and regurgitate the facts about Gibson’s life; it also schooled the viewer on who Gibson was as a person. Gibson was a reluctant civil rights leader who preferred to advance the cause with her play and not her words.

She was the first African-American in the Ladies Professional Golf Association, a singer and an actress. She received a ticker-tape parade for her triumphs in London and sang on The Ed Sullivan Show and at the Wimbledon Ball.

With the rise of tennis great Arthur Ashe, many were quick to forget that Gibson was the first black to win a Grand Slam final and about her work to integrate the game.

“There might’ve been some bitterness in Althea in that she didn’t necessarily feel she was given her due for what she did,” Ashe’s wife, Jeanne Moutoussamy-Ashe, said in Althea. “I have to remind people talking about Arthur being the first African-American to win Wimbledon. I was always quick to correct people, ‘No, no, no, he was the first African-American male.’ But people forget Althea came first.”

Toward the end of her life, the trailblazer fell into relative obscurity and a deep depression after the death of her ex-husband and best friend, William Darben. Gibson called her longtime doubles partner Angela Buxton to tell her goodbye. Gibson was prepared to commit suicide because she was living hand to mouth, didn’t have the money to pay her rent, buy medication or feed herself, and didn’t feel valued.

“Nobody bothered to come to her rescue,” Buxton said in the film. “I think I was the last stop, and I decided no way was she going to commit suicide, not as long as I was around.”

Buxton put out a letter in Tennis Week during the week of July 18, 1996, detailing the importance of Gibson as a racial barrier-breaker, as a champion and more simply as a human being, explaining that Gibson needed financial assistance and that any kind of help could prevent an unnecessary tragedy.

Five months later, Buxton traveled to Gibson’s New Jersey home to help her go through the various currencies she received in the mail, and the donations amounted to $1 million.

“With Althea, I found a kindred spirit,” Buxton said in the film. “We were like soul mates.”

From the Tennis Week letter: “Althea Gibson titled her poignant autobiography, I Always Wanted to Be Somebody. She was and is a somebody. Somebody very special.”