The 35-year-old has the talent to qualify for the major tournament, but he’s battling the financial constraints of the game like many Black golfers

At the PGA Championship, which begins Thursday in Tulsa, Oklahoma, at the Southern Hills Country Club, there will be just four Black golfers in the 156-player field. With 15 major championship victories, including the 2007 PGA Championship at Southern Hills, Tiger Woods is the best known of this group. Cameron Champ and Harold Varner III are established PGA Tour players with bright futures.

The fourth is Wyatt Worthington II, a 35-year-old club pro and mini-tour player, who earned his way into this field last month by finishing in a tie for fourth in the PGA Club Championship.

Worthington splits his time giving $80 golf lessons at a nine-hole public course in central Ohio and playing the mostly Black APGA Tour. As Woods and many other players arrived in Tulsa on private planes and spared no expense to occupy the most luxurious hotel accommodations in the city, Worthington has spent the last several weeks in a stressful race to raise $10,000 to cover his personal expenses for the tournament.

“I was on the phone every day just trying to get some help and support to get to this tournament,” Worthington told Andscape. “For players like Tiger and Rory McIlroy, money is not an issue, but for up-and-comers like myself who are still trying to make their way, every dollar counts and the PGA Championship was not in my budget.” 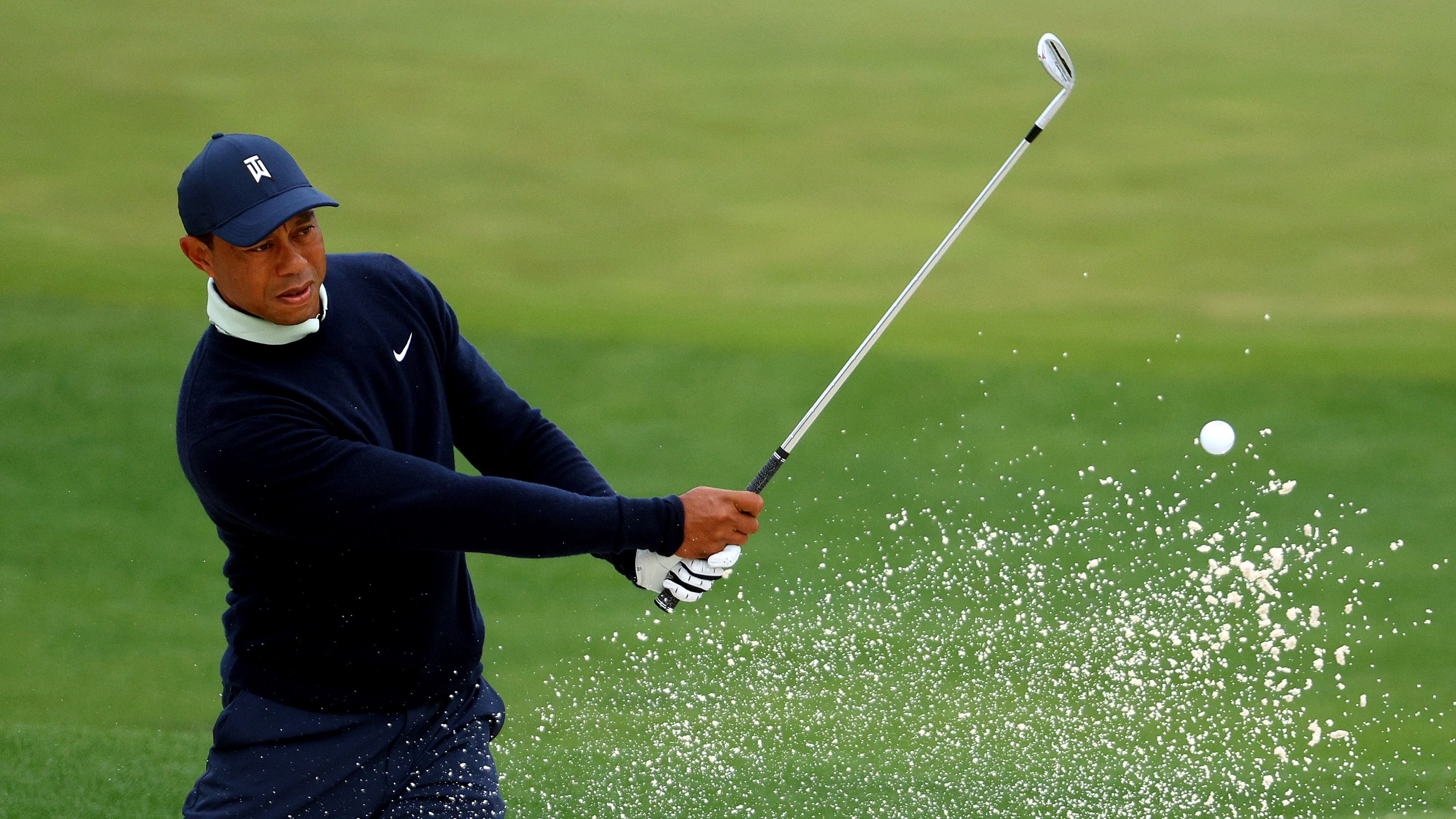 PGA Tour players are independent contractors who foot the bill for all their expenses, from travel to lodging accommodations to food. According to estimates, it can cost tour players up to $100,000 per year. In professional leagues such as the NBA and NFL, athletes travel on chartered planes, stay in luxury hotels and receive daily food per diem. Pro golfers rely on corporate sponsors and what they earn in tournaments to make it week to week during the season.

Worthington doesn’t have a sponsor and what he earns on the mini-tours he puts right back into entry fees, car rentals and airfare to play in the next event and keep his dream alive of playing on the PGA Tour. His journey to Southern Hills is indicative of the plight of many Black golfers who do not have the necessary personal means or financial backing to play the game full time.

Worthington, who grew up outside of Columbus in Reynoldsburg, Ohio, is one of fewer than 200 Black Class A PGA of America professionals out of a membership of 29,000. These are the men and women who are the face of the game for recreational players: the ones who give lessons and sell clothing at courses around the country. From 1934 to 1961, a Caucasian-only clause in the PGA of America bylaws shut African Americans out of this membership, which meant that they couldn’t play in most PGA Tour events, including the PGA Championship. When the clause was removed in 1961, Charlie Sifford became the first full-time Black member of the PGA Tour.

“We’re less than 1% of PGA of America members,” Worthington said. “So for me to just be in that Club Pro Championship and get through twice is unbelievable. It’s also sad in the sense that we have a long way to go. Imagine that there was a time when we couldn’t even freely play this game and now I’m playing in a major.”

When Worthington was 14, he took a lesson from Woods in 2001 during a clinic in Columbus that changed his life.

“It was an unreal experience, because when do you get a chance to get Michael Jordan or LeBron James to help you with your game?” he said. “Look at the impact that someone who looks like me has on these kids. I decided then that not only do I want to play at the highest level, but I also wanted to have this impact on kids that would inspire the next generation of golfers.”

After high school, Worthington wanted to turn pro, but his parents, Wyatt Sr. and Valerie, wanted him to first get an education. He attended Methodist University in Fayetteville, North Carolina, where he majored in professional golf management.

Most professional golf management students focus on studying the business of golf; Worthington also wanted to play on the school’s golf team. But when he got to campus, he was surprised to learn that he had to try out for the team despite having a solid junior career that included several high finishes in top-ranked events.

He made the team, but he never played in a college tournament for Methodist.

“During that time, I went through a hardcore depression,” he said. “I had suicidal thoughts. I changed as a person. I need to talk about it now because maybe it will help a kid who has ever gone through the times to know that they can persevere and get through it.” 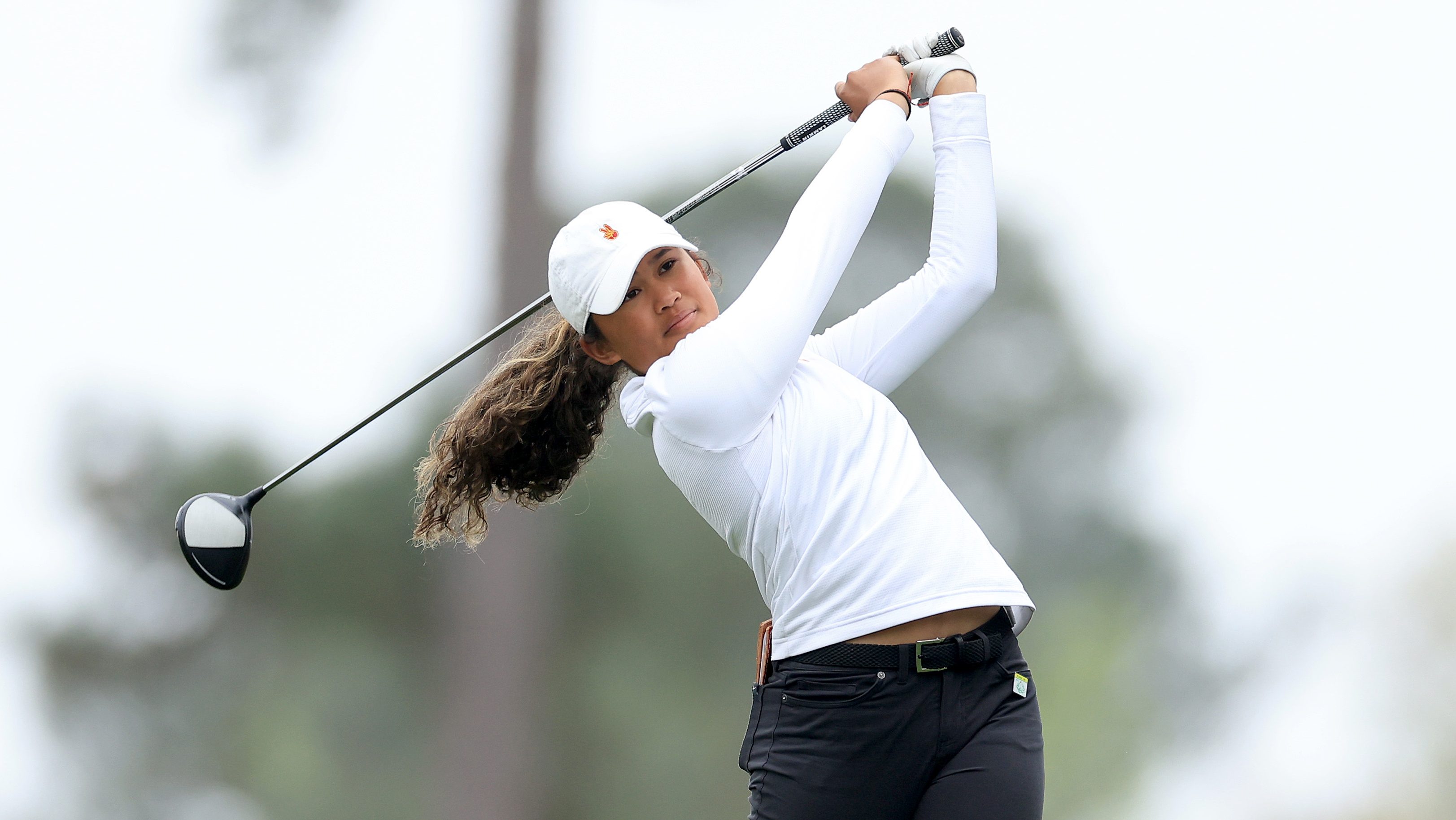 Amari Avery, 18, is playing not just for herself, but women of color in golfRead now

Most of the 20 club pros in the PGA Championship field have full-time jobs at golf facilities. Many of them might have left college with ambitions of playing on the PGA Pro, but after struggling as tour players, they eventually settled into other relatively stable careers in the golf industry. After graduating from Methodist, Worthington took a job at a country club in the Columbus area, where he worked 70-hour weeks.

“It was a cultural shock,” he said. “This was my first country club experience because I had grown up on driving ranges. But I also wanted to play and my schedule didn’t allow for it.”

Now Worthington works at the Golf Depot, a modest nine-hole course in Gahanna, Ohio, where he was still giving lessons the weekend before the start of the PGA Championship. Many of his club pro peers at Southern Hills are grooming their games on impeccably manicured courses at some of the best clubs in the country. At the Golf Depot, Worthington often hits his practice balls off mats.

The kind of fancy club jobs that could lure him away from the mini-tours and offer more financial stability have been in very short supply for African Americans.

“There is a good ol’ boys club and it’s tough to get those head pro jobs without access to those social networks,” Worthington said. “One of the things that has always been repeated to me in the golf industry is that, ‘It’s not what you know, it’s who you know.’ On top of that, it’s hard to get experience in those jobs when you can’t get the opportunity to get the experience that will help you land those jobs.”

Still, for all his misgivings about the state of the industry, Worthington is quick to acknowledge that he wouldn’t be where he is without the game and the PGA of America.

For him, change will benefit the whole sport.

“We need more diverse representation on the PGA Tour,” he said. “We need more Black Class A golf professionals and more minorities in the corporate boardrooms to move the needle.”

Fortunately, Worthington was able to raise nearly $10,000 to support his appearance in this week’s PGA Championship. Members at Jefferson Country Club, where he once worked those 70-hour weeks, chipped in with donations to help him offset some of the expenses. The APGA Tour, where Worthington has four top 10s in seven starts this season, also provided support.

But Worthington doesn’t want his story to end with his successful fundraising efforts. For him, it’s not enough to just be here.

“I’m here to win the tournament just like every other player,” he said.

He may be a long shot to win, but what’s certain is that his pursuit of the dream to play the game full time with a modicum of financial security will continue long after the Wanamaker Trophy is handed to the winner on Sunday night.