Amari Avery, 18, is playing not just for herself, but women of color in golf

With a strong start at the Augusta National Women’s Amateur, the USC freshman has a rare chance to play at the site of the Masters

Last October at the Cognizant Founders Cup in West Caldwell, New Jersey, Andre Avery caddied for his daughter Amari in her first regular LPGA Tour event. After struggling with a first-round 5-over-par 76 at the Mountain Ridge Country Club, she told her father that she didn’t want to talk about golf during the next round.

“I needed to break the ice and keep her cool and keep me cool, so I became Bagger Vance,” Andre Avery told Andscape, referencing the main character in the 2000 movie The Legend of Bagger Vance. “The movie really teaches you how to be a good caddie for your player.”

For 18 holes, he repeated many of Bagger Vance’s aphorisms and tales to his daughter about life and golf and how the “rhythm of the game is just like the rhythm of life.”

“At first I was like: ‘What are you doing, Dad? I’m at an LPGA event. Can you be serious a little bit?’ ” said Amari Avery, who is 18. “Then I realized that I was playing in my first LPGA Tour event and that I should just relax and take it all in and not be serious.”

That power of self-belief is what her father has tried to teach her and his younger daughter, Alona, 14, since he introduced them to the game as toddlers in Riverside, California.

Now, they have bright futures as two of the best Black female golfers in the world. As a Black man who didn’t start playing golf until he was in his mid-20s, Andre Avery has followed the playbooks of dads Richard Williams and Earl Woods, down to the belief that his girls will transform their sport.

“Amari is going to do the same thing for women’s golf that Tiger did for men’s golf and the Williams sisters did for tennis,” he said. “She’s going to raise purses, sponsorship and TV viewership. People are going to want to see her play.” 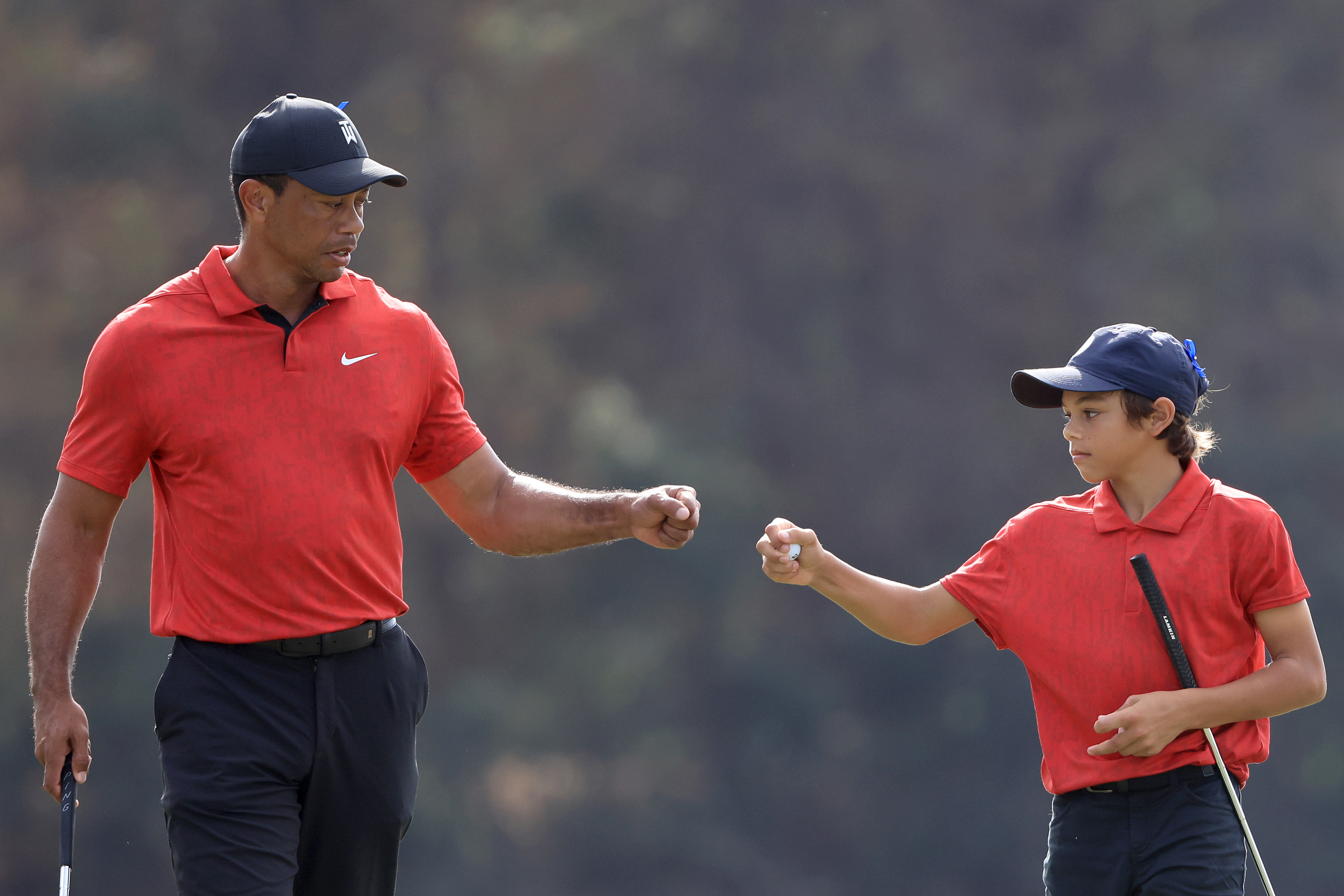 This week, Amari Avery is putting her game on display at the Augusta National Women’s Amateur, which began on Wednesday at the Champions Retreat Golf Club in Augusta, Georgia. In the first round, she shot a 1-over-par 73. She was also among the top 30 qualifiers after Thursday’s second round, which meant Amari Avery will play in the final round on Friday at the Augusta National Golf Club, where the Masters has been held annually since 1934.

Last year, in her first appearance in the tournament, she lost in a five-way playoff to earn the 30th spot in the final round and a chance to play the famous golf course that she grew up seeing every year in April.

But she said it was an opportunity of a lifetime just to set foot on the grounds as a spectator.

“I think my heart stopped a little as the bus was driving us down Magnolia Lane,” she said. “It was surreal to me. I never really thought I would have the chance to drive down Magnolia Lane and actually play Augusta National.”

She understands the significance of the Augusta National and the Masters for golf and what it means for Black Americans, synonymous with the club’s history from its formerly all-Black caddies and staff to men like Lee Elder and Tiger Woods, who have left an indelible impact on the tournament.

Yet Black women have played very modest roles in the unfolding of Black history at this mecca of golf.

“I knew I wanted to go far and I have very high expectations of myself,” she said. “It’s nice to be at a tournament like the Augusta National Women’s Amateur and be a woman of color.”

Amari Avery’s mother, Maria, is Filipino. She identifies primarily as African American. Her father has made sure that she competes in elite events with mostly white players and those with mostly Black players. The sisters have both played in the Mack Champ Invitational, an elite junior event sponsored by the Cameron Champ Foundation. Alona won her age division at the tournament in March.

“Amari knows what she needs to do to get more people that look like her playing at the top college level,” Andre Avery said. “She knows what it’s like to be the only person of color at these big tournaments. That’s why it’s important that we support events like the Mack Champ.”

In January, Amari Avery enrolled at USC and immediately made an impact on the women’s golf team with victories in two of her first four events. She has been more surprised about being in college at all than her quick adjustment to college competition.

“I didn’t plan on coming to college,” she said. “But the USC coaches offered me a chance to come early and I couldn’t pass it up. The plan was for me to turn pro, but COVID hit and it was an awakening that I should take it slow and go to college. I think I made the right decision.”

Her father has dreamed of her turning pro since she came to national attention after being featured in The Short Game, a 2013 documentary that focuses on 7- and 8-year-olds at the U.S. Kids Golf World Championship. But experience has taught him to be more cautious.

“There’s been a lot of girls who have done a lot better than Amari and turned pro and didn’t do anything,” said Andre Avery, who is a 53-year-old full-time dad while his wife Marie works as an administrator for the Los Angeles County Sheriff’s Department. “There are levels to this game and you have to adhere to those levels and not jump into another level too fast. Amari will know when she’s ready to go out there and compete on the next level.”

“Amari is going to do the same thing for women’s golf that Tiger did for men’s golf and the Williams sisters did for tennis.”

A few months ago, Amari Avery began working with Sean Foley, who has been the swing coach for Tiger Woods, Justin Rose, Cameron Champ, Lydia Ko and many other top players. After working with a teacher near her home in Southern California, she was ready to take on a teacher with experience guiding tour players. “Amari is going to be as good as she wants to be,” Foley said. “There is nothing physically holding her back.”

Currently, Mariah Stackhouse is the only full-time active Black player on the LPGA Tour. In the long history of the LPGA, which started in 1950, no Black woman has ever won an event. Amari Avery may have the best chance yet to break that trend.

Andre Avery believes that Alona, who is a high school sophomore, will be the better player of the two sisters. Williams said the same thing about his younger daughter Serena.

But for now, it’s Amari Avery’s time to show the world what she can do for women’s golf.