WNBA star Jonquel Jones: ‘There’s still a lot of people in the Bahamas who need things’

The Sun center on recovery efforts in her native country, plus the WNBA playoffs

As the Connecticut Sun prepare for their semifinal matchup with the Los Angeles Sparks, two-time WNBA All-Star Jonquel Jones will have the weight of an entire country on her shoulders.

A native of the Bahamas, Jones, 25, has been using her platform as a professional athlete to help lead recovery efforts in the Bahamas two weeks after Hurricane Dorian ravaged the country. On Sept. 3, Jones launched a GoFundMe through her agent, Ticha Penicheiro, to raise funds for the country; as of this writing, the fundraiser has collected more than $40,000.

While the Bahamas — specifically the Abaco Islands and Grand Bahama, the latter being where Jones was born — recovers from the Category 5 hurricane that has left at least 50 people dead (with an additional 2,500 unaccounted for) and another 70,000 homeless, Jones is doing her part hundreds of miles away.

Basketball, meanwhile, has helped the WNBA’s leading rebounder cope with the destruction of her home country.

“I think basketball has just been a huge outlet for me,” Jones, who was recently named first-team All-WNBA by ESPN and The Associated Press, told The Undefeated over the phone last week. “I don’t worry about all that stuff off the court, just allowing the on-the-court stuff to just take my mind off of it and flow into the games and really enjoy that time as, like, ‘me’ time.”

Ahead of the first playoff series of her career, Jones spoke with The Undefeated about the work that still needs to be done in the Bahamas, how she plans to disburse the funds she’s raised and what to expect from the Sun this postseason.

I’ve read up on some of the latest updates in the recovery efforts, but from what you’ve heard, what’s the latest that people should know?

The latest right now is that a lot of people are still left without their homes, so a lot of people are still trying to evacuate. Right now, people are trying to get up to the U.S. and their loved ones and they’re being turned back by U.S. Customs and Border [Protection]. I’m one of the lucky people: Both of my parents have visas; they’re able to come up here with me in Connecticut. So I’m happy that they’re safe. My sister and her five kids, they have visas as well, so they’re good. I’m blessed and I’m lucky to say that my family is all in a good situation, but there’s still a lot of people in the Bahamas who need things, who could use a helping hand, and right now that’s what we’re trying to do. 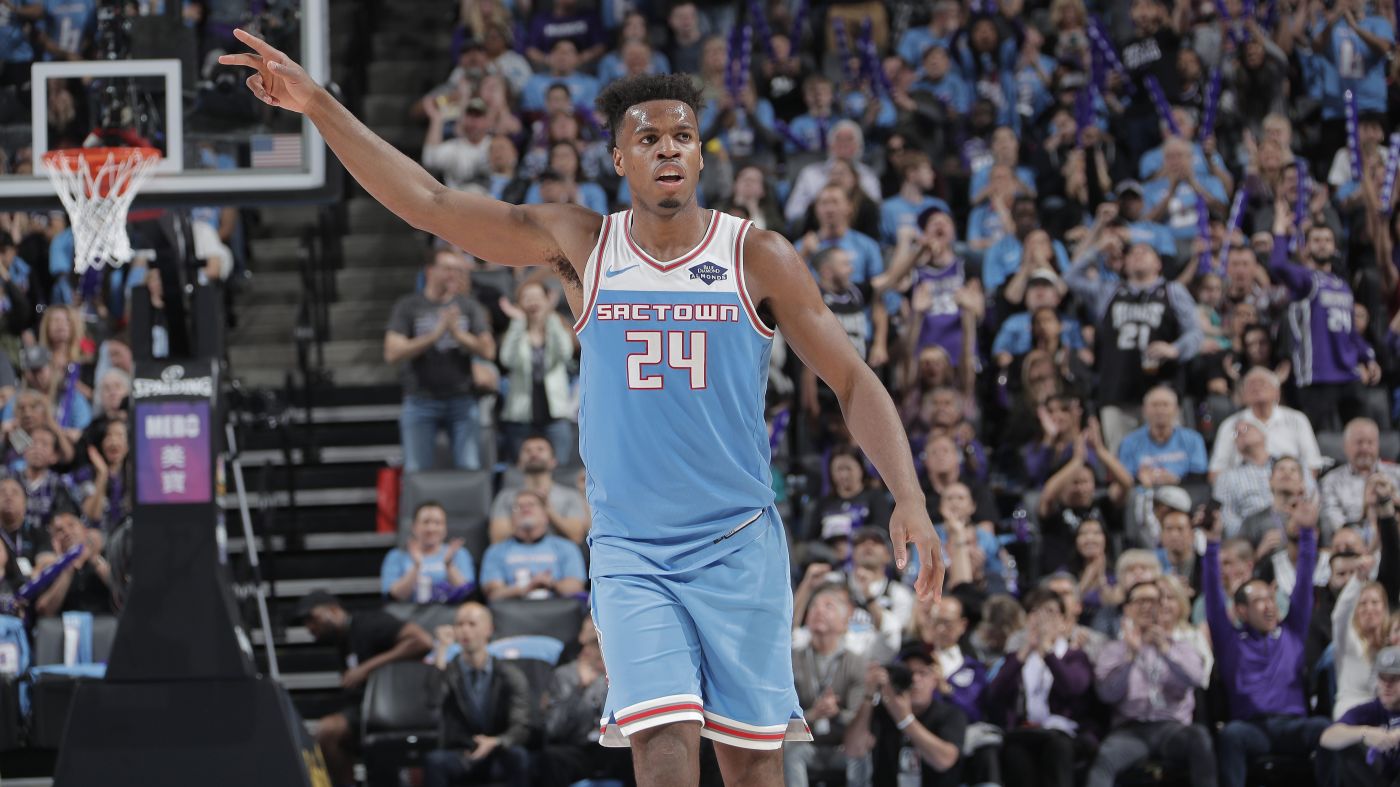 ‘There’s always that fire burning in us’: How Kings’ Buddy Hield plans to help rebuild the Bahamas Read now

Your family was able to get here because they have visas, and there are reports coming out from this past week that some people weren’t able to get into Florida because of visa issues. What are your thoughts on that?

My thoughts are that it’s very sad because President Trump earlier last week was saying that they would try to do everything they could to basically facilitate and help everybody that was coming out of the islands as long as they didn’t have criminal records. But then the story changed midweek, and so people were left not knowing what the situation was. And so because of that, if people tried to come over and we tried to be, I guess, as open and try to help everything go smoothly, but they didn’t.

Some people just don’t have visas because they didn’t have the time to file for it, they were working or just didn’t know at the time to do it. Because of that, people without any criminal history, and who have family members in the United States that are well-documented, still don’t have the chance to get to the United States and just get to a place where they have running water, a hot meal and a place to just have some electricity to charge up their devices and stuff like that. It’s really sad and disheartening.

I imagine you’ve seen some of the photos coming out of flooded roads and airports and bodies being transported. Seeing those images and being someone who’s from the Bahamas, how have those images impacted you?

It’s literally disheartening. Like I said before, I hate to see my country in that type of state, but more than anything, I hate to see my people suffering and not being able to get the things they need just to live a normal and healthy life. It’ll be really good if the United States could kind of figure out what they want to do just so that people could plan accordingly, just move on from something that has been horrific.

We’re just going to try to continue to raise the money, and then we’re going to figure out the best way to help everybody out. I know that people are doing good in terms of getting canned goods and stuff like that, but some of the other necessities, maybe we can help, try to think outside the box and make sure we have everything covered.

In the video on your GoFundMe, you said you hadn’t decided yet which groups to kind of give the money to. Have you decided?

No, still haven’t decided yet, because you want to kind of think outside of the box a little bit more and make sure we have a lot of bases covered. Basically, a lot of relief has been going to the Bahamas, and now we want to start thinking about other stuff like psychologists and people’s mental health and different stuff like that that people don’t normally or typically think about when they think about hurricane survivors and hurricane relief.

For you, as an athlete, how has it been finishing the regular season and starting the playoffs with all this on your mind at the same time?

Honestly, I think basketball has just been a huge outlet for me. I don’t worry about all that stuff off the court, just allowing the on-the-court stuff to just take my mind off of it and flow into the games and really enjoy that time as, like, ‘me’ time. For us to finish in a position that we’re in, it was really good, something positive to look forward to. And it’s just allowed me to be that much more optimistic coming into practice every day and just handling everything.

Kind of shifting gears to just more basketball-oriented stuff. The Sun are playing on Tuesday. You all haven’t made it out of the second round since you joined the team in 2016. What will make this season different for you all?

Well, this season’s already different because we are in a situation where we’re playing a series, not a single-game elimination. And with the single-game elimination, a lot of things can happen. I think we’ll put our best foot forward playing in a series where it’s multiple games, and we have the opportunity to just play our level of basketball.

So what I will say is check out the WNBA Players Association page, talk to one of our lead reps, because they really do know the stuff that we want to get accomplished, front and back. But for the most part, I think they have us going in the right direction, and hopefully after everything is done we can all move in the right direction and feel good about it.

This interview has been edited and condensed.