With his conference hemorrhaging members, Thomas was heartened to hear that two high-profile basketball players would be playing in the MEAC next season.

“That bodes well for the MEAC,” Thomas told me during a phone conversation. “That will show the rest of our industry that HBCUs at the Division I level is a viable alternative to get an education and to play athletics at the highest level.”

Thomas added: “If you are talented enough, it doesn’t make any difference where you play.”

No one seriously doubts that anymore.

Thomas’ challenge, though, is whether he can maintain the MEAC as a viable Division I conference. The signing of Maker and the transferring of Wright are hardly enough to sustain a conference that has been rocked by loss and defection in the last three years. 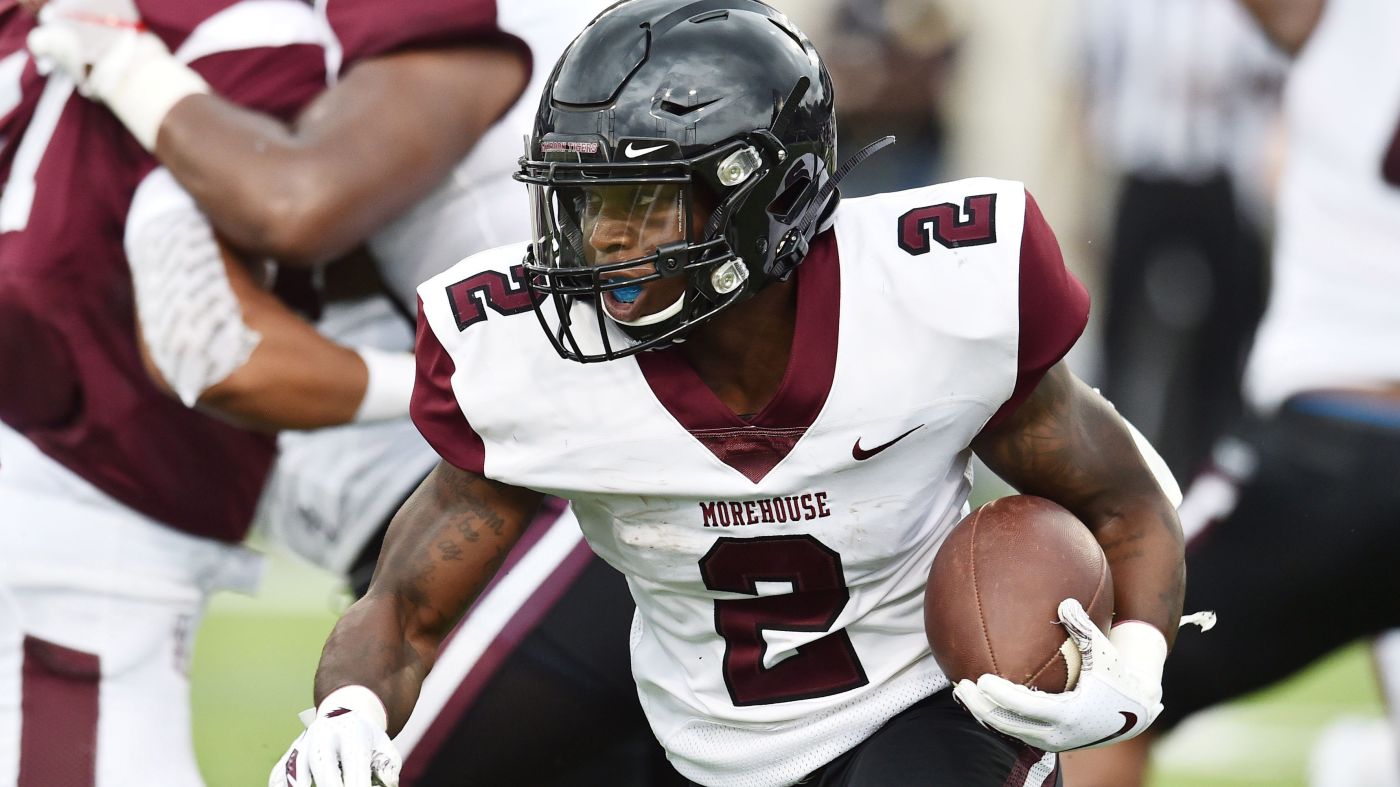 Three years ago, Savannah State left the MEAC to return to Division II. The MEAC suffered a bigger blow in 2017 when Hampton announced it was leaving the conference to join the Big South Conference beginning with the 2018-19 season.

In an even bigger blow, North Carolina A&T, a MEAC powerhouse, announced in February it was also leaving the MEAC to join the Big South, effective July 2021.

Then last month two Florida schools, Florida A&M and Bethune-Cookman, announced that they were leaving the MEAC to join another historically Black conference, the Southwestern Athletic Conference (SWAC), beginning in July 2021.

Those departures leave the MEAC with a mere eight members, the minimum required to compete in NCAA Division I football. Thomas is not wearing blinders. “We cannot lose another football-playing institution,” he said. “We will fall below the minimum.”

I asked Thomas how he planned to keep the MEAC together. “Our plan is to don’t lose anybody else, No. 1,” he said. “Don’t panic. Don’t lose anyone else. We have to recalibrate, and reengineer our conference. First and foremost, we have to tell our story, because it’s a compelling and attractive story, not only of history, but of moving forward.”

The MEAC was founded in 1970 with seven members. The northernmost school was Delaware State, the southernmost was South Carolina State.

“If the MEAC could get half of the African American talent [as predominantly white institutions], I’d be sitting in the same room with you all, getting that billion-dollar contract from ESPN, from FOX, CBS. That’s the missing link.” — MEAC commissioner Dennis Thomas

I was a senior at Morgan when the shift to the MEAC was made. All I remember is being told that we were now a Division I program: Somehow that made us distant relatives of major programs such as the University of Maryland and Ohio State.

The SWAC was formed in 1920, competed in Division I and the MEAC aspired to do so as well.

On one hand, Thomas argues for historically Black colleges and universities (HBCUs) as a viable option for competition and education in a nurturing environment. During our conversation, Thomas spoke of a cultural change that resulted in parents sending their children to predominantly white institutions (PWIs).

“I lived through it. I played through it and I coached through it,” he said. “The culture change was that somehow it was believed, erroneously, that if you went to a PWI, they had something better than HBCUs had,” Thomas said, referring to PWIs.

“When you have parents and coaches believing that, they send our best and brightest to PWIs.” That may be changing in the current climate of Black Lives Matter.

The tougher argument Thomas must make is why MEAC members should stay the course. Hampton and North Carolina A&T make the argument that they will face stronger competition and benefit more richly from TV packages in the Big South.

How easy will it be for Thomas to lure new schools into a conference that appears to be engulfed in flames? For that matter, how difficult will it be to keep current members from fleeing the fire?

At a time when the Black Lives Matter campaign has lifted Black consciousness and awareness, how can Thomas keep a conference of HBCU colleges and universities from falling to pieces?

Thomas points out that with the loss of Bethune-Cookman and Florida A&M, the MEAC has become a more compact geographic conference.

This reduces travel expenses for the institutions and lessens time away from class for student-athletes, though that issue is moot now that the fall season has been canceled. But what happens when competition resumes?

On Thursday, the MEAC announced that the conference was canceling all fall sports due to the fallout from COVID-19.

The cancellation does not make the MEAC’s situation better or worse. “It makes it complicated,” Thomas said.

Thomas says he has a firm commitment from the remaining eight MEAC institutions. “Now we can be about the business of surveying the landscape and determining what is a good fit for additional members.”

That may include turning the tables and adding PWIs.

The MEAC already has three non-HBCU associate members: Augusta University joined for men’s golf, Monmouth University and the University of Alabama at Birmingham compete in bowling.

The larger issue facing Thomas and the MEAC is a reason for existing: Why is the MEAC important and what purpose does it serve?

The larger issue facing Thomas and the MEAC is a reason for existing: Why is the MEAC important and what purpose does it serve?

These are questions often asked about the relevancy of HBCUs now that so many Black students attend PWIs. That question is being answered affirmatively in the current Black Lives Matter climate when students — including high-profile athletes — are discussing empowerment and supporting Black institutions as part of what they are looking for in a college experience.

Whenever he meets with commissioners from predominantly white conferences, Thomas says, he makes the point that the only thing that stands between them competitively is Black recruits.

“If the MEAC could get half of the African American talent, I’d be sitting in the same room with you all, getting that billion-dollar contract from ESPN, from FOX, CBS. That’s the missing link.”

Indeed, that is the whole kit and caboodle and has been since predominantly white sports programs began making Black athletic talent the primary raw material of revenue-generating sports.

The question for commissioners and presidents in the CIAA, SIAC, SWAC and MEAC is how HBCUs can mine their own black gold.

Perhaps, as many have suggested, the time has come to form a super HBCU conference made up of the MEAC, SWAC, CIAA and SIAC institutions. Much like the MEAC and SWAC competing in the Celebration Bowl, the super HBCU conference would crown its national champion in multiple sports, including football and basketball. This is less of a pipe dream than you’d think.

The immediate question for Thomas is how will the MEAC keep any more of its member institutions from leaving.

The MEAC has had a number of victories in its 49-year run, NCAA basketball tournament upsets and players excelling at the professional level.

The last three years, however, have been devastating. The conference cannot afford another loss.