For corporations, is Juneteenth about profits or progress?

The black community has many needs; another holiday isn’t one of them

In an effort to placate black consumers in the midst of a national uprising, corporations are giving their employees a day off.

No, thanks. I refuse to celebrate a holiday about freedom when we’re still not free.

But this is the way it always works. An atrocity perpetrated against the black community followed by outrage, protests and promises of remediation. Invariably, individual black people will benefit from white guilt, favors will be granted and eventually things get back to normal.

Earlier this week, NFL commissioner Roger Goodell announced that the league will observe Juneteenth on Friday. At least six NFL teams followed suit, announcing that they would permanently recognize Juneteenth.

When the Washington football team, a franchise with the most racist name in professional sports, joined the parade, I said, “Stop.”

At some point the gestures become so meaningless they neuter the very thing they are meant to honor.

There are different ways of hijacking a movement.

A movement can be co-opted before it realizes that it has been compromised.

There was a poignant news story out of Seattle earlier this week where protesters continue to gather inside the so-called “Capitol Hill Autonomous Zone.”

There is concern that the message behind Black Lives Matter has been hijacked. A member of the African American Community Advisory Council, which works to foster relationships between black residents and police in the city, accused the protesters of hijacking the message of Black Lives Matter in the city. The chairwoman of the group, Victoria Beach, said the so-called “autonomous zone” had the feel of a festival.

Corporations and leagues can mouth support and even throw money at a cause, as many are doing with Black Lives Matter. But when the culture of the corporation betrays its outfacing pronouncements, it can be accused of hijacking.

This is the problem when corporations become involved with social justice issues. So much of what they do is grandstanding, designed to stay on the right side of polling and the bottom line. At a time of major unrest, corporations are trying to find ways to convince black consumers that the companies are worthy of their continued patronage.

While we’re at it, let’s stop using black and people of color interchangeably. They are different.

Can you blame the corporations?

According to a 2018 Nielson report, while African Americans account for 14% of the population, we are responsible for $1.2 trillion in purchases annually. Corporations want to cater to us with words and platitudes. What they are far less eager to do is bring us into the C-suites, where lucrative contracts and compensation packages are hammered out, where business is doled out to friends and business associates.

Black employees at a corporation with no significant black executive presence will look at gestures and grand pronouncements about Black Lives Matter with resentment. 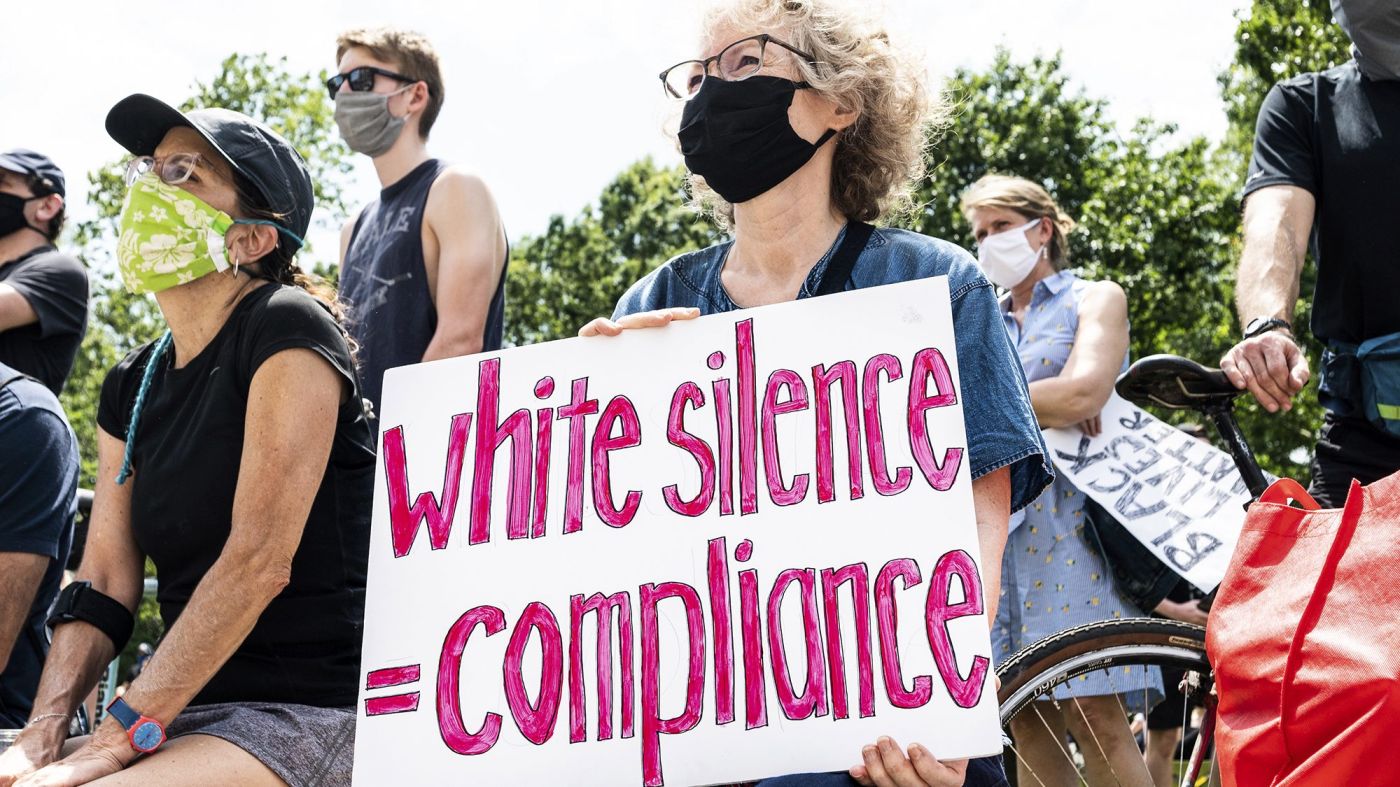 A report recently cited by The Washington Post found that federal statistics show that African American employees in virtually every industry tend to be concentrated in the lowest-paying jobs with little if any power.

According to the report, 89% of CEOs and 79% of executives, leaders and managers in the U.S. workforce are white.

For many of those who work inside these corporations and sit on their boards, the most tedious part of the job is placating white colleagues in positions of authority, especially those aspiring to — or purporting to — do good deeds.

In an analysis of white American viewpoints of African Americans, political scientist Andrew Hacker pointed out in his book, Two Nations: Black and White, Separate, Hostile, Unequal: “To be black in America means reigning in your opinions and emotions as no whites ever have to do. Not to mention the forced and false smiles you are expected to contrive, to assure white Americans that you harbor no grievances against them.”

Writing in the latest issue of Corporate Board Member magazine, Gaurdie Banister said, “Directors must first get past the naiveté of believing that the systemic racism and injustice encountered by black Americans does not exist in their companies.”

He added: “Many on boards believe that they have ‘done enough’ regarding racism and inequality in their company. They feel they have a meritocracy grounded in the ‘best person for the job’ mantra and that the various inclusion and diversity programs they have are working just fine. I submit that if that were all true, then thousands of people would not be in the streets protesting the system that produced Mr. Floyd’s demise.

“Using words like ‘diverse’ or ‘people of color’ ignores the fact that black people are treated differently than others,” Banister writes. “Do we believe Ahmaud Arbery would have been tracked and shot if he were Asian?”

While we’re at it, let’s stop using black and people of color interchangeably. They are different.

A movement can be hijacked with mountains of money.

How much business are these gigantic corporations doing with black businesses?

But will a black-owned company be chosen to make the shirts?

“These giant companies are spending billions and billions of dollars with their professional services firms, their investment banks, the law firms, the consulting firms, the advertising agencies. There’s this whole ecosystem that we’re left out of,” John Rogers Jr. said Thursday in a phone interview. Rogers is chairman, co-CEO and chief investment officer at Ariel Investments.

Rogers has sat on more than a dozen boards over the years. He has been in the boardrooms when a company has announced a major transaction. “You have a special board meeting and all the advisers walk in and it’ll be 12 white men walk in, the investment banker, the law firm, the consulting firm, the public relations firm, the government affairs firm,” Rogers said.

“I’ve raised my hand and said, ‘I have to acknowledge that this is not consistent with the values of this company to see only white men come in for this huge economic opportunity as we contemplate this transaction.’ ”

With daily protests and so many issues swirling around a far-flung black community, it’s easy to lose focus and movements can be taken over with missions blurred.

The prevailing impetus for African Americans must be closing the wealth and income gap. The gap has grown exponentially and continues to devour the hopes and aspirations of so many young African American lives.

With all due respect to the recent excitement around Juneteenth, corporations, including the NFL, should commemorate the series of massacres by whites across the United States where black communities that had begun to develop prosperity and independence were destroyed.

Corporations should develop a coordinated Marshall Plan to rebuild black communities, just as the United States helped rebuild Europe following World War II. There is a war being waged against the black community.

According to The Washington Post data bank, since January 2015, 1,252 black people have been shot and killed by the police. The devastation of the coronavirus made it clear that thousands of casualties come from limited access to medical care, and life-giving healthy food. And there are long-term casualties from not having access to top-notch education.

The African American community has so many needs.

What we don’t need is another holiday.