Duke signee Wendell Carter Jr. and his parents have basketball in the blood and academics on their minds

The high school standout and his family put God, grades and greatness first — and it’s sure to pay off

The basketball landed in Wendell Carter Jr.’s mammoth hands in the post while his parents watched courtside at the Nike Hoop Summit practice in Portland, Oregon, last week. As soon as the Duke signee spun baseline to leave his defender behind, Carter Sr. yelled, “Got ’em!” The 6-foot-10, 255-pound teenager finished the move by dunking hard with two hands with the strength of a brawny grown man. As Carter Jr. ran smoothly down the court, his mom proudly said, just above a whisper, “You can’t just put some guy off the street on my son.”

Say hello to the Carters, a socially aware African-American family that has basketball in the blood and academics and greatness on the mind. Father Wendell Sr. played professionally in the Dominican Republic, mother Kylia played at the University of Mississippi, and son Wendell Jr. is ranked as the third-best high school basketball player in the country by ESPN 100. Wendell Jr. is also elite academically and chose Duke over Harvard.

“We are a side of Wendell,” Kylia Carter told The Undefeated. “He’s really involved in the community. He volunteers. We keep him socially aware and educated on who he is as a black man.

“I am a Southern girl from Mississippi, and my husband is a black man in America. And we work diligently to make sure he’s informed, gets an education, watches documentaries, is aware of what’s going on around him and knows that his life is not indicative to the life of most black men.

“Even though he’s going to encounter some of those same experiences, they will be different for him. And we want him to be aware of all those that are not a part of this elite group of athletes or people.”

It seemed inevitable that Carter Jr. would become a basketball standout, considering his father is 6-foot-6 and his mother is 6-foot-5.

Kylia Carter played college basketball but was more enthused by academics. Carter Sr., who played at Delta State, said he had a 42-inch vertical leap during his heyday. He has video of his old dunks on his phone and met his wife during a dunk contest in Atlanta. Once they started dating, they played on a church basketball team together.

“I remember one summer I was playing in a summer league in Atlanta and Kylia’s sister lived in the same apartment complex,” Carter Sr. said. “And she said, ‘Hey, I got someone I want you to meet.’ So Kylia came home from school and I was in a dunk contest. After I won, I walked up to the stands and gave Kylia my trophy and told her to hold on to it. … That trophy still sits on our piano as we speak.”

Said Carter Jr.: “They got a pretty good knowledge of the game. I try to soak up as much as I can and be a sponge around them.”

Carter Jr. was born on April 16, 1999, in the Atlanta suburb of Fairburn. The Carters have been married for 26 years and admit their road has not always been smooth. Kylia Carter said their faith in God has helped fix some “ugly stuff” and they have always worked together to raise their son.

“We are going to be as transparent as we can,” Kylia Carter said. “One of the things we like to tell parents is, we are not the Huxtables or the Jeffersons or anything remotely close. We are your typical black family with typical black family issues. And we would not call ourselves super-stable or call ourselves extraordinary. We have had some struggles, some real problems, some in-your-face drama, some separation. … all the issues that plague us as black people and black families. We have a taste, if not a double dose, of those issues. 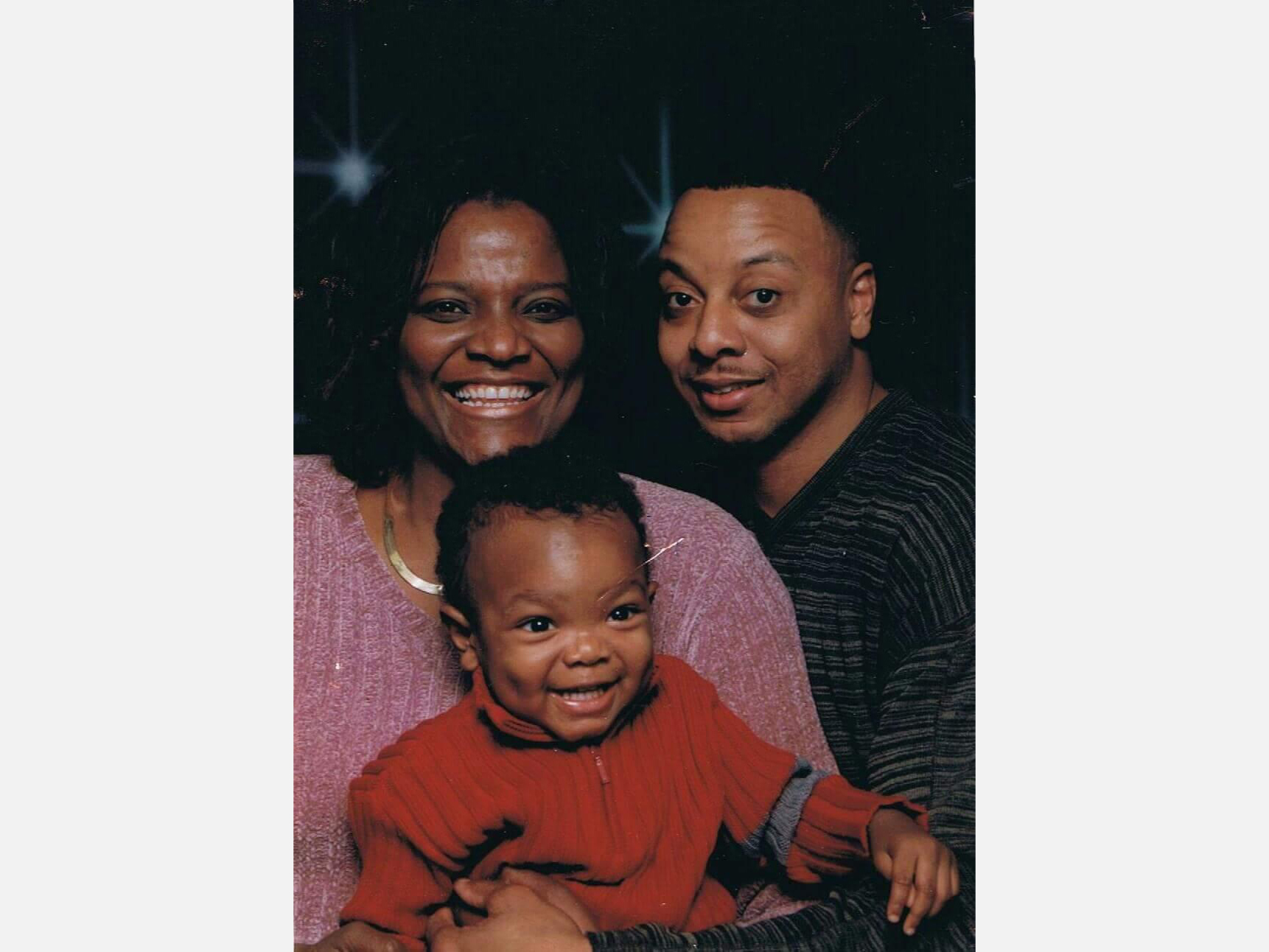 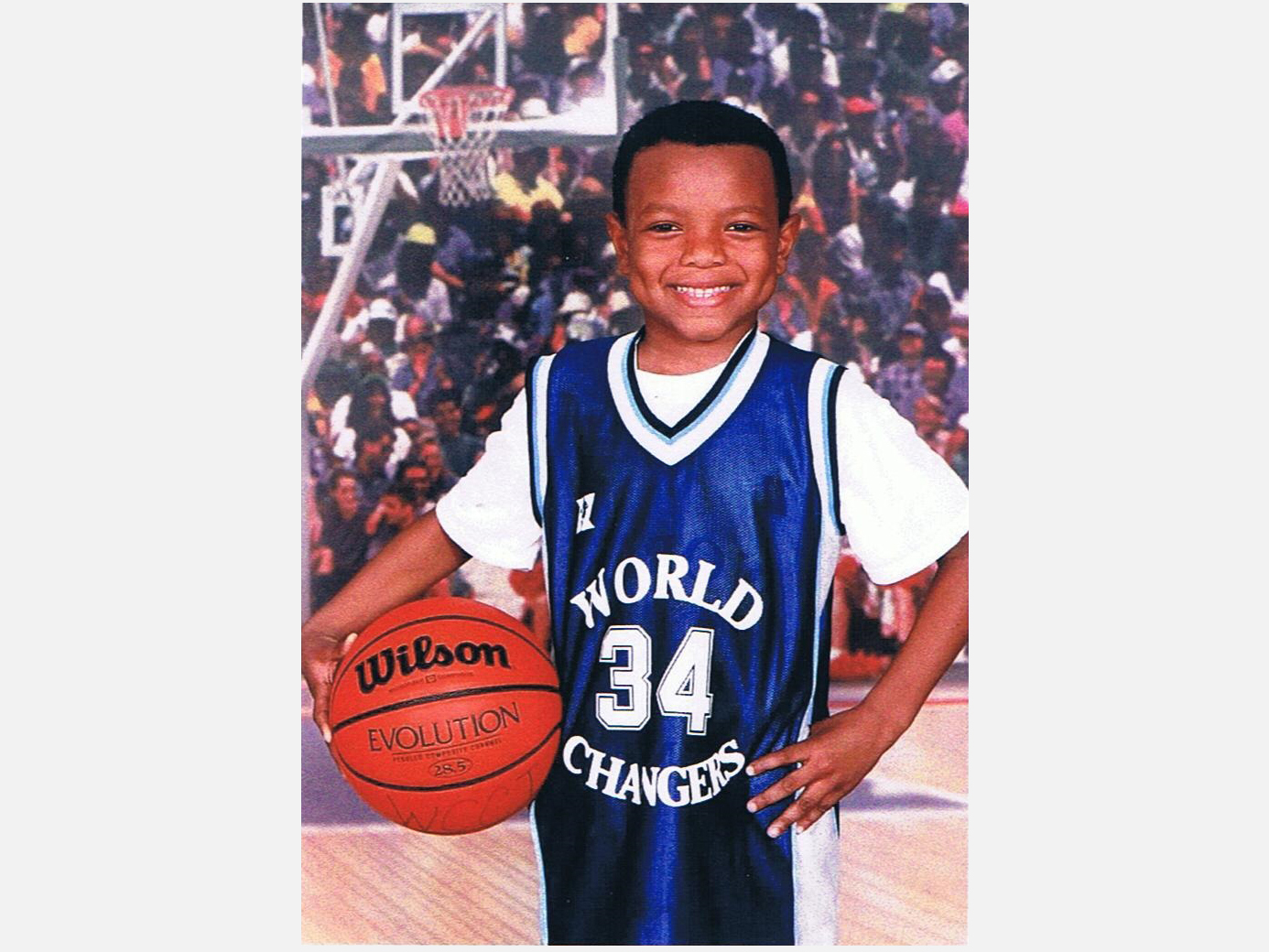 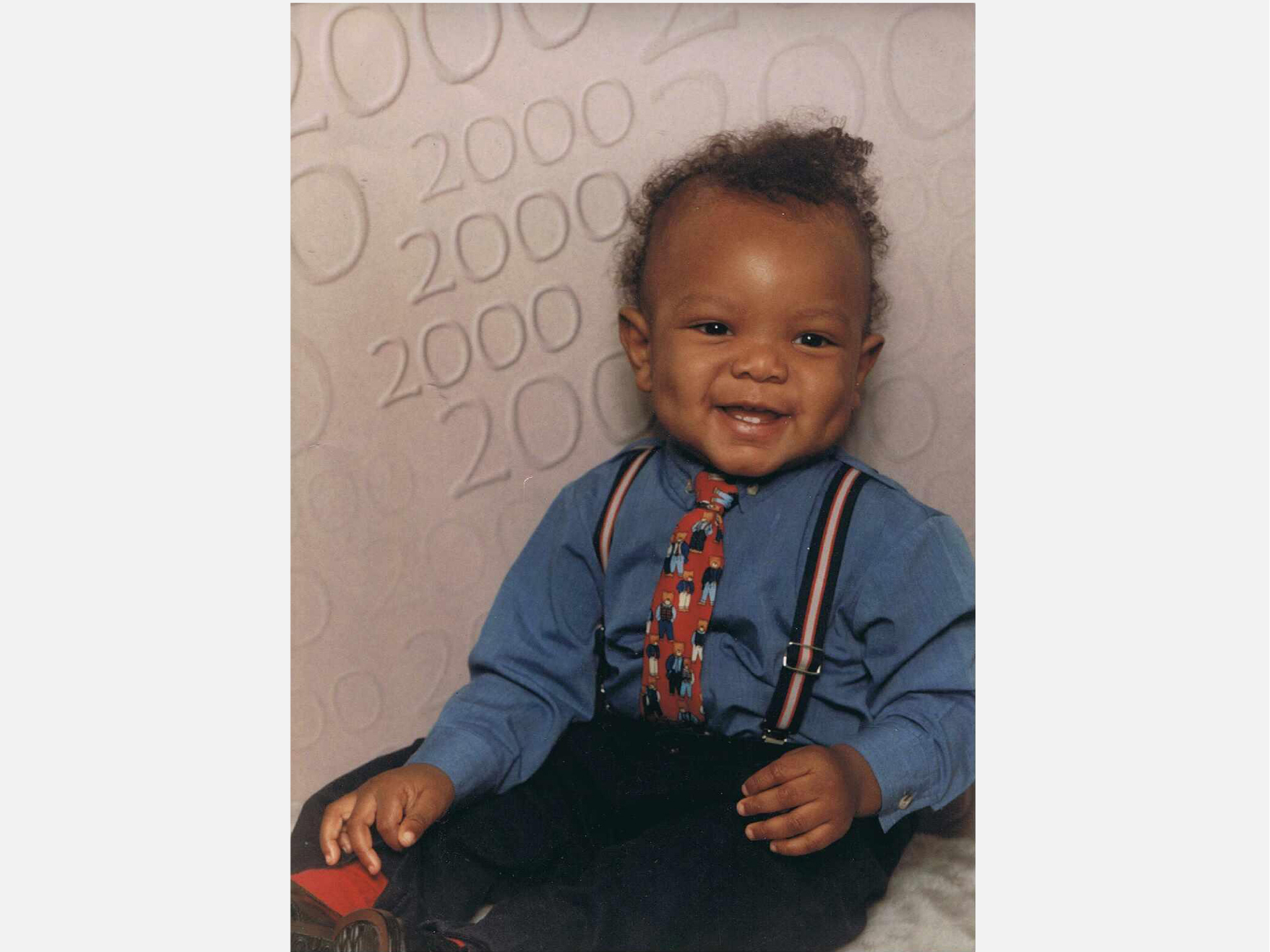 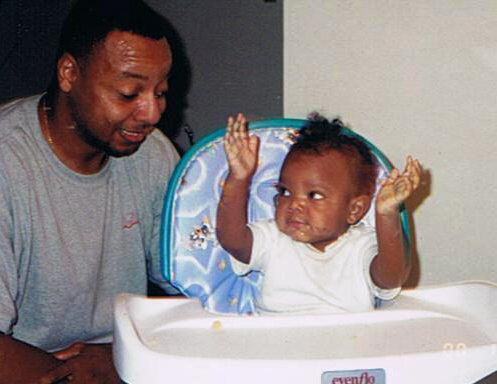 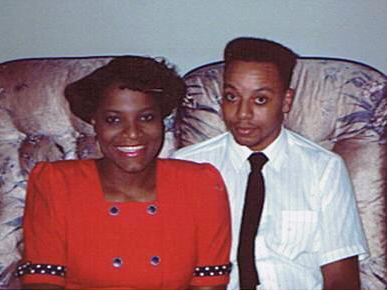 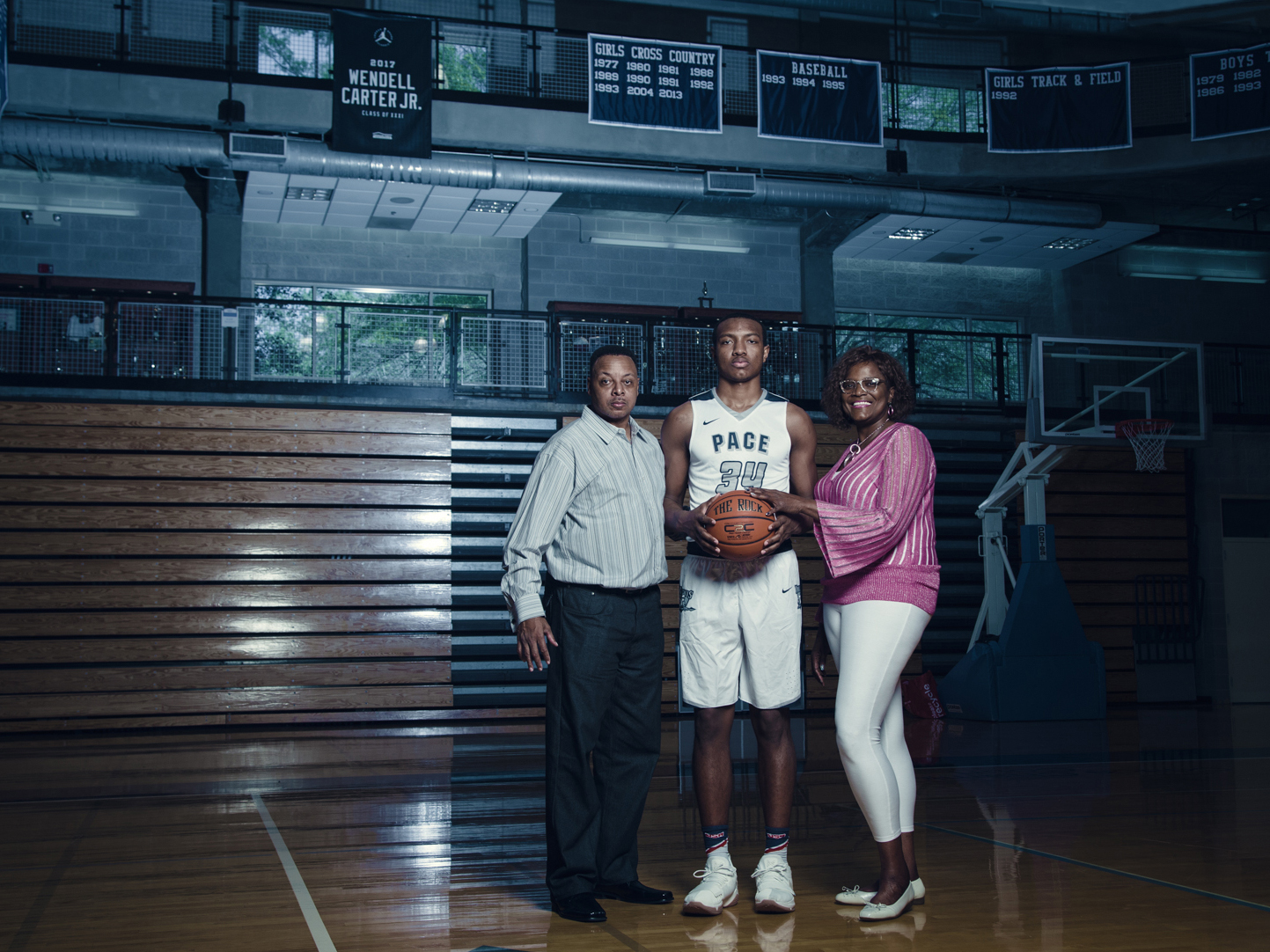 “But what we will say is we try to work through them. And that’s something our community has lost touch with, is the fact that we can get through even the ugliest of situations. Hold on. Trust God. And to not be cliché, but everything will be all right. If God is in it, I just believe that it can be fixed, whatever it is. God has proven that to me.”

Carter Jr. first played basketball for a church league in Atlanta when he was 4 years old. He was so tall that he quickly moved on to play against the 6-year-olds. Although he was a natural at basketball with extraordinary height, his parents impressed upon him the importance of education. Kylia Carter has two bachelor’s degrees and a master’s degree, and her husband has an associate degree.

The Carters told their son that if he didn’t do well in school, he would not be able to play. How well?

“We made this little rule: We told him he had to have A’s in order to play,” Kylia Carter said. “And he made all A’s, all the time. And we just kept pushing him academically and putting him in the right academic environment. He started making a few B’s, but that’s OK too.

“I guess there was a little ridicule at first because it’s not necessary. You don’t have to have an A to be a good student. But we told him, ‘You’re a boy and you’re black, an A is necessary.’ ”

Said Carter Jr.: “I wasn’t able to play basketball unless I had a great grade-point average. It stuck with me. I’m glad my mom did that. I used to not like going to school and faked sick all the time. Now, I enjoy going to school.”

Carter Jr. led Pace Academy to a 26-8 record and a 2017 Georgia Class 3A state title. The two-time Georgia state champion averaged 22.7 points, 15.5 rebounds and 5.8 blocks as a senior. The 2017 Georgia Gatorade Player of the Year landed in the prep elite trifecta, as he participated in the McDonald’s All-American Game, the Hoop Summit and Friday night’s Jordan Brand Classic.

Carter Jr. is equally impressive off the court.

He had a 3.8 GPA and earned the school’s Lance and Shield Award as a top scholar-athlete. The National Honor Society member received the boys’ 2017 Morgan Wootten National Player of the Year award, which goes to the student-athlete who best exemplifies outstanding character, leadership and academics. Previous winners include LeBron James (2003), Dwight Howard (2004), Jabari Parker (2013) and Lonzo Ball (2016). Carter Jr. also loves math, is involved in community charities and plays an active role in theater at his high school.

“I’m going to miss the play at my school because of all these all-star games,” Carter Jr. said. “I couldn’t go to any of the rehearsals for the play Thoroughly Modern Millie. I go home and study the lines like I study for a test the next day. I love the improv. I see it as a way to get outside of myself and do something different.”

Carter Jr. signed a national letter of intent on Nov. 23, 2016, to play for Duke University. Georgia Tech was in the mix. Kylia Carter wanted her son to sign with a school known more for academics than basketball: Harvard University.

Carter Jr. took his first official visit to Harvard, enjoyed the diversity and academic environment and considered the Ivy League school a “great possibility” despite its distance from Atlanta and the Boston climate. Carter Jr. said he ultimately chose Duke because it was a “win-win” with athletics and education plus “one of the best coaches.”

“I’m a different person. I actually like going to school. I like doing my homework. I saw it as a situation where I could do something different, change the game,” Carter Jr. said of Harvard. “It’s a great academic school. God forbid something happen to me physically. … Just saying I was interested in Harvard. People were noticing me so much more.

“That was the main reason I considered it, and I had a good relationship with the coaching staff. I knew a couple of kids that go there, so I saw it as a great possibility. … [My mom] still wears the Harvard sweaters around the house. She goes out in it. She loves Duke, but I can say she likes Harvard more.”

While Kylia Carter was initially disappointed, she eventually approved and was seen at the recent Hoop Summit wearing a Duke sweater. One thing she won’t compromise on is her son getting a college degree, whether or not he goes to the NBA. Carter Jr. has the potential to be a one-and-done player at Duke, but he’s on board with earning a degree.

Carter Jr. plans on majoring in math, economics or finance.

“One thing that no one can ever take from you is your knowledge. As long as I continue to build my knowledge, continue to get smarter, I can see me doing other things around basketball as soon as the ball stops bouncing,” Carter Jr. said.

The Carters had one issue with their son’s recruiting process. They believed that, consciously or unconsciously, some white basketball coaches were disrespectful to Carter Sr. They said some coaches didn’t speak to him at all. Others concentrated on the prized recruit’s mom.

The Carters believe there is a perception that a black father either isn’t involved or doesn’t have the influence to aid his son in making a college decision. Carter Sr. wondered whether the disrespect was because he is a black man or because the coaches were used to recruiting black kids from single-parent homes. He added that a black coach rarely was involved in his son’s recruiting.

“There would be situations where we would be at the table talking and I would be overlooked, or there was no eye contact and everything was referred to my wife,” Carter Sr. said. “And [Los Angeles Clippers guard] Chris Paul’s dad, Charles Paul, I asked him, ‘Have you ever experienced this?’ He said, ‘Oh, yeah.’ He said, ‘I still deal with it.’ And that’s just one of those trends.

“One of the coaches even totally said it, and I didn’t find the levity in it. He said, ‘You want to get to the son, you talk to his mom.’ That was a slap in the face to me. There was no levity when it came to that because, that’s kind of what people do. They deal with the mother and X out the father like he’s not around.”

Kylia Carter said she eventually noticed the slight and asked coaches to direct more of the questions to her husband. Carter Jr. became aware of it as well.

“I would find myself putting a lot of effort into making sure he was included, because I could feel that,” Kylia Carter said.

Carter Jr. said he thanks God for his “two beautiful parents who helped me achieve my goals every day.” His parents plan on continuing to push him to strive for much more than the norm.

“We are very, very, very, very proud,” Carter Sr. said. “It’s kind of exceeded expectations. We didn’t know it was going to be this big. It’s probably going to get a little bigger, but we’re taking it all in stride and learning as we go.”