Based on more than 15 interviews with both league and club officials, an identification of six potential GM candidates

In 2020, the Cleveland Browns hired Andrew Berry as their general manager. Berry joined Chris Grier of the Miami Dolphins, doubling the NFL’s number of Black general managers that year to only two.

The next year, three Black general managers joined teams: Terry Fontenot of the Atlanta Falcons, Brad Holmes of the Detroit Lions and Martin Mayhew of the Washington Commanders. Then in 2022, the Chicago Bears brought in Ryan Poles, and the Minnesota Vikings turned to Kwesi Adofo-Mensah, increasing the league’s number of Black GMs to seven.

The NFL has never had more than seven. On Monday, that number remained at seven, as the Arizona Cardinals hired Monti Ossenfort, former director of player personnel with the Tennessee Titans, as their new general manager.

With the Titans in the market for a new roster architect, the NFL has an opportunity to break new ground. And there are many top-notch candidates in the pipeline for the positions, several high-ranking league officials said.

“The pipeline is extremely strong,” Troy Vincent, the NFL’s executive vice president of football operations, wrote to Andscape in a text message.

“As hiring season comes upon us each year, continuous daily efforts have been put into intentionally identifying and developing general manager talent. The focus now is aimed at ensuring these extraordinary individuals are considered with fairness and provided equal opportunity to lead a franchise.” 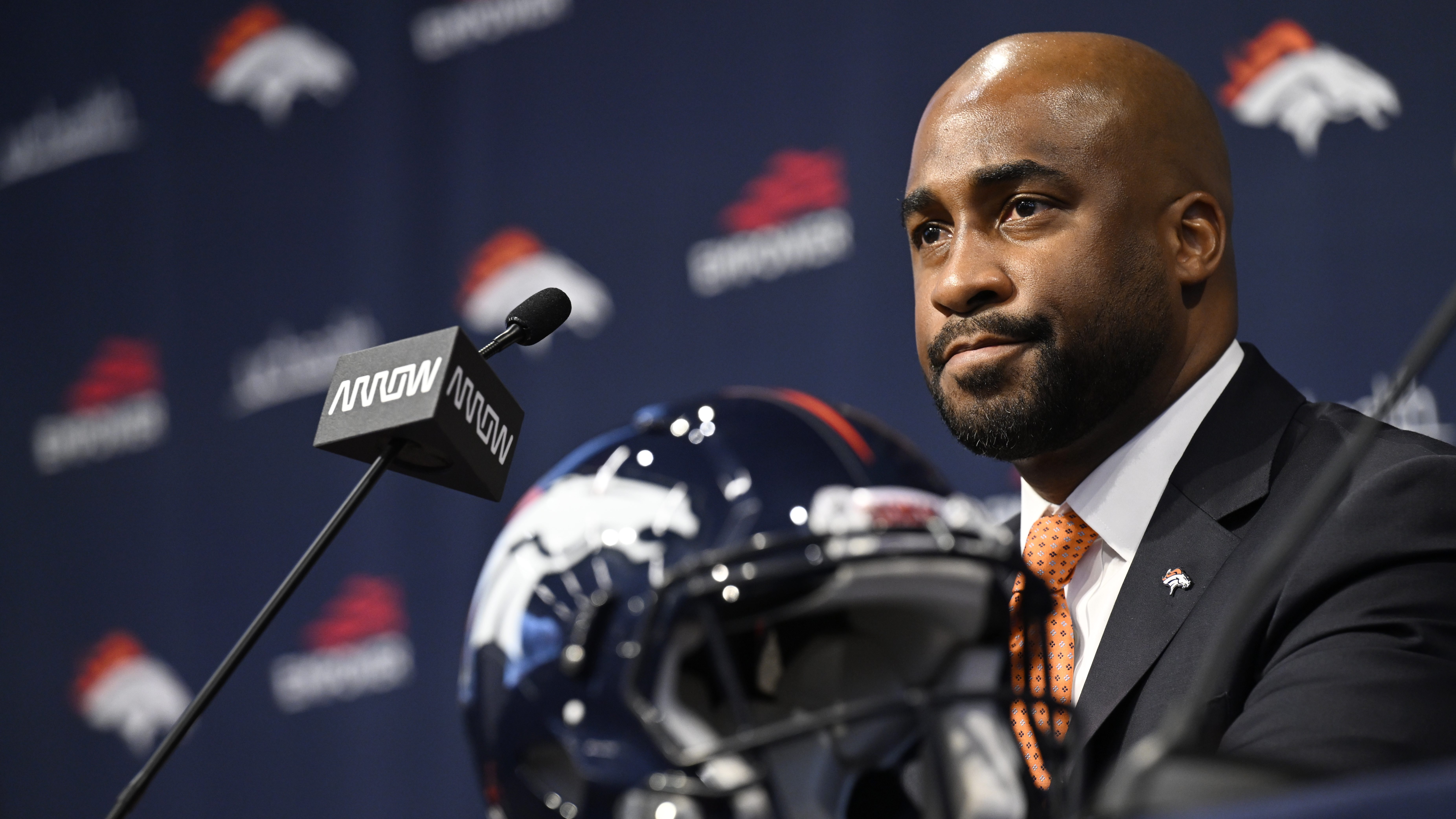 The NFL’s number of Black team presidents is risingRead now

In that goal, Vincent and Rod Graves of the Fritz Pollard Alliance are aligned.

As the executive director of the independent organization that advises NFL leaders on matters of diversity, equity and inclusion in hiring, Graves monitors job openings at the franchise level. He’s pleased that the league has made substantial progress in both the hiring of general managers and team presidents recently.

“The gains we have seen … have been gratifying,” Graves, formerly both an NFL general manager and a senior vice president in the commissioner’s office, wrote to Andscape in a text message. “Each of the executives have an impressive history. They existed in the pipeline for many years.

“There are other executives and coaches of color who deserve an opportunity to lead in their respective areas. The increase in the number [of GMs and team presidents] is due to the league’s emphasis on fair, open, and competitive processes. If we are to see sustainable progress, that emphasis must remain strong and universally applied in all leadership areas.”

In 2022, the number of Black NFL team presidents increased from one to five, with Kevin Warren of the Bears last week becoming the latest member of the exclusive club. The first Black female team president in league history – Sandra Douglass Morgan of the Las Vegas Raiders – is among the newcomers.

Despite the gains made in those powerful positions, however, the NFL has only two Black head coaches: Mike Tomlin of the Pittsburgh Steelers and Todd Bowles of the Tampa Bay Buccaneers. Never forget: The NFL has 32 teams, and players who identify as either Black or African American account for 57.5% of NFL rosters. That number has been as high 70%.

Still, league leaders have gains to point to recently, which for them is a welcome change.

Based on more than 15 interviews with both league and club officials, Andscape has identified six potential GM candidates who are ready to run a shop: Malik Boyd of the Buffalo Bills, Brandon Brown of the New York Giants, Ran Carthon of the San Francisco 49ers, Ian Cunningham of the Chicago Bears, Champ Kelly of the Las Vegas Raiders and Adrian Wilson of the Cardinals.

Since 2017, Boyd, 52, has served as the Bills’ senior director of pro personnel. In that key role, Boyd has helped construct one of the league’s strongest rosters. This season, the Bills qualified for the playoffs for the fourth consecutive season. During that stretch, Buffalo has won three straight AFC East titles.

As a scout, Boyd cut his teeth with the Cardinals, and he rose steadily in the organization’s football operation. During his playing career, Boyd was a Minnesota Vikings defensive back for two seasons in the mid-1990s.

Brown of the Giants didn’t play in the NFL, but he’s a fast-rising star as an executive.

At only 34, Brown, the Giants’ assistant general manager, is the top lieutenant of club GM Joe Schoen. During his first season in New York, Brown contributed to the Giants’ first postseason appearance since the 2016-17 season.

Prior to joining the Giants, Brown, who has a law degree, spent five seasons with the Philadelphia Eagles. As the Eagles’ director of player personnel, Brown directed the Eagles’ pro scouting department. 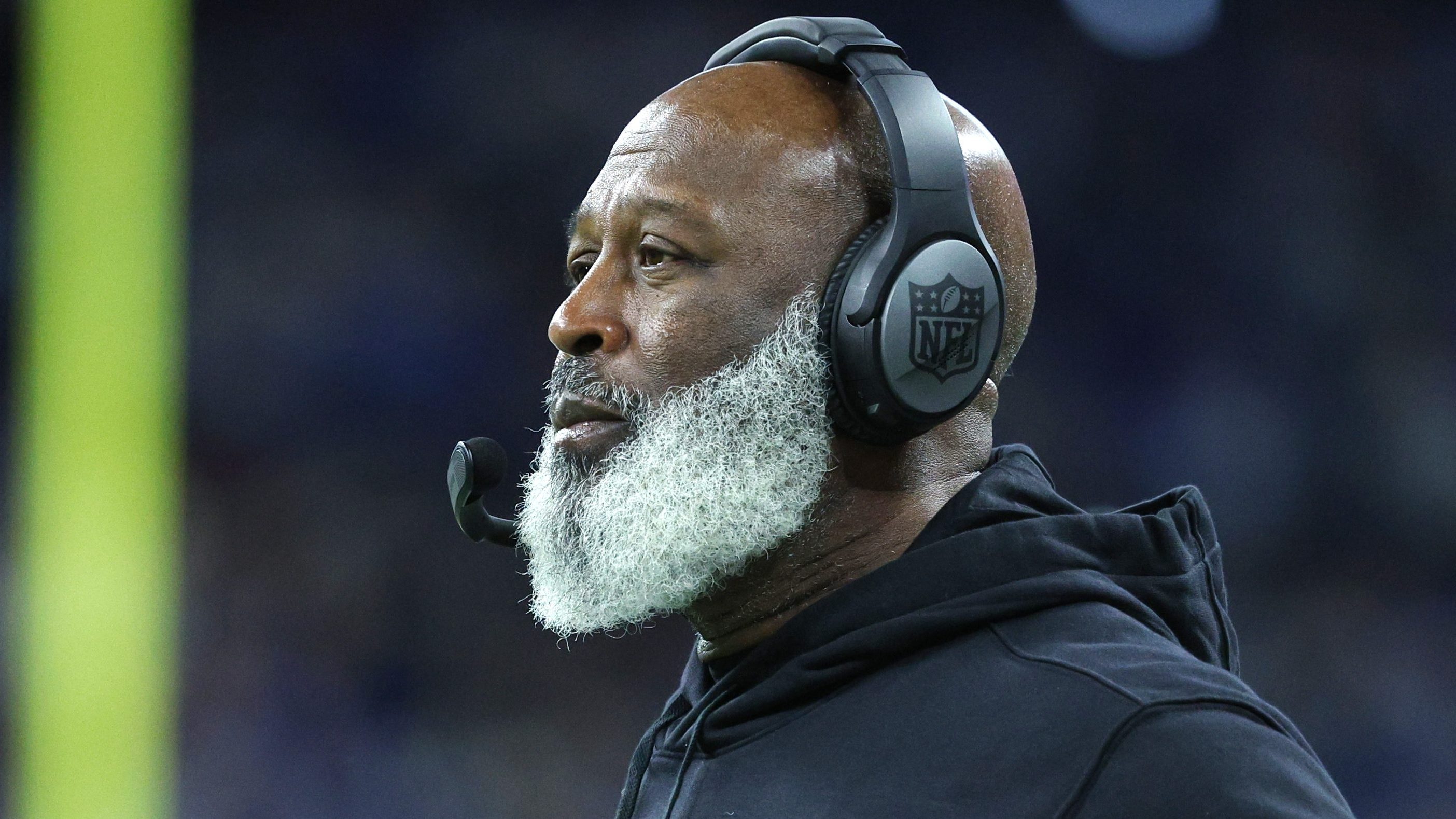 With the NFL’s Houston Texans, Black coaches have had no chanceRead now

With the 49ers, Carthon, 41, currently serves as the club’s director of player personnel. After playing in the league briefly as a running back, Carthon began his second NFL career as a pro scout with the Atlanta Falcons.

Carthon grew up in the league. Maurice Carthon, Ran’s father, had an eight-year NFL career as a running back with the New York Giants and Indianapolis Colts. The elder Carthon also held coaching positions with many teams in the league.

Cunningham, 36, has climbed the ladder at good pace.

A protégé of Ozzie Newsome, the first Black general manager in NFL history, Cunningham just completed his first season with the Bears. Before joining Chicago to become Poles’ top adviser, Cunningham, who learned to evaluate players by analyzing game tape with Newsome, spent five years with the Philadelphia Eagles. In his last year with Philadelphia, he was its director of player personnel.

Wilson, 43, is one of the top player-personnel executives for the Cardinals, the only team for which he played during an outstanding 12-year NFL career. A star safety, Wilson was a five-time Pro Bowler and a three-time All-Pro selection.

Currently, Wilson serves as Arizona’s vice president of pro scouting. After his playing career ended, Wilson moved to the team’s scouting department. He also was the Cardinals’ director of pro scouting.

With so many talented Black executives from which to choose, the Titans have many good options. The question is, will they select one?