The NFL’s number of Black team presidents is rising

In 2022, three Black people were hired to run franchises: ‘We feel like we’re moving in the right direction’

Within the NFL commissioner’s office, the league’s inclusive hiring problem is always under further review.

And while the NFL’s failures in this key area are well documented, its successes receive considerably less attention. Make no mistake, there have been many recently – especially in senior leadership among franchises.

Not surprisingly, Jonathan Beane, NFL senior vice president and chief diversity and inclusion officer, is eager to discuss the league’s proof of progress. And at midseason, Beane has receipts.

In 2022, the number of Black NFL team presidents has increased from one to four. The first Black female team president in league history, Sandra Douglass Morgan of the Las Vegas Raiders, is among the newcomers.

Likewise, the numbers are trending in the right direction at general manager.

At the end of the 2018-19 season, Chris Grier, general manager of the Miami Dolphins, was the NFL’s only African American employee to occupy, traditionally, the most important executive position in football operations. The league now has seven Black general managers.

Additionally, there’s no disputing that commissioner Roger Goodell walks the talk in the shop he runs. 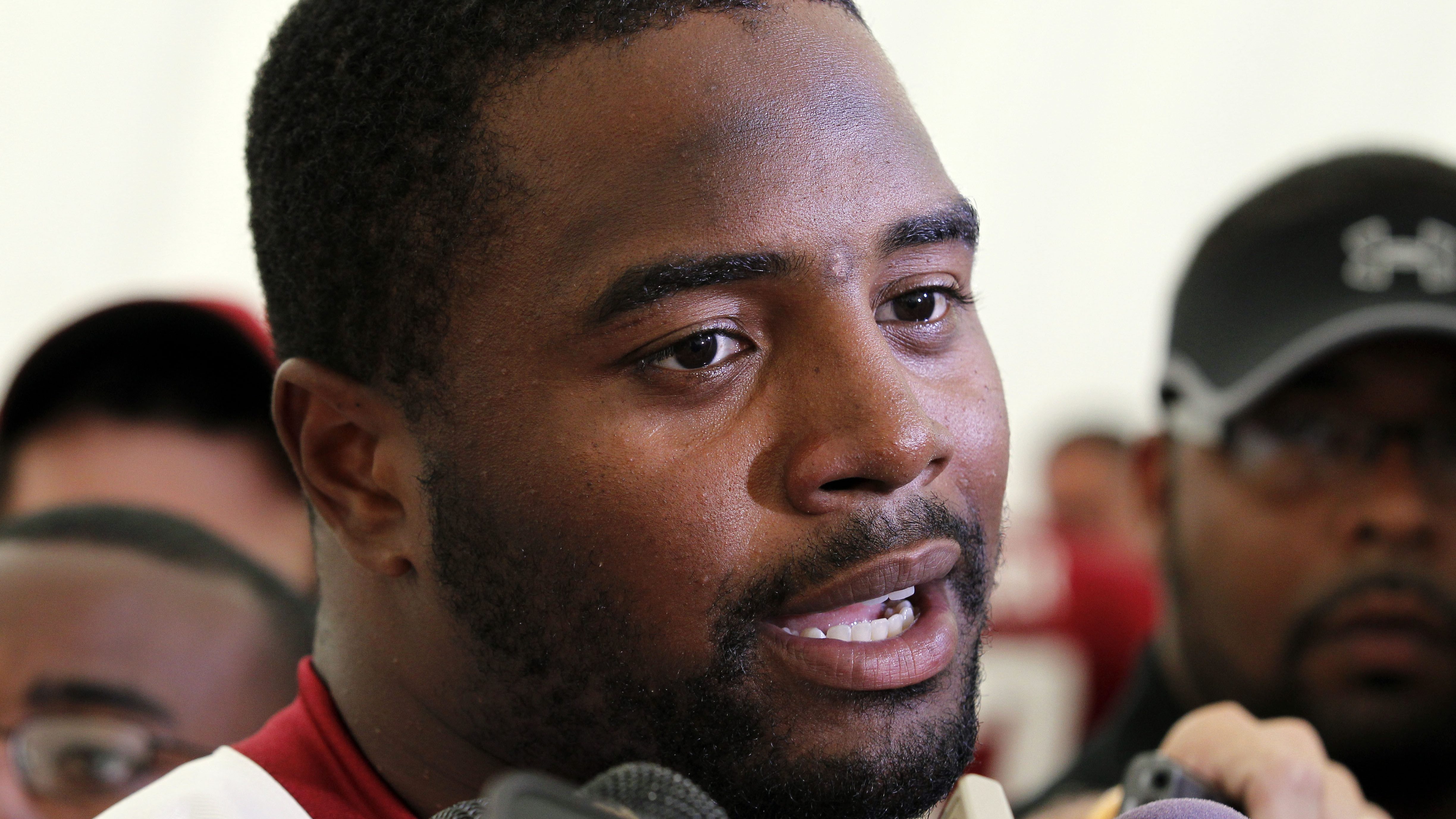 The workforce in the league’s New York City headquarters looks like America, and there are Black people under Goodell who have their hands on the levers of power. Of the 17 highest-ranking officials in NFL football operations, nine are Black. Eight of the nine have vice president-level titles or higher, and the group is led by a Black man: Troy Vincent, executive vice president of football operations.

During a lengthy, wide-ranging phone interview with Andscape recently, Beane leaned on facts.

The NFL was founded on Sept. 17, 1920. It wasn’t until Aug. 17, 2020 – exactly one month before its centennial – that the league hired its first Black team president: Jason Wright of the Washington Commanders.

Until 2022, Wright stood alone. This year, he has been joined by Sashi Brown of the Baltimore Ravens, Douglass of the Raiders and the elite group’s newest member, Damani Leech of the Denver Broncos.

Beane, for one, isn’t surprised by the exponential growth of Black team presidents.

“Each team has three CEOs,” Beane said. “You have the GM, the head coach and the team president. The president role is a critical role for an organization. And the thing is, when you look at each one of [the new team presidents] … they have exceptional backgrounds and a long history of great leadership.

“These are positions where you have people that have been in the roles for 10, 15, sometimes 20 years. That’s one piece that has not really being emphasized as much as it should [about improvements in hiring], because you’re talking about someone who [could] be the face of their organization, or one of the faces, for a long time.” 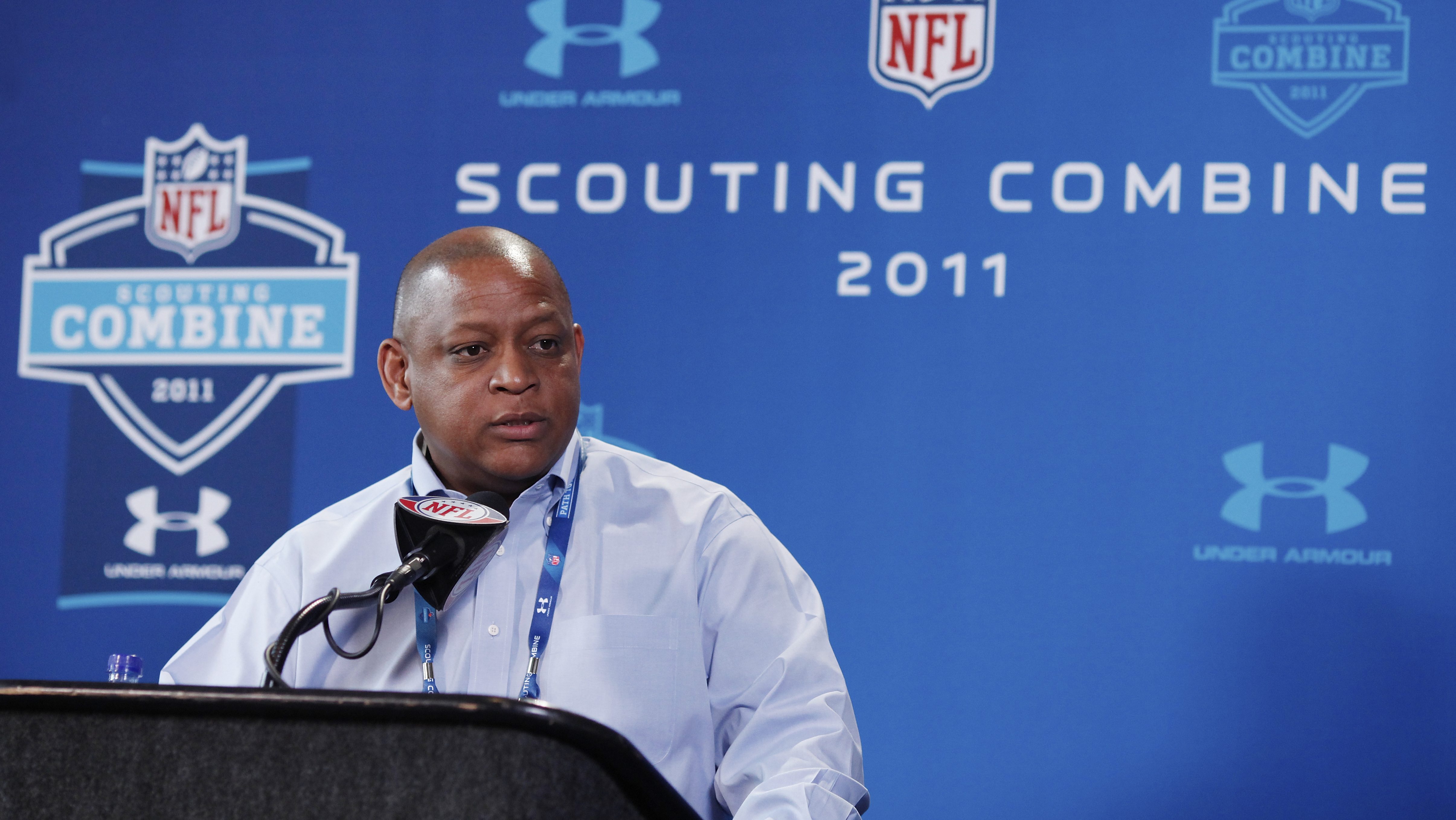 Similarly, Beane expected to see progress made on the general manager front because the NFL has a deep pipeline of qualified candidates, he said.

Three Black general managers were hired during the 2020-21 cycle: Terry Fontenot of the Atlanta Falcons, Brad Holmes of the Detroit Lions and Martin Mayhew of the Commanders.

And in the previous cycle, the Chicago Bears hired Ryan Poles, formerly executive director of player personnel for the Kansas City Chiefs. The Minnesota Vikings hired Kwesi Adofo-Mensah, then vice president of football operations for the Cleveland Browns.

The NFL has a lot of “folks who are ready to go into the role. And [even with the recent hires], we still have that,” Beane said. “One season is one season, and [then] you go to another season. The key is to get to sustainable, strong representation each season over season. But we feel really good about [the past few hiring cycles].”

Each of the NFL’s clubs chose two participants (one assistant coach and one front-office staffer) for the accelerator program, which was launched at the league’s spring meeting in Atlanta in May.

The program is intended to accelerate the rise of qualified minority employees in coaching and front-office management. Participants attended sessions on subjects tailored to help them continue to grow in their current jobs, with an eye toward preparing them to be at their strongest when, hopefully, they enter the hiring pipeline in pursuit of positions as head coaches and general managers.

The thinking is that the NFL must increase the number of diverse candidates in the coaching pipeline on offense because franchise owners often elevate high-profile offensive assistants to run their teams. Eric Bieniemy of the Kansas City Chiefs and Byron Leftwich of the Tampa Bay Buccaneers are the NFL’s only Black offensive coordinators. 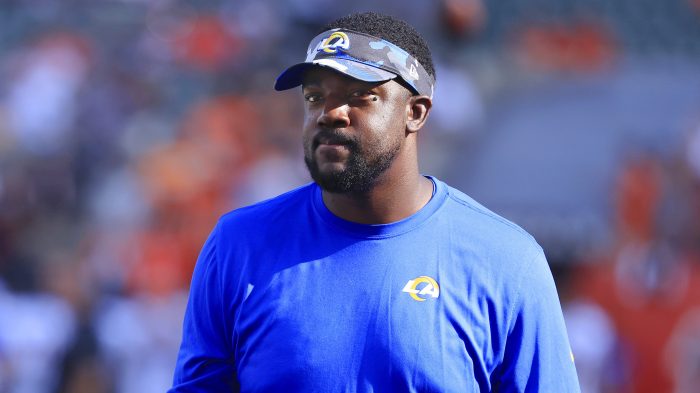 “To me, the barometer of whether [the inaugural accelerator program meeting] was successful or not are the feelings and the feedback from the participants and the feelings and feedback of the owners, both of which were overwhelmingly positive,” Beane said. “From that perspective, I see it as a big, big success.

“With the offensive coach resolution, it was not only a directive and a mandate for all clubs to hire someone who is a person of color or a woman. It’s also the spirit of it … for [the minority assistants to have] direct and continual interaction with the head coach, offensive coordinator and the team of offensive coaches. We see that happening.”

Yep. For the NFL, there’s some good news.

However, there’s also the rest of the story: There are only three Black head coaches and six minority on-field leaders in the 32-team league. Pittsburgh Steelers assistant coach Brian Flores and two other coaches have filed a racial discrimination lawsuit against the NFL. They allege that professional sports’ most successful and powerful league commits widespread malfeasance in its hiring practices.

Even Goodell acknowledges the NFL has a long way to go for its rhetoric to align with its actions on diversity, equity and inclusion in hiring at the club level. In the NFL’s internal struggle to create a truly inclusive workplace, Beane and others on the front lines are winning some important battles.

Victory in the war, though, can’t be claimed until there’s major improvement on the coaching front – and that fight is far from finished.