All South African goalkeeper Andile Dlamini had to do was hold focus for a few more minutes, and her team would lift the trophy as champion of the Women’s Africa Cup of Nations for the first time.

The last seconds of regulation play had just expired. Only stoppage time remained. Banyana Banyana, as the South African team is more commonly known, was ahead 2-1. This is the most dangerous scoreline in soccer: To be up by a single goal against a team that’s had a taste of your blood, or to be one goal away from leveling a now-vulnerable opponent is to compete on a knife’s edge of possibility.

“I kept asking my teammate how much time [the referees] added,” Dlamini recalled with a laugh. “She said, ‘Nine,’ and I was like, ‘Why?!’ ” She knew what Morocco — a team that dazzled as WAFCON debutantes and who, as tournament hosts, had the support of more than 40,000 screaming fans in its home stadium that evening in Rabat — could do in nine minutes.

Five hundred and forty agonizing seconds later, the referee blew the final whistle, and South Africa was crowned the best women’s national team on the continent.

The Women’s World Cup in 2023 will feature at least four and as many as six African teams next year, the most that have ever competed. Many of these teams boast rosters of players who represent top clubs across Africa and abroad. The level of competition in women’s soccer across the world is rising exponentially; even FIFA rankings can’t quite capture the teams’ growth and prowess.

It all demands close attention paid to every tournament, but soccer fans in the U.S. and many other countries outside Africa weren’t able to watch WAFCON as easily as they could other equally thrilling tournaments that took place last month, such as the Confederation of North and Central American and Caribbean Football (Concacaf) Women’s Championship, the European Championship, or Copa América Femenina.

Qatari broadcaster beIN Sports carried the tournament through FuboTV in the U.S.; the final was streamed on YouTube TV. That left viewers with the option of either paying for a subscription (YouTube TV), seeking out illegal streaming sites, or making do with social media highlights. Via subscription, the Concacaf Women’s Championship was available on CBS Sports Network and streamed on Paramount Plus (Paramount+), the Euros across ESPN platforms and Copa América on Fox platforms.

After years of advocacy from teams and fans for more serious support of the women’s game, the Confederation of African Football gave the Women’s Africa Cup of Nations tournament a long-awaited face-lift, expanding the pool of teams from eight to 12 and adding a video assistant referee — the likely responsible for all that stoppage time — into every match. Morocco’s soccer federation had also made similar recent investments locally, and was eager to show off its up-and-coming national team and pristine training facilities as hosts.

Ultimately, though, African teams were denied global exposure, and millions of soccer fans were unable to view a spectacular tournament. Meanwhile, a spokesperson for CBS Sports/Paramount+ said “Paramount+ scored record viewership for CBS Sports’ coverage of the Concacaf W Championship,” and that the final featuring the United States vs. Canada was the most-streamed women’s soccer match ever on Paramount+. A FOX Sports spokesperson said the overall reach of the Copa América Femenina was 1.3 million viewers. Viewership numbers for the European Championship final peaked at 17.4 million on BBC, and 971,000 on ESPN. 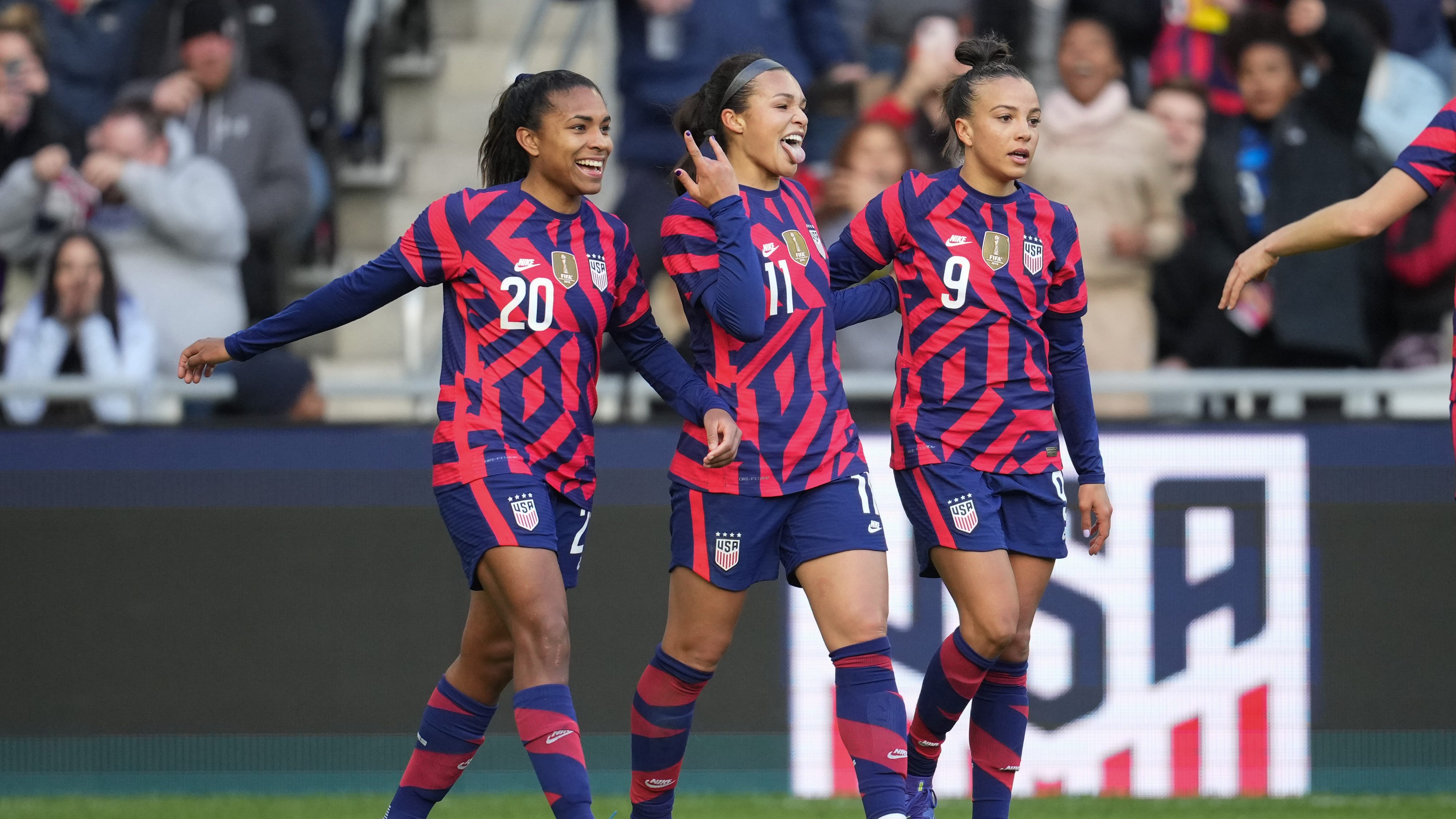 For those who did manage to watch WAFCON, it was clear the discussion about African women’s soccer has outgrown simple classifications as a sport with potential — it has arrived, and now it’s up to anyone who hasn’t been following it to catch up.

The positive strides aren’t limited to pitch-side action, either. Banyana Banyana’s triumph was so mighty that it prompted South African president Cyril Ramaphosa to ask the sports ministry to increase the amount of prize money they were awarded and ensure they were paid equal to Bafana Bafana, its male counterpart.

As Banyana Banyana progressed toward its WAFCON victory, its compatriots back home struggled through South Africa’s worst electricity crisis in years, along with high rates of inflation and unemployment that have also wreaked havoc the world over. For the players to step off the plane after a tournament with gold medals around their necks brought the country desperately needed hope and joy.

“I think it’s way, way bigger than us, and for most of the players I don’t think they realize the magnitude,” said South African coach Desiree Ellis, who was recently named Women’s Coach of the Year for the third time by the Confederation Africaine de Football (CAF), the governing body of African soccer. “You meet people in the street and they almost bow down and hug you. And you realize that you’ve brought the nation together.”

Nor have the celebrations been limited to nationals — it’s been a victory for anyone who wants to see African women’s soccer thrive.

“From Day One [of the tournament], I was with South Africa,” said Jennifer Cudjoe, a Ghanaian midfielder who plays for New York/New Jersey Gotham FC in the National Women’s Soccer League. “They’re young, but they play good soccer. They’re going to shock people at the World Cup.”

“It’s too much. When men have games, you can find them on almost any channel.” — Jennifer Cudjoe

Cudjoe plays for Ghana’s women’s national team, but they didn’t qualify for WAFCON. She still followed it closely, as she always has, though she had to rely on a livestream link one of her friends sent her.

She hopes that eventually she won’t have to scramble to watch one of the world’s most popular sports.

“It’s too much,” Cudjoe said. “When men have games, you can find them on almost any channel.”

Other soccer fans living in the U.S. weren’t even aware WAFCON was taking place and came across it by chance on social media.

Alec Lomami lives in North Carolina, spent his childhood in the Democratic Republic of Congo, and grew up around soccer. The artist and DJ primarily follows men’s leagues, but recently started paying attention to the Women’s World Cup and Euros. He didn’t know about WAFCON until a friend from Cameroon tweeted about the performance of women’s national team in the tournament.

“It was really good,” he said of the games he watched. “It made me want to follow it more. We know the stereotypes about women’s soccer not being as entertaining, or too slow, but after watching the games, it was high-quality.”

An avid follower of the English Premier League, Ludi Nsimba “didn’t even know that the games were happening for the women” until she stumbled upon WAFCON while scrolling through the CAF’s Instagram page. The project manager and Arsenal fan wound up keeping track of the tournament that way, gleaning results and standout moments from video highlights and photos she saw on her timeline.

Nsimba, whose mother is from the Democratic Republic of Congo and father is from Angola, has vivid memories of waking up at odd hours in college with other first-generation soccer fans to watch games that were played overseas in faraway time zones. She sees the development of women’s soccer in Africa similarly — requiring extra effort to access, but she shares Cudjoe’s optimism about its evolution.

Much of the WAFCON social media presence was due to the CAF’s broader effort to elevate the status of the women’s game in Africa.

“Eighty percent of the people who follow me on social media now were not following me before the tournament. Now they know I exist because we were on a bigger platform to showcase our talent.”

Veron Mosengo-Omba, CAF general secretary, said one of the administration’s imperatives “was to prioritize women’s football and take the game to a different level. Key in this was to improve the standard of the competitions and, more important, to build a product that will be globally competitive.”

This meant refining the television quality and investing in content creation that was, as he put it, “easy on the eye,” which required doubling the number of cameras at the stadiums, among other changes.

Granting spectators a behind-the-scenes dimension to the tournament affected the players’ experiences, too.

“Eighty percent of the people who follow me on social media now were not following me before the tournament,” Dlamini said. “Now they know I exist because we were on a bigger platform to showcase our talent.”

She has received so many messages from younger fans asking her for advice now that she can’t answer them all, but she tries her best. There was a time not long ago that she was in their position.

For its part, beIN Sports, as the sole broadcaster of the WAFCON tournament, appears to recognize both African soccer’s potential. The media group carried the inaugural African Women’s Champions League in 2021, the men’s AFCON tournament earlier this year, and WAFCON — and all three have been met with growing interest, according to the company.

“Our audience has been steadily growing across both women and men,” beIN Sports North America managing director Antonio Briceño said in an email. (beIN, FOX and Paramount+ did not share their specific viewership numbers from WAFCON.)

“The Women’s Africa Cup of Nations is an important property for us, as it serves a dual purpose: elevating women’s sport, and female talent and profiles. We know tournaments such as these bring a long overdue spotlight onto the talent in women’s sport on and off the pitch, and we want to make sure that as many perspectives from international women’s sport [are] covered.” 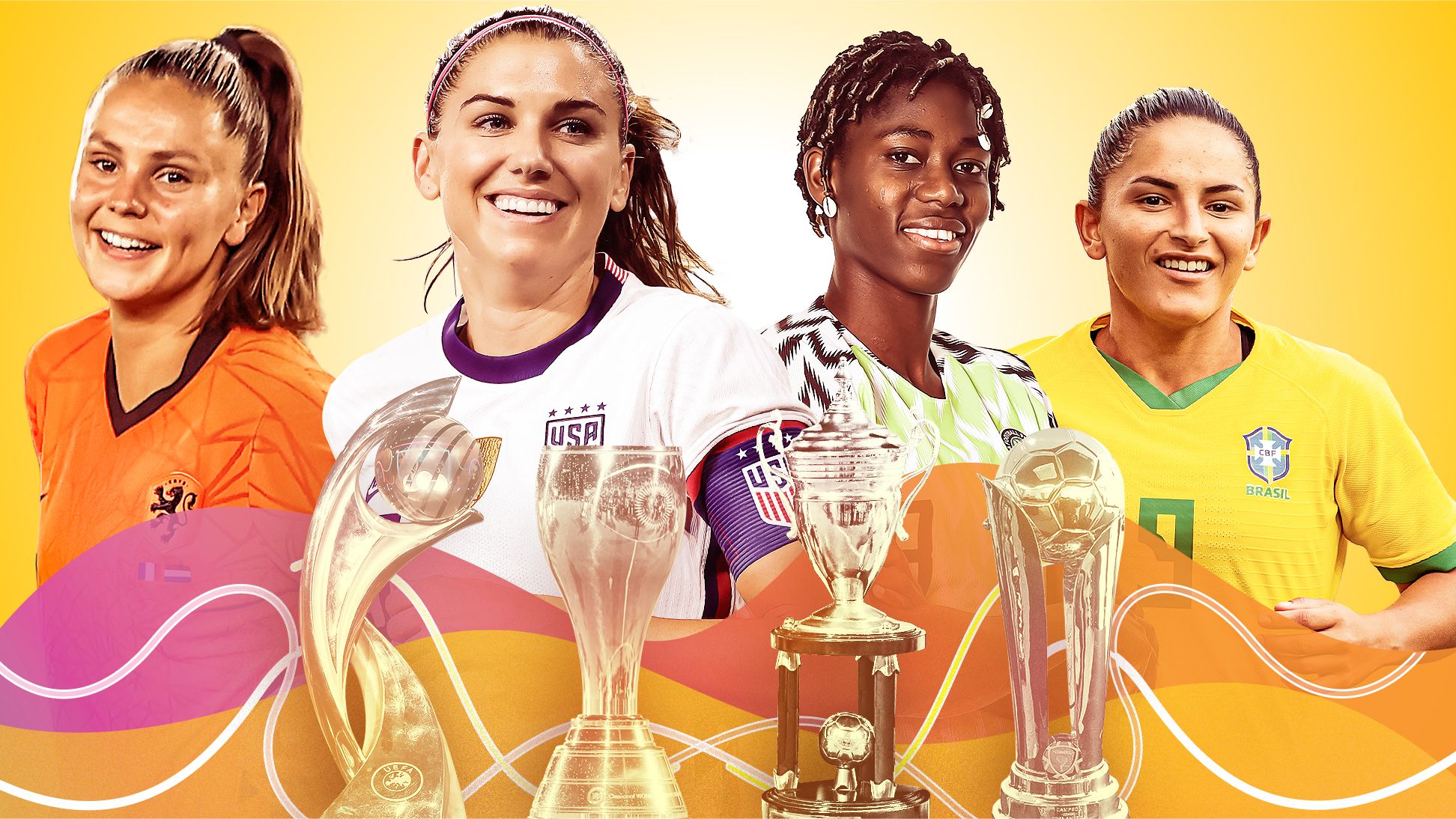 By this time next year, the Women’s World Cup will already be in full swing in Australia and New Zealand. Because they reached the final four stage of WAFCON, Banyana Banyana earned an automatic bid to the tournament, along with Morocco, Zambia, and Nigeria. For Morocco and Zambia, which took second and third place at WAFCON, respectively, this will be their first World Cup.

Ellis isn’t surprised they made it.

“If you look at Morocco, it’s not by chance that they got to the final. They brought in a coach who’s won the UEFA Champions League twice,” she said, referring to Reynald Pedros, who managed Lyon, the legendary women’s soccer powerhouse, from 2017 to 2019.

“You look at Zambia’s team, this group of players who went to the U-17 World Cup in 2014 and last year played at the Olympics. You get left behind if you don’t move with the direction women’s football is going because talent alone is not going to keep you abreast. You have to put in the investment.”