The staying power of Christian Wood: ‘Most guys would fold’

Painful memories ran through Christian Wood’s mind as he signed a three-year, $41 million contract at the Houston Rockets’ offices in November.

Cut by a team in China before even playing in a game.

Numerous stints in the G League.

Through it all, Wood believed in himself and was finally rewarded for it this offseason.

“The long-term contract meant a lot to me,” Wood, 25, told The Undefeated in a phone interview on Sunday. “It showed me how hard I worked and how far I came from going from a minimum and non-guaranteed contract to being waived a number of times that I couldn’t even tell you to signing three years, $41 million. It’s incredible.

“Not to be cocky, but I actually think I’m worth more than that.”

The 6-foot-10 center is averaging 23.6 points, 10.0 rebounds and 2.0 blocks per game on a Rockets roster that also includes stars James Harden and John Wall. A Most Improved Player of the Year candidate in the early going, Wood has been a bright spot for a Houston team that has been dealing with the fallout from Harden’s recent trade request.

First-year Rockets head coach Stephen Silas, who was an assistant coach on the Charlotte Hornets when Wood was there during the 2016-17 season, said he would give “C-Wood” an “A” so far.

“Getting some success under his belt and people getting a chance to see what he can do. And now that the [center] position has changed a little bit, it has helped him,” Silas said.

“In Charlotte, he was a young kid. But now he has matured and he is good. He’s really good.”

FROM UNDRAFTED TO JOURNEYMAN

Wood entered the 2015 NBA draft after his sophomore year at UNLV, in which he averaged 15.7 points, 10.0 rebounds and 2.7 blocks per game. ESPN.com projected him as a second-round pick, but Wood believed he could be selected late in the first round by the Los Angeles Lakers or Memphis Grizzlies.

On draft night, he gathered with family and friends for a draft party at a hotel suite in Las Vegas. But not only did the Lakers and Grizzlies pass on him, so did the other 28 teams. Wood described it as one of the “worst nights” of his life and later heard that his work ethic was questioned by NBA teams. Only 19 at the time, Wood began to question himself, too.

“That was a dark moment where I thought, ‘When am I going to have an NBA job? Am I going to be able to provide for my family?’ It was tough,” Wood said.

“But I got through it. My faith, my mentality after that was just, ‘Destroy everybody and show the world what you can be.’ ”

Wood would actually begin his professional career with the Rockets, playing on their summer league team in 2015. But Houston didn’t offer him a contract, so he inked a minimum deal with the Philadelphia 76ers. Wood would play sparingly in 17 games during the 2015-16 season and spend most of his time with the G League Delaware 87ers, averaging 17.3 points and 9.4 rebounds.

The following season, he signed with Charlotte, but it was more of the same. He played sparingly in 13 contests with the Hornets, even though he averaged 19.6 points and 10.1 rebounds playing for their G League team, the Greensboro Swarm. Silas saw Wood’s potential but added there was still a lot of growth needed at the time.

“I saw a very talented player do a bunch of different things,” Silas said. “But he was young and inconsistent.”

After playing for the Dallas Mavericks and Phoenix Suns’ summer league teams in 2017, Wood didn’t receive any NBA offers, so he signed with the Fujian Sturgeons of the Chinese Basketball Association. But about a month after Wood’s arrival, the Sturgeons added another former NBA player, Mike Harris, and ultimately waived Wood before the season began.

Wood viewed being cut in China as a wake-up call.

“That one was probably like the biggest testing point for me in my life,” Wood said. “Me thinking I have NBA talent and I can play in the NBA, and then [Fujian] cutting me. They’re saying that I’m not good enough. They don’t think that I’m ready to play in the CBA. It was kind of crazy to me and that’s when the light switched.

“I didn’t have any other options after that. I was cut from a team before that, and then I was cut from China. So now, I’m out here looking for an NBA job. So, I have to do everything in my power to try and get on the team, which means being a G Leaguer.”

Wood averaged 23.3 points and 10.4 rebounds in the G League with the 87ers during the 2017-18 season, but never played a game for the Sixers. During the 2018-19 season with the Milwaukee Bucks, he dominated with the G League Wisconsin Herd, averaging 29.3 points and 14.1 rebounds. But Wood would play in only 13 games for the Bucks and was eventually waived, leaving him to wonder to this day what might have been if he’d teamed up with two-time MVP Giannis Antetokounmpo.

“I was just wondering why I couldn’t get on the floor and what I had to do to try to get on the floor to play with this team. I understand that, at the time, (the Bucks) were the No. 1 team in the league. But I was putting up such great numbers,” Wood said.

The New Orleans Pelicans claimed Wood’s rights on March 20, 2019, and it was there that Wood said then-Pelicans head coach Alvin Gentry helped change the trajectory of his career by giving him an opportunity to play. Wood would make the most of his time in New Orleans by averaging 16.9 points and 7.9 rebounds in eight games. Then-new Pelicans general manager David Griffin would waive Wood on July 15, 2019, to sign free-agent guard JJ Redick, but despite being cut for the fourth time, Wood was confident he was on the cusp of a breakthrough.

“Most guys would fold or say this isn’t for me after maybe the second or third time being waived by a team,” Wood said. “And maybe even quitting after maybe being cut from an overseas team. But after that, what’s really next? I would just say, ‘Just have that resilience and never give up with you. You made it this far. You bet on yourself. Just keep betting on yourself.’ ”

Former Detroit Pistons assistant general manager Malik Rose saw Wood’s talent but said there were a lot of little things that continued to hurt Wood’s reputation off the court following the 2018-19 season. Rose named immaturity, punctuality and focus issues as the main things.

“You hear all the stuff,” Rose, now a vice president of basketball operations with the NBA, told The Undefeated. “It was never anything malicious. Knucklehead stuff. Late to practice. Late to a bus. Can’t focus on a play. Missing a workout session. I tend to give younger players, especially millennials, more rope with that. I think back to when I was 21, 22, I didn’t make the best decisions either.”

Rose and the Pistons claimed Wood off waivers on July 17, 2019. They were the only NBA team that made a waiver claim on Wood, a source said. Wood ended up beating out veteran guard Joe Johnson, who was dealing with injury issues, for the final spot on the Pistons’ 2019-20 roster.

Pistons head coach Dwane Casey quickly fell in love with Wood’s game on both ends of the floor and pushed for him to make the team. Part of Wood’s growth came from Casey’s tough love when he made mistakes or had lapses in games and practices.

“I know he’s talented. I’m trying to teach him to be a great player,” Casey told reporters in Detroit last season. “I went to the wall to make sure he was here. It’s about doing the right thing. Carrying himself the right way. If he had, he wouldn’t probably have been with five different teams, because he’s a very talented young man. It’s going to pay off for him.”

“He’s always trusted me. I was always playing behind Andre Drummond and Blake Griffin at the time. But [Casey] would say, ‘This kid is talented. We just got to give him an opportunity in the system and get him right.’ And that’s what he did,” Wood said.

Wood’s strong play made him an intriguing free agent this past offseason. The Pistons were interested in re-signing Wood, but an NBA source said the Rockets made a more lucrative offer. So, on Nov. 20, Wood agreed to a sign-and-trade deal with the Rockets. 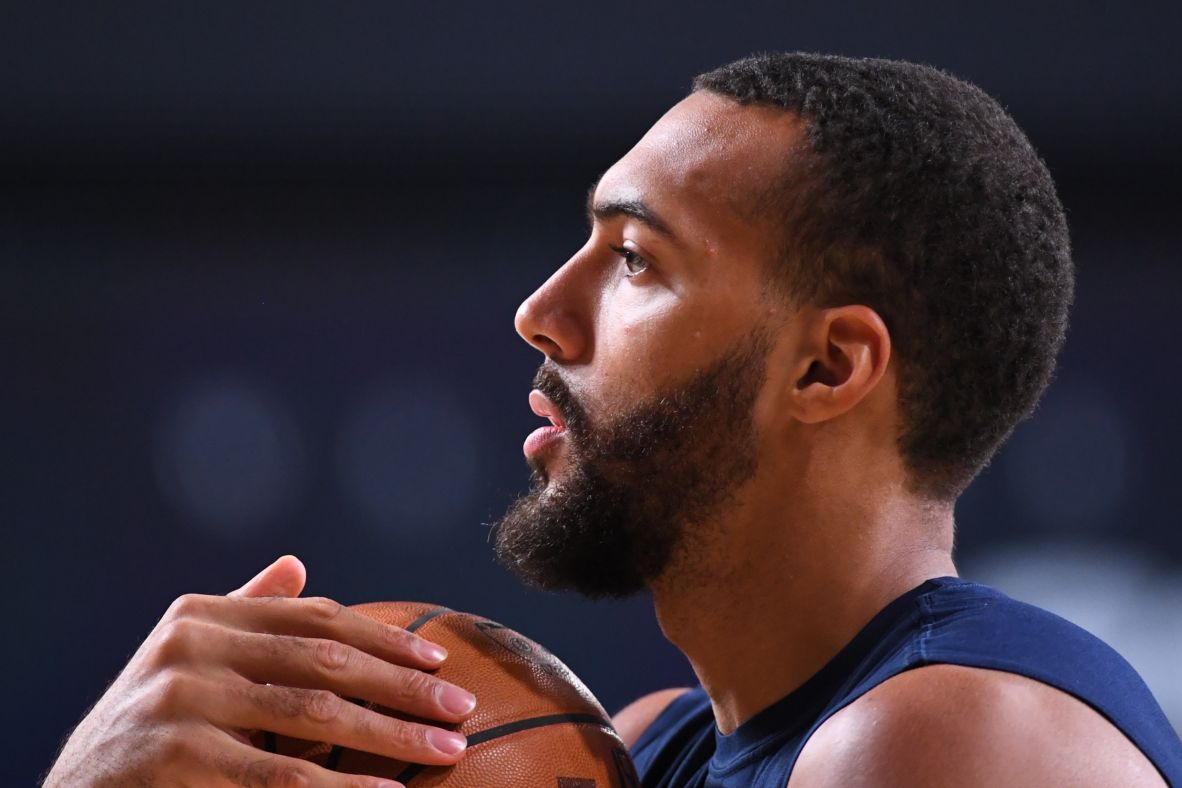 Rudy Gobert on big payday: ‘I could have never imagined this’ Read now

The deal would net him $13 million in his first season after making a combined $4.3 million during his previous NBA stops. It would reunite him with Silas. And it has given him a chance to play with two All-Star guards.

“I like playing with James and John,” Wood said. “We have a great relationship. James is one of the best pick-and-roll guards in the league. And think I’m one of the better pick-and-roll bigs in the league. You put us two together, it’s a tough duo to stop, especially in the late-game situations. And then having John back, and if he can keep up this play that he’s playing at right now, then we are a hard team to beat in the West.”

It took a while, but Wood finally has security in the NBA. Don’t expect him to be satisfied, though. He now has the pressure to be an NBA standout rather than just hold on to a roster spot.

Wood has individual goals of becoming an All-Star this season, winning the 2020 NBA Most Improved Player award, and earning another contract when he is a free agent again at just 27 years old. More than anything, he still has a chip on his shoulder.

“I’m humbled from my beginnings,” Wood said. “This is a fresh start. And I’m really appreciative.”