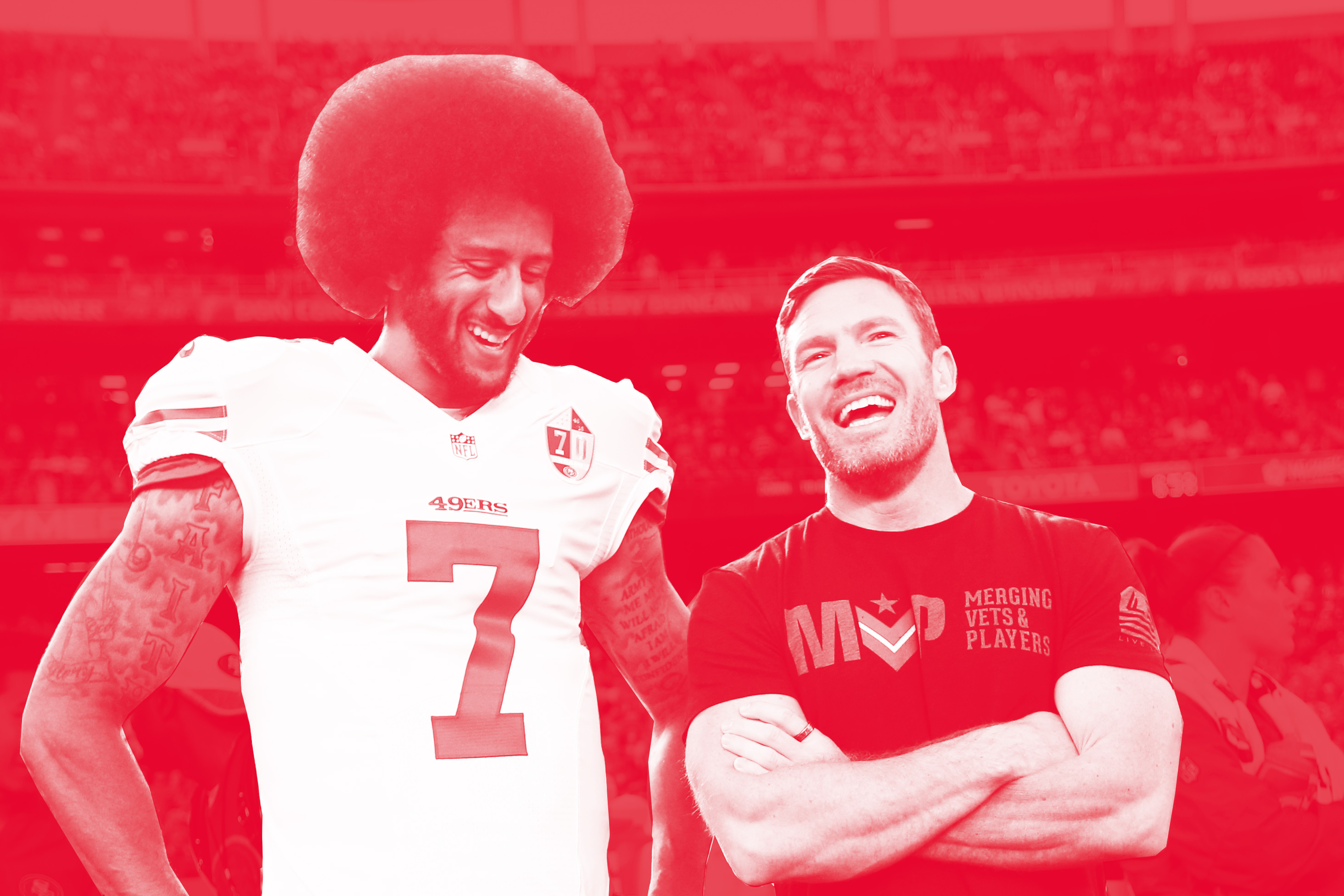 The San Antonio Spurs, waiting until Tony Parker vacated the premises, hired former NBA forward Brent Barry as vice president of basketball operations. Ohio State football coach Urban Meyer, who knew his former assistant coach Zach Smith had committed an act of domestic violence in 2009 and 2015 and patronized a strip club during a recruiting trip in 2014, said had he known Smith assaulted Smith’s wife, “I would have fired him.” University of Wisconsin chancellor Rebecca Blank said the school would have to consider discontinuing sports or pulling out of the NCAA entirely if players were compensated, but the NCAA may consider discontinuing the school after the Badgers football team lost to BYU over the weekend. Former NFL long snapper and Green Beret Nate Boyer, who wants his cake and to eat it too more than a diabetic, continues to market himself as the man who influenced Colin Kaepernick’s change of demonstration during the national anthem while adding the caveat “I didn’t tell him to do anything. I definitely didn’t tell him to protest. What I did was meet with him, make suggestions on different ways to do it after he was already protesting.” The New England Patriots, securing an invite to the cookout, traded for former Cleveland Browns receiver Josh Gordon. 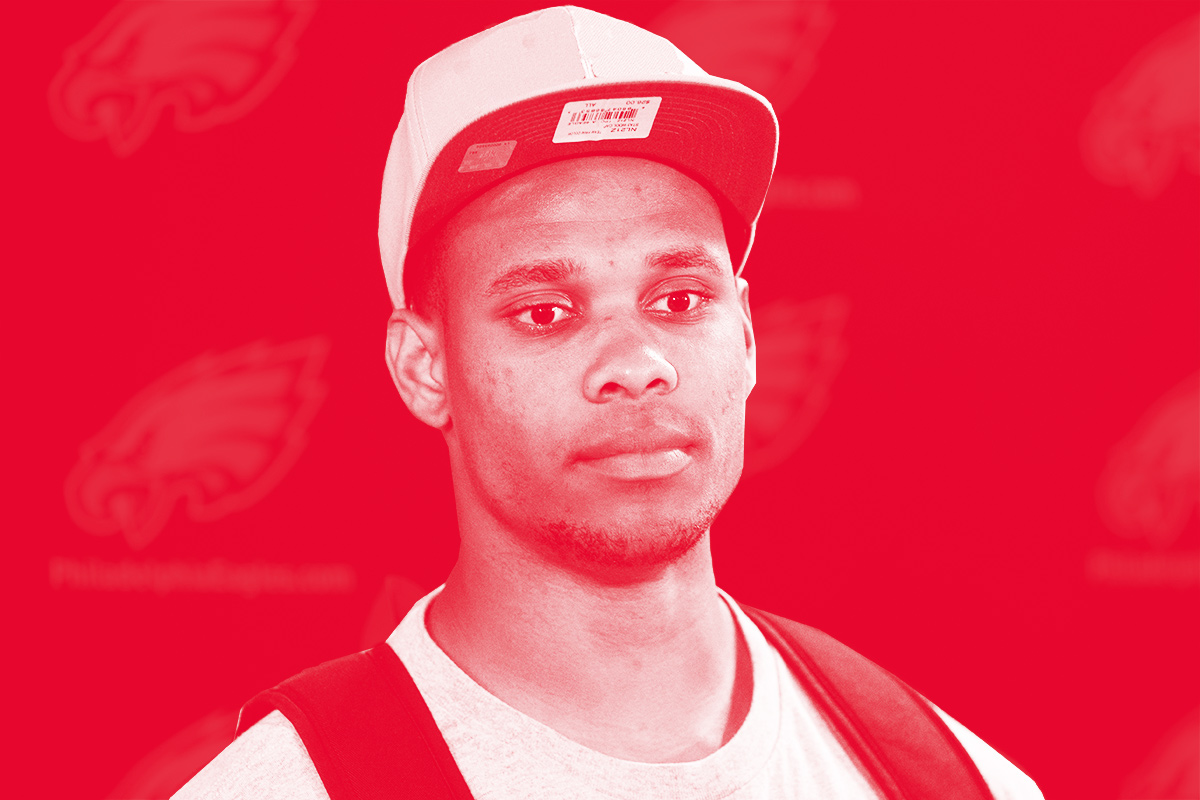 The North Smithfield Town Council in Rhode Island, a state that uses the N-word on Google search “much more than average,” voted in favor of a proposal to ask the town’s school department to not purchase any items from Nike after its Colin Kaepernick ad because it “perpetuates the falsehood that police are racist and determined to use unnecessary force against African Americans and persons of color.” The Washington Nationals signed a two-year partnership with the Fresno Grizzlies to serve as their Triple-A affiliate, indicating that not even a minor league team in the same time zone — or that offers direct flights to Washington, D.C. — wants to have anything to do with the Nationals. Tampa Bay Buccaneers quarterback Ryan Fitzpatrick’s Harvard degree couldn’t outsmart Miami Dolphins defensive back Minkah Fitzpatrick, who spent three years in the state of Alabama, in trademarking the nickname “FitzMagic.” Charlotte Hornets owner Michael Jordan, whose every goodwill gesture will be met with “Republicans buy sneakers too,” donated $2 million to assist residents of the Carolinas after Hurricane Florence. 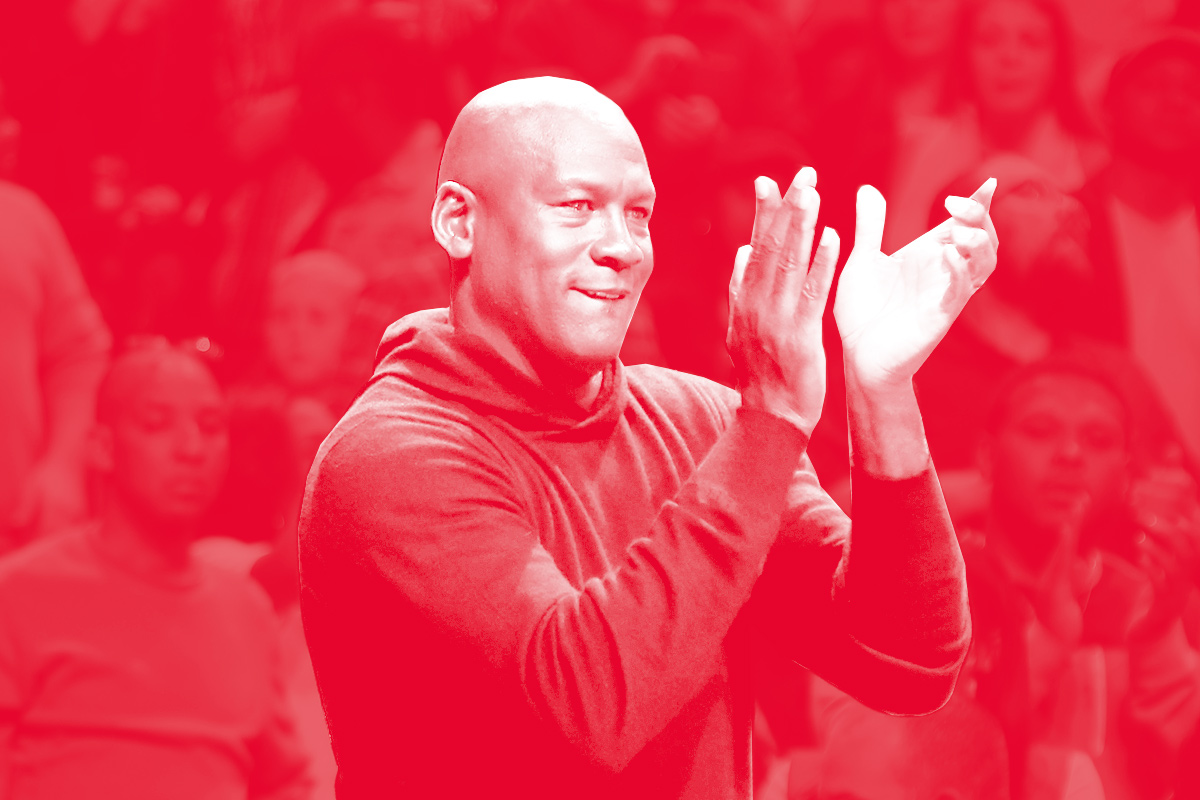 Patriots quarterback Tom Brady, treating his head coach like the mother of his first child, has “had enough of” coach Bill Belichick and wanted to “divorce” him after the 2017 season because of how Belichick treated the 18-year quarterback. Former Buffalo Bills receiver Jordan Matthews, presenting the new city tourism slogan for Buffalo, New York, said he became a father during his time in upstate because “There wasn’t anything to do there but each other.” Los Angeles Lakers forward LeBron James is set to star in a Space Jam sequel, threatening the IMDb profile of former Laker Kobe Bryant, who starred in the critically acclaimed Moesha and Daddy’s Home. Upsetting the hundreds of people who actually thought the NFL would choose the Migos, Gucci Mane or Young Thug, Variety reported that the league plans to announce that pop rock band Maroon 5 will perform during halftime of the 2019 Super Bowl in Atlanta. Minnesota Timberwolves forward Jimmy Butler, who, based on his preferred destinations, plans to take a family vacation in late May, is requesting a trade to the Brooklyn Nets, Los Angeles Clippers or New York Knicks. 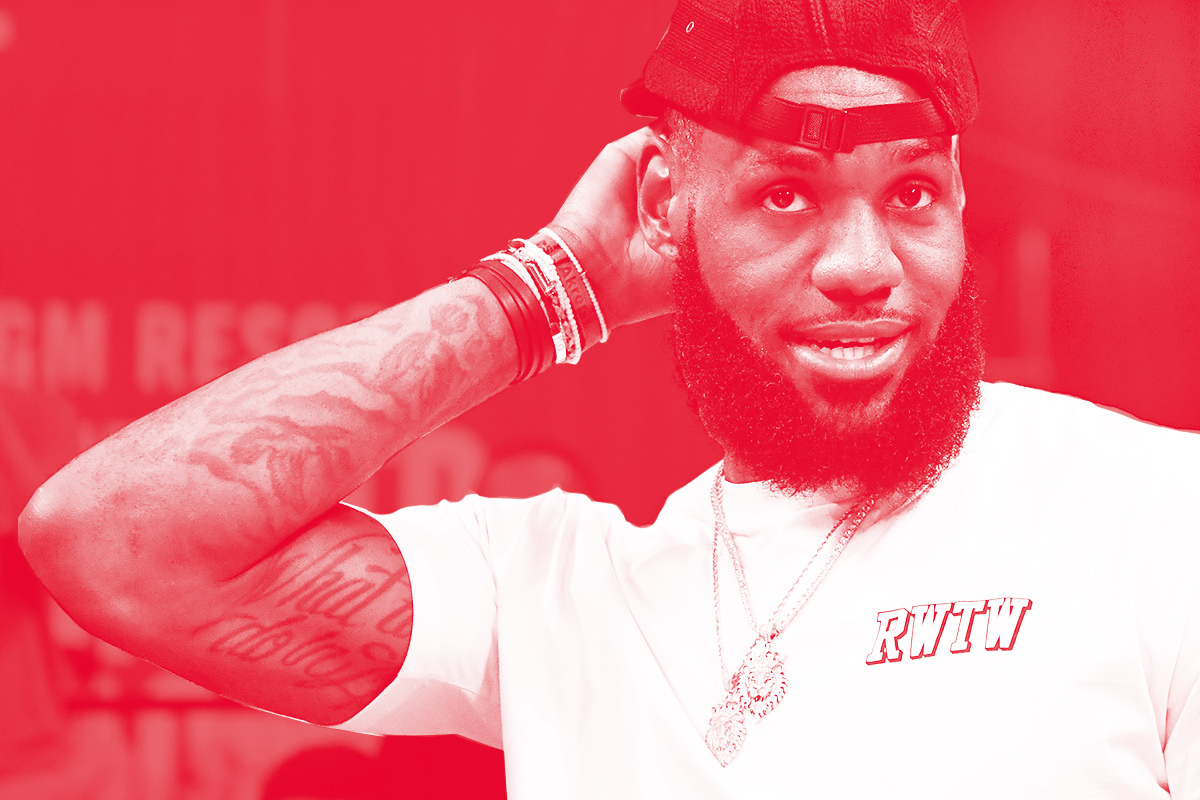 LeBron James, essentially calling the commander in chief “Twitter fingers,” responded to President Donald Trump insinuating he was dumb by saying Trump “has the most powerful job in the world. Like, you really got this much time that you can comment on me?” NBC reporter Peter King said the Patriots, who were accused of recording an opponent’s defensive signals, gifted a Super Bowl ring to Trump and once employed an alleged serial murderer, are a “proud franchise” that “should not be in business with Josh Gordon. He is not worthy of this franchise.” Pittsburgh Steelers receiver Antonio Brown, who did not go to work on Monday, said, “Everyone in this locker room knows what I stand for, what I’m about. … I go to work every day.” The personal attorney for Kaepernick, Mark Geragos, who said on Oct. 31, 2017, that “within the next 10 days somebody will sign [Kaepernick],” said nearly a year later that “next week there may be some news” in regard to Kaepernick finally signing with a team. Pittsburgh Steelers receiver JuJu Smith-Schuster, hoping to find the happy medium between Felicia Jones and Kris Jenner, hired his mother, Sammy Schuster, as his new manager.