Roger Goodell knows NFL is failing at hiring Black coaches, but what will he do about it?

‘What we have to do … is step back and say, ‘We’re not doing a good enough job here.’ We need to find better solutions and better outcomes.’

INGLEWOOD, Calif. — On the matter of inclusive hiring in the NFL, commissioner Roger Goodell walks the talk within the shop he runs.

The workforce in the league’s New York City headquarters looks like America, and there are Black people under Goodell who have their hands on levers of power. Leading by example, he hires and empowers qualified people from various racial and ethnic backgrounds and encourages them to increase diversity throughout their departments. The makeup of Goodell’s extended staff proves it.

Of the 17 highest-ranking officials in NFL Football Operations, nine are Black. Eight of the nine have vice president-level titles or higher, and the group is led by a Black man: Troy Vincent, executive vice president of football operations.

But outside of 345 Park Ave., the league’s coaching and front-office workforce remains quite white.

And although he didn’t specifically address Flores’ claims (the NFL contends they are without merit) while discussing the state of the game, Goodell again acknowledged the obvious: Professional sports’ most successful and powerful league is failing many of its Black employees, and change is necessary.

“We just have to do a better job. We have to look [at it as] is there another thing that we can do to make sure we’re attracting that best talent here and making our league inclusive?” Goodell said on the campus of SoFi Stadium, where the Cincinnati Bengals and Los Angeles Rams will play Sunday in Super Bowl LVI.

“If I had the answer right now, I would give it to you. What we have to do … is step back and say, ‘We’re not doing a good enough job here.’ We need to find better solutions and better outcomes.” 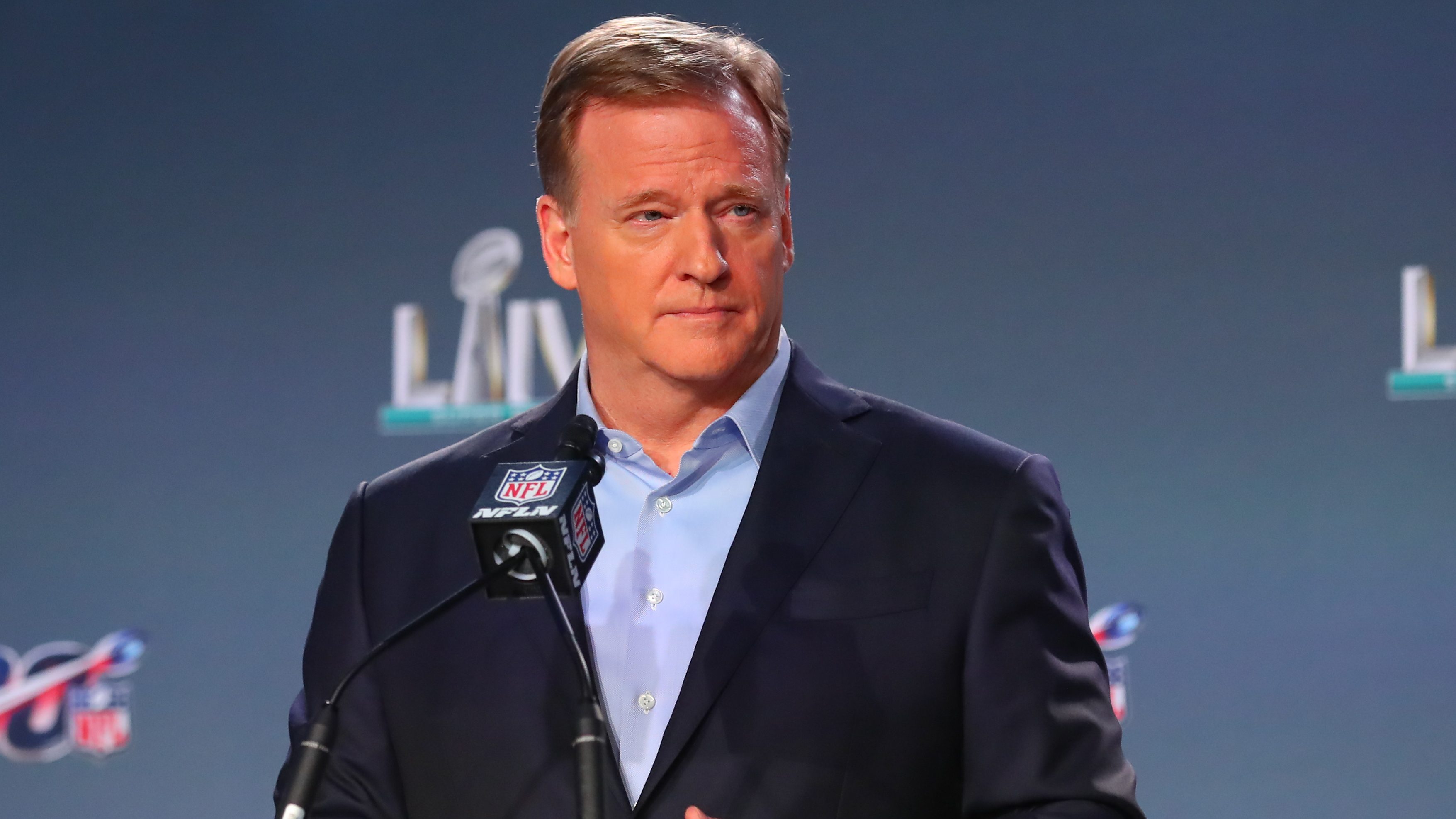 Goodell fielded a volley of questions from reporters about the potential short- and long-term damage on the league’s reputation stemming from Flores’ lawsuit, the league’s seemingly conflicting stance on Flores’ allegations, and what the NFL must do to address its abysmal record of promoting Black coaches and Black officials in football and business operations to top positions.

Goodell continued along the path he began to lay Saturday, when he sent a memo to all 32 clubs saying that the league understands the concerns expressed by Flores and others. The league will initiate a comprehensive review of its entire approach to diversity, equity and inclusion.

“What we’re going to do is step back and look at everything we’re doing today,” Goodell said. “Reevaluate that, everything from looking at the Rooney Rule and seeing what changes should be made to that if any, or should it be removed, as some people have suggested. … All of those things are part of that.”

As he has done in news conferences before other Super Bowls, Goodell expressed concern that in the overwhelmingly Black league — in 2020, players who are Black or African American accounted for 57.5% of players on NFL rosters, and the number has been as high as 69.7% — many Black NFL employees continue to be frustrated about their lack of advancement from the front office to the field, and rightfully so.

The NFL should be embarrassed. The recent numbers need no explaining.

Pittsburgh Steelers head coach Mike Tomlin stood alone as the NFL’s only Black head coach until Sunday, when the Dolphins hired former San Francisco 49ers offensive coordinator Mike McDaniel, who is multiracial, to replace Flores. On Monday, the Houston Texans promoted Lovie Smith, who is Black and served as the team’s associate head coach and defensive coordinator this past season, to replace David Culley, who was fired after only one season.

The league has never had more than eight Black head coaches in any season.

On Jan. 10, the Dolphins fired Flores after he became the team’s first head coach to have consecutive winning seasons since 2002 and 2003. Ron Rivera of the Washington Commanders and Robert Saleh of the New York Jets are the league’s other minority head coaches.

White coaches were chosen for the first six of nine openings for head coaches that will be filled this cycle (only the Minnesota Vikings are yet to officially pick a new on-field leader). The news of the McDaniel and Smith moves occurred after Flores’ lawsuit was filed, and the league announced plans to review its approach to inclusive hiring.

“Let’s take Coach Flores’ litigation and put that to the side. That will go through the legal process,” Goodell said. “What’s really more important is to talk about what Coach Flores was talking about and other coaches have talked about with respect to what really is happening in the hiring process. What’s good, what’s bad, what’s not leading up to the results we expect to have. …

“We’ve made a tremendous amount of progress in a lot of areas, but not at the head coach [level]. That is something that we really have focused on to try to get the kind of results that we would expect. And we fell short of that by a long shot for us.”

Over the previous four cycles, there have been 27 openings. During that span, three Black men became head coaches.

In less than 24 hours at the outset of Super Bowl week, two were tabbed to lead teams. Just like that.

“I don’t think you take anything off the table until you have people look at that, help us independently say is there something flawed with our process,” Goodell said. “And if there is, what can we do to resolve that and fix that.

“If I knew something was flawed with our process in any area, we would be addressing it.”

Masterfully, Goodell steered clear of being pinned down on how the NFL could quickly announce that Flores’ lawsuit is without merit and announce just four days later it’s time to commission a comprehensive — and long overdue — evaluation of the league’s approach to improving representation in its workforce.

“The initial reaction was regarding the legal claims themselves, and not really what we would say the experiences of what Coach Flores was going through,” Goodell said when asked about the NFL’s initial statement on Flores’ lawsuit. “That’s what I’m more interested in. I put the legal claims and the legal process to the side, and that will be handled by lawyers. To me, it’s sort of more important to listen to Coach, [and] understand what he and other coaches are going through.”

To put it kindly, the NFL appears to have conflicting positions on the Flores matter.

It’s important to note, however, that the league can argue that the specific complaints alleged in Flores’ lawsuit are without merit while expressing concern about his overall critique of the league’s hiring when it comes to race. No matter how illogical it may appear to some, the league can maintain both positions.

Although Goodell and other league officials acknowledge there’s plenty of heavy lifting to do in hiring on the coaching front, they point to gains made in the front office as an encouraging development. 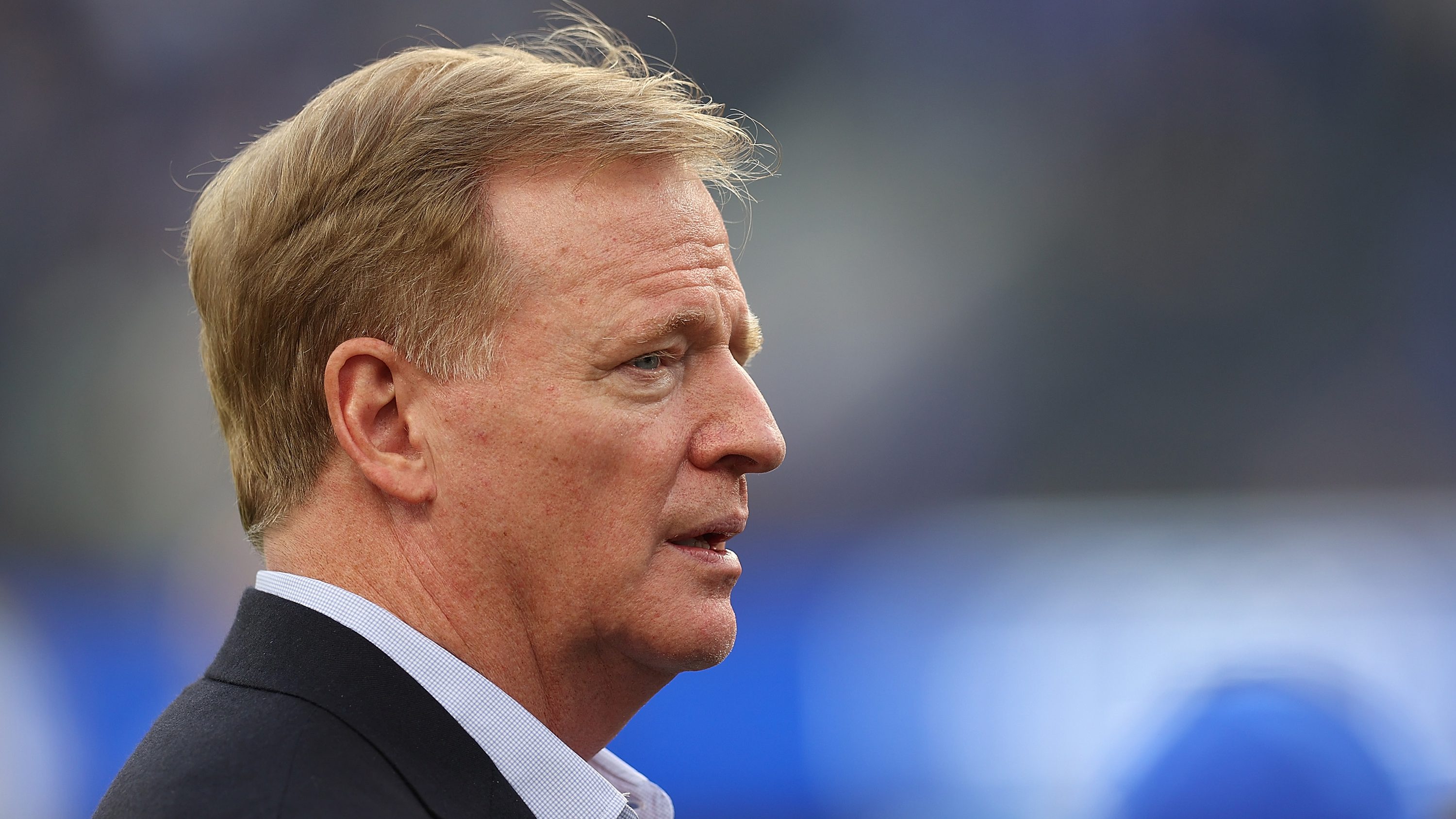 Baltimore Ravens team president Sashi Brown became the second Black team president in NFL history last week. Brown, who formerly served as chief planning and operations officer for the NBA’s Washington Wizards and had a stint as the Browns’ general manager, joins the Commanders’ Jason Wright, who became the first Black man in NFL history to ascend to the position in August 2020.

That’s all noteworthy. The problem is, there’s still too much going wrong overall for league officials to take a victory lap regarding a component or two of hiring. That’s just not how this works.

“There is no finish line for diversity and inclusion,” Goodell said. “That’s something that constantly we have to keep at the forefront of everything we do. It makes us better. It makes us bring the best talent into the league.”

Proponents of inclusive hiring who have sat across the negotiating table from Goodell insist he’s an ally in the struggle. And on this, Goodell has proven his bona fides.

But Goodell clearly isn’t on the same page with the people to whom he reports, and Flores’ lawsuit again put him on the spot because of them.