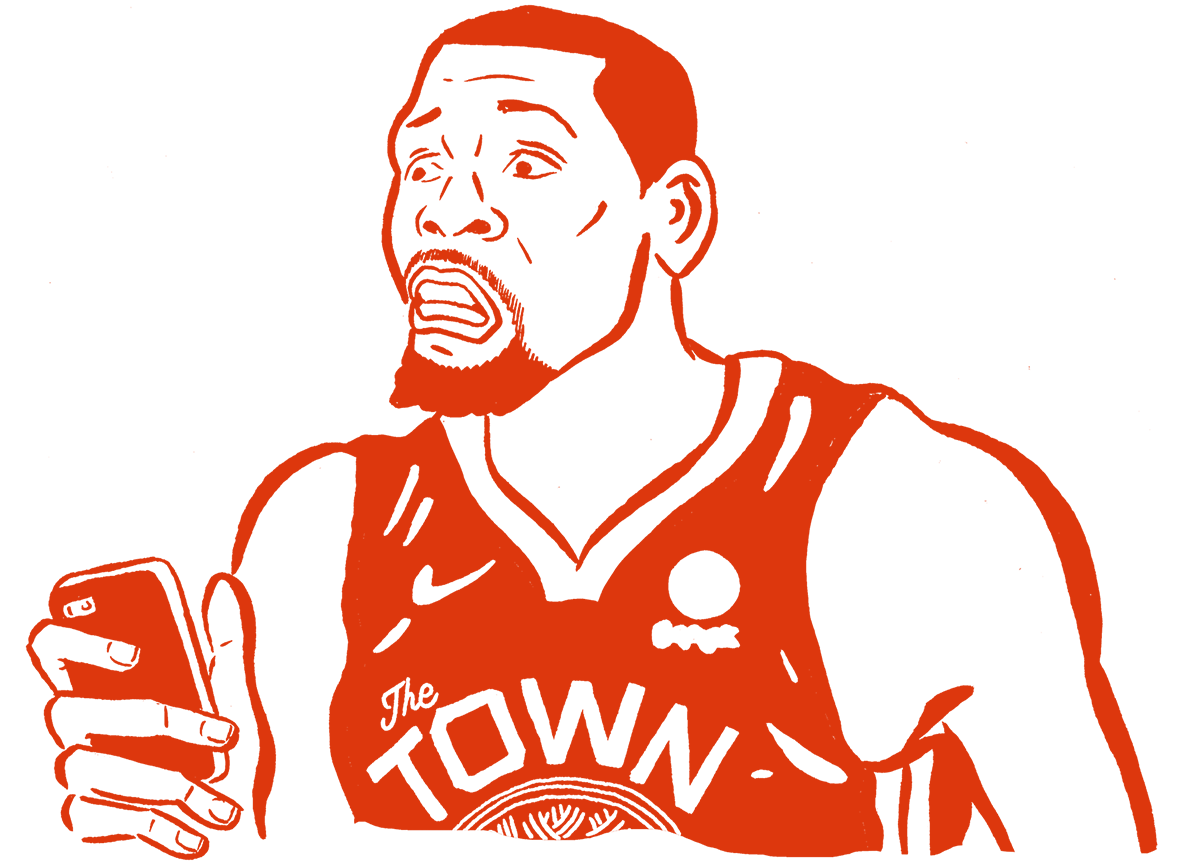 Golden State Warriors forward Kevin Durant, about as proficient at social media as Shad Moss, said it was a “total accident” when he liked an Instagram comment that said former teammate Russell Westbrook was the “problem” when Durant was still with the Oklahoma City Thunder. A Pennsylvania golf club, telling Waffle House and Starbucks to hold its beer, called the police on a group of black women playing at the course after the co-owner of the club and his father accused the women of playing too slowly. Philadelphia Eagles owner Jeffrey Lurie, likely the next victim of an all-Caps Locked tweet, called President Donald Trump’s presidency “disastrous” while using what The New York Times referred to as a “vulgarity to emphasize ‘disastrous.’ ” Former Indianapolis Colts edge rusher Dwight Freeney — who made almost $100 million in his career, mind you — said at his retirement ceremony that he played 16 years in the league “because of the love of the game.” A Bay Area sports anchor, who did not have the police called on him, was pulled off the air by his employer during the first round of the NBA playoffs after being filmed by a Golden State Warriors coach stealing the jacket of the team’s head of security. Christian hip-hop artist Lecrae, doing the Lord’s work (?), may be the reason why former Tennessee Titans first-round quarterback Jake Locker retired in 2015 at the age of 26. 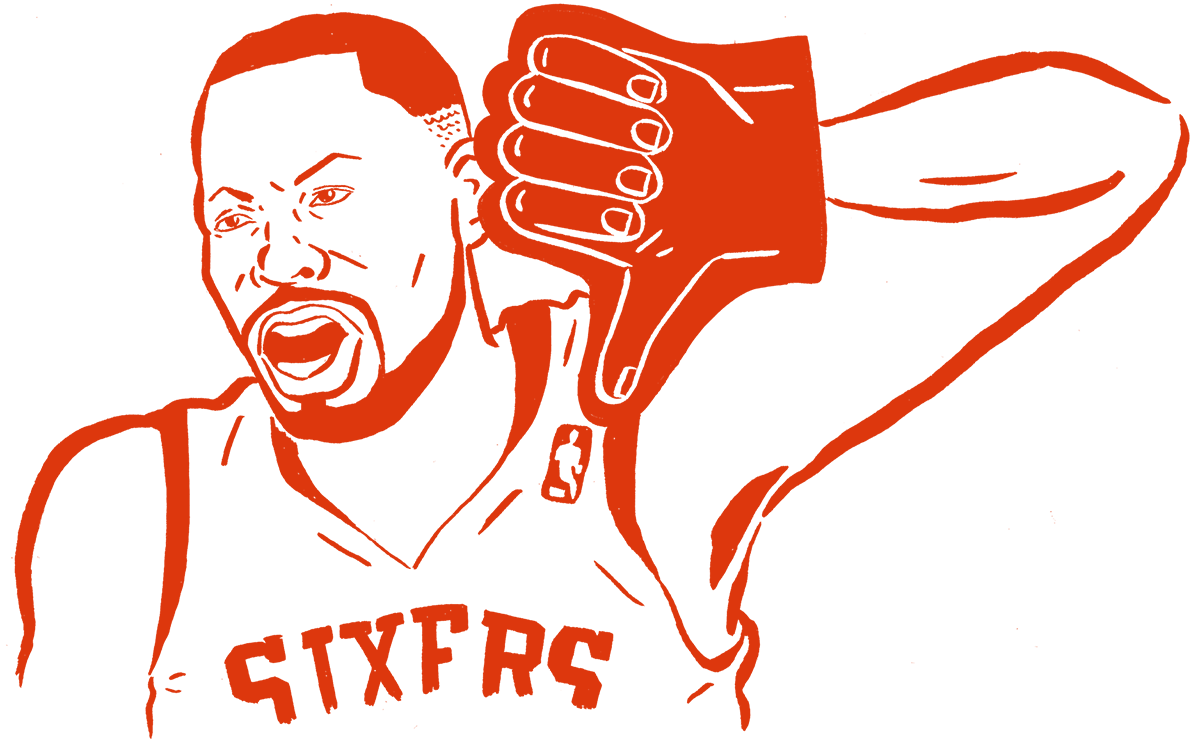 A huge poster made in 2015 by then-Philadelphia 76ers forward Elton Brand that read “Congratulations on Tying the Record for Worst Team in NBA History” indirectly led to the team winning its first playoff series in six years. In “this is a thing” news, Atlanta Falcons receiver Julio Jones deleted any and all references to the team from his Instagram account to either express displeasure with his current contract or “set an example” for football players at his alma mater, Alabama. Nebraska athletic director Bill Moos said the school’s football team, which has won a combined 19 games over the past three seasons, has the head coaches at Big Ten powerhouses Michigan and Ohio State “running a little bit scared right now.” In a proposal that the NFL will still somehow bungle and turn into a public relations nightmare for at least two years, the lawyer for two NFL cheerleaders who recently filed a discrimination complaint against the league has proposed to settle the claim for $1 each if the league meets with the women for four hours. Eagles center and future WWE manager Jason Kelce said during the team’s Super Bowl parade in February that a fan who really hated their grandfather poured said grandfather’s ashes on the hands of one of Kelce’s teammates. 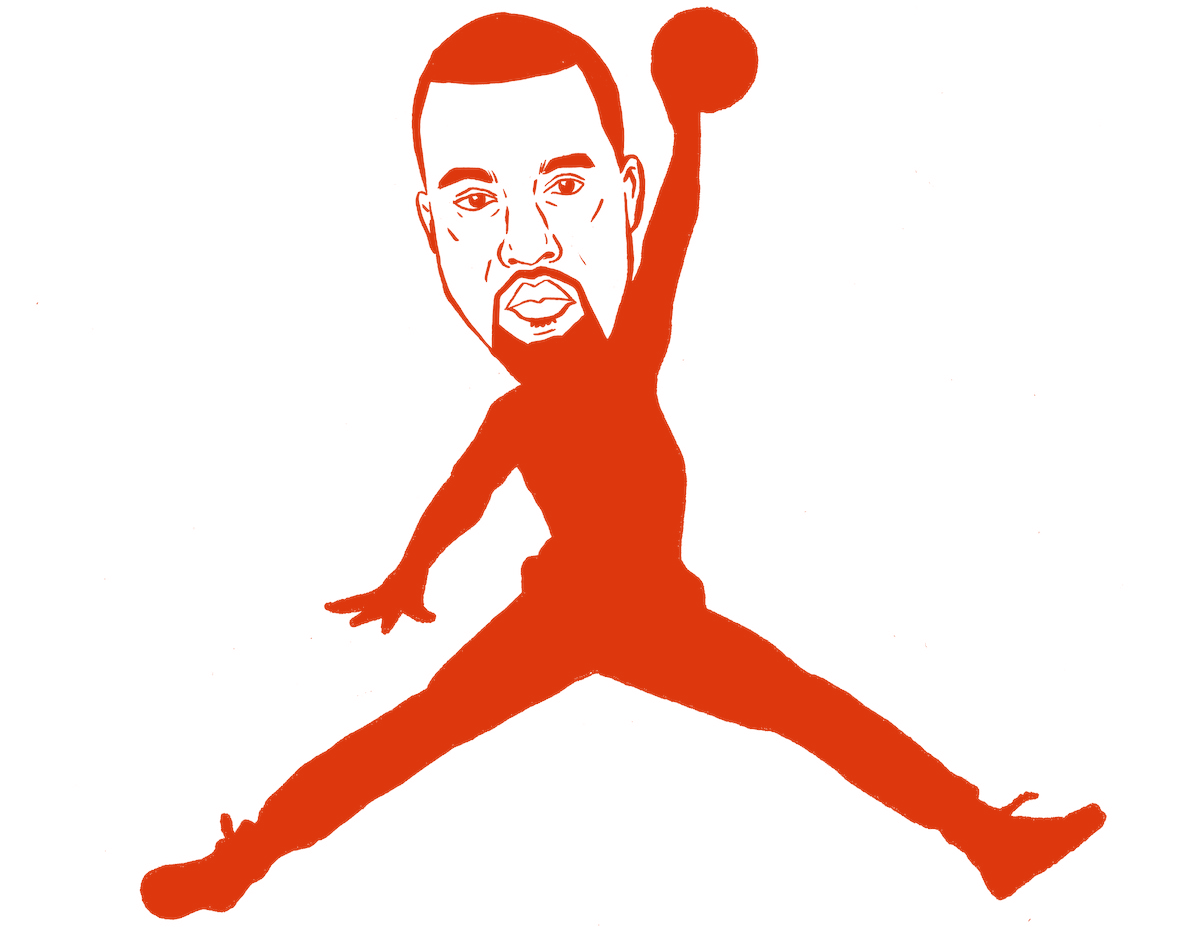 Hip-hop artist Kanye West — who has said he would run for president in 2020 and create a Jetsons movie, and that his Yeezy brand shoes “just jumped over Jumpman” — said on Twitter that “I make more money on shoes than Michael Jordan.” Houston Texans owner Bob McNair, who already apologized for once referring to protesting NFL players as “inmates running the prison” and then reneged on that apology months later, urged in an October 2017 players-owners meeting that players “need to ask your compadres, fellas, stop” kneeling for the national anthem. LaVar Ball, to the absolute shock of no one, pulled sons LiAngelo and LaMelo from their Lithuanian basketball team with two games left in the season because, according to LaVar, “Coach ruined everything, and he’ll have to pay the price that Melo is not coming back.” Top NFL draft prospect Josh Allen, learning nothing from NCAA men’s tournament hero Donte DiVincenzo, had to apologize for tweets he sent out in high school where he answered, “If it ain’t white, it ain’t right” to a question and used homophobic and non-Hard R racial slurs. Former WWE performer Val Venis, whose character was that of an adult film star who at one point is castrated by a group of Japanese men, had the police called on him at a Phoenix post office for attempting to perform a “First Amendment Audit.” 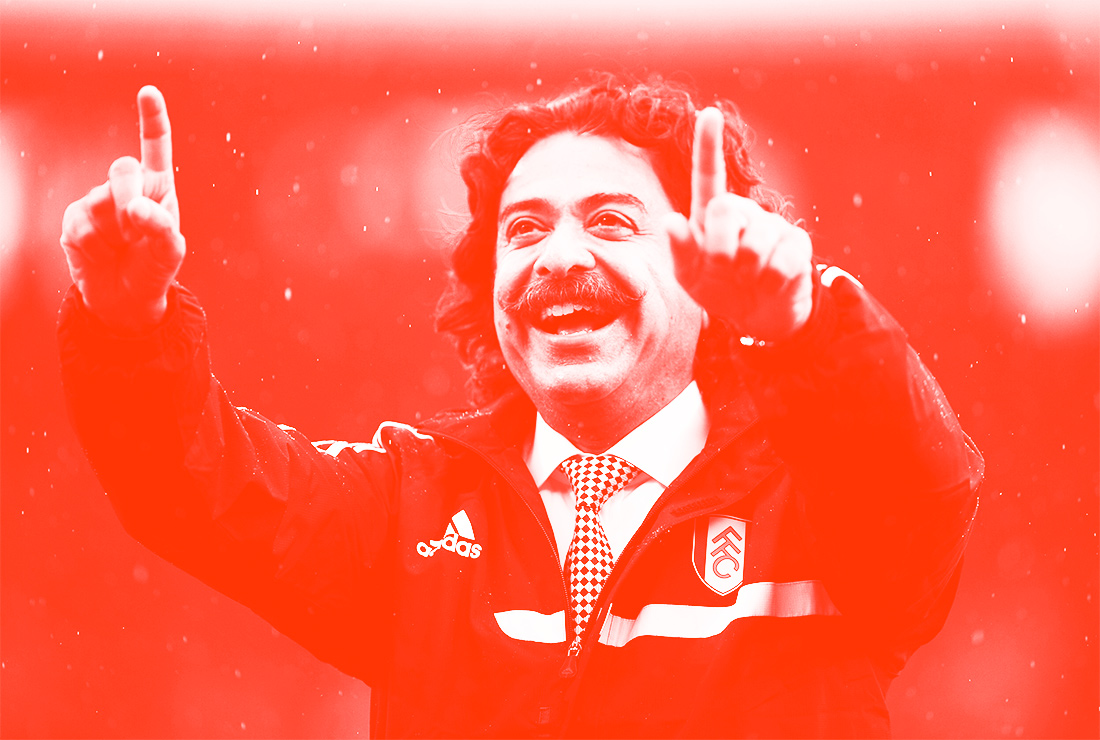 New Orleans Pelicans forward and Medieval Andrew Luck Nikola Mirotić signed a deal with Gillette razors, joining the company of the brand’s other untarnished pitchmen such as Tiger Woods and Derek Jeter. In what will surely not receive Hard R resistance from members of the Boston Red Sox fan base, Boston officials approved changing the name of Yawkey Way, the street outside of the team’s stadium that was named after former owner Tom Yawkey, to Jersey Street after a reconsideration of Yawkey, who resisted signing black players in the 1940s and 1950s. A New Jersey gym, not letting the Pennsylvania golf course have all the fun, twice called the police on and kicked two men, one of whom was a member, out of its facility after accusing the men of not properly checking in. Jacksonville Jaguars owner Shad Khan, possibly setting up a move from one rainy swamp to another, put in an offer to buy Wembley Stadium in London, likely setting up more Jaguars “home” games across the pond. Proving once again that “art is in the eye of the beholder,” basketball card collectors have offered an Oregon man upward of $89,000 for a limited-edition Ben Simmons rookie card.