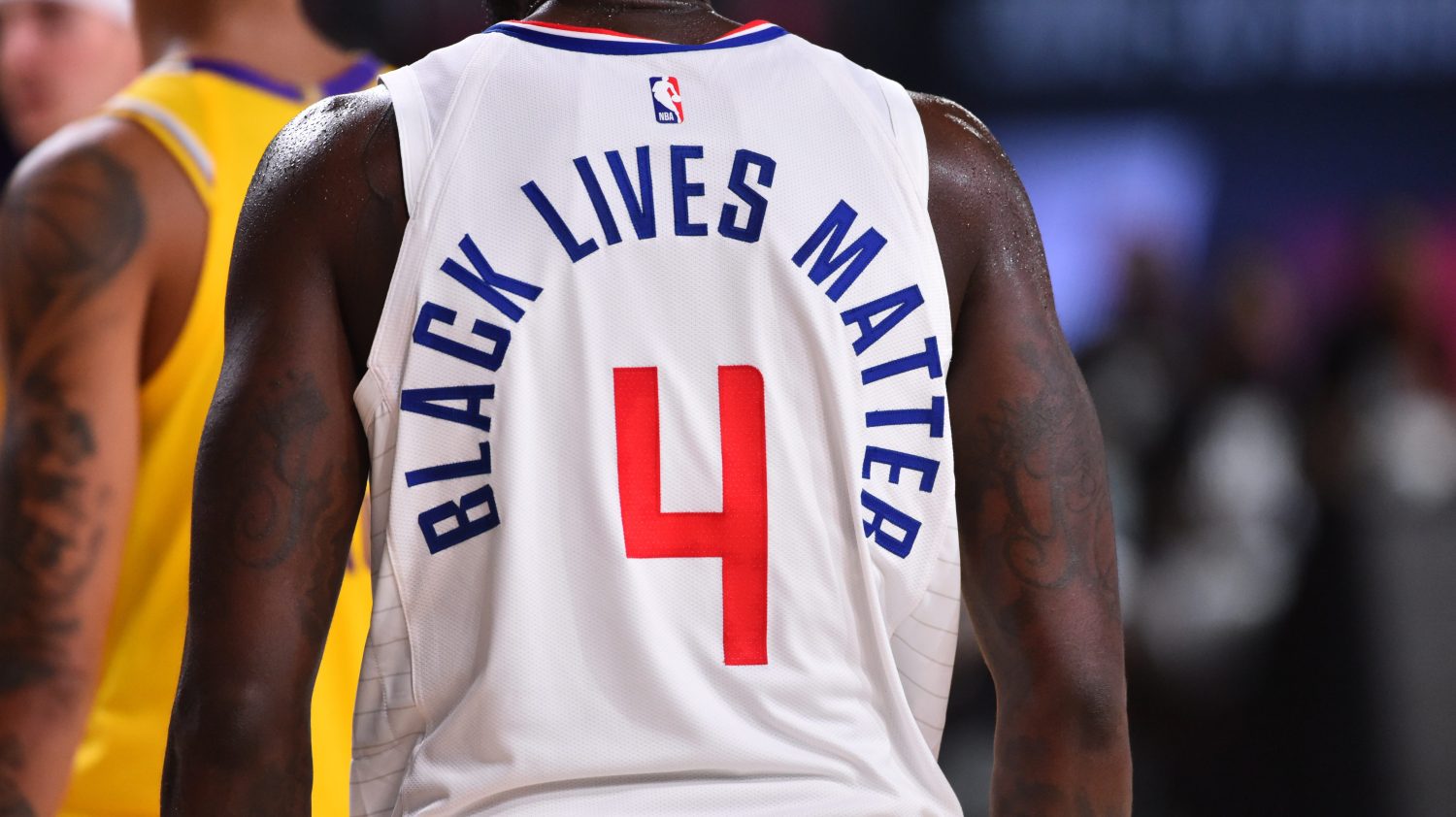 A view of the jersey of JaMychal Green #4 of the LA Clippers during a game against the Los Angeles Lakers on July 30, 2020 at The Arena at ESPN Wide World Of Sports Complex in Orlando, Florida. Jesse D. Garrabrant/NBAE via Getty Images
NBA

Social justice messages each NBA player is wearing on his jersey

Here’s a team-by-team list, including the reasons for some of their choices

NBA players are taking the court again, with many choosing to wear social justice messages on their jerseys for at least the first four days of the season.

The messages agreed upon by the National Basketball Players Association and the NBA are: Black Lives Matter, Say Their Names, Vote, I Can’t Breathe, Justice, Peace, Equality, Freedom, Enough, Power to the People, Justice Now, Say Her Name, Sí Se Puede (Yes We Can), Liberation, See Us, Hear Us, Respect Us, Love Us, Listen, Listen to Us, Stand Up, Ally, Anti-Racist, I Am A Man, Speak Up, How Many More, Group Economics, Education Reform and Mentor.

Of 350 players listed on rosters for the NBA’s restart, 300 players will wear social justice messages on the back of their jerseys, while 50 players decided to stick with their last names.

Here’s a team-by-team look at what each player is wearing and the reasons for some of their choices: