The game before the game … Westbrook wills OKC past Warriors, Lopez leads L.A. to road win

Before the NFL takes over on Turkey Day, we get a spicy matchup, as Oklahoma City welcomes back Kevin Durant and his Golden State Warrior buddies (8 p.m. EST). In the nightcap we have a rookie point guard showdown, as Lonzo Ball and the Los Angeles Lakers square off against De’Aaron Fox and the Sacramento Kings (10:30 p.m. EST).

Russell Westbrook on if playing the Warriors is just another game: pic.twitter.com/jottobxRXx

KD’s return to Oklahoma City as a champion was certainly a cold one, as he couldn’t hit a shot to save his life in the first half. He and the Warriors put together quite a rally late before dropping a tight one to the Thunder, 102-94. Durant didn’t get his 30, finishing with 25 points.

Sixteen of Westbrook’s 26 points came in the second half. 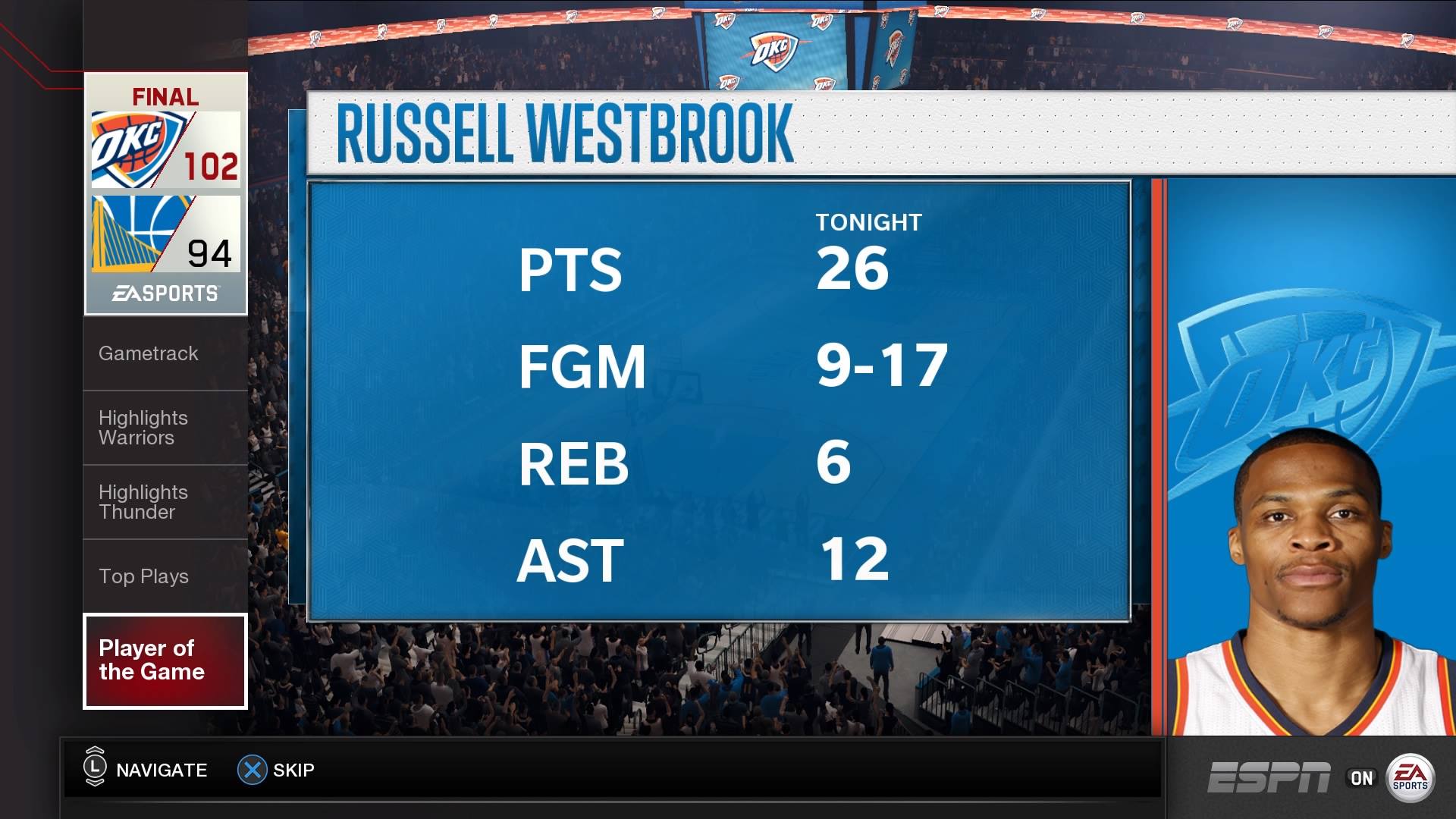 The Dubs did get hot from the 3-point line in the second half, but it wasn’t enough. 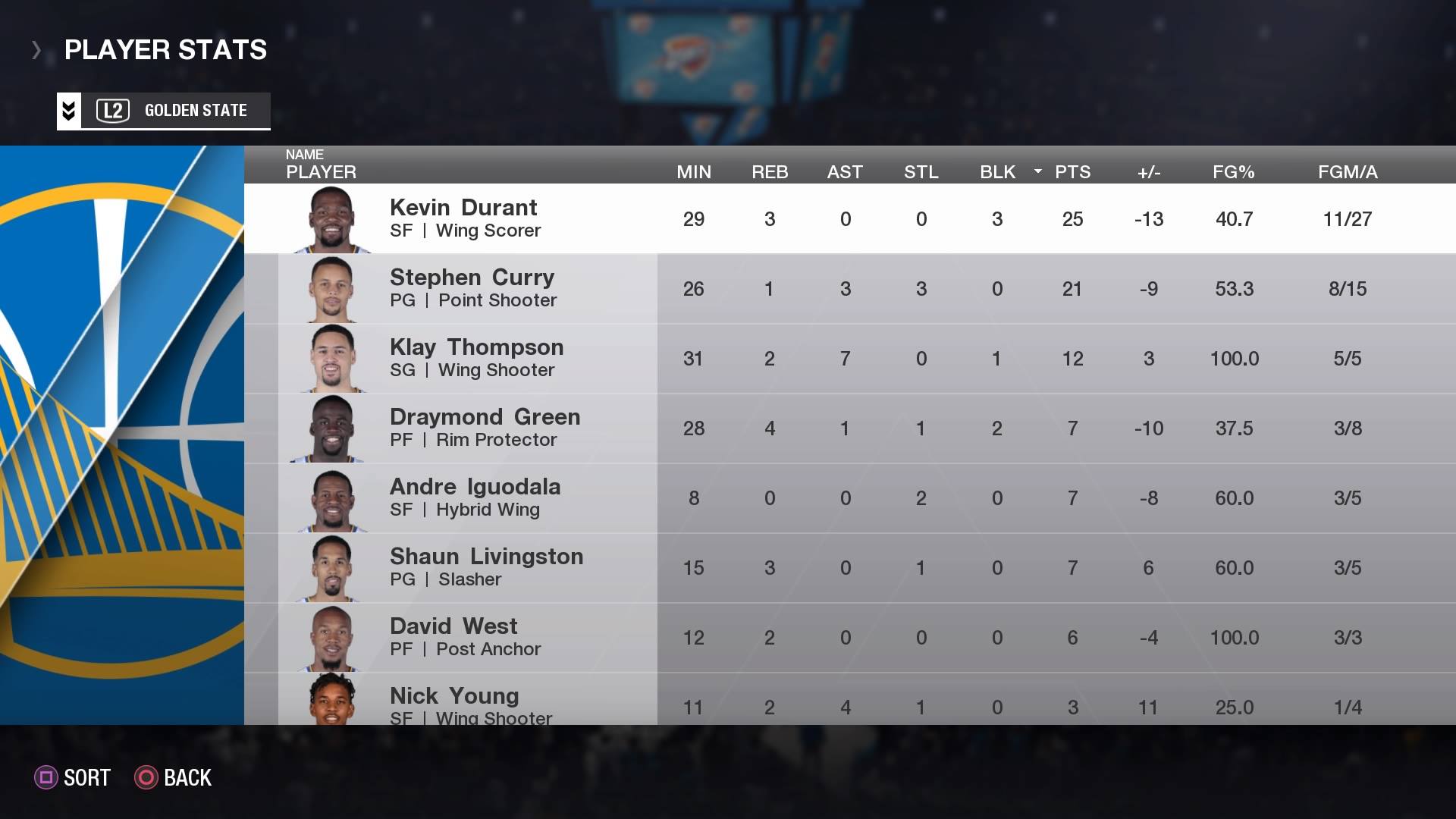 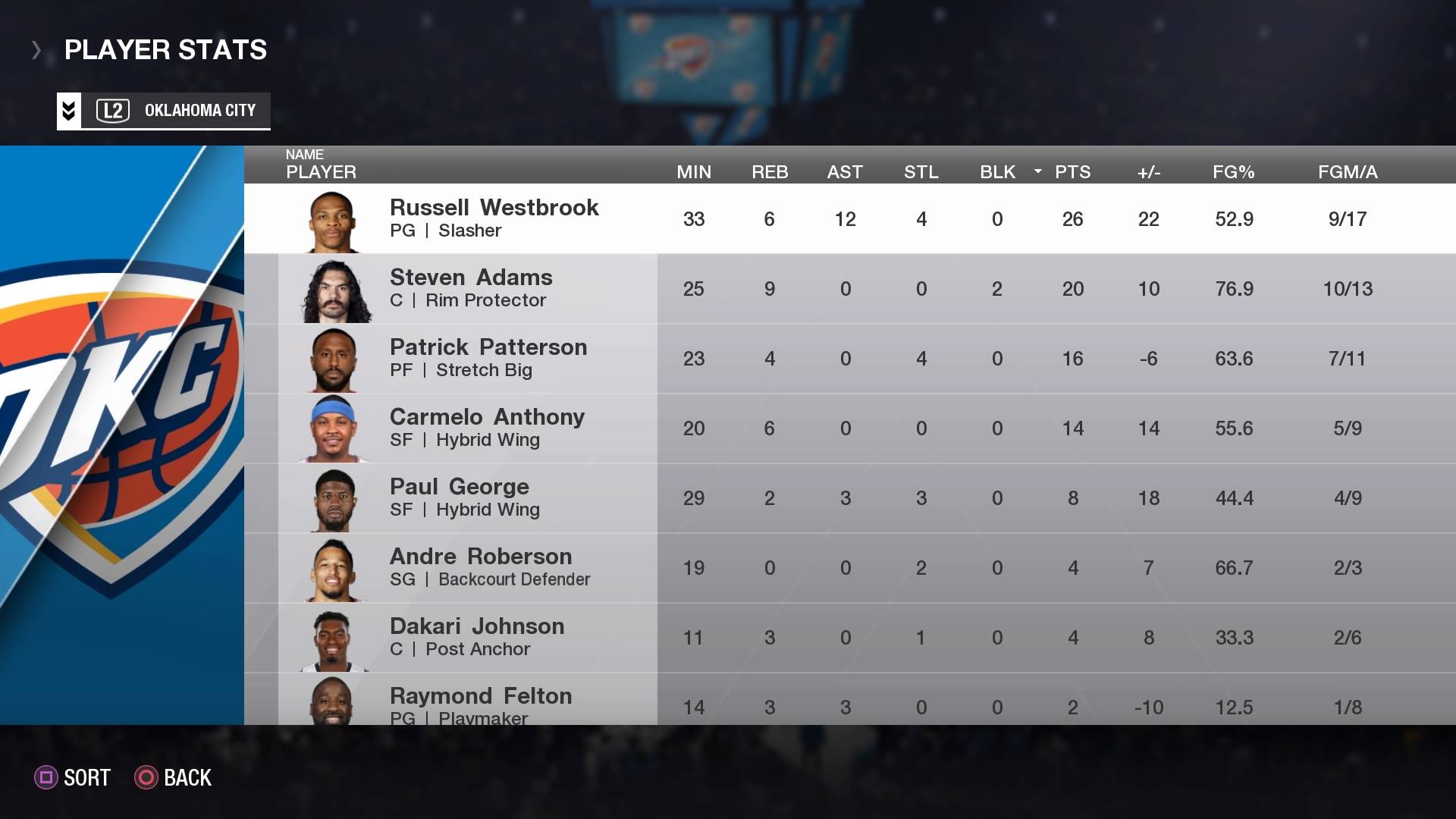 Behind an amazing performance on both ends of the floor by Brook Lopez, the Lakers used a 10-0 run to close the game and win 102-91 on the road. 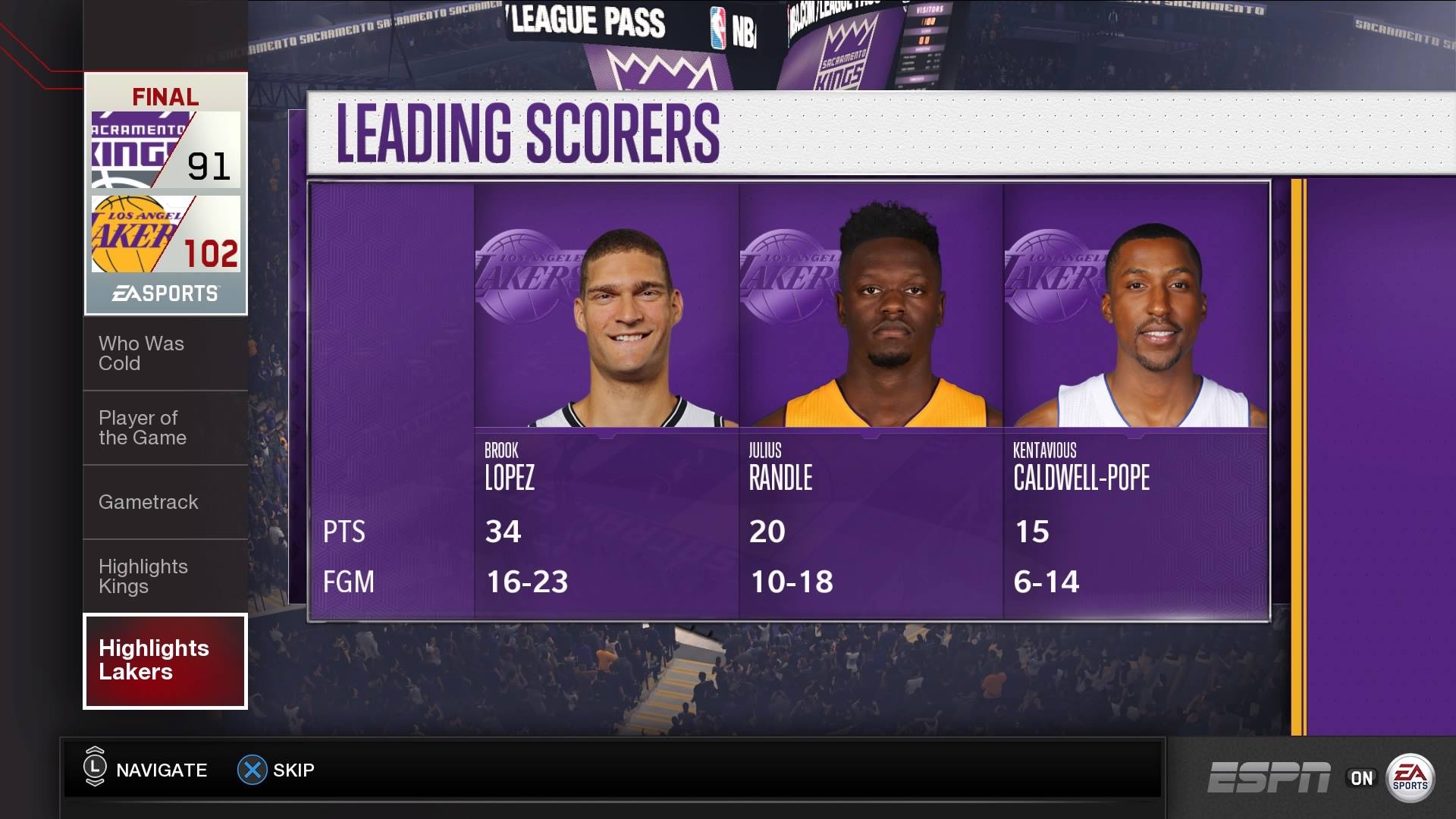 Ball watch: Lonzo finished with 11 points and eight assists vs. Fox’s 10 and six. 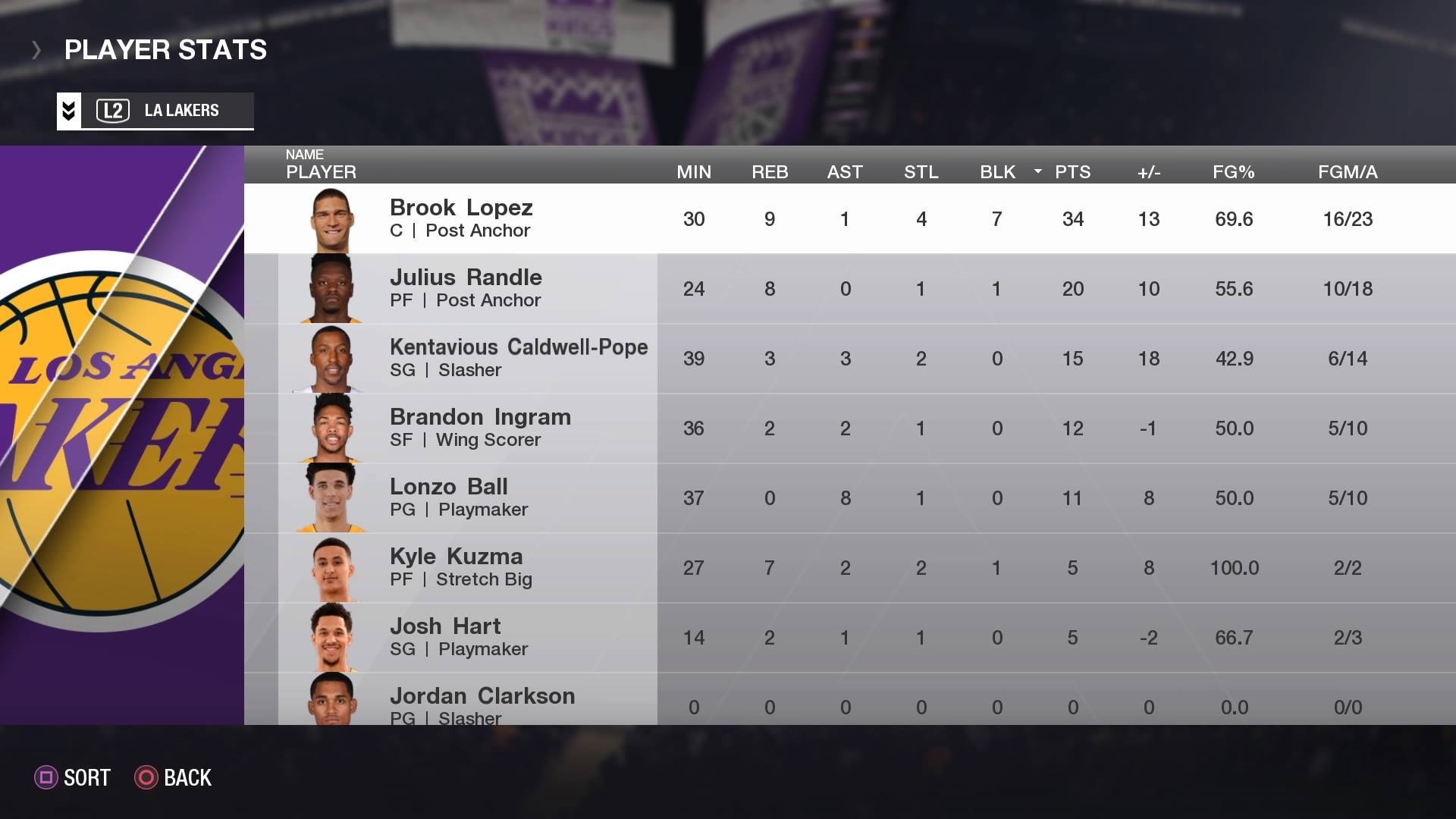 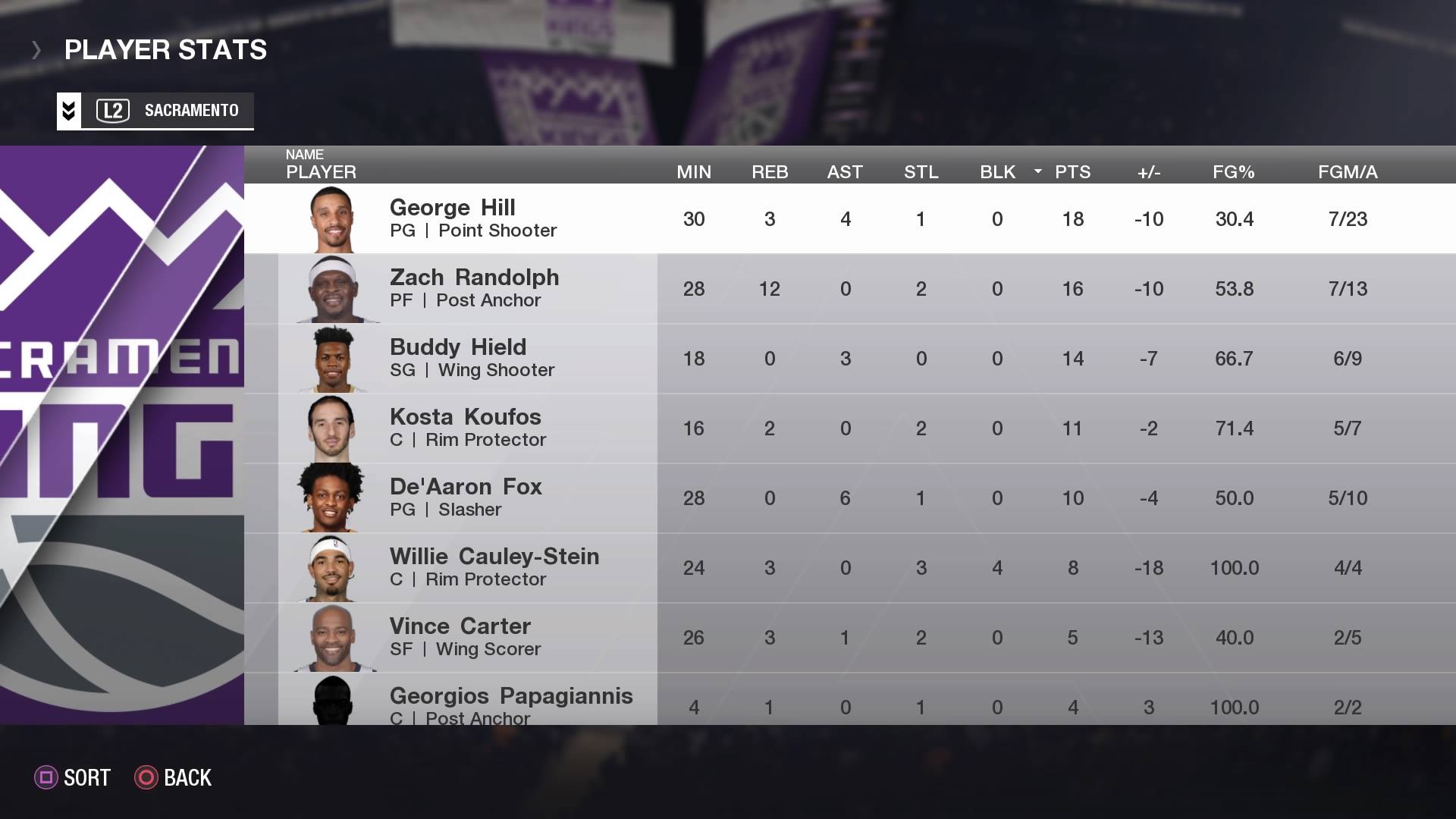