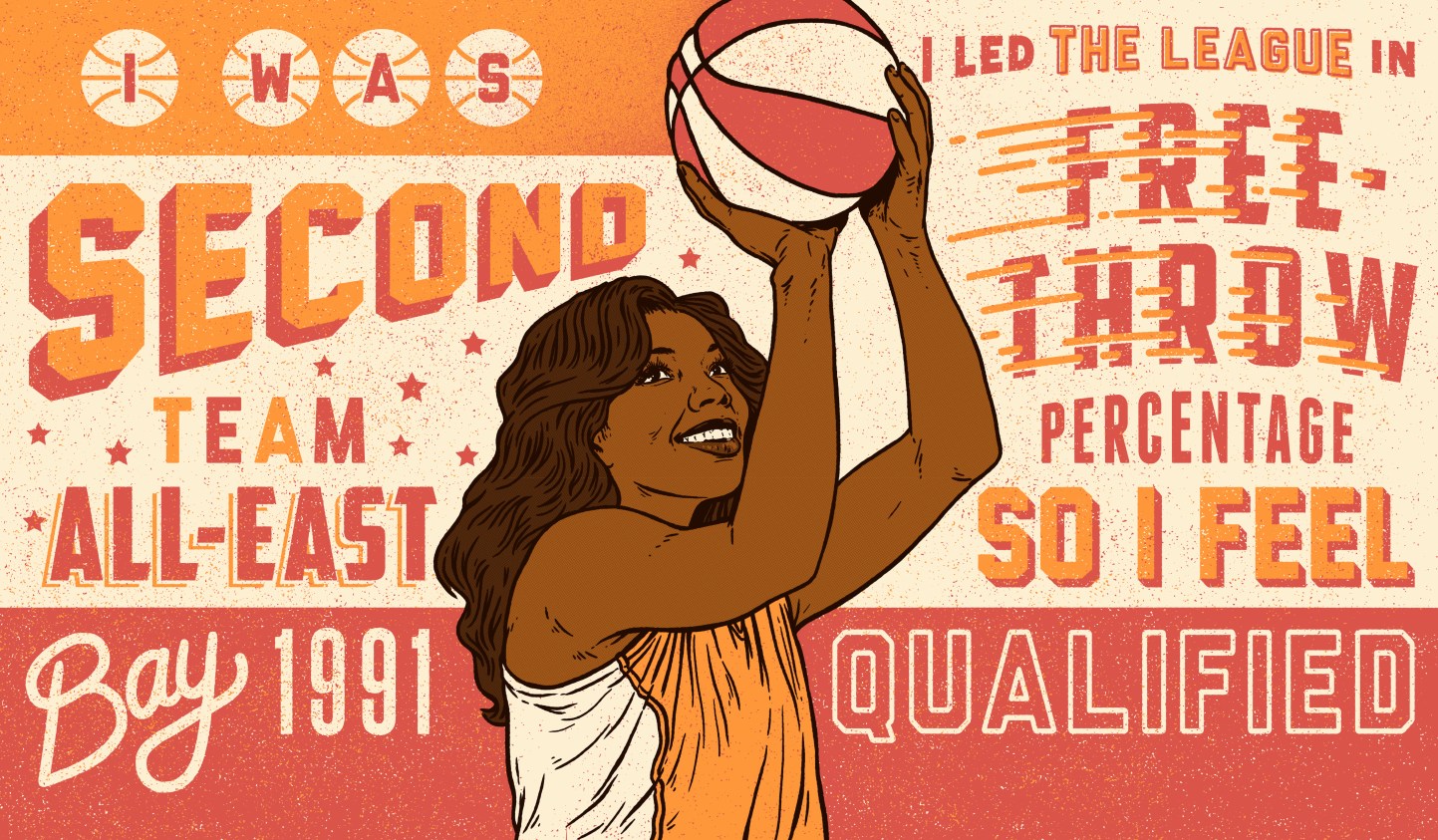 From singer Brian McKnight to actor Jimmy Smits to rapper Master P, singers, actors and rappers have often bragged about their past athletic accomplishments. “Show Me The Receipts,” a monthly feature at The Undefeated, will authenticate those declarations. In this week’s installment, we verified actress Gabrielle Union’s receipts.

There’s a video of Gabrielle Union showing off her basketball skills during a 2012 appearance on the Steve Harvey radio show that’s … let’s just say a bit awkward. After demonstrating how to make a lay-up (her attempted leap is off the wrong foot), Union strips off her high heels and proceeds — in a white dress — to exhibit an ancient between-the-legs basketball drill that would likely leave her husband, Dwyane Wade, scratching his head.

Everyone in the studio laughs. Harvey says, repeatedly, “I really need for her to stop.” Perhaps sensing some doubts about her basketball skills, Union shouts out her credentials: “I was second team all East Bay in 1991 and led the league in free throw percentage, so I feel qualified … ”

We can’t confirm those free throw stats (who keeps a record of high school free throw stats?) but we can verify that Union was, indeed, an all-conference high school basketball star. Long before she emerged on the Hollywood scene with roles in Love & Basketball and Bring it On, Union was the point guard at Foothill High School in Pleasanton, California, where she started for three years.

The stunning movie and television star, who won the 2014 NAACP Image Award for her role in BET’s popular show Being Mary Jane, was a tenacious defensive stopper. She was cut from the same mold as Gary Payton, who played high school hoops just north of Pleasanton in nearby Oakland. Her assignment every game was to disrupt the opposing team’s offense by smothering its point guard.

“She was tremendous,” remembered Jim McClure, who was Union’s basketball coach at Foothill. “By far the quickest player we had, and one of the best athletes in the conference. I’d tell her to stop the other team’s point guard, and she was always up for the challenge.”

Her teammate Lora Howell, recalled Union, known as Nickie during her early years of high school, as being feisty. “She’d take the court with that ‘don’t mess with me’ scowl on her face,” Howell said. “It wasn’t necessarily trash-talking, it was that aggressive energy and attitude that really bothered other teams.”

Union also ran varsity track as a sprinter at Foothill. Dennis Miller, who covered most of the school’s athletic events as a prep reporter for the East Bay Times, remembers a very poised athlete who appeared mature beyond her years.

Ahh ref he's got me… But I close everytime. Everytime 🏀🏀🏀🔥

“When you talk to high school kids, some are great and others are afraid of their own shadow,” Miller said. “She was very charming and easy to talk to. And, honestly, girls’ basketball is rarely as exciting as the boys’ game. But she made some of those games fun to watch.”

While 25 years removed from her high school days in Pleasanton, Union has not forgotten her roots in the town that was her home from the age of 8 when her family moved there from Nebraska. She acknowledged the school by wearing a Foothill basketball jersey last year during her School Daze-themed 43rd birthday party. And Union shocked classmates when she returned to Pleasanton for her 10- and 20-year class reunions.

Union has posted videos of her workout routines that incorporate basketball on her Instagram page.

Compared with that Steve Harvey studio visit three years ago, her current technique has certainly improved. Since marrying D-Wade in 2014, it’s gotten much better.

Have a suggestion for #ShowMeTheReceipts? Know of an entertainer who spent time in his or her past life as an athlete? Let us know here at The Undefeated. Leave a message on our Facebook page.