For the NFL, that’s the most damning part of the stunning lawsuit filed Tuesday on behalf of the recently deposed Miami Dolphins head coach, who alleges discrimination in hiring in the NFL.

The lawsuit, which seeks class-action status, claims the New York Giants violated the league’s expansive guidelines covering inclusive hiring in picking their next head coach, and names the NFL, the Giants and the Denver Broncos as defendants. Included in Flores’ complaint are apparent screenshots of text messages in which New England Patriots head coach Bill Belichick informed Flores that the Giants had already chosen Brian Daboll to be their new on-field leader while Flores was preparing to meet with Giants general manager Joe Schoen.

If true, the Giants conducted a sham interview, which is prohibited under the Rooney Rule. Flores is Afro Latino. Daboll, formerly the Buffalo Bills’ offensive coordinator, is white. Both Flores and Daboll worked under Belichick with the Patriots.

In the ongoing struggle to improve inclusive hiring in the NFL, Flores’ lawsuit could prove to be a significant development, said N. Jeremi Duru, a professor of sports law at American University.

“This is a very strong complaint, and I think it is a watershed moment,” said Duru, author of the definitive book on the struggle that led to the creation of the Rooney Rule, Advancing the Ball: Race, Reformation, and the Quest for Equal Coaching Opportunity in the NFL.

“What happened here is that you had two things that hadn’t existed previously. One is allegedly incontrovertible evidence that the league’s equal opportunity initiatives are being circumvented, the allegation about the Giants. And two, somebody willing to stand up and take a huge career risk to become a plaintiff. … It took a huge amount of courage from Brian Flores.”

Regardless of whether Flores prevails in a court of law (he’ll have a high bar to clear, legal experts say), and assuming the text messages are authentic, Flores has laid bare what anyone who chooses to open their eyes would see: The NFL’s hiring practices are unfair. 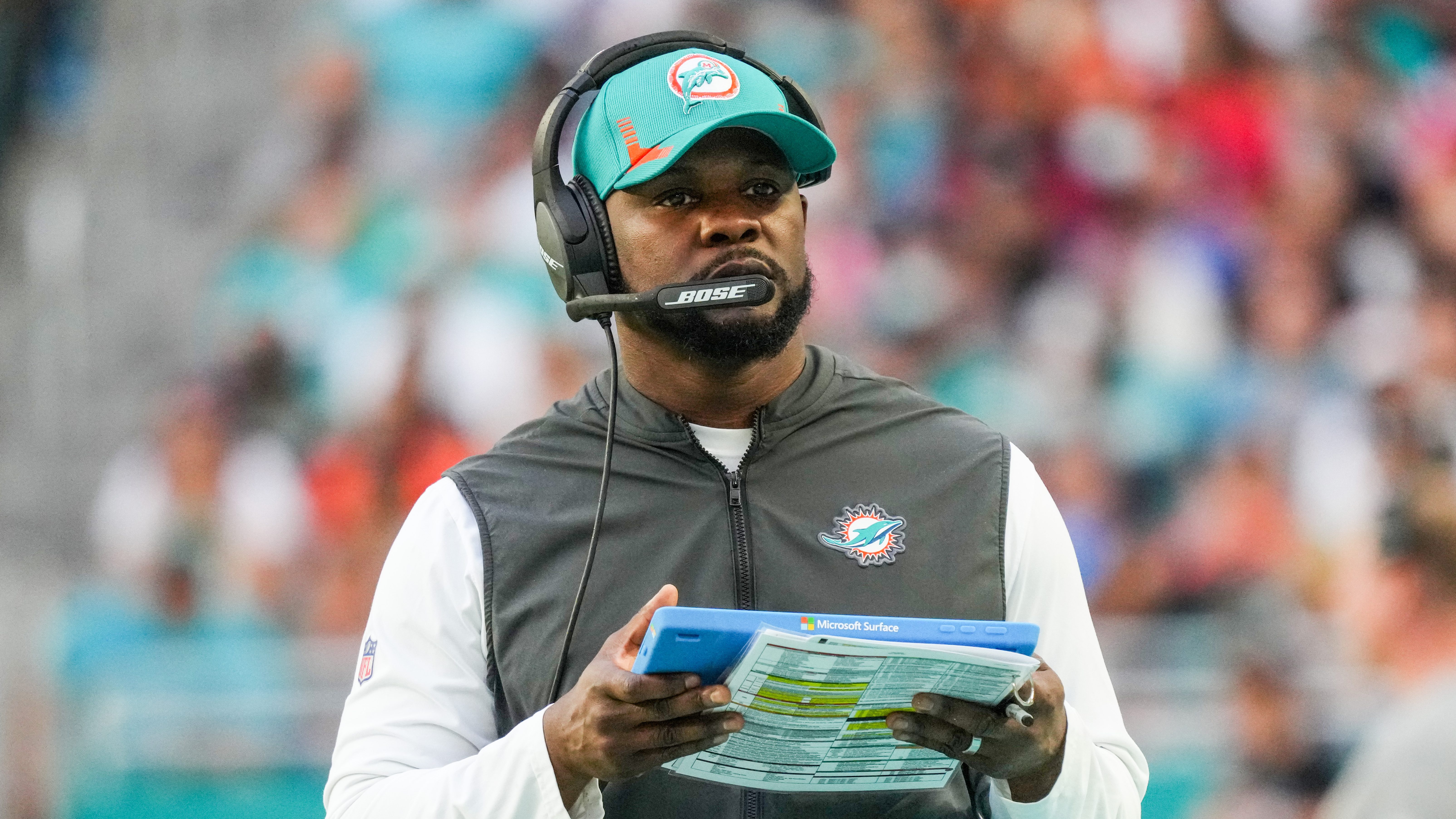 When Black assistants gather in private or share their off-the-record thoughts with reporters, they often express frustration about their interview experiences. Repeatedly they allege that teams only speak with them to satisfy league rules. But feelings aren’t proof. That’s why Flores’ suit could be a game-changer.

Think of Flores like a whistleblower armed with confidential documents. Think of the NFL like big tobacco. This could be one of those history-defining moments in which one person topples a formerly impenetrable American institution from the inside.

It’s not that more proof was needed to show the NFL has a horrible record on inclusive hiring. On that front, the data is overwhelming.

There have been many iterations of the Rooney Rule, which requires teams to interview minority candidates for their open positions, and plenty of rhetoric from top officials through the years about the NFL’s supposed commitment to inclusive hiring. But Pittsburgh Steelers head coach Mike Tomlin stands alone as the only Black head coach in a league whose player workforce is almost 70% Black. On the coaching front, the league’s hiring numbers are abysmal.

Of the seven openings for head coaches at the beginning of the 2021 hiring cycle, one was filled by a Black man. Over the previous four cycles, there have been 27 openings. During that span, three Black men became head coaches.

The fear among some league officials who are proponents of inclusive hiring is that clubs will have a perfect record this cycle: nine openings, nine white guys hired. That’s not the type of efficiency that will help the league continue to push the false narrative that team owners are colorblind when it comes to picking coaches.

The NFL has made progress in hiring general managers. This cycle, the Vikings hired Kwesi Adofo-Mensah, formerly the Cleveland Browns’ vice president of football operations. The Bears named Ryan Poles, who previously served as the Kansas City Chiefs’ executive director of player personnel, to fill their position. There were some gains made in the front office in the previous cycle, too.

But that doesn’t absolve owners of the fact they’re ignoring qualified Black coaches as if they’re being paid to do it. 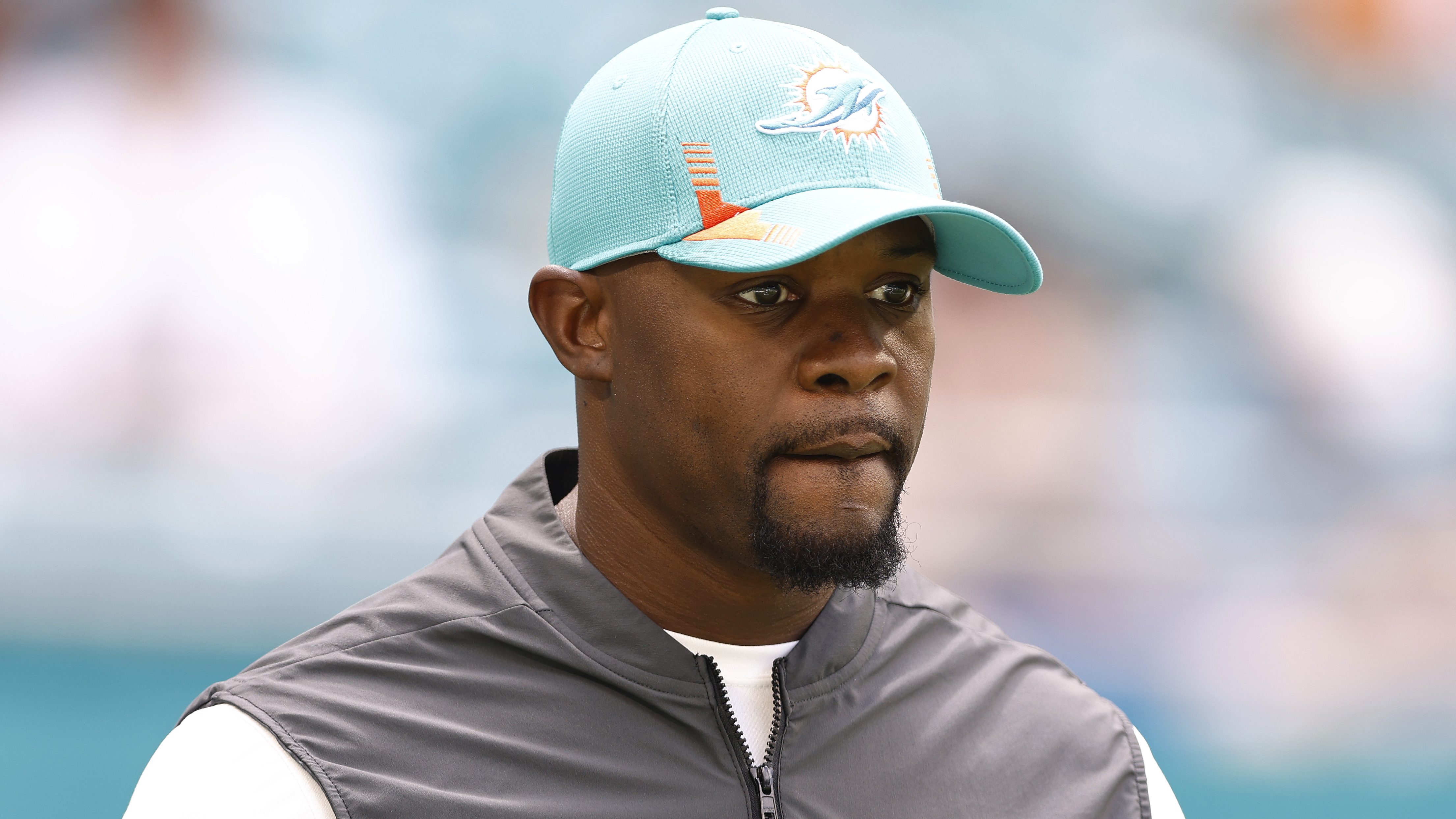 Flores’ suit comes during the same season in which former Raiders head coach Jon Gruden resigned after it came to light that he used misogynistic and anti-gay language in numerous emails during a seven-year period before he rejoined the Raiders, which came only days after 10-year-old emails from Gruden surfaced that included a racist comment about NFL Players Association executive director DeMaurice Smith.

Back in 2020, as the nation grappled with the legacy of systemic racism and police brutality spurred by the murder of George Floyd by a Minneapolis police officer, commissioner Roger Goodell admitted the league had erred in how it handled peaceful NFL player protests of police brutality and systemic oppression. Goodell condemned racism and affirmed that Black lives matter, pledging his allegiance to the players in the battle for equal justice under the law.

“Lift Every Voice and Sing,” traditionally known as the Black national anthem, was performed before every Week 1 NFL game. “It Takes All of Us” and “End Racism” was stenciled in end zones. Players were allowed to wear social justice patches on their helmets.

The league increased its social justice footprint by pledging to donate $250 million over a 10-year period to causes. At Goodell’s direction, the league went all-in to prove it had finally seen the light.

Gruden’s emails and Flores’ suit combine to undermine everything Goodell had hoped to accomplish, which isn’t the least bit surprising to Black NFL executives and coaches. In multiple interviews with The Undefeated over the past several years, many essentially said to just give it time before more was exposed about the hypocrisy in hiring.

David Culley is a perfect example.

The Texans ousted Culley last month after he had only one season on the job, despite the fact that he worked wonders with one of the NFL’s worst rosters. 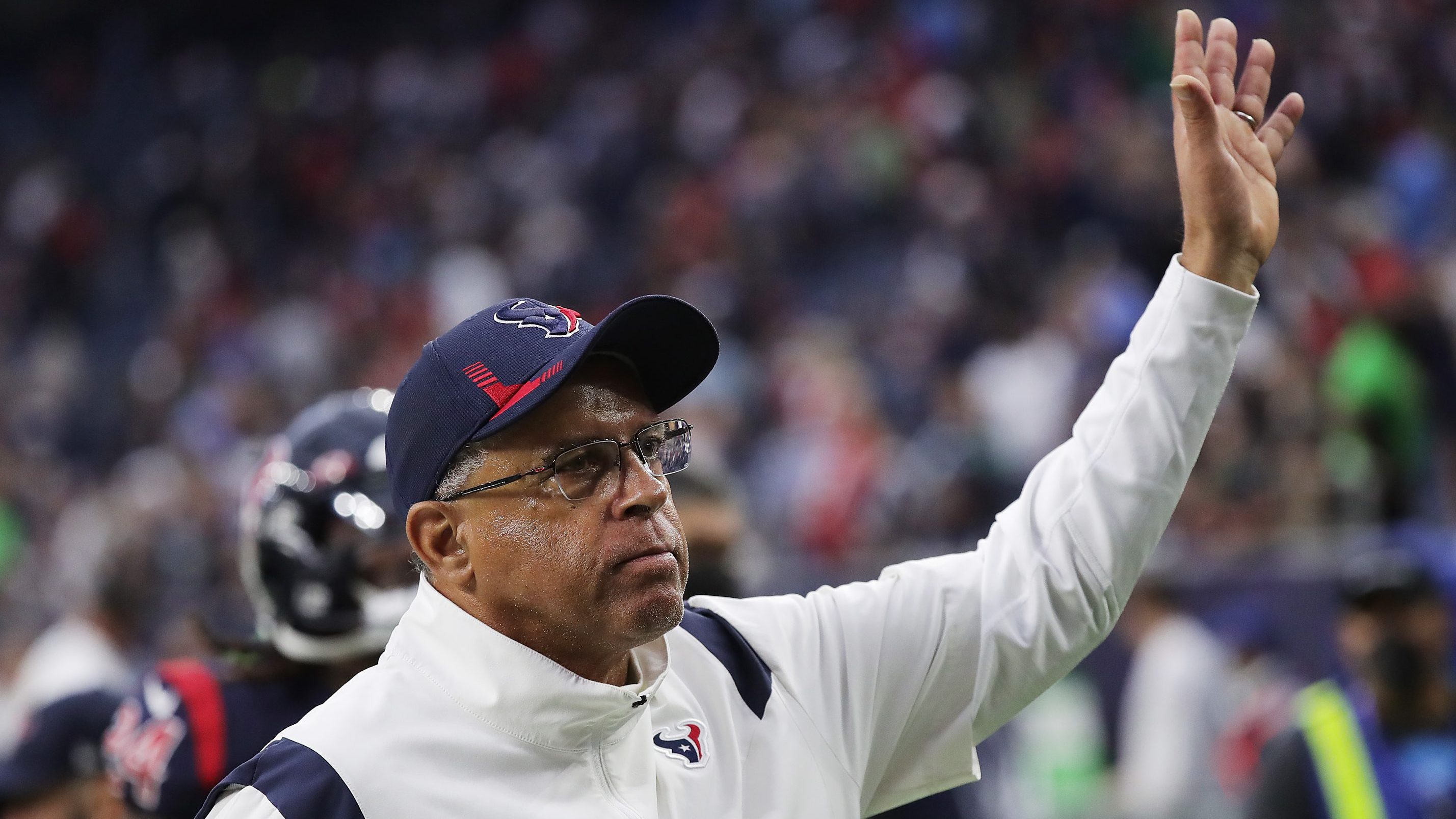 In 2020, the Texans had four victories while being led by Pro Bowl quarterback Deshaun Watson and defensive end J.J. Watt, a five-time first-team All-Pro and three-time Associated Press Defensive Player of the Year. With neither playing for the Texans this season, Culley led the team to four victories as the players, by all accounts, played hard under him until the end.

Under Flores, the Dolphins went 9-8 this season. Last season, they went 10-6. Before Flores having consecutive winning seasons, Dave Wannstedt was the last Miami head coach to do it — during the 2002 and 2003 seasons. Based on wins and losses, the most important metric by which head coaches are measured, the Dolphins made significant progress.

In filing this lawsuit, Flores’ NFL career is most likely over. It’s difficult to envision a scenario in which another team would hire Flores after he, well, turned against the family. At only 40, Flores, who can flat-out coach, understood the potential consequences of his actions.

“God has gifted me with a special talent to coach the game of football, but the need for change is bigger than my personal goals,” Flores said in a statement released by his attorneys.

He added: “My sincere hope is that by standing up against systemic racism in the NFL, others will join me to ensure that positive change is made for generations to come.”

Flores reminds us that some people put being on the right side of history above all else. And then there’s the NFL, which has a whole lot of explaining to do.