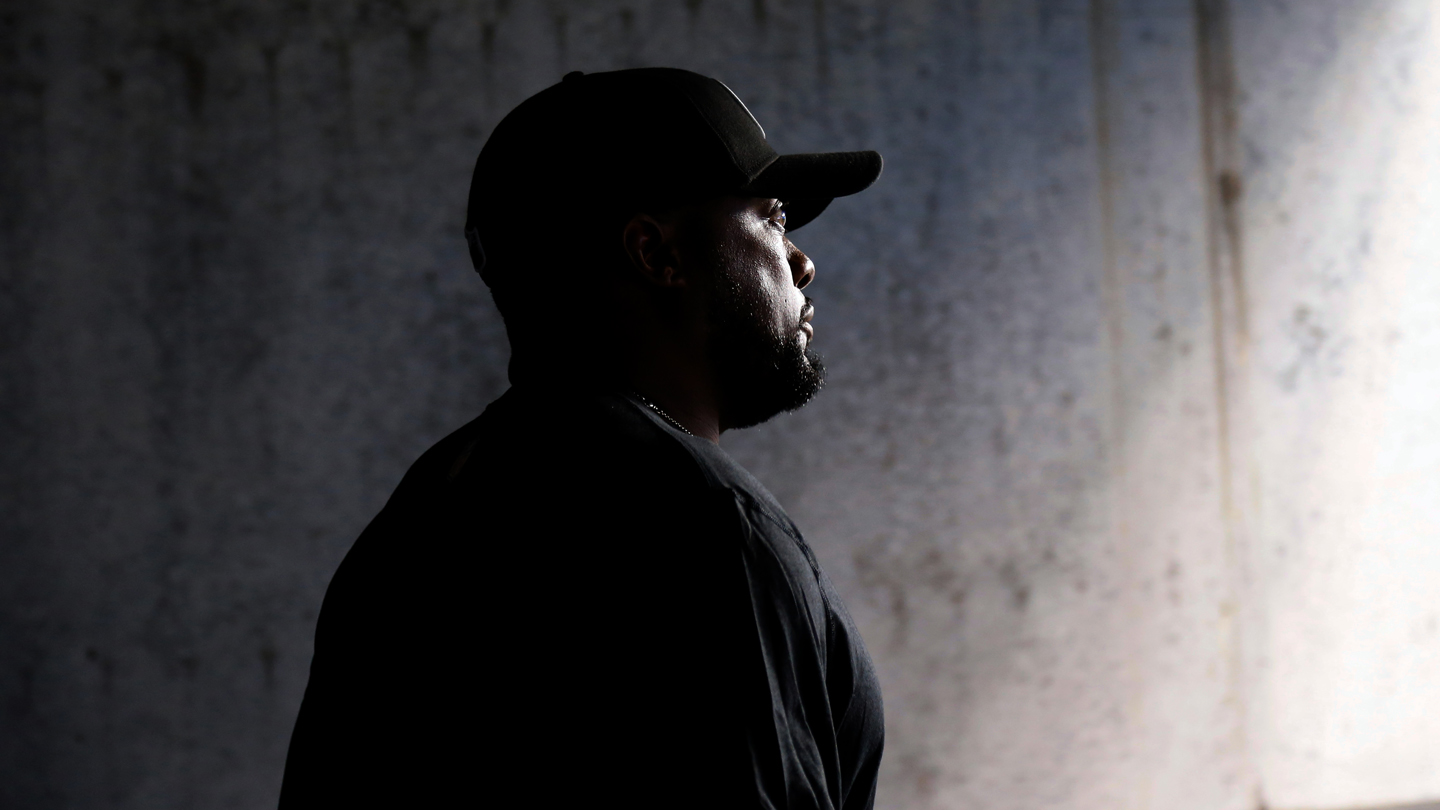 How to make the NFL more diverse at the top

As word spread quickly in January 2007 that Mike Tomlin would be the next head coach of the Pittsburgh Steelers, no one needed to explain the significance of the move to Steve Jackson. Then a safeties coach with the Washington Redskins, Jackson was among the many African-American assistants rooting for Tomlin to get the job. Just a few years earlier, Tomlin, who had just completed his first season as the Minnesota Vikings’ defensive coordinator, probably wouldn’t have been on the short list for one of the most prestigious coaching gigs in professional sports. But under the Rooney Rule, times were changing.

“For me, that’s the one that really stood out,” said Jackson, now the Tennessee Titans’ assistant secondary coach. “It was the Steelers. That’s one of those jobs that everyone looks at. And he wasn’t the leading candidate when he walked in for the interview, but he got in that room and he made his case. That’s what we all want: just to have a real chance to compete for the job. A lot of us [black coaches] looked at that and said, ‘Yeah.’”

There’s no debating that the Rooney Rule has had a positive impact on the NFL. By providing owners with the first leaguewide tool to make hiring potentially more inclusive, the NFL took a significant step toward changing its culture. The rule continues to be expanded, and major corporations have followed the league’s lead. But in a workplace in which the overwhelming majority of players are African-American, the NFL has many more opportunities to strengthen the rule and further increase diversity in its management ranks.

In place since 2003 for head coaches and expanded in 2009 to include general manager jobs and equivalent front-office positions, the rule — named after Dan Rooney, Pittsburgh Steelers chairman and onetime head of the league’s diversity committee — mandates that an NFL team must interview at least one minority candidate for these jobs. The rule, however, has two fatal flaws: the temptation to substitute sham interviews in place of a search for real diversity, and coordinator-level positions, a crucial step to head-coaching jobs, are not under the umbrella.

The NFL did recently expand the rule again to include women: For all executive openings in the commissioner’s office, a woman must be interviewed. The San Francisco 49ers were the first team to formally adopt the practice, but the same flaws still apply.

But the league did provide a blueprint for corporate America to improve its poor hiring record when it comes to diversity. Facebook, Pinterest, Intel, Xerox and Amazon are among the major companies that have instituted their own version of the rule. Even the Pentagon has explored using some form of the rule to diversify its officer corps.

In the 12 seasons before the rule was instituted, the NFL had only six non-white head coaches. In 12 seasons under the rule, the league has added 14 head coaches of color. From the NFL’s standpoint, there were other encouraging numbers last season regarding diversity. The Institute for Diversity and Ethics in Sports at the University of Central Florida found that:

Clearly, minorities have made modest strides in filling leadership positions. The problem is, there are 32 NFL teams. Even at its highest point, minority representation among coaches was a meager 25 percent. Almost 68 percent of the NFL’s players are African-American, but there are no African-American team presidents, and only one team president of color. Although the NFL received an A grade for overall racial-hiring practices from Central Florida, only 19.4 percent of the league’s professional positions — front-office and business-operations personnel — were filled by “people of color” in 2015. The numbers tell the story: There’s still plenty of work to do.

The NBA was composed of 74.4 percent black players in 2015, yet there are only three black general managers currently running the 30 NBA teams.

Does the NBA need a Rooney Rule like the NFL for head coaching and senior operation jobs?

Jeremi Duru wrote the book on the Rooney Rule. Literally. In Advancing The Ball: Race, Reformation, and the Quest for Equal Coaching Opportunity in the NFL, Duru masterfully details the history of the process that resulted in the rule. Duru, a law professor at American University’s Washington College of Law, agrees that the rule is not perfect, but “the whole idea of it is to prompt kind of a culture change in the league,” he said. “It’s not that the outcome of each particular interviewing season is going to vindicate the rule, but rather that the rule will put in place the sense that, in order to be the best, you have to think broadly. It’s the idea that in order to succeed and be competitive, you have to look at a deep pool of candidates.”

One of the biggest criticisms of the rule is that it hasn’t effected change fast enough. For the rule to have been in place so long, some African-American commentators have argued, the NFL should have many more minorities in the highest-ranking positions. “It’s extremely difficult to eradicate a long-standing problem quickly,” Duru said. “The Emancipation Proclamation itself isn’t going to be a panacea. But it creates a culture where there’s no longer lawful slavery, and where we start to see progress, slowly but surely.

Unfortunately for the NFL, the public perception is that sham interviews are integral to the league’s culture. Invariably each season, rumors have swirled that some teams interviewed African-American candidates only to comply with the rule. In January, the timing and execution of the Philadelphia Eagles’ hiring of new coach Doug Pederson raised questions about whether they had violated the spirit of the rule. The Eagles interviewed Duce Staley, a former Philadelphia player and current assistant coach on the team. Staley had never been a coordinator and only served as a position coach for three seasons. To many league observers, it appeared the Eagles had skirted the rule by interviewing an in-house candidate who obviously lacked the experience to be a head coach.

That’s where the Fritz Pollard Alliance comes in. Together with the league’s front office, they determine whether a team’s interview process is legitimate. In the first year of the rule, commissioner Roger Goodell’s predecessor, Paul Tagliabue, fined former Detroit Lions general manager Matt Millen $200,000 for “failing to discharge his duties” under the rule.

Although the specter of fines should serve as a deterrent to teams violating the rule, there’s another step the league could take to ensure compliance besides the removal of draft picks: require teams to provide transcripts of interviews with minority candidates. That way, the Fritz Pollard Alliance and the commissioner’s office could judge for themselves whether teams adhered to the spirit of the rule.

“The Rooney Rule requires that there be a meaningful interview of a person of color, not just an interview,” Duru said. “Any mechanism that can be used to ensure an interview that is meaningful should be on the table.”

However, among NFL decision-makers, there’s no momentum for detailed transcripts to become part of the process. “What is important is getting interview feedback,” the NFL’s Gulliver said. “We really do find that getting feedback, getting candidate feedback, on what worked and what didn’t work, and what can even be better the next time, will help candidates as they continue their quests to become a head coach or a general manager.”

That being said, covering more potential candidates under the rule would seem to be a logical next step. Generally, coordinators have the most responsibility among assistant coaches. Owners often pluck coordinators from successful teams to become head coaches. If there were more minority coordinators in the pipeline, theoretically, there would be more minorities in the applicant pool for head coaching positions. The Rooney Rule does nothing to address that basic fact.

In response to the NFL’s horrible hiring record after the 2012 season (eight head coaches and seven general managers were fired; 15 white guys were hired), the Fritz Pollard Alliance proposed that coordinator-level and team president positions should be covered under the rule. The NFL rejected the proposal, but in 2013 the league did restart the Career Development Symposium, which previously ran from 1998-2008.

The commissioner’s office requested that teams send two representatives, including at least one person of color, who aspire to be general managers and head coaches, to a three-day program at the Wharton School of the University of Pennsylvania. Besides networking with decision-makers from throughout the league, participants honed their interview skills through presentations and panel discussions. (In March, the league had its first Women’s Career Development Symposium.)

But remember: Last season, the league had only six head coaches of color and seven African-American general managers. Obviously, the Career Development Symposium didn’t hobble efforts to improve minority hiring — but how much did it help? It just seems that including coordinator positions under the rule could be another major turning point in the ongoing struggle to level the playing field.

In ESPN The Magazine’s Feb. 8 Super Bowl 50 Issue, senior writer Mina Kimes wrote that white position coaches and assistants are more than twice as likely to be promoted to coordinator than their African-American counterparts, according to research from professors at Georgetown, George Washington, Emory and Iowa State University. Moreover, those promotions occur regardless of the white coaches’ performance, experience and coaching background. The data shouldn’t be ignored.

The Titans’ Jackson is a 13-year NFL assistant. Despite his experience, Jackson knows it’s downright impossible to make the leap from an assistant coach to a head coach without first being a coordinator.

“There’s always a network, an inner circle, and then there are others,” he said. “And if you’re in the others, you have to do everything you can to get in the door.”

The argument against expanding the rule to include coordinator positions is that head coaches should be allowed to pick their staffs without any restrictions on interviewing. There may be something to that.

During the 2007 and 2008 seasons, Brian Stewart directed the Dallas Cowboys’ defense. If coordinators are covered under the rule, Stewart envisions the potential for conflict. “That would be rough,” said Stewart, now a college coach at Nebraska who works with defensive backs. “You really have to leave picking those guys [coordinators] to the head coaches. They have to be allowed to choose their own people.

“That’s one of the benefits of reaching the level of head coach. And if you don’t let them interview only the guys they want to interview, it could really open up a can of worms when you talk about relationships on the staff. If guys feel like a coordinator didn’t get the job the right way, there could be a lot of resentment from all the other assistants. It could be a problem. It could be a big problem.”

Of course, there’s often resistance to change. When the rule was instituted, many within the league suggested head coaches wouldn’t have credibility if they were hired as a result of the process. But who would argue that great coaches such as Hall of Famer Tony Dungy, Tomlin and Carolina Panthers’ Ron Rivera lack credibility? The Steelers’ pick of Tomlin worked out spectacularly.

The Rooney Rule is still evolving and growing pains are part of the process. But with the NFL on the right track, it’s definitely not time to slow down.