What’s next for the Change the Mascot movement?

The summer of 2020 was a time of reckoning in the United States. Racist symbols that had stood for decades were toppled in a tsunami of awareness that began with the public killing of George Floyd.

Among the most recognized symbols to be eradicated were the mascot and name of the Washington Football Team. Christened the “Redskins” by its then-owner George Preston Marshall, the team’s Native American logo was one of the most recognizable in the NFL. And just recently, the Cleveland Indians announced they were going to change the name of their franchise, this coming three years after ditching their appalling Chief Wahoo logo. 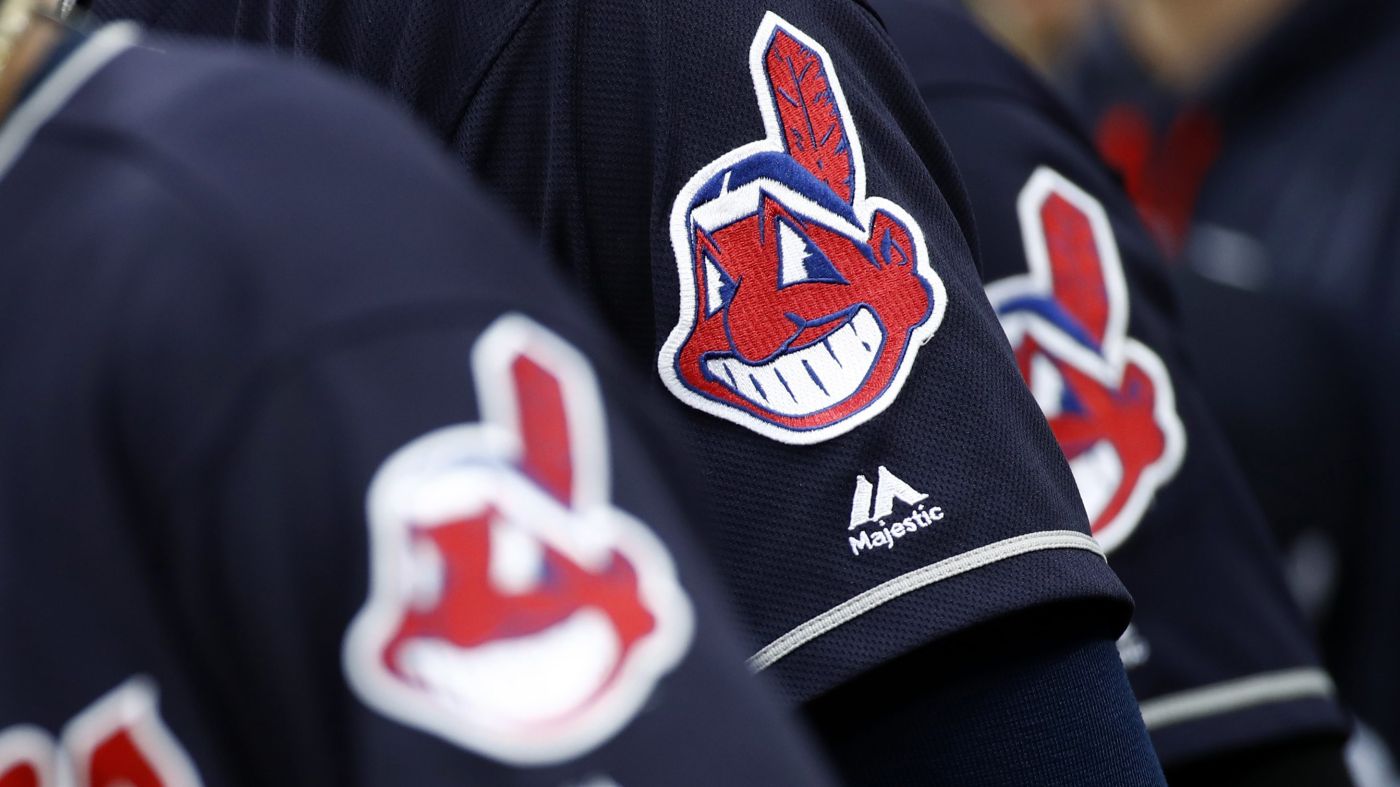 “It had been building for a long time,” said Ray Halbritter, the founder of the Change the Mascot movement. “For decades, there have been Native Americans fighting against the use of Native American mascots. It took literally 30 years of people sitting down and hearing us. And beginning this year, we worked very closely on this campaign with the National Congress of American Indians, which is an umbrella group, like the NAACP. They were our partners step by step on this. I think it was a result of the campaign. …

“The George Floyd murder was just the straw that happened to collapse the camel.”

Halbritter, the operator of a billion-dollar gaming empire, is the leader of the Oneida, one of the five Native American nations of the Iroquois Confederacy of upstate New York. He is best known for the campaign he started in 2013 that targeted the Native American names and mascots of amateur and professional teams in America. And he’s not finished.

Halbritter learned early in life that what people think you are can be the difference between life and death. He was born Arthur Raymond Halbritter on July 17, 1951, in New York City, to Gloria and Arthur Halbritter Sr., both members of the Oneida Nation. His early years were spent in New York and New Jersey. His father, a teamster who drove car carriers, died in a car crash when Halbritter was only 11. “That was both tragic, devastating emotionally and economically for our family. We just had to struggle to make ends meet.”

Halbritter was sent to boarding school in Auburn, New York. He graduated and went to college for a bit but left after a couple of years to become a union ironworker. In 1975, he moved onto the Oneida Nation territory, bordering the town of Oneida, New York, about 25 miles east of Syracuse. Perhaps the seminal moment of his life occurred there, when several of the trailers on the territory caught fire, including one belonging to his aunt and uncle.

“We had mobile homes that were given to the nation for housing under a federal grant program,” Halbritter recalled. “My uncle and aunt, their mobile home caught on fire, they were consumed by fire. They burned to death because the city of Oneida refused to send the fire department. The Justice Department actually sued the city of Oneida because of equal protection arguments. We were entitled to equal protection and they didn’t provide it. All of that tragedy, it shaped my early views on things.”

Halbritter realized the fire was just the latest in a long line of tragedies to befall his people, and it wouldn’t be the last unless something changed, something fundamental that would shift the power structure.

Halbritter went back to school, earning a business degree from Syracuse and a law degree from Harvard. He returned to the Oneida territory and became involved in tribal affairs. His education and his drive to improve the status of his people created a dynamo that transformed a humble bingo parlor on the Oneida territory into a billion-dollar gaming, hospitality and media empire.

Halbritter’s rise to prominence in the Oneida Nation has been impressive, but also marked by controversy. His critics accuse him of being a hyperambitious “dictator” who manipulated his way to the leading position in the Oneida, even though it is traditionally a matriarchal society. Others have criticized the use of gaming as a revenue source, protesting the practice as contrary to the morals and principles of the culture. Halbritter shrugged off such criticism as “sour grapes” in a profile in The Atlantic magazine. “Sometimes people are imprisoned in poverty so long,” he once said, “that they begin to believe that the bars are there for their own protection.”

Halbritter believes the future of his people can only be improved from a position of strength and self-respect. The protection of dignity for the Native American people was the impetus behind the Change the Mascot movement, which was inspired by the efforts of some high school kids in upstate New York.

Cooperstown, New York, is best known as the birthplace of baseball and the home of the Baseball Hall of Fame. It is also home to Cooperstown Central School, which had an enrollment of mostly white students. During a visit to Cooperstown High by a group of Navajo students in 2013, a Cooperstown student felt so embarrassed and humiliated by the team name (the same one previously used by the Washington Football Team) she began an effort that changed the name to the Hawkeyes, with Halbritter donating $10,000 to help fund the transition.

“Some of the students, not Native students, initiated the effort to change the name,” said Halbritter. “I was so inspired and impressed by these kids because I saw in them the future leadership of America. They weren’t just trying to advocate for a white America. They were advocating for the America of the principles that are espoused in the Declaration of Independence. They were doing more than the owners of these sports teams. These teams just didn’t care anything about those very issues that are the essence of what makes this country great.”

In 2013, Halbritter began his effort to change the name of Washington’s football team. He acknowledges that many others have participated before him and worked with him against discriminatory mascots and nicknames, but the Change the Mascot movement that focused on the NFL and Washington brought a new level of funding and sophistication to the fight. The efforts began to get traction, and from the halls of Congress to the boardrooms of Wall Street, a call to change the name and logo grew louder.

The effort was met with outright refusal by team owner Daniel Snyder, who declared publicly in 2013 that he would “never, ever” change the name of the team. Ironically, it was that statement that may have ensured that the effort would be successful. Rick “Doc” Walker, a former player and broadcaster for the Washington Football Team, said, “At first I didn’t think a name change would happen because of the owner’s opposition. But whenever somebody says ‘never,’ there’s always someone out there with a bigger ego that will come to challenge you.”

Sources close to the team relate that Snyder harbored a deep dislike for Halbritter, despite never meeting him. (The Washington Football Team did not respond to a request for comment.) Remarkably, Halbritter said he has never had a meeting with a sports commissioner or a team owner. The only direct conversation he has ever had was a chance meeting with New York Jets owner Woody Johnson at a social event in 2014. Said Halbritter, “Since he was there, I went up to him and I said would he do something to get the Washington name changed. And he said, ‘Why should I do anything? That’s not a racial slur.’ And that’s all we said, but I could tell he was offended. And that’s what I would have expected. The wealthy people, they’re in a different place. I could just tell in his mind, he’s thinking, ‘How did you get in here?’ ”

Washington kept its team name and mascot until the summer of 2020, when the social forces unleashed by the killing of Floyd forced the examination of racist and offensive symbols that had been in the culture for generations. From Confederate Gen. Robert E. Lee to the Uncle Ben trademark, the previously accepted became intolerable, and when major sponsors such as FedEx threatened to withdraw their financial support, Snyder and the NFL were forced to relent and the name and mascot were relegated to the dustbin of history.

In December, the Cleveland baseball team became the next domino to fall, with the team issuing a statement declaring its intention to phase out the name “Indians.” In the statement, team owner and chairman Paul Dolan said, “Hearing firsthand the stories and experiences of Native American people, we gained a deep understanding of how tribal communities feel about the team name and the detrimental effects it has on them.”

When Halbritter talks of the two resounding victories in Washington and Cleveland, or the battles ongoing in Atlanta and other cities, he speaks passionately about the broader issues of social justice for all people of color.

“I have this sort of image in my mind of America, and there’s the America that fulfills all of its promises,” he said. “And then every time I see an injustice, to me or a promise unfulfilled, it’s like a little cut, a little wound on this country. And to me, when we got that word [about Washington and Cleveland], it was like one of them heals. There’s still a scar there, but it feels right. There’s all these cuts, and we want to heal.”

When asked what’s next, Halbritter touches on many issues, ranging from income equality to COVID-19.

“People have been left out of the discussion, all of these decisions,” he said. “And we think we should be there. There will never come a time when we can just sort of say, ‘We’re done here.’ It will always be necessary for us as Native people to make our needs and our issues known. And we’ll always be needed because there’s this future for our children. …

“So that’s what I consider us doing is looking to continue the discussion. We’re hoping to move toward broader, larger dialogue on these issues and about how we are being treated.”

Michael Williams is a writer, radio host and television commentator based in Washington, D.C. He covers politics for Voice of America and is a member of the USGA Golf Journal editorial board. He met the Dalai Lama and Mike Tyson in the same year. He made his first hole in one in April of last year.