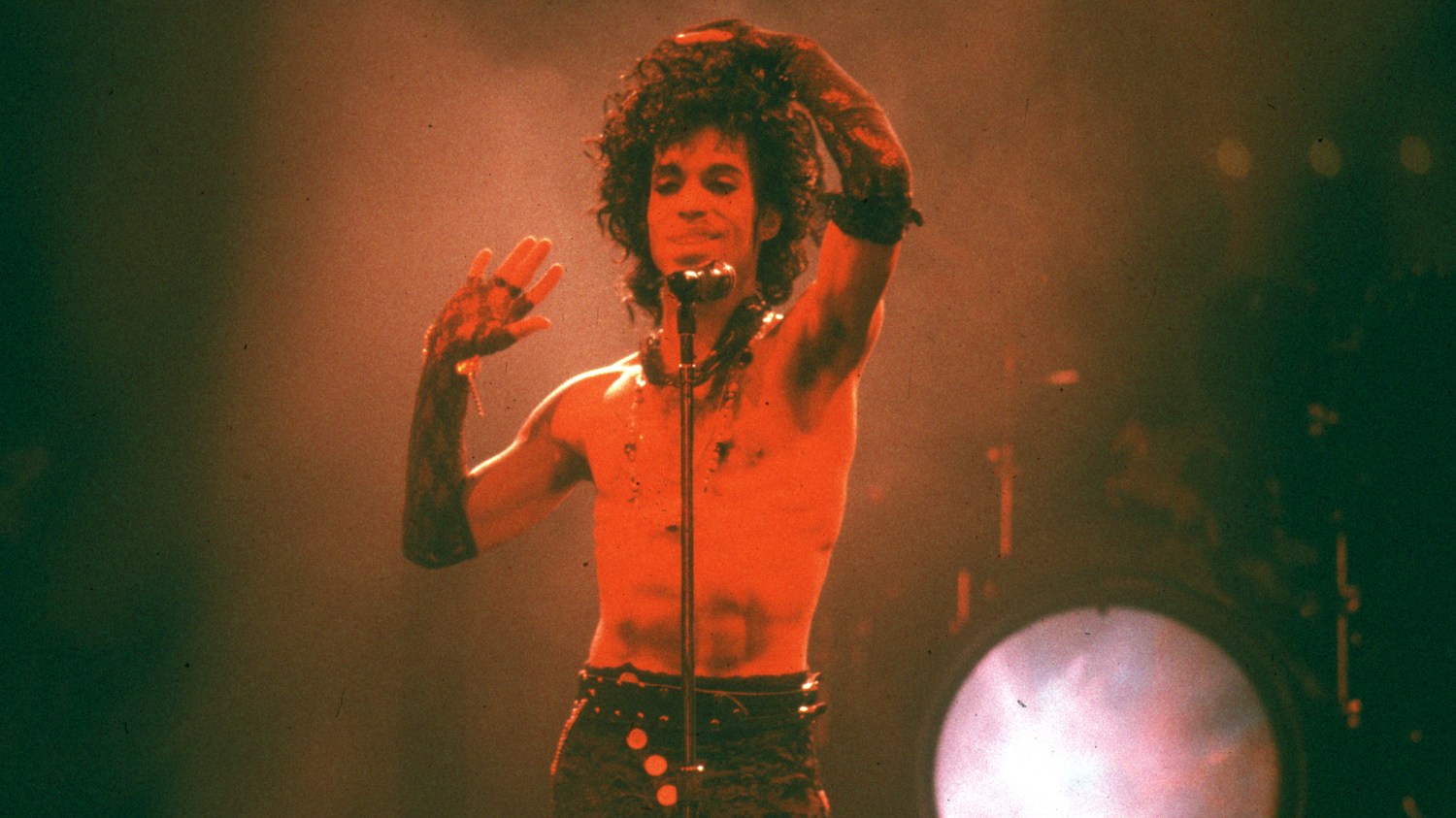 Till your love is red

My first time with Prince was like something out of a Prince song.

It was 1979 and I was maybe 12. He was shirtless, pretty, staring at me from a poster on my friend’s bedroom wall. His hair was blown-out, parted off-center, flipped at the ends and it all gave me a quickening I didn’t understand.

“I Wanna Be Your Lover,” the poster said — a track from Prince’s eponymous second album. I didn’t have language for it, but the rest of the night, I idled on high.

I’ve loved and lost before, but I’ve never taken the death of an artist so personally. Then again, I’ve never lost someone with whom I figuratively and foundationally have shared so much sex.

Bring out what’s been in me for far too long/

Baby you know, that’s all I been dreaming of

In the weeks after Prince died, much of the media discussion focused on his rise to stardom following the 1984 movie Purple Rain. Maybe that’s when much of white America was introduced to him, but by that time, he’d already been playing with some of us for years.

As a young teen, I once attended a talent show at an all-boys parochial high school on Chicago’s South Side. A brother came onstage wearing an open robe and swimming briefs, gyrating and lip-syncing to the moaning falsetto of International Lover —Darlin’, it appears to me / That you could use a date tonight / A body that’ll do you right / Tell me, am I qualified? — and the audience of mostly teen girls started to wave and sway.

Then, girls began squealing. In that moment, we could have humiliated that man-child. We could have masked our own embarrassment and reflex toward middle-class respectability by directing withering ridicule at the rise between his legs. Instead, we roared our approval as we screamed the lyrics over the music.

My plane’s parked right outside, baby, don’t you wanna go for a ride?

Call it a communal sexual moment all up in Mendel Catholic High. We had Prince to thank for that.

All of my hang-ups are gone/

How I wish you felt the same

The next time I heard the word, Prince said it.

In 1984, I wanted to be “Darling Nikki” for Halloween. I just couldn’t figure out how to (legally) put into operation what I was responding to — a forceful female sexual agency. A new kind of self-love.

“Nikki is actually about this woman who had this power,” said my childhood friend, Sherrelle Kirkland-Andrews, who writes a lifestyle blog in Atlanta. It was her poster that first introduced me to Prince. She moved to a suburb of Minneapolis in 1980 and calls Prince inseparable from her sexual coming of age. Nikki “came, rocked his world, left him a note and bounced. He was sitting there going, ‘What just happened?’ ”

Prince’s sex music was an exploration of pleasure, vulnerability, of all the things two human beings could be to one another, Kirkland-Andrews said. “You heard things that were probably too sexy for your age, but they didn’t make you feel bad about yourself,” she said. It didn’t make you feel degraded. He’s telling us about this sexuality that the culture exploited and our mommas told us to tamp down. Or said nothing about, and just frowned.

In an essay for Salon, Amanda Marcotte wrote that the video for “Gett Off” blew her mind. “What made the video and the song seem so subversive was that the women, both in the video and whoever is being sung about in the lyrics, were very sexual, but not objectified, like they are in most pop songs. They have autonomy and desires they aren’t afraid to articulate. And this wasn’t portrayed as scary or intimidating, but desirable.”

The women in Prince songs, felt real, she wrote. “Which meant that their autonomy felt possible, something that you the listener, living in your repressed little nowhere community (well, at least for me), could aspire to be someone a little less afraid.”

But while his influence was worldwide, it was perhaps singularly revolutionary for black women. In her 2003 book Longing to Tell: Black Women Talk about Sexuality and Intimacy, Tricia Rose, director of the Center for the Study of Race and Ethnicity in America at Brown University, argued that the overarching feature of black female sexuality has always been silence. Stereotypes of black female licentiousness dating back to slavery (and offered as racist explainer for the myth that black men were prone to rape and needed to be lynched), meant the sexual lives of ordinary black women have always been something to be hidden, misunderstood and laden with shame.

In lyric and note, with virtuosity and moans, wearing ruffled silks and velvet trousers, Prince undid some that damage.

Deesha Philyaw, a Pittsburgh author and parenting expert, was not quite 13 when “Darling Nikki” came out. “Most of what I’d learned about sex was shrouded in shame, secrecy, misinformation, and talk of sin,” Philyaw said.

When she started her menstrual period, she thought she was bleeding because she’d masturbated, and for months she hid her cycle from her mother. “I needed somebody to give me permission [to feel differently about sex] because everybody around me was giving me the opposite.”

It was Prince who offered up another message. “Listening to that song in my bedroom with the volume turned down low. Grinding? I’d done that,” Philyaw said. And who was “this badass woman who made him sign a contract? Devices? What kind of devices? There was a whole world of sex out there, and Prince was telling me about it.”

He was unabashed, unashamed, “and he talked about God. I didn’t know you could do all that,” said Philyaw.

If God one day struck me blind

Love is too weak to define

Just what you mean to me

After his death, Prince’s former stylist, Michaela Angela Davis, told CNN, “Every song was either a prayer or foreplay.”

Tim Gordon, a radio producer in Washington, D.C., since 1996 says we’ve always felt the sacred exultations in Prince’s secular music. He was in California during the early 1980s and says for him, only two people existed, Prince and Michael Jackson. “I went to see Purple Rain when it first came out and I sat there stunned,” Gordon said. “I ran out of the theater, then got back in line and watched it again.

“There’s a deep spirituality that floats through his music,” Gordon said. It’s why black people “and specifically women connect with Prince in ways they never connected with Michael Jackson.”

He recalled an image of Prince in a raincoat, bikini underwear and a bandanna around his neck. As a guy, “It took four songs to get past the visual and be like, yeah, that’s my dude,” Gordon said. “He gave black men permission to have that look,” to be pretty, to look effeminate, to sport purple satin, and still bed the baddest women.

You know there ain’t no other

Who can do the duty in your bed

Joan Morgan, a writer and cultural critic, has lectured on the need for black feminists especially to develop “a language for the right to pleasure.”

When reggae musician Bob Marley died, she said, as a Jamaican girl, she didn’t think there was anything that could be more devastating. “But he was external to me. Bob Marley wasn’t really sound-tracking the life of a 16-year-old.” Her life was not in dialogue with his, the way it was with Prince.

“I’ve seen him several times,” she said. “If you asked me am I attracted to 5-foot-2-inch black men in 6-inch-heel purple boots with diamonds on them, I’d be like, hell no!” But with Prince, you could feel yourself carnally respond in ways that your intellect and sense of logic tell you you shouldn’t. She recalls Prince crediting his audience, for taking these leaps with him. “We wanted him to challenge and help shape our ideas about sex and love and romance and gender.”

It was something Morgan says she didn’t fully understand until she stood outside the Apollo theater in Harlem after Prince died, “and I was watching grown men dance to him and scream for the DJ to play “Adore,” and the way they danced to “Sexy MF.” I was like, Oh! Prince is doing it for y’all, too.”

He was our ecstatic.

In a Prince tribute, TV and radio talk host Steve Harvey talked about “Adore”on his radio show and dedicated the song to his wife. My husband sang it to me in the car as it played. It had been the first dance song at our wedding six months before.

As always, that line, arguably his most famous, made it through on the radio.

I ain’t f—— just for kicks, no / This condition I got is crucial, crucial baby

It’s hard to put language to why he was able to get away with that, Morgan said. It’s part of the same reason that he was so deeply personal to us, and why his loss is so huge. Shine a light above your head. Wave it from side to side. It’s the same reason that today, on the anniversary of the release of the movie Purple Rain, some of us wonder if we’ll ever feel soft and wet again.