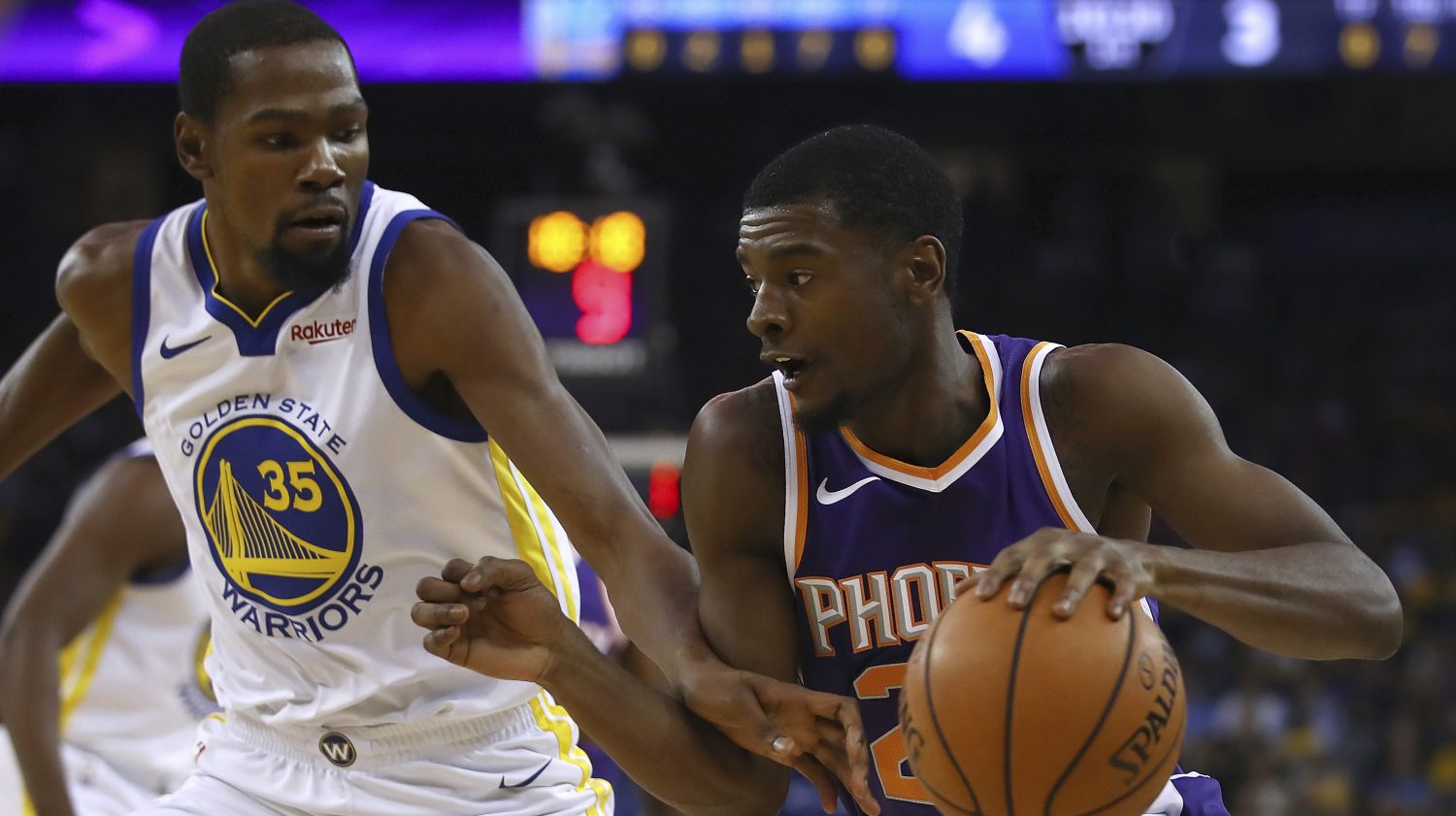 Suns’ Josh Jackson Diary: Getting hyped for the new season

The pressure of living up to the hype of being the fourth pick in the 2017 draft. The roller-coaster ride of being a rookie in the NBA. The challenge of already having three head coaches in his young career.

In collaboration with The Undefeated’s Marc J. Spears, Jackson will be giving readers an exclusive look into his sophomore season, in his own words. The 22-year-old from Detroit isn’t afraid to say what’s on his mind. He once trash-talked with Hall of Famer Gary Payton while playing for a prep school in Napa, California, of all places.

The following is his second entry. (Read the first entry.)

ANOTHER YEAR, ANOTHER SHAKE-UP

Our GM got relieved of his duties. We found out on our way to the gym for shootaround on Monday.

I got a glimpse of what the NBA life is like when I first came into it last year because, as y’all know, our first coach Earl Watson got fired after the third game. That showed me that it was a business. At any given time, you can be replaced and someone can just come right in and take your job.

It is the same with players. You see it around the league all the time. Guys get traded. You got new guys coming into the league getting drafted. Guys sometimes disappear. You just always have to do your job and control what you can control. Always come to work every day ready to work.

My preparation for the game going to the arena, I got to have some music on. It might depend on what kind of mood I am in. I might have some old-school music on every once in a while. But if I want to be really hyped, I will play some Lil Baby. I get here, stretch, eat something, get my ankle taped, and I go on the court and shoot for about 30 minutes. If I don’t feel really good with my shot during that time, I will stay out there a little longer.

Josh Jackson diary: What I like about my new look, new squad Read now

It was mostly my mom who introduced me to the music when I was growing up. She would be cleaning up around the house and she would play old-school music. It made me feel like I was at home. I kind of want that same feeling listening to that type of music. It definitely makes me feel relaxed. Al Green is my favorite, for sure. I just like the vibe. I sing his songs. He just gets me in a mood when I’m chilling.

Aretha’s passing had an impact on me. The Queen of Soul. Sad to see her go. She left so much behind for us that we still listen to it now. I appreciate her now so much, her love for the art and everything that she did. She opened up doors for new artists to come in and do what they did. That is really what it is all about. You do what you can and try to open doors for other people.

It’s good to see someone come out of Detroit and do big things. We know how hard it is to come out of there. Anybody we see make it out of the city, the whole city of Detroit is supporting them.

LOOKING FOR A NEW SPOT

There is a little thing that I’m dealing with. It was storming in Phoenix for like three days last week. I came home to 13 different spots in my ceiling leaking water all over my floor and my carpet. It is a pretty nice place, but not as nice as it was. They had to knock out the carpet and also the ceiling a little bit because there was mold in there.

Right now, I am in the process of looking for a new house. I am in a hotel right now. I was renting. I got out of my lease. So, any Realtors out there in Phoenix, I need some help.

I can’t wait for the season opener (against the Dallas Mavericks on Oct. 17). We get to play against one of my good friends, Dennis Smith.

Coming into this season, I really want to show people that I have gotten better in the past year and show people I have been working on my game a lot this summer. I am really versatile. I have been working on my point guard skills, my ballhandling and my passing. I’ve been trying to play at that one spot a little more to elevate my game a little bit.

Deandre Ayton is dominant. He’s a monster. He is the No. 1 pick for a reason. Any team in the draft who had the No. 1 pick would have picked that dude right there for obvious reasons. I tell him every game, ‘Nobody can stop you. Go in there with a mindset that no one will stop you.’