Tennessee State’s Lachavious Simmons was selected at No. 227; his teammate Chris Rowland signed a free-agent deal

There was only one player from a historically black college and university (HBCU) selected in last week’s NFL draft, a surprising result for anyone who knows the caliber of the football talent on those campuses.

Part of the reason was the cancellation of the first HBCU scouting combine for draft-eligible athletes who did not get invited to the NFL scouting combine in February. It was canceled because of the showdowns caused by the coronavirus pandemic. It would have given the 51 invited athletes more of an opportunity to perform in front of NFL scouts and evaluators. Pro days for many of the players were also canceled.

So far, several HBCU players have signed free-agent contracts following the conclusion of the 2020 draft.

Tennessee State University offensive lineman Lachavious Simmons, a redshirt senior from Selma, Alabama, was selected as No. 227 in the seventh round April 25 by the Chicago Bears. Simmons got noticed for protecting quarterback Cameron Rosendahl, who set a school record with 241 completions on an offense that generated 400.1 yards per game. Simmons is now the program’s 24th lineman to be drafted. He is the 122nd player selected in school history, second-most all time among FCS schools.

Simmons’ teammate, wide receiver Chris Rowland, signed with the Atlanta Falcons. Rowland finished third in the FCS with 1,437 receiving yards. He showcased his usefulness on special teams as the only NCAA Division I player to score on a kickoff and punt return. He was later named the 2019 Black College Football Player of the Year and Ohio Valley Conference Offensive Player of the Year. 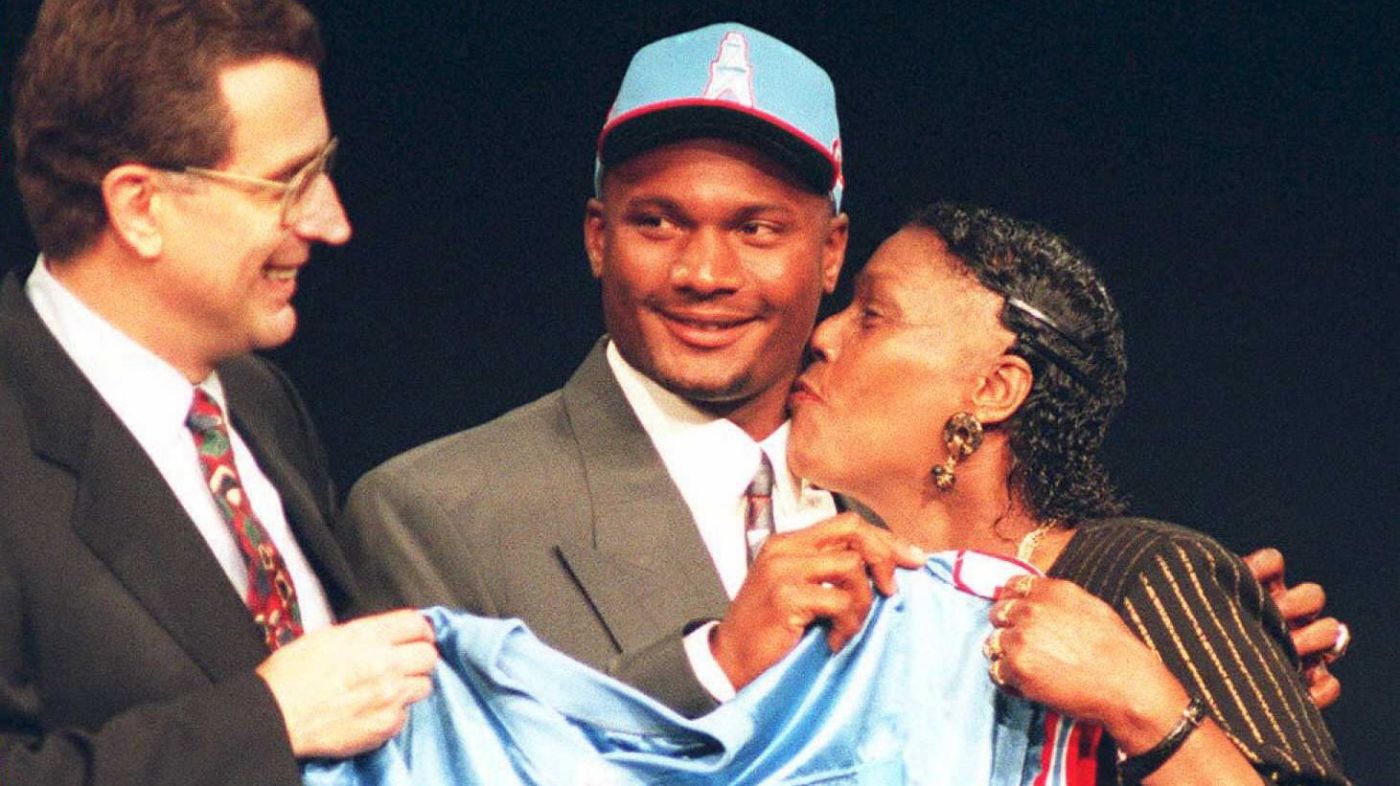 Steve McNair went third in the NFL draft 25 years ago. We may never see another HBCU player go as high Read now

South Carolina State offensive tackle Alex Taylor, the only HBCU player invited to the national combine, signed with the Cleveland Browns. The redshirt senior from Moncks Corner, South Carolina, was a Mid-Eastern Athletic Conference (MEAC) first-team honoree and third-team AP All-American. Some draft projections had him going in the second round. The Bulldogs have put several players in the NFL recently, including Leonard and Alex Brown, who was an undrafted free agent last year and plays for the Super Bowl champion Kansas City Chiefs.

Morgan State University wide receiver Manasseh Bailey, a senior from Capitol Heights, Maryland, signed with the Philadelphia Eagles. Bailey made an impression at the SPIRAL Tropical Bowl in January, recording a 40-yard dash time of 4.39 seconds. Last season, he caught 54 passes for 996 yards and 10 touchdowns. His receiving yardage ranked third in the MEAC last season, and his 996 yards are the second-most receiving yards in a single season.

“I am extremely happy for Manasseh Bailey and his family,” said Edward Scott, Morgan State’s athletic director. “Through his hard work and dedication, he will now have the opportunity to fulfill a lifelong dream of playing in the NFL. His signing along with Josh Miles being drafted last year is a testament to the long-standing tradition of Morgan’s excellence on the gridiron.”

Prairie View A&M University quarterback Jalen Morton, a redshirt senior from Arlington, Texas, signed with the Green Bay Packers. Since becoming the starter in 2018, Morton consistently was among the top quarterbacks in the Southwestern Athletic Conference. The dual-threat quarterback had 5,237 yards passing, 1,579 yards rushing and 65 touchdowns during his college career.

Teammate Jordan Jones, a senior tight end from Frisco, Texas, also signed with the Packers. Jones is a two-time all-conference player and was a favorite target in the Panthers’ passing offense. He had 28 receptions for 497 years, the second-most in school history for a tight end, and four touchdowns last season.

Hampton defensive back Christian Angulo, a senior from Tampa, Florida, agreed to terms with the New York Giants. The transfer from the University of Cincinnati was the Defensive MVP of the Chicago Football Classic with five pass breakups, three tackles and one interception in Hampton’s 41-20 victory over Howard University in September. Angulo is also a second-team All-Big South Conference honoree.

Rice University offensive lineman Nick Leverett, a former All-MEAC lineman at North Carolina Central University, signed with the Tampa Bay Buccaneers. He received honorable mention for the 2019 All-Conference USA team after he only allowed two sacks in 320 passing attempts. The 6-foot-4 lineman was an All-MEAC first-team selection during his sophomore and junior seasons playing for the Eagles.