On MLK Day, Malcolm Brogdon has a personal civil rights leader to look up to

The Boston Celtics guard’s grandfather, John Hurst Adams, was ‘a pioneer in many ways,’ as a bishop, an outspoken activist and a college president

For Boston Celtics guard Malcolm Brogdon, the arrival of MLK Day always brings back memories of another civil rights leader who knew Dr. Martin Luther King, Jr.: his grandfather, John Hurst Adams, who was a civil rights legend in his own right.

“For me, my grandfather is my MLK,” Brogdon recently told Andscape. “That’s the person that really led the way for me, that showed me how to live a decent life, how to be a decent man, and how to impact millions of people.”

Adams was a former bishop of the African Methodist Episcopal Church, an outspoken social justice activist and a former college president. There were respectful headlines all over the nation when King’s college classmate passed away at age 90 on Jan. 10, 2018, in Atlanta. The Brogdon Family Foundation celebrates the legacy of Brogdon’s grandfather with the JHA Project, which supports education for children worldwide through literacy programming, mentoring and experiences.

Adams was born on Nov. 27, 1927, in Columbia, South Carolina, to a father, Eugene Avery Adams, who was an African Methodist Episcopal minister and educator. The ministry was in the family blood, as Brogdon said his grandfather’s grandfather was a preacher, too.

What also was in the family blood was speaking out against social injustice and racism. Brogdon himself spoke at a peaceful protest march in his hometown of Atlanta after George Floyd, a Black man, was murdered by police officer Derek Chauvin in Minneapolis in 2020.

Brogdon said his grandfather’s passion for civil rights was actually sparked by the Ku Klux Klan during his childhood.

“His grandfather was involved heavily with the church as well, and I guess the wrong people in the town didn’t like it,” Brogdon said. “So, the KKK came and burned crosses in their backyard. So, I remember him telling the story of how they woke up and the front yard was on fire because the KKK had just come. And I know that’s one of the stories that, as a child, really lit a fire for him…

“My family, my grandparents have always been outspoken, my grandmother as well. She’s still here, and she tells stories of white folks in the town when they were growing up, and my mom and my sisters, were calling the house and threatening to kill them while my grandfather was away traveling.”

“My grandfather talked about how brilliant King was. Just what a leader he was. The charisma he had. And just his amazing life,” Brogdon said.

Adams was also a regular at marches led by King, Brogdon said. He was instrumental in helping the NAACP organize the first King Day at the Dome march in 2000 in Columbia, South Carolina, to protest the Confederate flag flying above the State House on the anniversary of the birth of King. The annual event is well known for being a stop for Democratic presidential hopefuls. The Confederate flag at the South Carolina State House was taken down in 2015.

“My grandfather was a pioneer in many ways,” Brogdon said. “You hear about the Dr. Kings, the Malcolm Xs, the Marcus Garveys. But there were a lot of African American men and women that were instrumental. And with the progress that we made in civil rights and beyond, my grandfather was one of those people.” 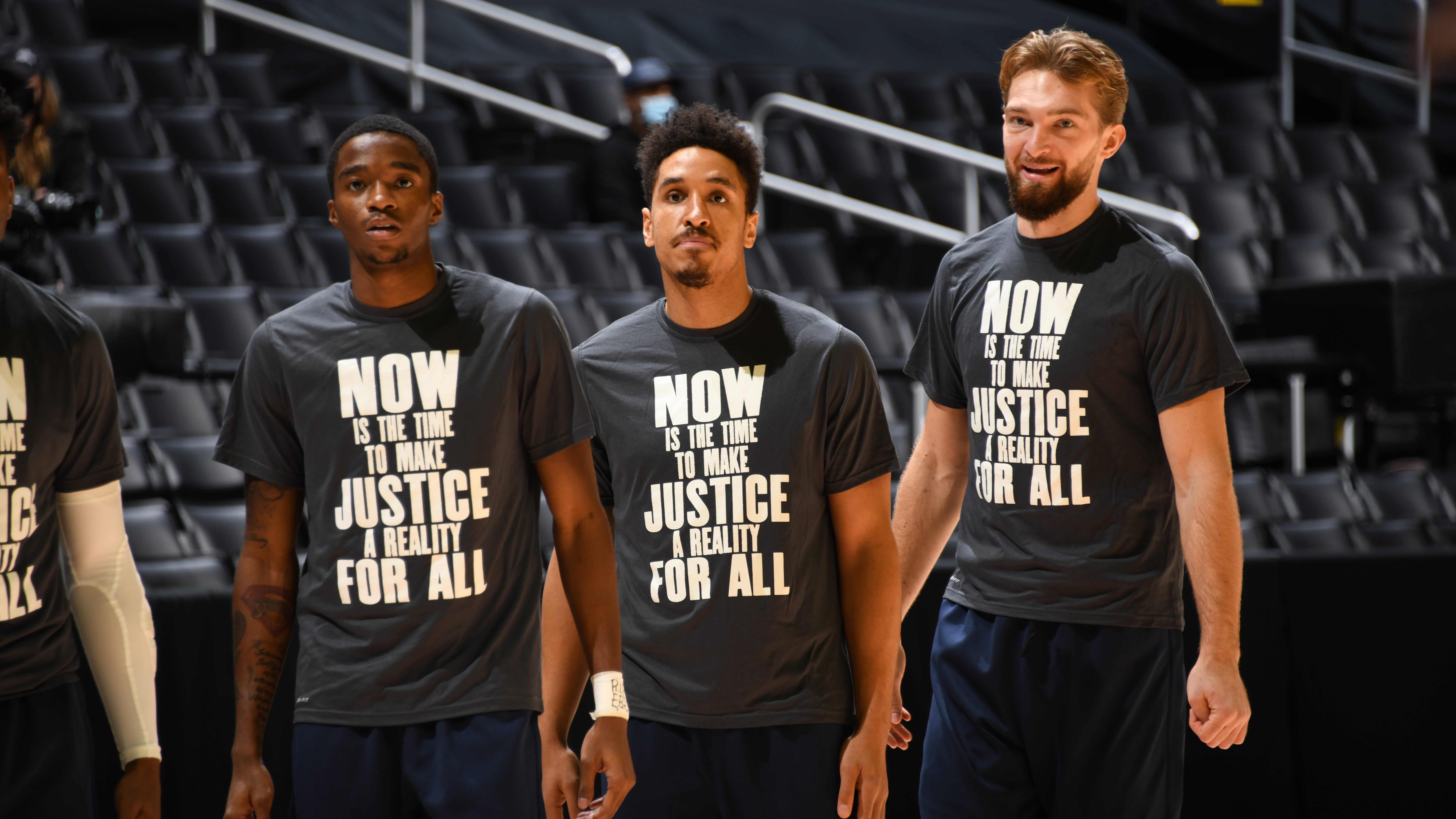 The NBA will celebrate MLK Day with a nine-game slate today. It opens with Brogdon and the Celtics playing against the host Charlotte Hornets. Brogdon, who was actually named after human rights activist Malcolm X, considers it an “honor” to play on King’s holiday.

Brogdon’s grandfather became very fond of the Celtics, beginning when he was going to school in Boston because he was a big fan of their former patriarch and head coach Arnold “Red” Auerbach and star center Bill Russell. Brogdon was traded from the Indiana Pacers to the Celtics on July 9.

Brogdon wishes his grandfather could have seen him play for his beloved Celtics.

“He loved Red Auerbach and Bill Russell. Loved them,” Brogdon said. “I’m not sure he went to their games when he was here. But Red Auerbach was always his favorite coach of all time. And then when I came here, my mom called me. She was like, ‘You know, your grandfather would be up there dancing in heaven, because you’re with Boston now.’ ”

“Every time I was in an AME setting or a church setting, people would come up to me and be like, ‘your grandfather, the bishop, he’s an amazing guy.’ Or ‘He was an amazing man.’ People still tell me that. He left a footprint in this country, and a lot of cities in this country.”

Like King, Adams is also a storied civil rights leader with his impact mainly in Seattle.

“The mantle of being the nosy spokesperson fell to me for many reasons,” Adams once told the University of Washington in 2005 about his time in Seattle. “One, I was the pastor of the largest congregation in the Pacific Northwest. Therefore, I had some clout that I did not earn. I inherited it because I was at that big congregation. Two, my livelihood was underwritten by Black folks so I could say what needed to be said with impunity. And so, I did…

“Now, everybody at First AME Church did not agree with me. And eventually, most of them did. But initially I met some resistance to being that kind of pastor.” 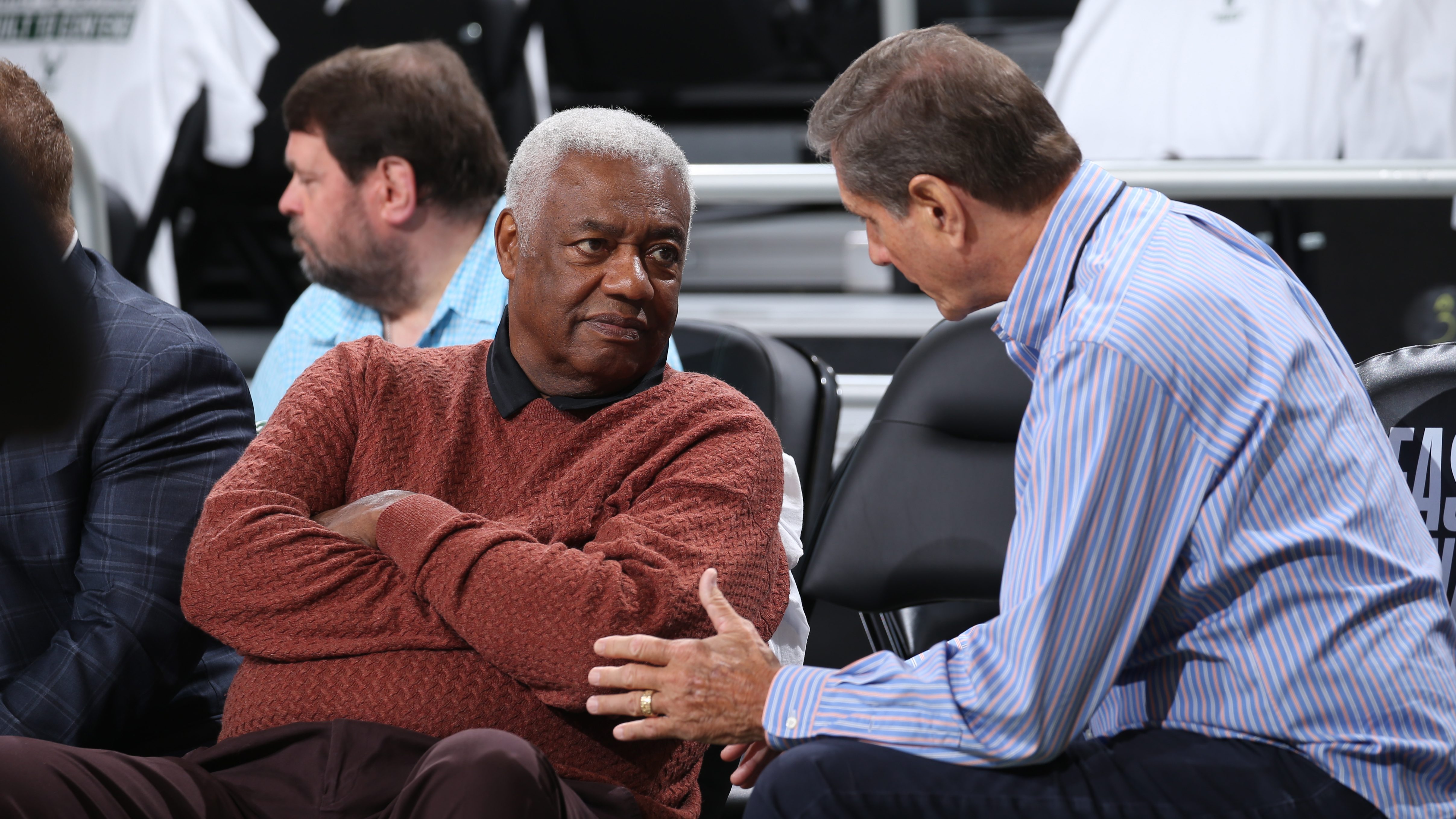 ‘I never thought about giving up or quitting’: Oscar Robertson on MLK’s legacyRead now

Brogdon added that his grandmother used to get angry, threatening, and racist phone calls with people threatening their family for her husband being outspoken about racism.

“My grandfather was very aligned with Dr. King. Very aligned with peaceful protest, that being the way to desegregate this country, to get Black people equal opportunities and rights. But that was definitely his path,” Brogdon said.

Adams moved to Los Angeles in 1968 where he became pastor of Grant AME Church in the Watts neighborhood. In 1972, he was named the 87th bishop of the African Methodist Episcopal Church. Adams had served as bishop of five separate Episcopal districts, including his home district in South Carolina from 1992 to 2000, before retiring in 2005 and moving to Atlanta.

Adams served as a member of the board of trustees for the Interdenominational Theological Center in Atlanta; Allen University in Columbia, S.C.; Edward Waters College in Jacksonville, Fla., and Morris Brown College in Atlanta. The Alpha Phi Alpha Fraternity member was also the founder and chairman emeritus of the Congress of National Black Churches. His name is also on an administration building at Paul Quinn College and an athletic facility at Allen University.

The importance of education has always been stressed by Brogdon’s grandfather on his family. Dr. Jann Adams, Brogdon’s mother, received her B.A. in Psychology from Oberlin College and Ph.D. in Clinical Psychology from Indiana University. She is now Morehouse College’s Associate Vice President for Leadership Initiatives. Malcolm Brogdon has earned degrees from University of Virginia’s College of Arts & Sciences and the Batten School of Leadership and Public Policy.

“Every time I was in an AME setting or a church setting, people would come up to me and be like, ‘your grandfather, the bishop, he’s an amazing guy.’ Or ‘He was an amazing man.’ People still tell me that. He left a footprint in this country, and a lot of cities in this country. And on the Black community and the church community overall.”

Brogdon has countless great memories about his grandfather, but his one regret was not asking more questions about his illustrious life.