‘I never thought about giving up or quitting’: Oscar Robertson on MLK’s legacy

For the Basketball Hall of Famer, an early life of segregation and racism shaped his actions for fairness and equality

Through the weekend, the NBA will continue its annual tradition of highlighting the life and work of late civil rights icon Martin Luther King Jr. through various team-based celebrations and a slate of games on the King holiday on Monday.

While many of today’s athletes take advantage of their heightened celebrity for the betterment of Black Americans, from expanded voting rights to funding for historically Black universities, that freedom to do so was established by players from decades ago.

Boston Celtics center Bill Russell refused to be seen as anything less than human. NBA great Kareem Abdul-Jabbar underscored the hypocrisy of America demanding undivided allegiance from a Black populace that has been subjugated for centuries.

For Oscar Robertson, the Basketball Hall of Famer who is credited with securing modern-day free agency for players, an early life of segregation and racism shaped his actions to promote fairness and equality.

The first overall pick of the Cincinnati Royals (now the Sacramento Kings) in the 1960 NBA draft, Robertson is the grandson of enslaved people and the son of sharecroppers. He was born in 1938 in rural Tennessee in a country that didn’t recognize his humanity as a Black person. Due to Jim Crow segregation in the South (Robertson wasn’t allowed to attend grade school in his own town), Robertson’s father moved the family north to Indianapolis in search of equality. Instead, they found housing discrimination and the Ku Klux Klan.

And while racial segregation allowed Robertson to live in relative peace in his all-Black neighborhood and at his all-Black grade schools, it also hardened him for a life and career in sports that, like the rest of America, was still coming around to the idea of Black social progress.

He spoke out when he wasn’t allowed to sleep in the same hotels as his white teammates. He publicly opposed apartheid in South Africa. And as possibly the most direct result of King’s message, Robertson became the face of labor rights when he successfully sued the NBA to pave the way for free agency in professional basketball.

The Big O spoke with The Undefeated about King’s legacy, how Jim Crow shaped his own activism and why he was never swayed from speaking out.

When did you first become aware of Martin Luther King Jr.?

In the early ’60s, when he first got started, I knew Rev. [Fred] Shuttlesworth in Cincinnati, who was very close to him. And we talked about Dr. King and talked about some other people before Dr. King.

What impressed you the most about him at that time?

Dr. King felt that if he did it this way — and it was so successful because he got some great politicians involved and a lot of people around the country involved in it — a lot of people who wouldn’t say anything about it, but they did get involved.

And I was so glad that he came along when he did. I’m glad he persevered because I don’t think a lot of people in the country liked what he was doing at all.

With your background — your grandfather was enslaved, your dad was a sharecropper, you faced segregation and racism in both Tennessee and Indiana — was there any point for you where you’re like, ‘I don’t really prefer this nonviolent approach‘?

I grew up in an all-Black neighborhood in Indianapolis, all-Black high school; man, I was happy. I didn’t go places that I couldn’t go. I didn’t want to go to where I’d get hurt. I went to an all-Black school that had Black teaching, and these people were my friends. I went to church. I was a happy man and we won basketball games. (Robertson and Crispus Attucks High School won back-to-back Indiana state championships 1955-56.) 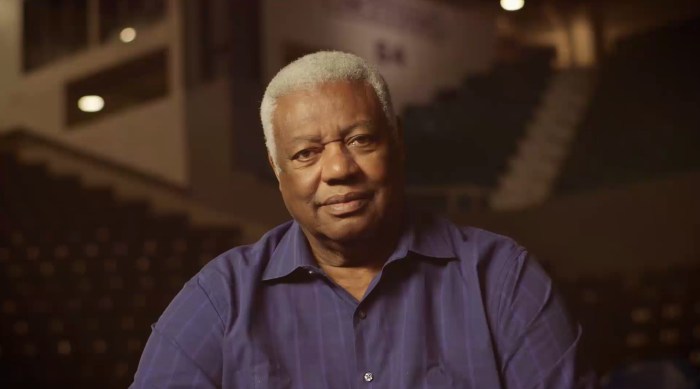 What do you think Black players at the time thought of King?

Jesse Jackson was with [Operation] PUSH and we had Stokely Carmichael, and we had to make sure you got on the right side of whoever was coming. They didn’t want to hear too much about Jesse Jackson or Stokely Carmichael in Cincinnati, per se. Dr. King was well received. He was a Christian man, had great ideas. But he had this mission that he had to accomplish, and he did.

Later in his life, King transitioned a little to economic justice, the Poor People’s Campaign, for example. What impact, if any, did King’s economic justice campaign have on you?

You look at his profile and look at his strategy and what he was trying to do and how he persevered. So you try to negotiate. You want to get into a room and negotiate and get all these things accomplished. Dr. King, with the economic situation, that’s when he faced the worst. He talked about our venture into Vietnam. He got to a point where the hierarchy in the federal government, they hated it. They didn’t like it.

And I can’t imagine — I guess things are going on like that now — a man is doing so much for the country, not for himself, and he’s hated. Because people wanted everything to remain the same. I’ve always said this: I’ve been told many, many, many times that if it remains the same, it becomes stagnant.

How did you learn about his assassination?

I was at a banquet in Cincinnati in 1968. We were there and all of a sudden a person ran in, went up to the podium where the guy was speaking, and they stopped everything and said, ‘Ladies and gentlemen, Dr. King was assassinated about an hour ago.’ And that was it. From that point on you start thinking about things, you start thinking about people who would do that to you just because you’ve got a different viewpoint.

This is someone whose work you had been following for a long time and then what he represented to the country at the time, what did that make you feel to learn that he had been killed?

Made me feel kind of bad. I went home and I told my wife. I just sat down awhile, thought about all the other Black people killed: the [Freedom Riders] marching through the South, and Black people in the ground who’d been assassinated and hung and whatnot. But he topped the mountain.

It was just like a dynamite going off with firecrackers.

After this happens, you help organize a charity basketball event later that year, featuring yourself, Wilt Chamberlain, Lenny Wilkens, Al Attles, among others. You raised $80,000 for King’s Southern Christian Leadership Conference. But outside of raising money, what were you trying to get accomplished with that all-star game?

It was just a small drop in the bucket, because collectively the owners and the players got together and decided to dedicate the game in his honor. It was a good gesture, but I hope that it was able to influence a lot of other people to do the same thing. And I’m sure it did. But it was a small gesture, to be honest.

We do this a lot in America: When tragedy happens and strikes us, we see a lot of prayers and we say: ‘This is terrible. This could never happen again.’ Boom. What happens? Goes right out, happens again. 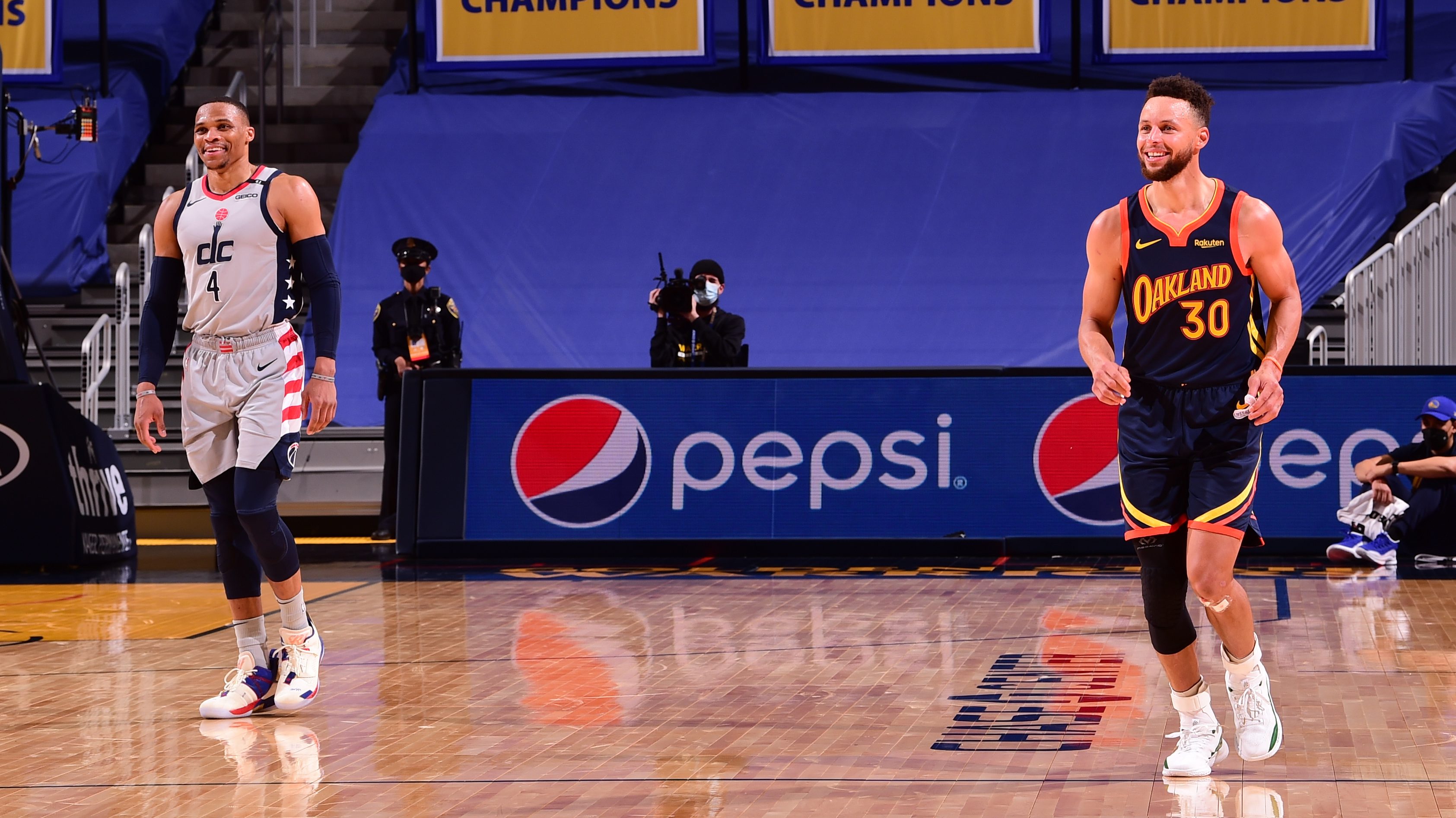 How Russell Westbrook, Stephen Curry and Chris Paul are walking the path of giantsRead now

Were you ever told that, when it came to labor or civil rights, you were asking for too much, too soon?

Of course. I noticed that when this happened, that a lot of the writers sort of were a little indifferent, sportswriters, a little indifferent. I didn’t quite understand it at first. Now when I get older, you understand why they did it, they didn’t like it. And you hear these things, you know, ‘Go back to Africa.’ That was going on a lot as well.

I’m glad I was in sports and that I was a success, because in order to be received to a certain level, you have to be successful for a Black person in this country. I hate to say that, but this is the way it is. Athletes, movie stars and Blacks with a lot of money, and people like you when you’re on the air, you got your voice and whatnot, people respect you because you are able to get to the public. But if you’re not, if you’re not in the public, it’s difficult, very difficult.

Even at your lowest moments, what kept you going?

The days of blatant segregation and those sorts of things are mostly gone. Now, obviously, there’s still forms of systemic racism in the country, but do you see any similarities between what you were fighting against in the 1950s, 1960s and what the current kind of social movement is for African Americans?

I think there’s movement, but there’s movement in the job market because we are needed, we need to fill a lot of these jobs and whatnot. But when you get into decision-making situations of big companies and nonprofit organizations and all the groups of people that really run the country, where are we? Are we noticed? I don’t think so.

They’ve got the Rooney Rule [in the NFL], but they have problems with that. Basketball has done a little bit better. I think that we have to always understand that they want you to a certain point, but when you get into a certain echelon of things, they don’t seem to want your opinion right about anything at all. Some woman told LeBron [James] to play ball and shut up. That’s what they want to do. And I’m so glad that he didn’t take their advice.