The novel ‘Underground Airlines’ is too real 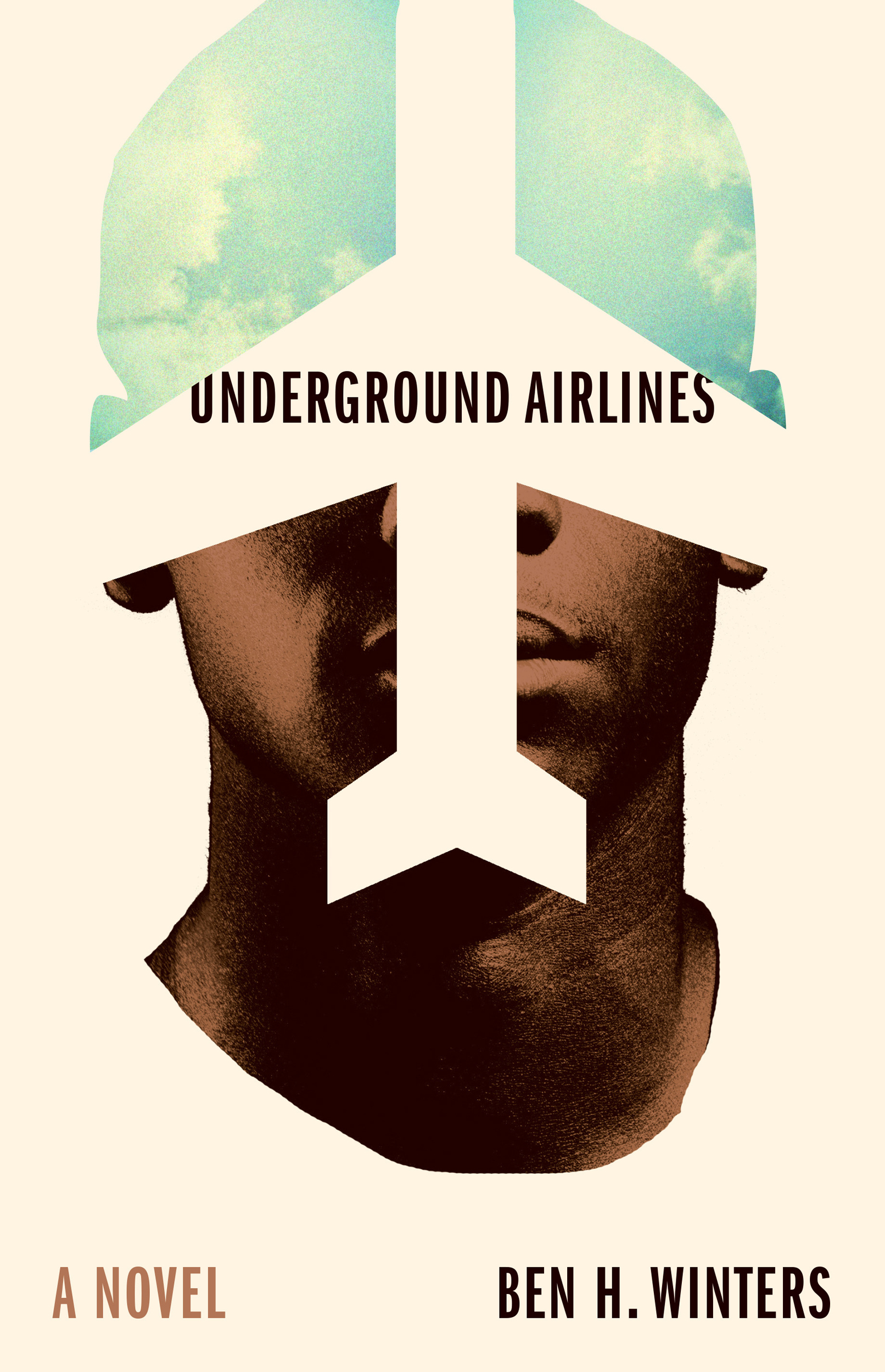 His name is not his name. His life is not his own. His face is an ever-shifting mask. His mind is precariously balanced between the inextinguishable intelligence that allows him to survive as an escaped slave and the crippling pain inflicted by his bondage.

And he lives in today’s America. Not in the past, but in the modern, alternate reality of Underground Airlines by Ben H. Winters, one of the most compelling novels of 2016.

In Winters’ gripping, layered thriller, the Civil War never happened. Slavery remains legal in four states. A man named Victor, who escaped from a plantation as a teen, now finds himself tracking down escaped slaves for the U.S. Marshal Service. Assigned to capture a runaway known as Jackdaw, Victor must uncover and navigate many dangerous truths, from both past and present.

I knew going into the book that it was written by a white man … I couldn’t help but Google the author’s photo just to be sure.

Victor himself is a sensitively rendered hero, painfully enduring the contradictions of his so-called freedom. He employs secret agent tactics one could imagine if Idris Elba (hopefully) played James Bond, while evoking the spirit of classic protagonists ranging from H.G. Wells’ The Invisible Man to Sam Greenlee’s The Spook Who Sat by the Door. I knew going into the book that it was written by a white man, but after the first few chapters with Victor, I couldn’t help but Google Winters’ photo just to be sure. Over email, the Maryland-born author discussed inhabiting a black character, white complicity in racial injustice, his relationship with Octavia Butler’s work, and more.

Why did you choose to create a scenario in which American slavery still exists?

Those two questions are really one and the same, you know? The novel rose out of my powerful and sad sense of all the ways the shadow of slavery hangs over our country. All the institutions and attitudes that were shaped during those centuries are still with us. Like most white Americans, I am not forced to face those facts on a day-to-day basis — the violence and fear of violence reflected in high-profile police shootings of unarmed blacks, but also just the day-to-day inequalities and indignities: housing discrimination, employment discrimination, mass incarceration. All of it. There is no way to untangle these contemporary evils from our historical evil, and I thought that maybe literalizing the metaphor — changing “in a way slavery is still with us” to “slavery is still with us” would be a compelling way to think about the world.

How did you approach the issue of being a white man writing in the voice of a black ex-slave?

As we all know, our country has a long literary history of white people telling black stories and writing in black voices, and a lot of it is pretty gross. It was my aim from the outset to not be one of those. To bring empathy and intelligence to a work of speculative fiction that was also engaged with the great social issue of our time. I did my homework. I read slave narratives, I read contemporary and classic works of African-American literature, I read histories of slavery and the generations after slavery. I talked to friends and acquaintances about their experiences and how those experiences shaped their point of view. The challenge was finding not some broad and generic “black voice,” but the voice of my specific hero, this human being living in this particular time and place. Finding the wariness and intelligence and self-control and steely confidence that would have to be in a guy like Victor — not a man who is black, but a man who has gone through what he’s gone through in his life because he’s black. White people have a responsibility to reckon with the moral legacy of slavery. That’s the tradition this book aspires to.

At the start of the book, a reader could consider Victor an Uncle Tom. That quickly gets complicated. Could Victor be a descendant of the best Tom ever, Samuel L. Jackson’s Stephen in Django Unchained? Seriously, though: Uncle Tom is an enduring but largely two-dimensional archetype in black culture. The Stephen character gave that stereotype a new and undoubtedly historically accurate dimension. So does Victor, in a modern way. Did you think much about the concept of Uncle Tom as you wrote your book?

Wow. I never sat down and thought about it that way — maybe because no one else has asked, which may reflect how few black journalists I’ve been interviewed by — but Victor is certainly a kind of Tom when the novel begins — almost paradigmatically so. He has 100 percent sold out his blackness to serve the most vicious of overseers: the U.S. Marshal Service itself. I think that aspect reflects the influence of [Ralph] Ellison’s Invisible Man. Like my Victor, Invisible Man is constantly forced to redefine who he is, always realigning his sense of self with a new vision of either subservience or independent blackness. Meanwhile, there’s a running idea in my novel, as there is in all spy/espionage novels, of public performance: How do you present yourself in the world? Which persona are you currently using? So I’ve got a hero who is performing as an undercover agent but also putting on different performances of racial identity: Tomness vs. blackness.

What’s the relationship of your book to Octavia Butler’s classic Kindred, which also brings slavery into the present, although in a different way?

Well, like most people who’ve read it, I think Kindred is a masterpiece, and there’s no question it informs this novel. My book collapses past and present, where Butler’s novel braided them together — but both are using speculative elements to engage with American racism. [See also: Colson Whitehead’s The Underground Railroad and Toni Morrison’s Beloved.] When Airlines came out there was a NYT profile of me, which managed to give the impression that I was the first person in history to use genre fiction to address slavery, and the internet decided I had never heard of Octavia Butler. So for the record: I have heard of Octavia Butler! I love her and have written of how much I love her!

“The challenge was finding not some broad and generic ‘black voice,’ but the voice of my specific hero, this human being living in this particular time and place.”

What did you read to prepare for writing this book?

The biggest influence in terms of speculative fiction, even more so than the PKD [Philip K. Dick] or the Philip Roth, is actually Michael Chabon’s novel [2007] Yiddish Policeman’s Union. One contemporary classic by a black author that I loved was James McBride’s The Good Lord Bird, a novel about a young slave who gets mixed up with John Brown and the Harpers Ferry raid. I also have NOT given enough props to Walter Mosley — the Easy Rawlins novels [Devil in a Blue Dress, A Red Death, etc.] are superimportant to me, especially in terms of using mystery fiction to address racial injustice.

If I did my job right, the novel acts on the reader on a bunch of different levels. So hopefully, obviously, you’re immersed in the story, you’re along with my hero on his literal journey and his moral journey. And then underneath that you’re drawn into the idea world of the novel, thinking about what we as Americans and human beings owe to one another. And although for obvious reasons racial injustice is in the forefront, I hope there’s a broader issue of complicity in play. In antebellum America, Northerners were complicit in the suffering of slaves. Now, today, what distant suffering do we abide? Who is sewing our T-shirts, who is making our iPhone screens? I don’t necessarily think people will be thinking about such things while they’re reading — I don’t necessarily want them to be — but in terms of what people might be considering when they’re finished? For sure, I don’t want a reader to put it down going, ‘Cool. Great mystery.’ I hope it’s got more going on than that.