Eric Holder Jr. could spend the rest of his life in prison for murdering the beloved rapper in 2019

Look, I was sittin’ on my Lincoln, I start thinkin’/N—a ain’t gon’ make a hundred mil’ off in these streets and/More than likely I’m gon’ end up in somebody precinct, even worse/The horse and carriage, front the church, laid off in a hearse/I dealt with it/

I ain’t just out here for my health with it …

The verdict wasn’t shocking. Holder’s lawyer, Aaron Jansen, conceded his client killed the South Central Los Angeles rapper, but argued Holder should be convicted of manslaughter instead. As the trial wound down, Holder was attacked in a holding cell by two inmates. But Wednesday’s verdict brings the three-year saga of Nipsey Hussle’s death to a close.

The reality now is what it will be forever: Seeing Nipsey Hussle’s name, presence and legacy in the past tense will never sit right with me. 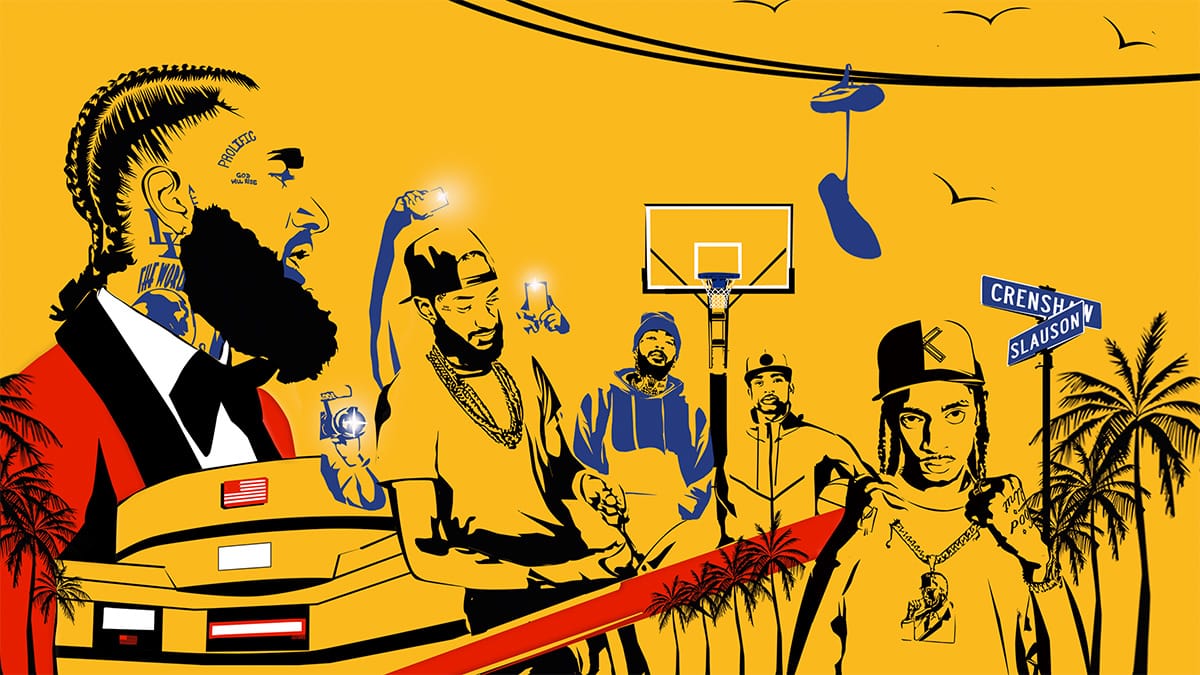 The King of Crenshaw – 30 for 30 PodcastsRead now

The last time I crossed paths with Nipsey Hussle was in February 2019. Earlier that month, he had been joined by his daughter Emani and partner Lauren London on the red carpet of the Grammy Awards in Los Angeles. For a musical career that began more than a decade earlier and had come to embody the mental, emotional and physical grind he dubbed “The Marathon,” Nipsey Hussle’s Grammy nomination for best rap album was a full-circle moment. Though he didn’t take home the trophy for Victory Lap that night — Cardi B won for Invasion of Privacy — all indications were the best was yet to come.

I saw Nipsey Hussle a week later in Charlotte, North Carolina, during NBA All-Star Weekend. We were at an invitation-only J. Cole and Dreamville Records brunch that had somehow carried on into the early evening. He was in the back room, posted up, smoking weed and enjoying himself as projected No. 1 NBA draft pick Zion Williamson’s Duke highlights played on TV screens. What I remember most is the smile on his face. All weekend, NBA players showed him love. Fans flocked to him for autographs and pictures. Back then, Nipsey Hussle wasn’t a superstar, but there was something special about him that went beyond music, gang ties or Billboard stats. He was somebody you wanted to be around.

In Charlotte, he held court some 3,000 miles away from the Slauson and Crenshaw corner that birthed him, turned him into a man, a gang member, neighborhood visionary and, little did we know, the place he’d take his last breath. On March 31, 2019, Nipsey Hussle stood in front of his flagship Marathon Clothing store, posing for pictures with fans in the parking lot. He was there to meet an older friend from the neighborhood who had recently been released from prison and needed clothes. That afternoon, he and Holder had a brief conversation that witnesses called calm. Holder, however, took offense at Nipsey Hussle telling him that word on the street was that he was a snitch. Minutes later, Holder returned and opened fire, shooting him 10 times. An hour later, the man dubbed Neighborhood Nip was pronounced dead.

In rap, we’re conditioned to expect that the murders of high-profile artists, like Biggie Smalls and Tupac Shakur, often go unsolved because part of the culture abhors snitching and has had a longstanding animosity toward authority. Witnesses refuse to cooperate — and given the possible violent repercussions of ’hood politics, especially when it comes to working with police, it’s understandable. Law enforcement — like the Los Angeles Police Department, which targeted Nipsey Hussle, his brother Blacc Sam and the rest of their team — has not historically seemed interested in solving murders of rappers.

Nipsey Hussle’s death shook hip-hop and the world at large for a variety of reasons. Rap was still reeling from Mac Miller’s fatal overdose six months earlier. Nipsey Hussle wasn’t at a Tupac Shakur or Biggie Smalls-level of stardom, but his death reverberated across Los Angeles, the music world and into sports because people connected with his hustle and heart. 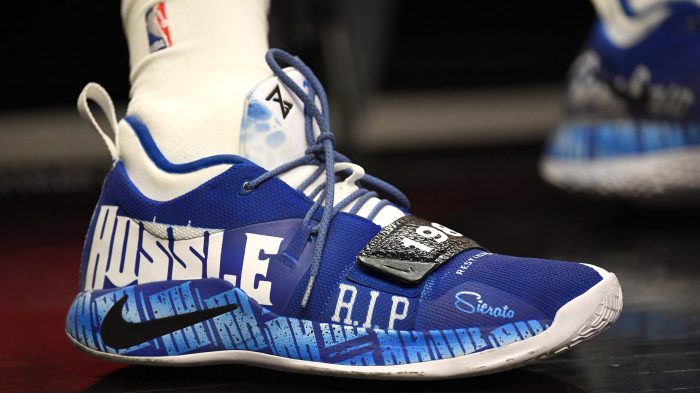 For many in the NBA, continuing Nipsey Hussle’s marathon is a lifelong responsibilityRead now

For some, it was Nipsey Hussle’s music and relentless commitment to not only improve, but also showcase his talent in innovative ways (i.e., selling the Crenshaw mixtape for $100 a pop). Some found a deep reverence for the respect his name carried in the streets of Los Angeles among rival gang members and sets. Others, like former President Barack Obama, connected with Nipsey Hussle’s love of and investment in his community that involved everything from clothing stores, coworking spaces for local entrepreneurs and Too Big To Fail, a science, technology, engineering and math program that would build a bridge from Crenshaw to Silicon Valley. His business acumen attracted a diverse array of admirers, from native Angelenos to Jay-Z and even Forbes magazine, which once dubbed him “independent music’s next mogul” and a future “real estate mogul.” Others, like myself, admired his commitment to fatherhood.

Nipsey Hussle, in his own words, “decoded the Matrix” that told him for years he’d never amount to anything other than a statistic or a Rollin’ 60s Neighborhood Crip whose death, however violent, was deserved. Whatever society told him was the value of a Black life, he took that fatalistic discount and told his community their lives were invaluable. That their wildest dreams and hopes couldn’t be determined by the flaws of the realities they were dealt.

This is why Wednesday’s verdict matters so much.

The truth is complex. Anyone impacted by gun violence deserves justice. Nipsey Hussle’s family, friends and supporters deserve closure — or the closest thing any of us can ever get to it after such a tragic death. “Closure,” like “justice,” is subjective. Yet, even after this verdict looms the weight of reality. Two families are forever fractured. Two Black men’s lives are over — one literally, and the other effectively. Holder’s impending sentence does nothing to heal the scar that is Nipsey Hussle’s absence. Holder could be sentenced to the next one thousand lifetimes and it still wouldn’t bring Nipsey Hussle back. 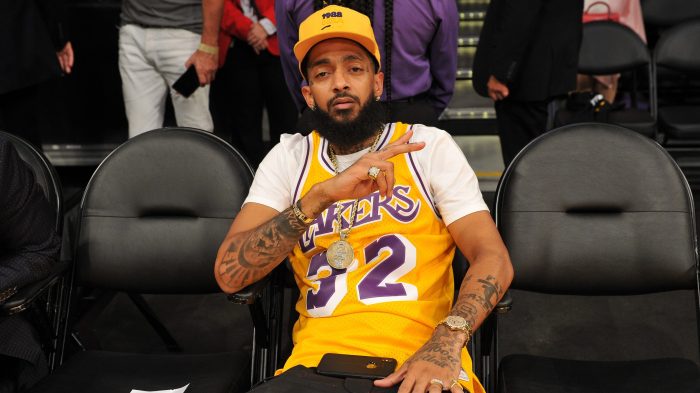 Nipsey Hussle loved the culture — and basketball was his favoriteRead now

Real “justice” for Nipsey Hussle, his loved ones and fans would be never needing a trial in the first place. Never having to make funeral arrangements. Never experiencing the pain and mourning that commenced on March 31, 2019.

For me, this moment hurts just as much as it did when I learned Nipsey Hussle took his final breath on the same concrete he pledged his time, money and life toward. It’ll hurt 50 years from now because it should.

For the last two months, I’ve listened to one song every single day. It’s Kendrick Lamar’s “The Heart Part 5.” In the last two verses, Lamar pays homage to his fallen friend, allowing Nipsey Hussle to speak directly through him. “I can’t stress how I love y’all,” Lamar raps from Nipsey Hussle’s perspective in heaven. “I don’t need to be in flesh just to hug y’all.” It’s what rap needed to hear. And it’s what I needed to hear — especially now.