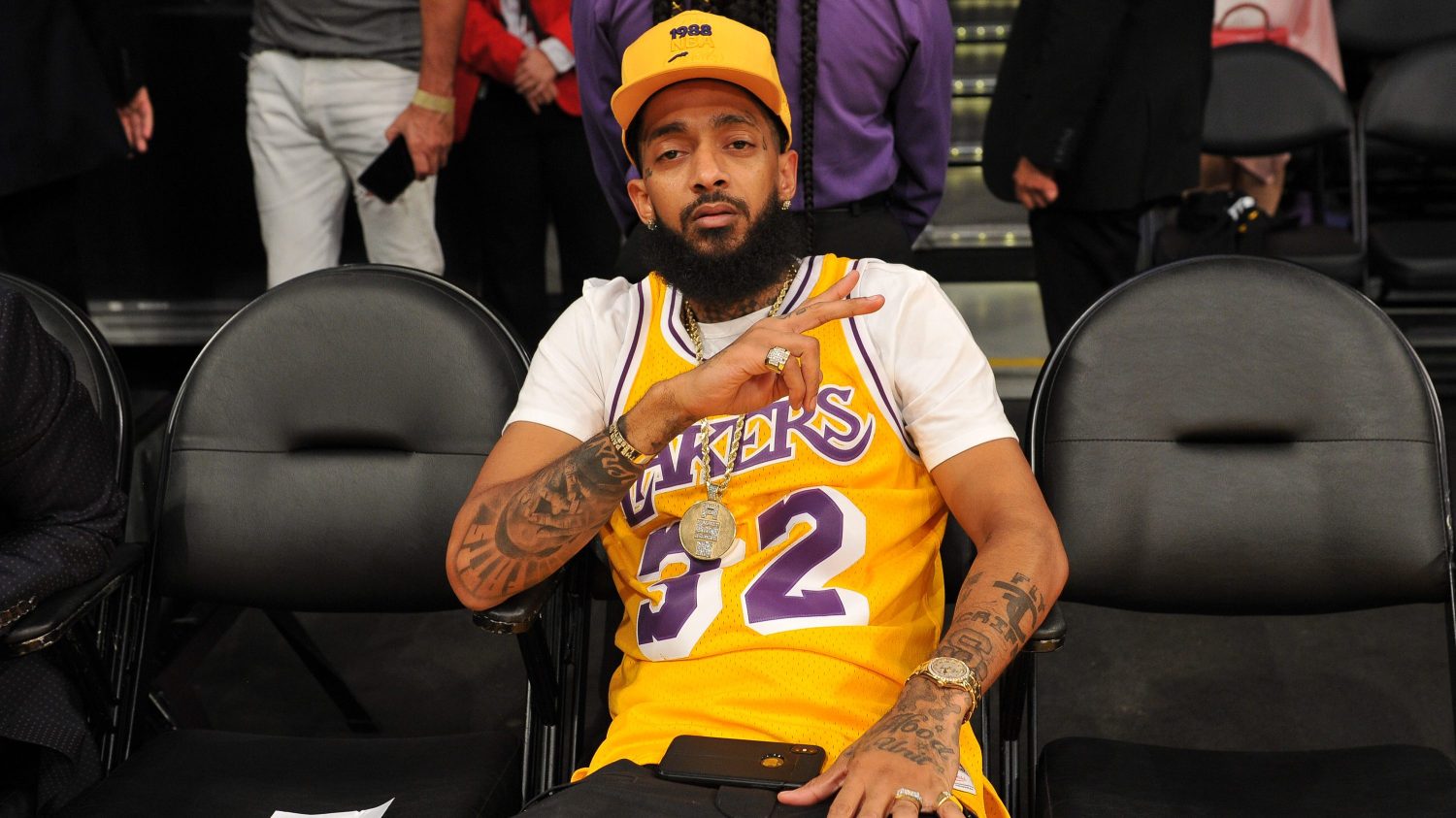 Nipsey Hussle loved the culture — and basketball was his favorite

Tragically, the artist went from courtside to being inked on players’ shoes in remembrance

By The Undefeated Culture Staff
April 2, 2019

From celebrity basketball games to Los Angeles Lakers games with Young Jeezy and YG, Nipsey Hussle was an unabashed lover of basketball and a huge fan of his hometown team. Legendary Laker and current president of the franchise’s basketball operations, Magic Johnson, mourned Hussle yesterday. “I was so proud of Nipsey Hussle,” Johnson wrote on Instagram, “who became an astute businessman and created jobs for people who lived in South Central.”

The relationship between the game and the Grammy Award-nominated Hussle was deep: He performed at halftime at the Staples Center; helped Russell Westbrook‘s foundation at Thanksgiving; partied with James Harden and Baron Davis (and Odell Beckham Jr.); and refurbished, with Puma, a basketball court in his own beloved Crenshaw neighborhood.

Most indelible, though, are the many images of Hussle and his longtime partner, Lauren London, sitting courtside at Lakers games. They seemed a kind of royalty, yes, but more like good people who made good with their creative work — people who’d created a family with each other. In these troubled times, the couple modeled for us a deep, fun and glamorous love. And then Hussle would stand to chop it up with Denzel Washington, or some other legend.

On Monday night, Hussle’s name was scrawled on the sneakers of NBA players across the league. In remembrance. The sadness and disbelief continue. As Johnson himself said: “Nipsey Hussle’s legacy will last forever.”