After learning about the Smart Set Athletic Club, author Claude Johnson embarked on a two-decadeslong project

By Jesse Washington @jessewashington
May 24, 2022

It all started with an enticing name: the Smart Set Athletic Club.

In 1998, Claude Johnson was working for the NBA’s marketing department when he picked up the book A Hard Road to Glory: A History of the African-American Athlete, by tennis legend Arthur Ashe. One of the Black basketball teams Ashe mentioned was the Smart Set Athletic Club, founded in Brooklyn, New York, in 1904 as the first independent, formally organized Black basketball team. Johnson himself is smart (multiple engineering degrees from top universities), athletic (high school sprinter and wide receiver) and lived in Brooklyn. He wanted to know more about this team, and its era.

As Johnson became engrossed with the history of Black players before white pro basketball integrated in the 1940s and ‘50, he wondered what it would take to produce a Smart Set T-shirt. Dozens of Black basketball trademarks were available, and Johnson started applying for them and making clothes from what he coined the “Black Fives” era. But the throwback jersey craze was nearing an end, and the bottom fell out of that business after the post-9/11 recession. A severance package allowed Johnson to make Black Fives his full-time job, although he wouldn’t draw a salary for years. He kept on collecting artifacts, visiting libraries for historical research, giving talks at schools and doing the occasional apparel collab with Nike or the ’47 Brand.

In 2013, he helped create an installation of several mural-size enlargements of his Black Fives photographs in the Brooklyn Nets’ new Barclays Center — including a photo of the Smart Set Athletic Club. Later that year, he moved away from a focus on apparel and created the nonprofit Black Fives Foundation to research and preserve the history of Black basketball before the NBA. His dedication continued while raising three athletic children as a stay-at-home dad.

All of this led to the publication Tuesday of Johnson’s book, The Black Fives: The Epic Story of Basketball’s Forgotten Era. It’s a magnificent narrative of an era long before the celebrity-driven NBA of today. This was a time when players from the New York Harlemites were on tour in Montana when their car broke down in a blizzard. They walked miles through the snow before being rescued by a sheepherder, then played the rest of their schedule with bandages on their frostbitten hands. (One player’s frostbite later became a fatal case of gangrene.) This was in contrast to the royal New York Rens, who traveled in a bus customized with two wood-burning stoves. 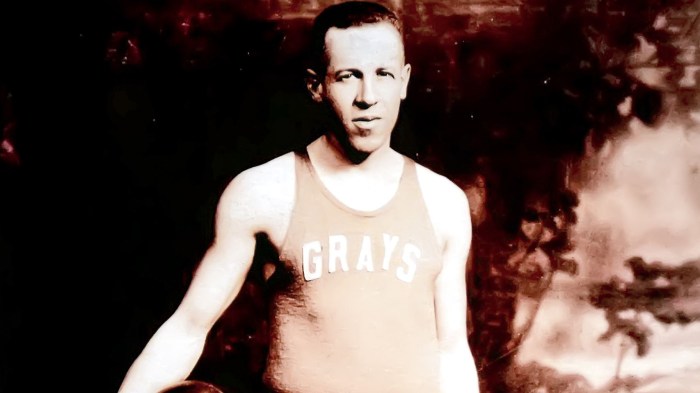 The Black Fives is a detailed and compelling look into a world that most sports fans know little, if anything about. And it marks a vindication of sorts for Johnson, who struggled for decades against doubt and limited finances to keep these stories alive. Now they will never die.

This is not just a book about basketball. What’s the full story you’re telling here?

All my writing started out being about, ‘Hey, this is Black basketball history. It’s important.’ And then I thought, ‘Wait a second, I have to explain everything and put it in context.’ Why were cities up north so overcrowded? That’s why the YMCA took off in America, to deal with overcrowding. Then they didn’t know that tuberculosis or pneumonia were not due to overcrowding, per se, and they thought they could prevent them with exercise, and basketball came into the picture. There were so many things that needed to be explained. What else was going on below the surface? I slowly started to realize, ‘Maybe we’re on a basketball train, but if you look out this window and it’s a scenic ride, you’re going to see Black history going by.’

In the early going, did you ever feel you were the only one who cared about this stuff?

At first, I thought, ‘Well, I don’t care if anybody cares.’ I just found it so fascinating, and it was like a hobby. I also didn’t care that nobody cared because I was able to go on eBay and find artifacts that nobody literally cared about. There would be an item with a starting bid of like $1.99, a ticket stub or a program from a Harlem Rens game. Or I found this pair of leather and canvas handmade basketball shoes from around 1905, they were state of the art back then, or a vintage lace basketball. And nobody would even bid on them. I was ready to pay a thousand bucks for something and would still get it for 99 cents.

Why are the Negro Baseball Leagues so venerated, but this basketball history has not received the same attention?

There were Negro League players who ended up in the majors, and they ended up being stars and All-Stars for many years, like Hank Aaron and Jackie Robinson. There was a reason to celebrate and understand their contribution, or at least their achievements, because so many stats were kept. Baseball is a statistics-driven sport all the way back to its beginning. Whereas in basketball, you’re lucky if you got a box score. In 1950, when the NBA signed its first three Black players, ultimately four Black players, the HBCU conferences were coming into their own and were able to attract Black talent. And then the Globetrotters went off in their own direction, which was primarily entertainment, and overseas. So there was really no reason to look back in time because there was no connection. The NBA didn’t want to recognize the earlier pioneers.

What were some of the characteristics of the Black Fives era in terms of how the game was played?

Many say that the Rens developed the motion offense. You had this all-Black team, and they’re in the middle of Jim Crow, in the middle of the Great Depression, going through the middle of an all-white state like Wisconsin to play in an all-white town against an all-white team. And then beat that team, and then get invited back. The only way you could pull that off is if you made it seem competitive, the local team put up a pretty good fight and it was enough of a show. Spectators would come in for miles around, there was nothing else to do, they’d spend money on restaurants, bars, saloons, hotels, merchants, and these towns needed that business during that time. So these African American teams, especially the Rens, would get invited back so the town could make money. But to keep the score within reason, they had to basically play keep-away. The way to play keep-away was with that weave. 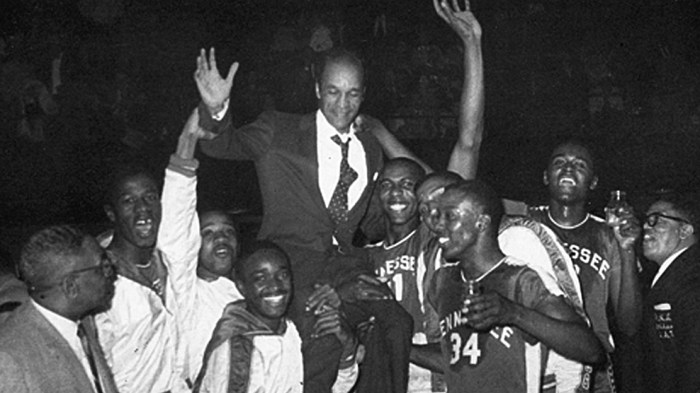 Was there anything in doing the research for this book that surprised you?

What surprises me still is you see the size of this book [427 pages, more than 1,200 endnotes] and it’s just the tip of the iceberg. There are tidbits like the fact that this Smart Set organization, one of the founders was also an executive messenger at Standard Oil, which was John D. Rockefeller’s company. Through that position, they hired other messengers. One of the messengers was this guy Will Anthony Madden, who is on the cover of the book, who came from poverty and eventually rose to become the king of Black basketball during the 1910s, and then lost it all, and eventually died in the 1970s, and was buried in an unmarked grave.

We just ordered a proper tombstone for Mr. Madden. Our mission with the foundation is to research, preserve, showcase, teach and honor. The honor part is, I don’t like the idea of a person of his stature just lying there in a gravesite that isn’t marked.

What’s your favorite time period from the Black Fives era?

I think the most interesting part, and the least-told part, I call it the genesis years. I wanted to go all the way back to the very, very, very, very inception of the beginning. That part is 1904 to the time that the Rens were established and underway. And then it ballooned out into the 1930s where it expanded and you had professional teams, barnstorming women’s teams, one team that was bankrolled by Black numbers racketeers in Chicago. 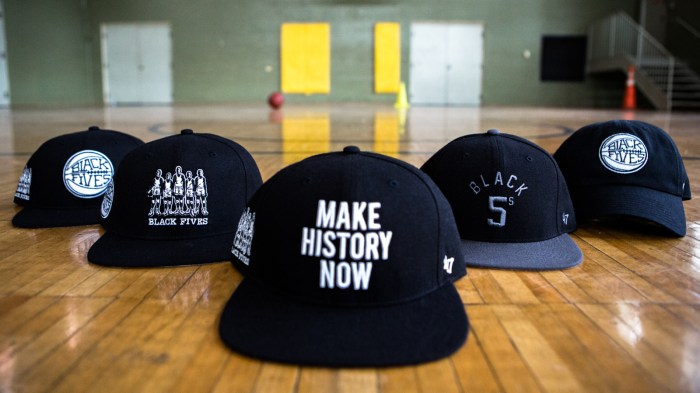 When you know all of this history about where basketball came from, how does that make you feel to see where the NBA is today?

The typical trite, cliche thing to say is, ‘Well, they helped pave the way.’ But I didn’t want that to be all that was said. We should pause and reflect on how difficult their journey was. What kind of mentality they had to have, what kind of grit, what kind of resilience and unstoppable-ness, which isn’t a word, but all those characteristics are still true.