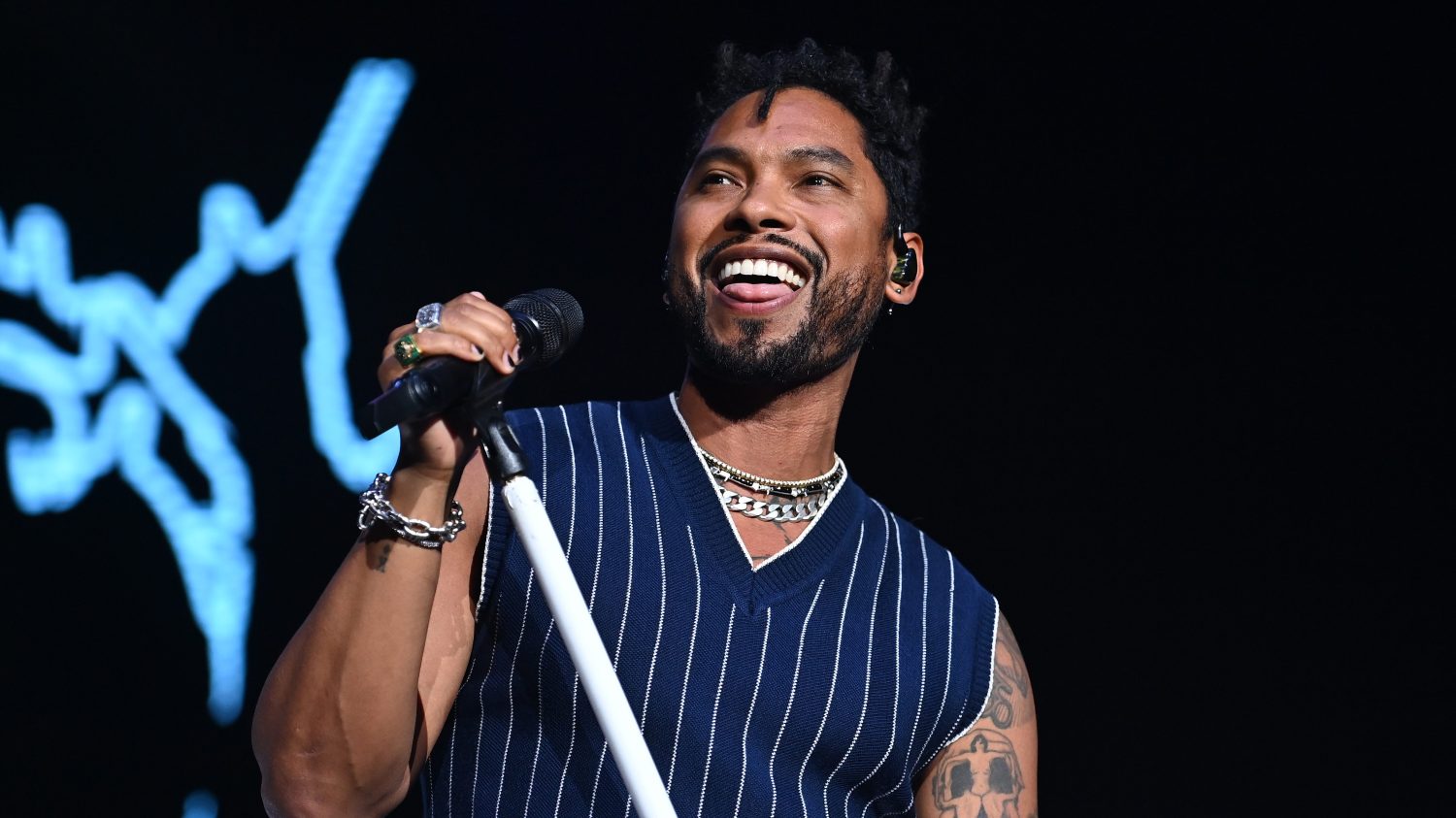 Miguel performs during the 2022 R&B Only Fest in Atlanta on May 28. Paras Griffin/Getty Images
Music

“No, we can do more,” Miguel told a sound engineer during a marathon spring 2012 recording session at New York’s Platinum Sound Recording Studios. The R&B troubadour was dissecting a track for the follow-up to his 2010 debut, All I Want is You and there was a lot on the line.

His sophomore release, Kaleidoscope Dream, was a personal and professional gamble for the then-25-year-old. His first record, a scrappy slow burner, sold modestly. Still, he bristled at attempts by Jive Records executives to push him to play the role of the prototypical crooner of the day (see: Bobby Valentino or Trey Songz). He wanted to make his own way.

Miguel, born Miguel Jontel Pimentel, was raised by a Mexican American father and an African American mother in San Pedro, California. On All I Want is You, he sounded more in his element on the sad boy, electro soul sound of “Girls Like You” than he was on the dance number “To the Moon.” “With my first album, not only was I being misunderstood, I was misunderstood, and it was distracting people from the music,” he told The Fader in November 2012. “Now, I want to make sure that everything I do is the best, most rounded projection of who I really am.” And that projection would be sexy, profane, whimsical, and, at times, dark. 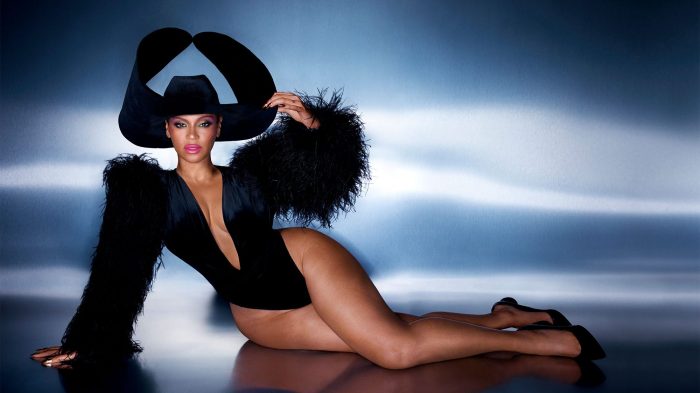 On ‘Renaissance’ Beyoncé is at her curatorial bestRead now

Sept. 25 marked the 10th anniversary of the release of Kaleidoscope Dream, an album in which Miguel shared the adventurous genre-jumping that had Donny Hathaway, Radiohead, Curtis Mayfield, David Bowie, Prince, Grace Jones, Sade, Jodeci, M83 and The Knife all sharing space in his playlist.

The album showcased an artist entering his prime as a vocalist, lyricist, producer, and musician. By December 2012, Kaleidoscope Dream was on a plethora of year-end “best of” lists (topping a ranking from NPR and No. 5 in the Village Voice’s long-running Pazz & Jop top 100).

“The thing I noticed early on was Miguel loved playing his guitar,” said bassist and Platinum Sound founder Jerry “Wonda” Duplessis, whose warm production can be heard on Kaleidoscope Dream. “I love artists who play instruments. And I love artists who are strong songwriters. That’s Miguel. His music puts you in a zone … in his world. That dude is magical.”

A decade after the album’s release, RCA Records president Mark Pitts, who signed Miguel to his ByStorm Entertainment imprint in 2007 when Pitts was president of urban music at Jive, is still raving about Kaleidoscope Dream and its first single, “Adorn,” which was originally introduced on Miguel’s Art Dealer Chic EP series in early 2012.

“I remember the first time I heard ‘Adorn,’ ” Pitts recalled of the triple platinum hit that sounds like it worships at the altar of Marvin Gaye’s 1982 classic “Sexual Healing.” Miguel wrote, produced and recorded it in his home studio in 2011, inspired by his love affair with actress and future wife Nazanin Mandi. His tone is feathery, but there’s some throwback 1970s soul vamping going on as well, especially during the orgasmic, falsetto climax (“You got to know, baby, oh, you gotta know/That I adorn you!”).

“I was on the West Side Highway, and it struck me with such force that I called Miguel immediately,” Pitts recalled. “I said, ‘I don’t care what you send me after this …’ That’s how profound of an effect it had on me. His voice is unlike anything else — it’s an instrument. It’s layered with so many complexities. I knew ‘Adorn’ was the jump-off to something spectacular.”

“Adorn” spent a record 22 weeks at No. 1 on the R&B/Hip-Hop Airplay chart, was nominated for song of the year at the Grammys, and picked up the award for best R&B song. And both Nick Jonas (“Jealous”) and Harry Styles (“Adore You”) owe Miguel publishing money.

Yet to truly understand why Kaleidoscope Dream is the best R&B album of 2012, you have to go back to the time it dropped. Back then, music journalists were all too eager to tag Miguel as an “alternative R&B” visionary alongside other so-called Black music outliers such as Janelle Monáe, the Weeknd, Melanie Fiona, and Frank Ocean. This was a strange era when the Euro electronic dance music movement had the record industry in a chokehold – so much so that even members of R&B royalty such as Usher waved the white flag, recording the stadium-ready single “Scream.” 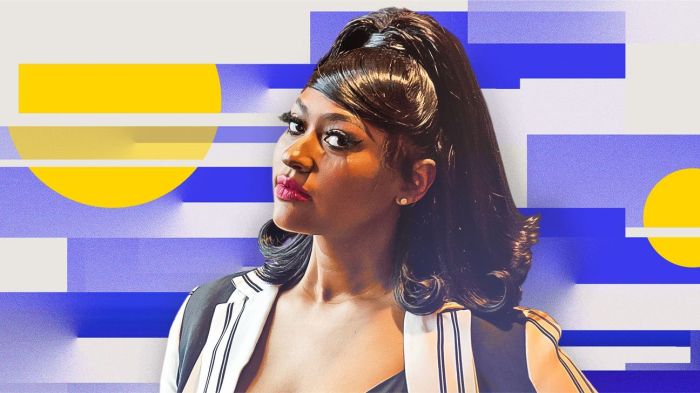 Miguel, however, possessed something that his onetime rival Frank Ocean didn’t: Drop-dead gorgeous vocals. And according to an October 2012 write-up in The Washington Post, he also saw himself walking the same risk-taking path as soul pioneer Sam Cooke, who challenged listeners with the civil rights era statement “A Change Is Gonna Come,” and The Temptations, who flipped Motown’s assembly-line formula with the gritty, near seven-minute soul opera “Papa Was a Rolling Stone.” “There was a time when there was room for individuality in R&B, and people had their own thing,” he said then.

One could argue that Kaleidoscope Dream is the bookend to Prince’s landmark 1980 line-in-the-sand revelation Dirty Mind. On the acoustic song “P—-y is Mine,” Miguel takes notes from his hero’s gift for making outrageously nasty overtures sound downright sincere. “Well, could you just lie to me, lie to me, lie to me so sweet?” he implores amid a bedroom tryst, showing a vulnerability rarely seen in today’s steely R&B.

Miguel’s opener “Don’t Look Back,” nods to the Purple One’s kinky keyboard synthesizer, sparse arrangements and stacked harmonies on 1984’s game-changing “When Doves Cry.” The title track “Kaleidoscope Dream,” which samples Labi Siffre’s 1975 track “I Got The …” (made famous by Eminem’s 1999 hit “My Name Is”), sounds like Miguel took a class in Beat Generation scribe William Burroughs’ surrealist cut up method writing style (“I taste you/Infinite colors/Collide in a fountain/Amidst all the lovers …”).

Meanwhile, the infectious Salaam Remi orchestrated “How Many Drinks?,” featuring a verse from Compton, California’s hip-hop laureate Kendrick Lamar, is about as cocky as a man can get on a song and still be likable. On “Candles in the Sun,” Miguel worries about a cruel world where babies are addicted to crack, heroes get shot, and war, street, and white-collar criminals go riding off into the sunset.

But it’s the provocative soul-pop masterpiece “Do You …” that’s peak “lovable jerk” Miguel. Bro throws in a pickup line that’s both sordid and laughably wholesome. “Do you like drugs? … Do you like hugs?” Is this guy for real?

“He’s for real,” said Duplessis, who co-produced the track. “We locked ourselves in the studio for that one. I don’t think anyone else would have worded it that way.”

Kaleidoscope Dream would eventually sell more than 1 million copies. Suddenly, he was touring with Alicia Keys and getting calls from Smokey Robinson and Mariah Carey. Years later, Miguel’s Kaleidoscope Dream is an essential part of the decade’s pantheon of R&B masterpieces, which include Frank Ocean’s Channel Orange, D’Angelo’s Black Messiah, Solange’s A Seat at the Table, Jazmine Sullivan’s Heaux Tales, Ari Lennox’s Shea Butter Baby and Summer Walker’s Over It, as well as more recent triumphs such as Lucky Daye’s Painted, Steve Lacy’s Gemini Rights and Beyoncé’s Renaissance.

Last year, Miguel released another installment of his Art Dealer Chic series. He’s still the restless spirit who will surprise you with a soulful cover of the Red Hot Chili Peppers’ deep album cut “Porcelain” and then disappear. But his 2012 offering to the R&B gods will always be around to turn a new generation on.“It gave R&B another classic,” Pitts said. “We have rap albums like Ready to Die that soundtracked our lives, but we don’t have a lot of them in [modern] R&B – they’re numbered. Kaleidoscope Dream has earned its inclusion.”