The ‘Martin Reunion’ is a homecoming 30 years in the making

Martin, Gina, Cole, and Pam reunite to talk about the classic ’90s sitcom

Martin was an imperfect show that came of age during an imperfect, but fearless, time. And that’s why the show will outlast any criticism of it. It connected with Black folks in ways few pieces of art ever have. Even in 2022, there’s no icebreaker like a Martin quote. There are too many episodes, too many scenes, too many characters, and too many catchphrases that have long since embedded themselves into the fabric of our lives.

The phrase “for the culture” is used far too freely these days and rarely with proper context. Something or someone isn’t just “for the culture” because it’s cool for a moment — that title is earned because people see parts of themselves and find happiness in what’s being presented. Martin was actually that.

Roughly 10 minutes into Martin: The Reunion, which is available now on BET+, Martin Lawrence spoke poignantly of the show’s impact.

“It makes me feel great. I feel blessed. I feel like I’m doing my purpose,” Lawrence said. “I feel like my life isn’t in vain.” 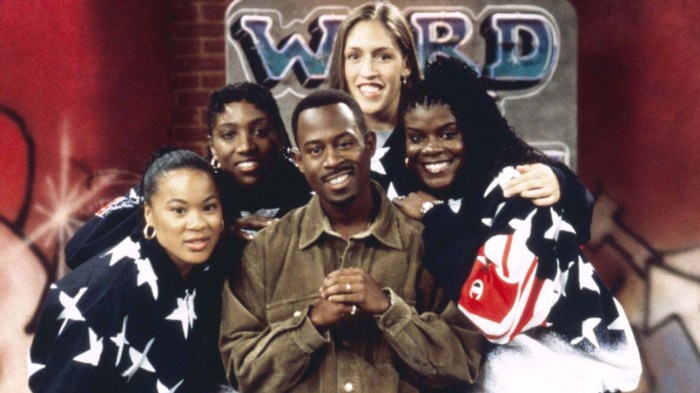 Martin ran for five seasons from 1992-97 on Fox and a cast reunion for many years felt like a pipe dream. The show became a fan favorite due to a motley crew of hilarious characters — a good chunk of whom were played by Lawrence. But it also limped across the finish line in its fifth and final season, thanks to internal disputes. In 2016, Martin also lost one of its brightest lights with the death of Thomas “Tommy” Ford.

Yet, what rings true in Martin: The Reunion is that each of the surviving cast members — Lawrence, Tisha Campbell (Gina), Tichina Arnold (Pam) and Carl Anthony Payne II (Cole) — are at peace in their lives. And each understands just how much their roles have played in generations of Black folks’ lives. Affion Crockett hosts the reunion, and the stars take turns showering each other with praise. Payne, Arnold and Campbell credit Lawrence for forcing them to step up their comedic game, and he said that if it weren’t for them, he would’ve never improved as an actor.

Each of the main cast members started acting long before Martin hit the air. Payne played Cockroach on The Cosby Show. Ford had guest spots on shows such as Law & Order, A Different World, and The Flash. Arnold appeared on All My Children and in the 1986 film Little Shop of Horrors. Campbell starred in School Daze, and she and Lawrence shined brightly in the 1990 cult classic House Party and 1992’s Boomerang. Lawrence was one of the most in-demand standup comedians by the time the show first aired in late summer 1992.

Martin combined the traditional format of a 30-minute comedy with sketch comedy principles. Which is why hearing an inside baseball take on how the show came together from the writers’ room was fascinating — especially the part about how they’d all joke on each other off camera and some of those jokes would make the show. While there were a lot of laughs, Arnold didn’t hold back about how much it hurt her not to be a series regular until the third season of the show, and how that fueled her for the rest of her career.

Martin: The Reunion gives each cast member a highlight reel. With a show that boasts no shortage of knee-slapping moments, there’s a high probability the viewer will say to themselves, “I forgot this one!” at least once — or a hundred times. Guest appearances from characters such as Bruh-Man (Reginald Ballad), Varnell Hill (Tommy Davidson), Miss Minnie (Marla Gibbs), Nipsey (Sean Lampkin), and celebrities such as singer Brian McKnight and rapper Snoop Dogg provide a kick. The cast also confirms a few long-standing urban myths, like “You go, girl!” was actually a homage to Black women created by A.J. Johnson from House Party, and Jodeci had no clue Lawrence would crash their performance on the Hollywood Swinging episode. (The group first mentioned this in a 2014 interview.)

The show’s place in current conversations is complex. As discussions of workplace misconduct, sexual harassment and colorism have become more commonplace, certain pop culture relics have gone under the microscope. On Martin, Lawrence and Arnold’s entire shtick was their mutual disdain for one another. Martin’s constant conflict with Pam compared to his fairer-skinned love interest, Gina, have been thrust into discussions of colorism. This never comes up in the reunion, but Arnold has defended Lawrence through the years. To them, the quips were banter that manifested themselves in classic scenes. In more recent times, those jokes provide entry points to larger societal conversations. (In a 2016 interview, Arnold said she never took any of the insults personally and recalled far more jokes from the writers that Lawrence refused to say on camera.)

However, the biggest elephant in the room that doesn’t come up during the reunion is season five. The show’s final campaign remains difficult to watch, even with a quarter-century’s worth of hindsight. Martin thrived off the chemistry between the characters, and despite the over-the-top funny moments, it was clear the connection the quintet carried in the first four seasons was no longer there. Campbell’s 1997 sexual harassment lawsuit against Lawrence forced the two to film the bulk of their scenes separately. Lawrence has denied any wrongdoing, and Campbell spoke of a conversation she had with him in 2020 — she said there was “nothing but laughter and healing” and that she was glad they were in a “good place.” Campbell also recently told CBS Mornings co-host Gayle King that she and Lawrence both “worked really hard to reconnect and forgive.”

Understanding that context won’t answer every question Martin fans have about the show’s ending. But it does help explain why that particular conversation was never injected into the BET+ homecoming. Campbell said the reunion was meant to highlight “a celebration of everything we accomplished and our growth as human beings.” If that’s how Lawrence, and in particular Campbell, choose to address the situation and how they’ve reconciled, it’s hard to do anything but respect that evolution. The two are clearly in a far better place, emotionally and mentally, throughout the reunion, and it’s almost a competition to see who out-compliments the other. At one point, Campbell even demands that Lawrence be given a standing ovation for everything he’s meant to comedy, both in front of and behind the camera for men and women alike. 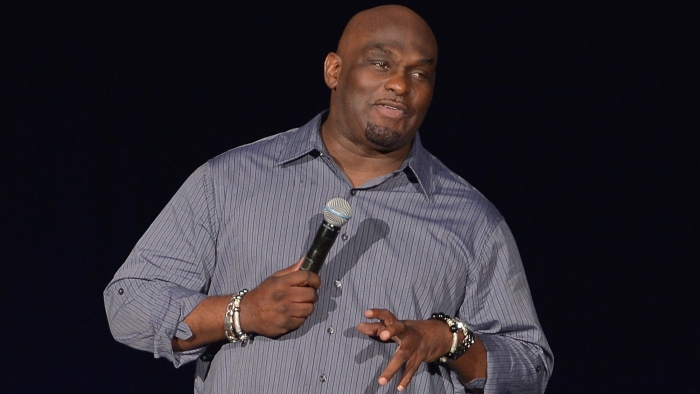 Laughing through the pain of Thomas Ford’s deathRead now

For every heartwarming moment, though, was the pain and grief of speaking of Ford in the past tense. Ford, who played Lawrence’s best friend Tommy, died in 2016. The cast reunited at his funeral, but it was at the reunion that a public memorial service took place — at “Nipsey’s,” no less. With Ford’s wife and kids in attendance, it’s clear that his death weighs heavily on fellow cast members, with Payne nearly brought to tears during the special. Ford was far more than a co-star to them. He was a protector who valued his role as a spiritual adviser for his castmates. He was family.

Thirty years later, Martin is still making people laugh, thanks to nearly daily reruns. Looking back during the reunion, Campbell spoke about the responsibility she and her cast members have carried.

“The legacy of this show is so important to me because we made people laugh. They may not have been having a good go at things. Life may be hard. But for a half-hour we might’ve took the pain away. That means a lot to me, especially when generations upon generations still revere it. So this legacy does mean a lot and I think that’s why we all really came together,” she said. “We may not have understood it at the moment, but we understand the legacy today.”

It might be unfair to say Martin saved lives, but it sure changed them.