Underneath the backlash lies an uncomfortable truth, some people think Black women shouldn’t be at the center of these stories

Ever since Disney announced in 2019 that Halle Bailey would play Ariel in the live action remake of The Little Mermaid, every bit of publicity about the film has been met with outrage over the fact that a Black woman is playing the title character. That fervor came to a head when the first teaser dropped recently, showing Bailey singing “Part of Your World” from the original film. Since then, there’s been an avalanche of fury from mostly white, mostly right-wing outlets who simply hate the idea of a Black Little Mermaid.

While the anger over Disney’s choice is getting the most attention, movies such as The Woman King and the forthcoming Black Panther: Wakanda Forever are also facing backlash and trending hashtags about boycotts. But unlike The Little Mermaid anger, many of those voicing their angst about the other two films aren’t from conservative white outlets. So exactly what do these boycott threats and outrage have in common? They’re aimed at movies centering Black women — a target that unites groups that would otherwise be on opposite sides of the political aisle.

The Little Mermaid backlash was to be expected. Black characters — especially Black women — who take on roles that weren’t originally Black have been a growing source of abuse and anger over the past few years. White audiences targeted Jodie Turner-Smith for playing Anne Boleyn. They came after Anna Diop for portraying Starfire in Teen Titans, even though that character is an alien. Even when Black actors play original characters, they are often harassed simply for existing in spaces where white folk think they don’t belong — like Moses Ingram or John Boyega in the Star Wars universe or Steve Toussaint in House of the Dragon. So a Black woman taking on the role of Ariel in The Little Mermaid was bound to upset the people who despise Black folks anyway. 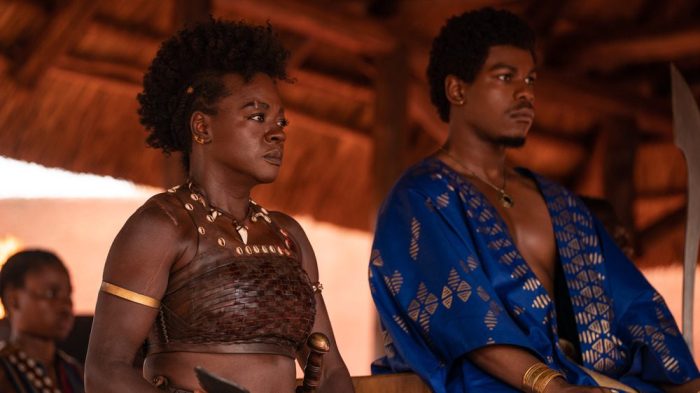 Because, let’s not get it twisted: That’s what this is about. No matter what excuse these anti-Black personalities give for their justifications — which range from pseudoscientific reasoning to made-up mermaid histories — this is about white people who detest the notion of Black women centered in any story, let alone those that they’ve enjoyed as symbols of white pride. Those angered only feel such a deep connection to Ariel’s “heritage” once a Black person dares to infringe upon it.

While The Little Mermaid backlash is easy to explain and, in most cases, ignore as just another chance for some to trout out racist stereotypes, the reactions to The Woman King and Wakanda Forever are more complicated.

The Woman King, which hit theaters on Sept. 16, was always going to be a movie that needed to thread a fine needle between praise and historical facts. The movie focuses on the Kingdom of Dahomey and its all-female fighting force, the Agojie warriors, known for their fearlessness and military prowess. However, the Dahomey were also a cog in the transatlantic slave trade, selling fellow Africans into slavery. The Agojie were also brutal, as detailed in Zora Neale Hurston’s posthumously released 2018 book Barracoon, in which she interviewed Cudjoe Lewis, who had been taken captive and sold by the Dahomey in 1860.

As the movie approached its release date, the real history of the Kingdom of Dahomey started to circulate widely online, with social media accounts popping up to declare they would boycott the movie. #BoycottWomanKing trended during the week of the movie’s release.

The Woman King is not a perfect historical retelling of the Agojie. While the movie doesn’t detail the depths of the Dahomey’s commitment to the slave trade, a central conflict is the kingdom’s role in selling fellow Africans to Europeans, an issue many who declared the movie as anti-Black assumed it wouldn’t address. The film isn’t perfect and is deserving of thoughtful critique, as any form of art deserves. (I was actually more disappointed with the one-dimensional depiction of the Oyo Empire, which also sold Africans into slavery, as money-hungry villains without giving them any deeper motivation or story.)

While this criticism is valid, the full-throated attacks on the movie and its stars feels like a legitimate critique over artistic choices is being used as a means to take down another project with Black women at the forefront. Much of the #BoycottWomanKing hashtag is full of misogyny, anti-gay bias, and newly-created Twitter accounts that only tweet about the movie, indicating that they are most likely bots. Many also come from those who use the #ADOS hashtag or have that acronym, which stands for American Descendants of Slavery, in their profiles. The ADOS group is part of a real movement for reparations for Black Americans, but has been used online as a way to attack Black people, namely Black women, who disagree with their tactics. In this case, their specific criticism is about African Americans celebrating a movie about people who harmed Africans. Those criticisms turn to vitriol and sometimes even threats.

Many of these accounts are the type that perpetuate disdain for Black women under the guise of looking out for what’s best for Black people. We saw the same thing when Harriet was released in 2019. The movie played fast and loose with history, but that legitimate criticism turned into online abuse of the people involved with the film and those who tried to defend it. While these accounts claim to be pro-Black, their treatment of Black women is anything but. Instead they perpetuate the same anti-Blackness of the white voices they swear to be fighting against.

The National Review, for instance, wrote a takedown of The Woman King for its depiction of African involvement in the slave trade, and political commentator and comedian Bill Maher made it a point to bring up that Africans sold other Africans for slavery in a typically simplistic take that conveniently erases the racial element of the transatlantic slave trade and its pervasive remnants that are still felt today.

I’m going to keep my overall reactions to white anger over The Woman King short as it’s clear the movie wasn’t made with The National Review reader in mind. But I must note the irony of people who are angry when slaveholders’ statues get torn down being outraged about a movie that “sanitizes” the protagonists’ role in the slave trade.

I also wonder how many of these people advocating for a boycott of The Woman King in the name of Black solidarity glorify movies such as American Gangster and Paid In Full about real-life men who made millions selling drugs in Black communities. The brutality of many of these men’s lives are also glossed over in Hollywood to ensure they’re the protagonists of their stories. 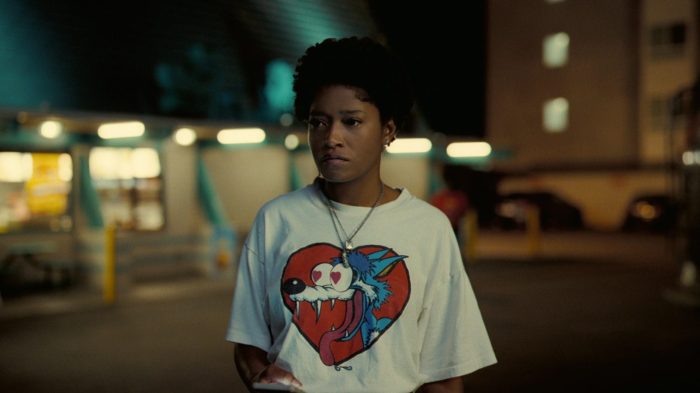 The defiant power of ‘Nope’s’ homage to ‘Akira’Read now

When the Black Panther sequel Wakanda Forever comes out in November, we’ll see the same calls to boycott from anti-Black white folks and pseudo-pro-Black accounts again. We’ve already seen the beginnings of it. Men such as Boyce Watkins (who incessantly body-shames Lizzo and other Black women) have noted that the absence of a Chadwick Boseman replacement coupled with Black women in the lead roles are contributing to some sort of feminization of the Wakanda story. Watkins himself said the movie looks like a “chick flick.” Like The Woman King backlash, the root of the controversy is initially grounded in something real: a desire to see T’Challa’s story continue on-screen. It’s a sentiment I’ve found myself agreeing with at times. But the movement to replace the Black Panther character slips into thinly veiled anger at the fact the movie appears to be centering Black women. #RecastTchalla became #BoycottWakandaForever overnight.

It may be hard for some to imagine Twitter accounts that profess to be about Black liberation sharing much in common with Maher or Breitbart readers. At face value, one seems to be far left and the other far right on the political spectrum. But often that straight line gets bent into a circle with the two opposite sides meeting right at the exact point where they tear down Black women.

When internet personality Kevin Samuels claimed to talk about building strong Black families and uplifting Black relationships, he was really just disparaging Black women and calling them unworthy of love. At the time of his death, he was a leading voice for Black men who pretended to be about the betterment of Blackness, but in reality wanted as large a platform as possible to trash Black women. The complaining about Black women cast in the lead roles in Wakanda Forever under the false pretense of being about Black freedom is no different from the white men who pollute the airwaves with their anger over a Black mermaid under the false pretense of “tradition.”

Unfortunately, attacking Black women knows no political affiliation, race or social status. It’s as omnipresent and vicious as it is illogical. Ironically, such hatred is one reason movies such as The Little Mermaid, The Woman King and Wakanda Forever are necessary. These movies aren’t above criticism — as long as that criticism is about making them better as art and us better as consumers of the art and not as a cynical vehicle to pile on more misogynoir.