Guided by director Gina Prince-Bythewood, Viola Davis leads an ensemble cast in one of the best films of 2022

TORONTO — A queen of England may have died last week, but a new Queen of Cinema was crowned at the Toronto International Film Festival with the debut of the superb action movie The Woman King.

Gina Prince-Bythewood directed the historical epic set in West Africa in 1823. Tony and Oscar award winner Viola Davis stars as Nanisca, a grizzled general and leader of the Agojie. The Dahomey warriors, as they’re also known, are an all-female army responsible for the security of the people of the Dahomey kingdom and its young monarch, King Ghezo (John Boyega).

With a dynamic screenplay by Dana Stevens and story by Maria Bello, The Woman King relies on a classic hero’s journey that takes into account the effects of familial betrayal and sexual violence as factors shaping multiple Dahomey women in the film’s ensemble. The kingdom faces an existential threat: violent encroachment by the rival Oyo empire, with whom they have made an uneasy bargain in exchange for relative peace. The Oyo, who outnumber the Dahomey, are conducting the equivalent of a mafia shakedown. Ghezo must supply a steady number of Dahomey to the Oyo for sale to European slavers. But Nanisca recognizes that this barbaric appeasement cannot forestall greater misery for much longer. The Oyo and the white slavers they enrich must be confronted. Ghezo, an inexperienced ruler who owes Nanisca his life, struggles with the decision, weighing the economic security of the kingdom against an uncertain future. 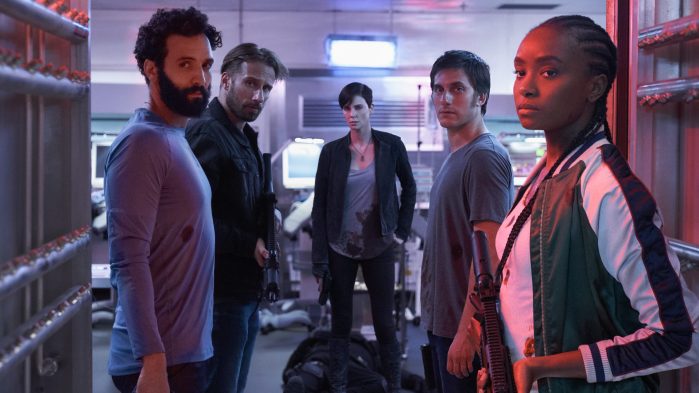 “Let us be an empire that loves its people,” Nanisca counsels him. “[White Europeans] will not stop until the whole of Africa is enslaved.”

The table is set. Nanisca must prepare the best army she can to squelch the Oyo for good. Her deputies, Izogie (Lashana Lynch) and Amenza (Sheila Atim) mentor the new trainees, who include the most promising recruits, Nawi (Thuso Mbedu) and Ode (Tony winner Adrienne Warren). The Oyo leader Oba Ade (a cold, rapacious, and unforgiving Jimmy Odukoya), is Nanisca’s greatest nemesis, a man who kidnapped, tortured, and raped her as a young woman.

This is not the Dark Continent of author Joseph Conrad’s racist, imperialist imagination. Dahomey is an advanced, egalitarian civilization with a complex economy, with style, spirituality, architecture and fashion all its own, where queer eunuchs are regarded as wise, respected members of court. Part of the beauty and strength of The Woman King is that it has no interest in acknowledging the sticky lies of men like Conrad or author Ernest Hemingway, even to contradict them. Stevens and Prince-Bythewood and cinematographer Polly Morgan simply invest their energies in rendering the world of the Dahomey. Varied and intricate adornments of hair, makeup, clothing, and weaponry — as researched and brought to life by costume designer Gersha Phillips and a team of art directors led by Christophe Dalberg — fill every inch of the screen. In many ways, Black Panther walked so The Woman King could run. Even the visual effects are an improvement, blending seamlessly into the broader visual language of the film in the way Black Panther’s Underground Railroad fight between T’Challa and Killmonger did not.

Instead of shouting its radicalism, The Woman King simply embodies it. Consider one of the most significant ideas filmmaker Raoul Peck promulgates in Exterminate All the Brutes, his 2021 four-part historical narrative-documentary on HBO. Peck connects how gunpowder and Western advances in weaponry provided the tools for the European colonization of Africa, with capitalism providing a sustained motive for barbarism.

By contrast, the Dahomey have little use for guns. They are fearless, but not stupid. They sniff at long rifles as an unreliable hindrance — when compared to a machete, expertly wielded — one that makes their adversaries overconfident and slow. They are the people who bring knives to gunfights and win. I was reminded of Danai Gurira’s character Okoye in Black Panther, a member of the fictional Dora Milaje — whose creation was inspired by the Dahomey warriors. During a scene in South Korea she and Lupita Nyong’o’s Nakia breezily dismiss reliance on firearms. “Guns,” Okoye says. “So primitive,” Nakia responds. In The Woman King, as with Exterminate All the Brutes, it is those reliant on guns who are revealed as savage and backward. 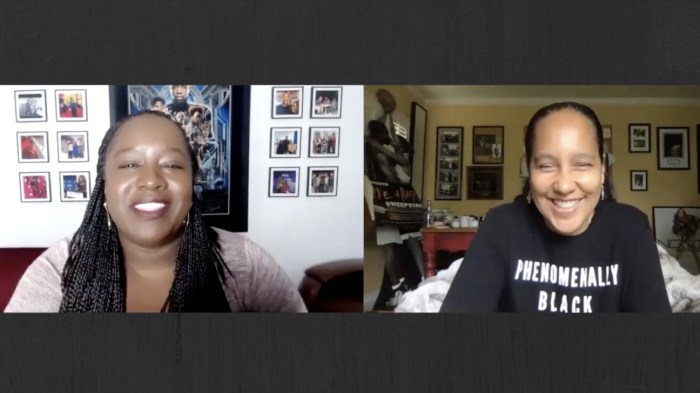 ‘Another Act’: Gina Prince-Bythewood on ‘The Old Guard’ and opportunities for women in HollywoodRead now

Prince-Bythewood’s Africa is lush and teeming with life, an oasis of indigos and ochres, maroons and fuschias, gold and cowrie shells. But it is not a utopia. It is a place of flawed humans. Brutish ones, even, like Nanisca’s rapists, Nawi’s would-be husband who strikes her in the first act, and Izogie’s mercenary mother and the man who was willing to buy Izogie from her. But it is also a world of singular beauty, the beauty of people yet to experience the terror and violence of Western colonization that guns and long-range artillery made possible.

Understanding this orientation is key to understanding the intensity with which Stevens’ script wows and devastates and charms for the whole of the film’s run time of 2 hours and 14 minutes. For every moment of jaw-dropping physical feat, there is a grace note of frivolity, such as the moment when Izogie regards a muddy, sweaty Nawi and queries, “Why have you not bathed? You’re going to bring the buzzards.”

Besides being an epic story about a clash of civilizations, The Woman King is about seeking and finding the triumphant, redemptive, and cathartic embrace of sisterhood in the face of hideous violence. Izogie offers Nawi the kinship of survivorhood, of awakening to the possibilities for women when they realize they can do more and be more than the ghastly acts visited upon them. As a survivor of rape and sexual assault myself, I wept as these scenes of firm tenderness, understanding and care unfolded. It was an unexpected, but welcome, expurgation. That’s what lingers in the mind, long past the incredible fight scenes that illustrate why the Portuguese slaver Santo Ferreira (Hero Fiennes Tiffin) refers to the Agojie as “the bloodiest b—-es in Africa.”

When you’re a journalist, it’s common for stories and people to stick with you long past when you first encounter them. The same is true for actors. Watching The Woman King, I could see its gut-level and spiritual appeal for its cast members, but especially Mbedu. Both Mbedu and Atim had major roles in The Underground Railroad (2021), Barry Jenkins’ adaptation of the Colson Whitehead novel, while Warren previously worked with Prince-Bythewood in Women of the Movement, where she played Mamie Till-Mobley, the mother of lynched teen Emmett Till.

As Cora in The Underground Railroad, Mbedu plays one of many enslaved Black people forced to watch the punishment of a Black man named Big Anthony (Elijah Everett). Big Anthony is first hung by his wrists and flayed until half his body is exposed flesh. While Big Anthony remains alive, moaning in agony, Jenkins pans the camera around to capture the full terror of this public lynching, first with sound, then sight, then smell.

White men begin piling wood at Big Anthony’s feet. They douse it with accelerant. Flames lick at Big Anthony’s body and he screams as they engulf him. The other enslaved people helplessly watch this atrocity, unable to offer a modicum of comfort to him or to each other. Jenkins does more than summon the truth of this horror — he, with beauty and efficiency — communicates the scale of this terrorism as experienced by witnesses like Cora. Perhaps the only thing more sickening than the way his captors make an example of Big Anthony is the way the white slaveholders blithely celebrate the event with tablecloths and fine china, as though they’re spectators at a polo match. This was just one of the atrocities inflicted upon Black people in the United States, regularly, over the course of multiple generations. 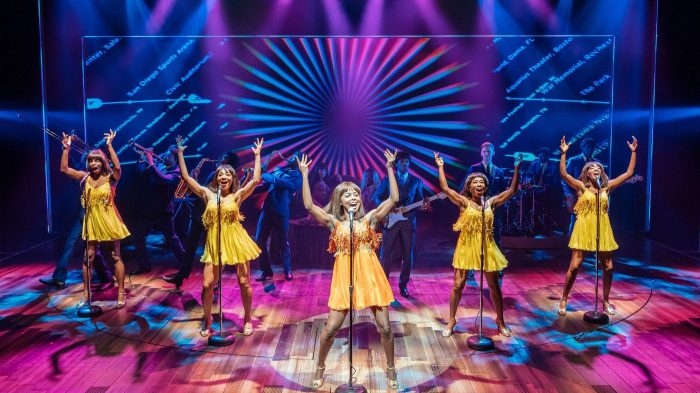 The weight of surfacing truths that others would rather remain buried in ahistorical Lost Cause drivel exacts a toll on the Black artists who embody them, regardless of conservatorial training or trauma-informed counseling. I’ve interviewed enough Black actors to know it is a commonality across the size and scale and quality of projects about enslavement, especially those filmed on the grounds of former American slave labor camps. I wonder if part of the sense of catharsis that radiated through the screen in such a transformational way that I was shaking and weeping through the last roll of The Woman King’s credits — if part of the truth of it was informed by Mbedu’s experience of rendering Cora’s terror in The Underground Railroad. Mbedu plays both roles with equal precision and depth. As both Cora and Nawi, she makes you believe, as Matt Zoller Seitz wrote of the late Michael K. Williams. And what a span of belief it is: from terrorized refugee running for her life in Episode One of The Underground Railroad to fierce, brave, magnanimous and unbreakable warrior by the fifth act of The Woman King.

I mention this for a couple of reasons. Prince-Bythewood is at the height of her filmmaking powers. In The Woman King, it’s possible to see all that she learned on her first action film The Old Guard, and the way she has since ascended to a rare plane of synergized creativity, confidence, vision, and experience. Prince-Bythewood has always made films meant to be seen by big audiences, and The Woman King — her fifth — is no different. But she has always approached them with a care equal to her arthouse counterparts like Jenkins. The challenges they face, particularly with regard to scale, may be different. But the elements necessary to make each type of filmmaking work are the same: a holistic understanding of the medium and a firm grasp of exactly what one wishes to say. 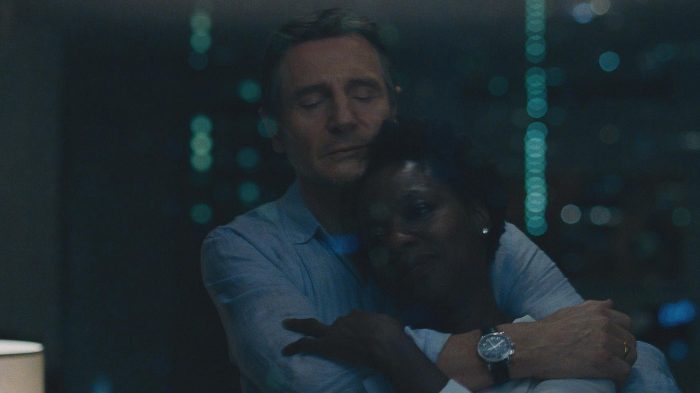 Confidence is what Davis, 57, brings to this project as well. It’s in the way Nanisca leads. But I noticed it as well in the way the Oscar winner, who is a producer of The Woman King as well, works with this ensemble to create a story that is as egalitarian in structure as the Agojie society. Lynch, Mbedu, Atim, Warren, and Boyega are all rising to meet the occasion together with storylines that are as interesting as Davis’, if not more.

That through line of confidence continues in Terilyn A. Shropshire’s editing. My appreciation for Shropshire’s deft hand crested during a scene in a showdown with the Oyo that illustrated the cunning athleticism that made the Dahomey such fearsome and impressive warriors. Ode eludes attack from an oncoming Oyo enemy, trips him, cuts his Achilles tendon, and rams her blade directly into his back. When she did it, I let out an involuntary yelp.

Shropshire and Prince-Bythewood are a long-standing team, working together on each of Prince-Bythewood’s previous features: Love & Basketball (2000), The Secret Life of Bees (2008), Beyond the Lights (2014), and The Old Guard (2020). Besides her work with Prince-Bythewood, Shropshire notably edited the 1997 Kasi Lemmon classic Eve’s Bayou, another film in which sexual violence, particularly incest, is a pivotal element. The combination of Prince-Bythewood’s camera placements and Shropshire’s surefooted cuts mean such scenes never feel lurid or exploitative toward the women experiencing that violence, even as they conjure the visceral horror of what they endure, and the ways it shapes how they exist in the world.
With its epic tale of the solidarity that grows between the Dahomey as they battle against enslavement and exploitation, The Woman King illustrates, with stunning grace, how sisterhood can be more than dangerous and powerful. It is cleansing. Healing. Necessary.