Kevin Durant MLK Classic is more than a hoops experience

SPRINGFIELD, Va. — When Rock Creek Christian Academy took the court to face Norcross at the Kevin Durant MLK Classic, the two boys basketball teams were greeted by three female officials. It was an assignment that was by design.

“Over the course of his life, Dr. Martin Luther King Jr. preached equality,” said Wayne Pratt, Durant’s father and the organizer for the holiday weekend event. “So it was our intent to have the three work the game. And they did a tremendous job.”

Durant, who grew up in the Washington suburb of Prince George’s County, Maryland, began discussions with the owners of the St. James Sports, Wellness and Entertainment Complex in October about the possibility of a MLK Day weekend tournament. As the group went over the logistics, they agreed they wanted to provide a cultural experience for the student-athletes to go along with basketball.

What they came up with was a three-day event that features 16 teams from across North America. Two days of basketball, on Saturday and Monday, with a break from games on Sunday for the teams to visit the Martin Luther King Jr. Memorial and the National Museum of African American History and Culture.

A win-win situation for everyone involved.

Fans got a chance to see local high school teams as well as some nationally ranked squads, including Hamilton Heights Christian Academy (Tennessee), ranked No. 2 in the Xcellent 25 Writers’ Poll, and Wasatch Academy (Utah), ranked No. 4 in the same poll.

The players got a chance to take in the sights and sounds of Washington with the museum trip as one of the highlights. 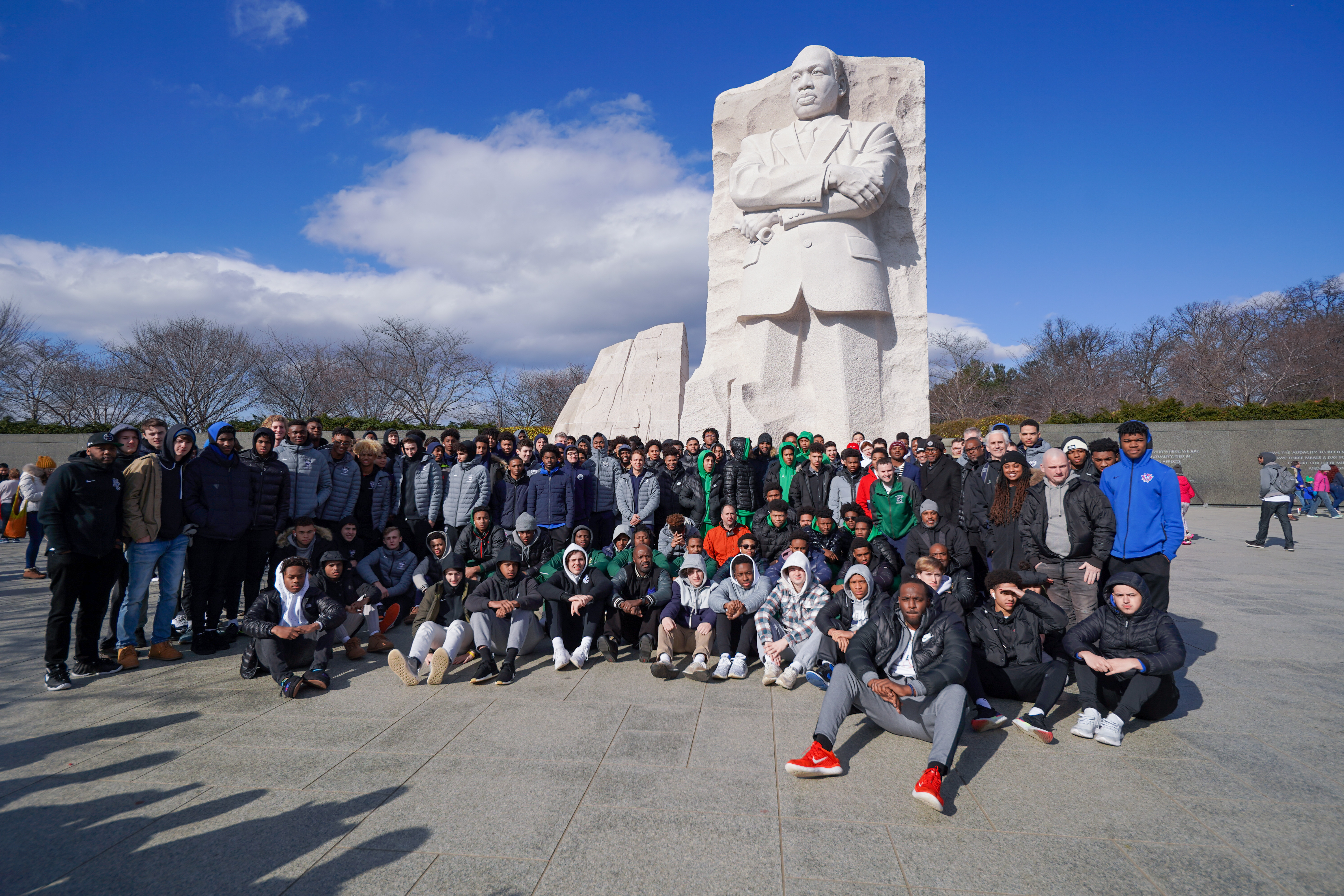 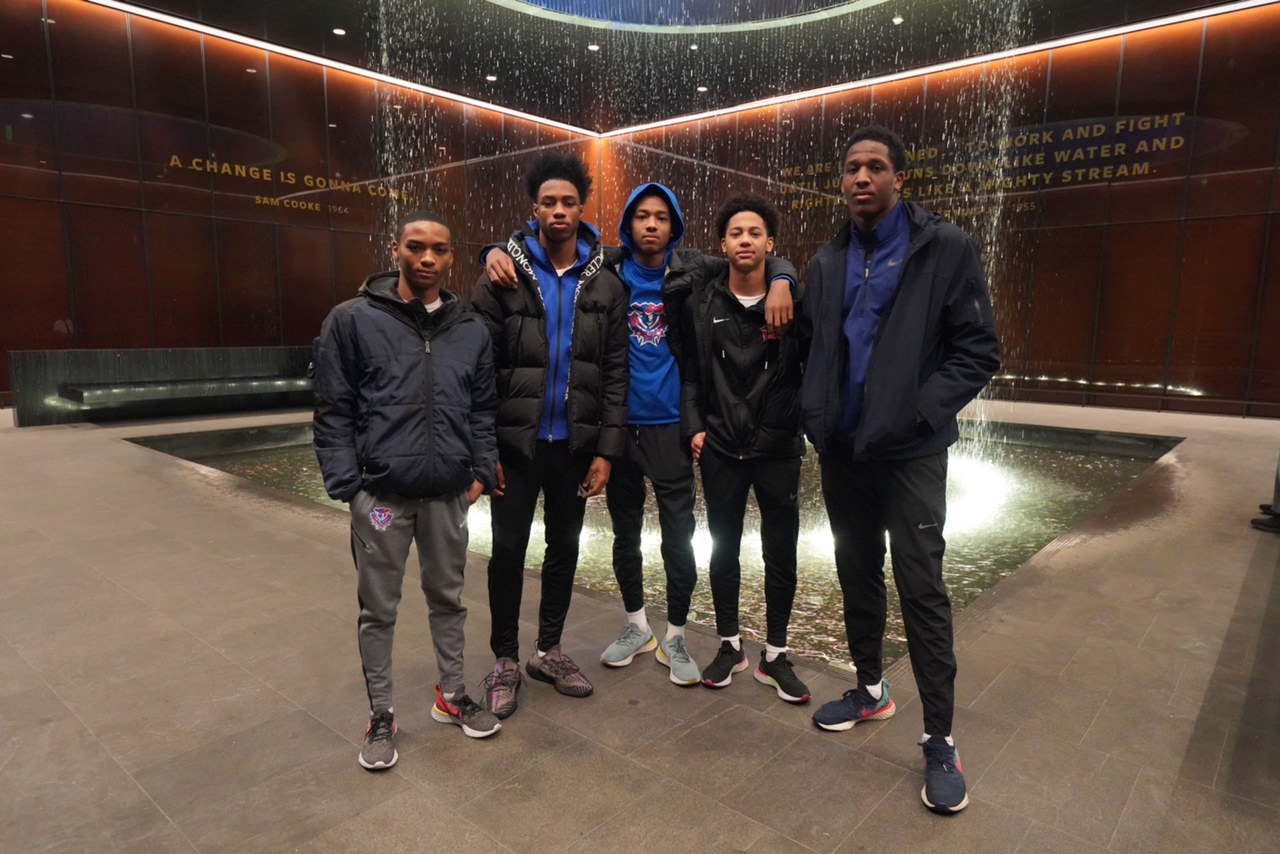 Players share time in the Contemplative Court at the National Museum of African American History and Culture. 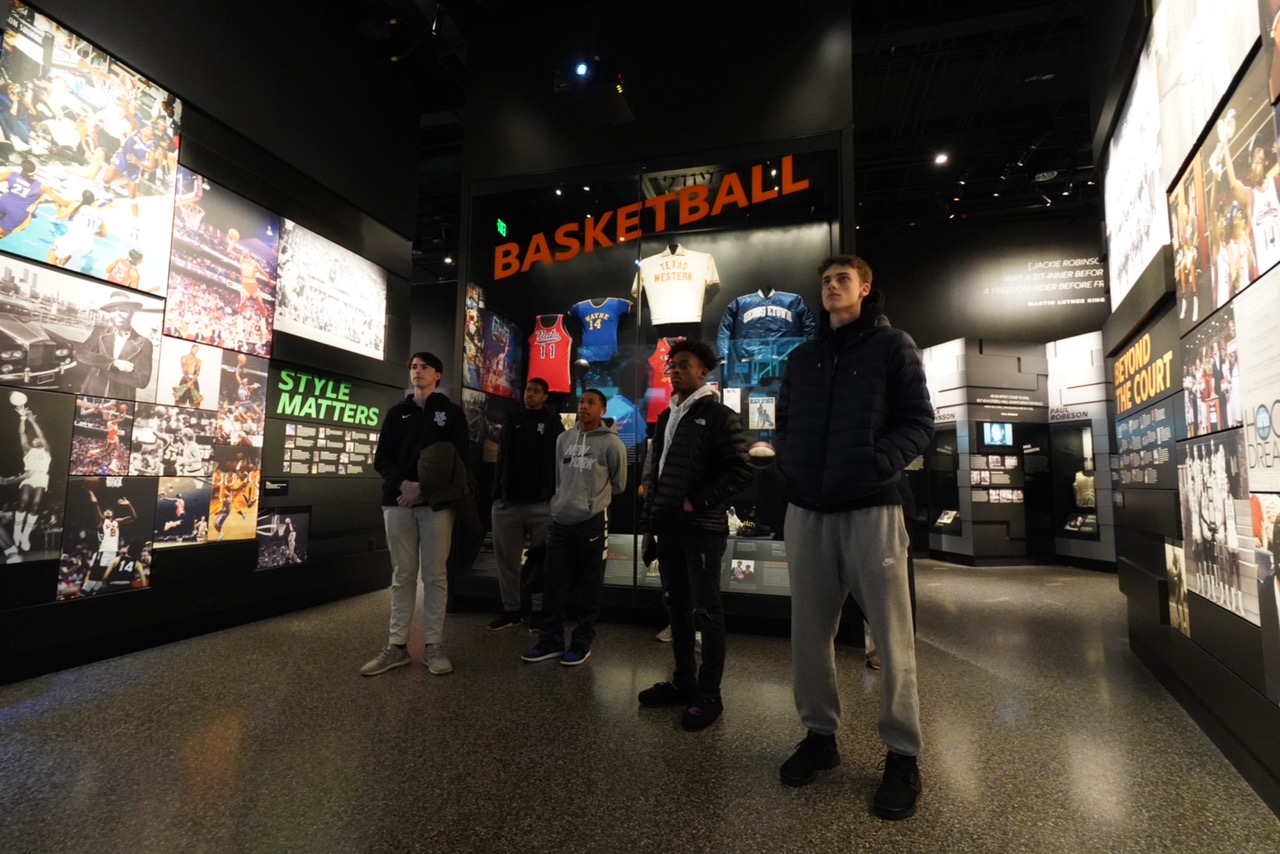 For participants in a basketball event, the sports exhibit at the National Museum of African American History and Culture was a popular spot. 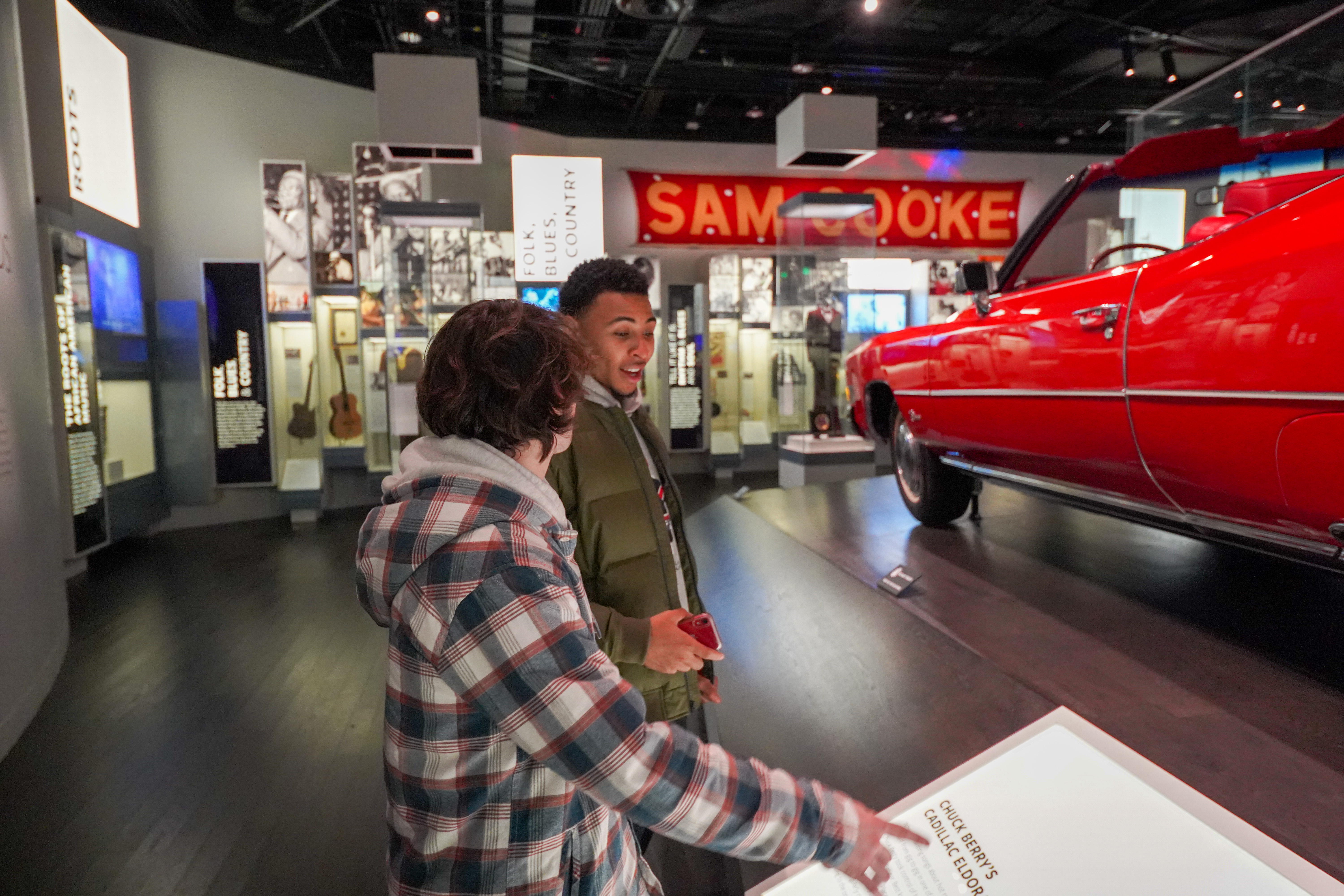 Players check out Chuck Berry’s Cadillac Eldorado in the music and entertainment section of the National Museum of African American History and Culture. 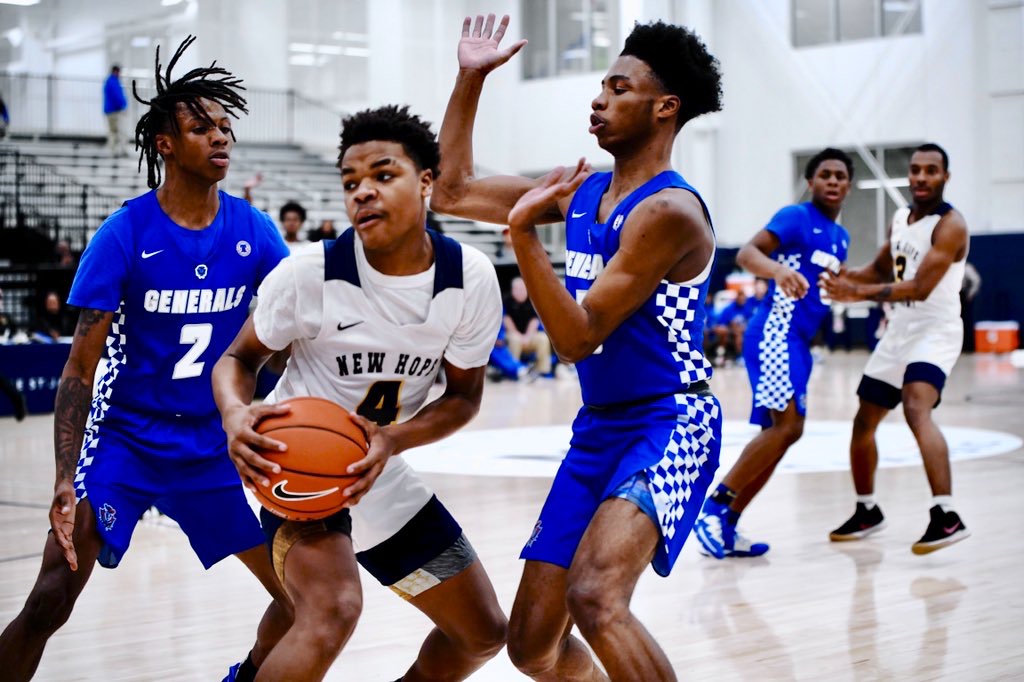 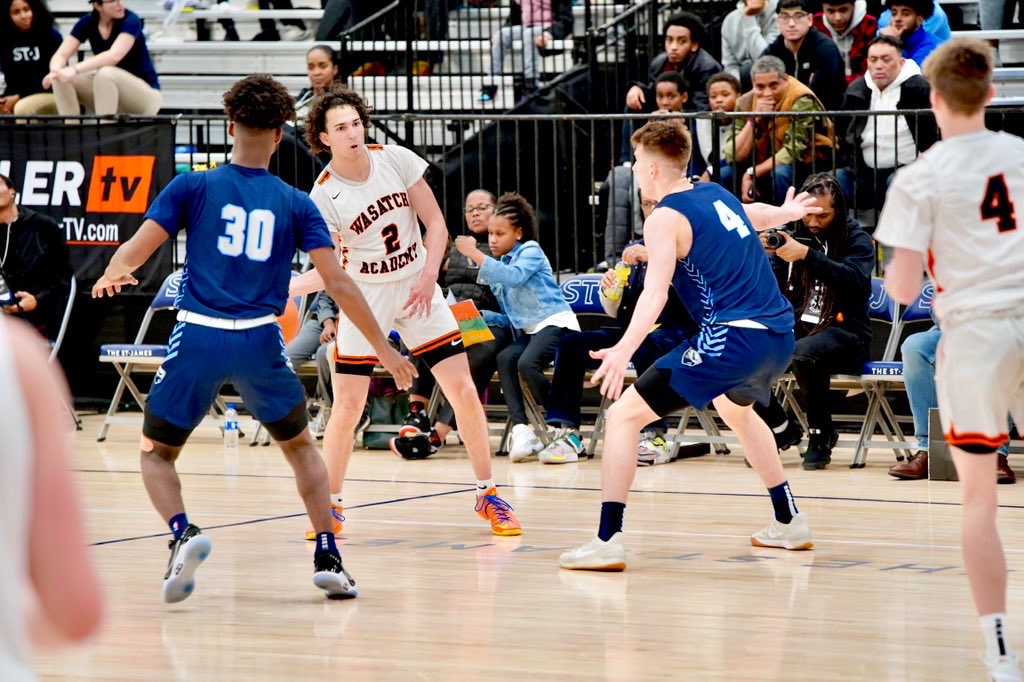 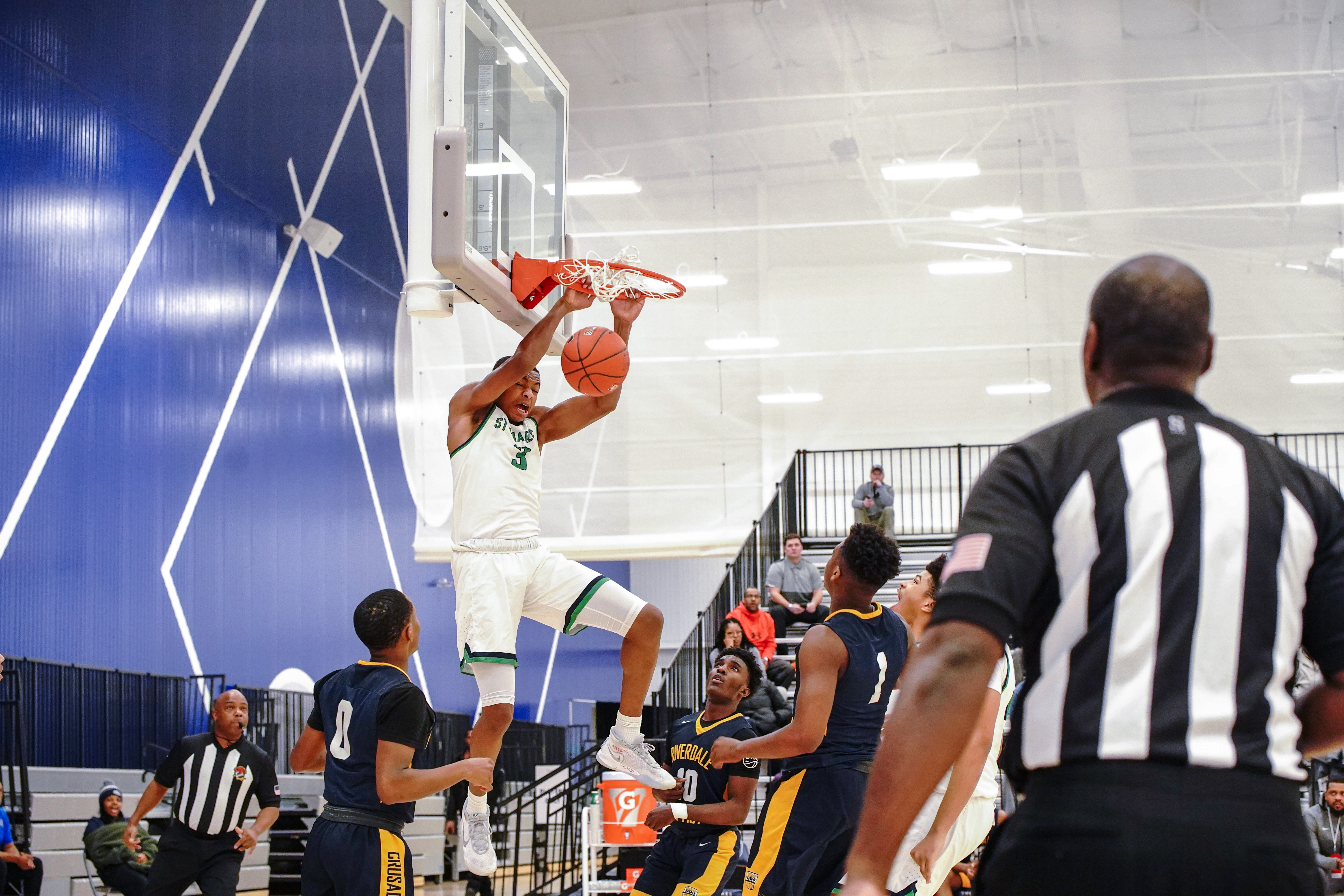 “It’s great to be a part of this because KD is my favorite player,” said J.T. Thor of Norcross High School (Georgia), a 6-foot-9-inch senior power forward who is considering Kentucky, Georgia and Kansas. “This is my first trip to D.C. I’m looking forward to going to the museum. It’s important for us to get better every day, not just physically but mentally.”

For Norcross coach Jesse McMillan, the weekend was an easy sell to parents when his team was extended an invitation.

“The organizers reach out to us and we had an open date, and when I found out what they wanted to do with the weekend we jumped at the opportunity,” McMillian said. “I told our parents we could go to any events around the country, but when you have the other components with this, it’s something that rarely presents itself during a basketball season. Some of the moms were superexcited.”

One of the speakers during Sunday’s “off” day was Kendrick Ashton, one of the owners of the St. James (along with Craig Dixon). The owners, both African Americans, have created a venue that is is an attraction in its own right, featuring a 450,000-square-foot complex that includes a football field, two NHL-regulation hockey rings, golf simulators, a health club and basketball courts.

“We set up a partnership with team Durant to set up a basketball experience at St. James and we wanted to bring the community together through basketball,” Ashton said. “This showcase is a way for us to try instilling the values of Dr. Martin Luther King Jr. in the next generation, and expose them to things that they might not normally get exposed to.”

Pratt is hopeful that, with more planning, the top teams in the nation will come to the area for the event in the future.

“This is just the start and we’re happy to be able to offer a great day of learning for these kids,” Pratt said. “Hopefully we’ll be able to provide an event that they can remember for the rest of their careers.”