The Tigers couldn’t run the ball consistently or control the line of scrimmage, and they struggled to score.

They were 3-1, but Sanders didn’t believe the offense was moving in a direction that would take the Tigers to the Celebration Bowl and beyond, so he changed playcallers during the bye week from wide receivers coach and co-offensive coordinator Jason Phillips to T.C. Taylor.

“It had nothing to do with a person not doing the job,” Sanders told The Undefeated. “I thought [Taylor] was ready. He stepped up to the challenge and did a phenomenal job.

Understand, Phillips and Sanders were teammates on the Atlanta Falcons, and they have been friends for 30 years.

The team, though, always comes first. 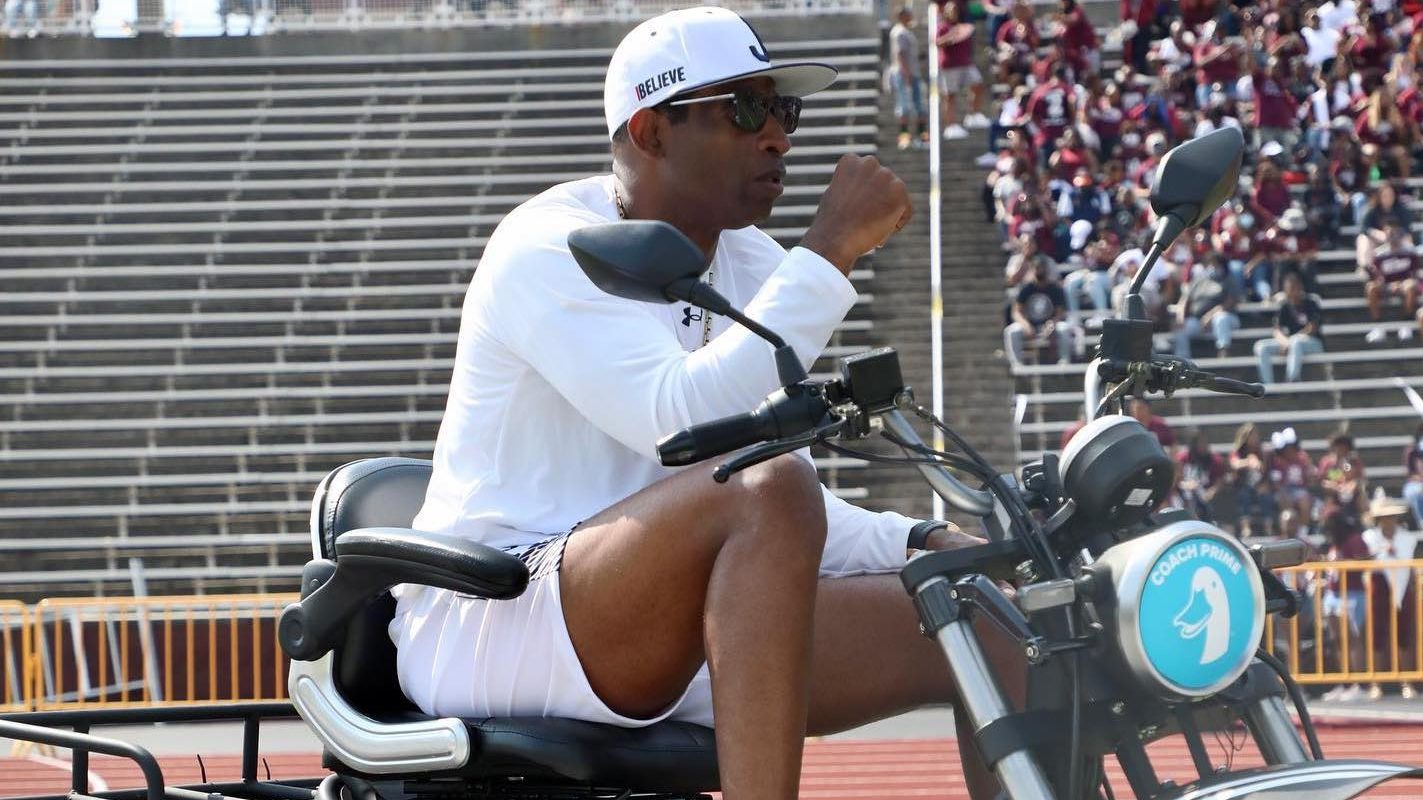 Jackson State’s early success is a wake-up call for SWAC and a ray of hope for Jackson, MississippiRead now

“Anytime you have change, it takes some adjusting, but my mindset was go out here and do the job,” Taylor said. “If he sees that in me, I must be doing something right, so let me go out here and make it work.

“He’s very demanding. He doesn’t accept mediocrity at all. That’s 24 hours a day, seven days a week and that’s the culture that’s been established around here. You know you can’t [cut] corners with him.

The Tigers had rushed for a total of 204 yards through their first four games. They surpassed that number against A&M, and seven offensive players scored touchdowns.

Obviously, Jackson State’s offense won’t function like that every week, but it showed the Tigers their potential.

Jackson State will unveil its new offense at home for the first time when it plays Alabama State on Saturday at 3 p.m. ET on ESPN+ at Mississippi Veterans Memorial Stadium.

Taylor, a holdover from the previous staff, joined Sanders as the team’s tight ends coach in January 2019.

Taylor called plays at North Carolina Central from 2014 to 2018, where he was quarterbacks coach and offensive coordinator before returning to his alma mater.

As a senior at Jackson State in 2001, he set single-season school records with 84 catches for 1,234 yards and 11 touchdowns.

Sanders and Taylor forged their relationship on fishing boats in Texas and Mississippi last summer.

“Once he found out I liked what he liked — I’m a big outdoorsman — it kind of took off from there,” Taylor said, “because we’re out there on the lake fishing and chopped it up a little bit.

“It’s Deion Sanders. Coach Prime. He’d tell me some stories about the league and Florida State and some thoughts on the game and himself. He loves to talk X’s and O’s. They were valuable conversations from one of the best to ever do it.”

Those casual conversations allowed Sanders to find out how much Taylor loved the game.

“I started getting a little closer to him in the offseason and understanding his knowledge of football and his expertise,” Sanders said. “I learned how intelligent he was about the game. He was ready.”

Since taking over the offense, Taylor has simplified the running game so the linemen can play faster.

He also has increased the tempo, because more plays lead to more scoring opportunities. Taylor is committed to getting the ball into the hands of Jackson State’s best players.

“I liked the timing of it. I liked being aggressive and anticipating what they’re going to be in and calling something they can’t stop,” Sanders said. “Formations. Route combinations. He did a good job with all of it.”