The game Jackson State coach Deion Sanders loves wasn’t complicated when he was a Hall of Fame player. And he hasn’t found it complicated as a college coach at the high school or college level.

The team with the best players usually wins.

Sanders spent the offseason overhauling Jackson State’s roster after finishing 4-3, including a forfeit victory over Alcorn State, following a 3-0 start.

The result is a roster that’s about 85% different, said Sanders, from the team that played in the spring. 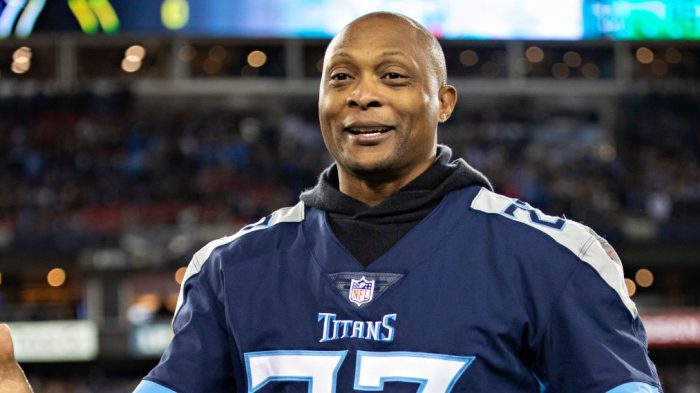 “I’m glad we had the spring,” Sanders said recently. “If we didn’t have the spring, I don’t know what I would’ve done, because that was a tremendous evaluation in a game-type environment.

The teams have met in this game every year since 1994, but it’s never involved two high-profile coaches like Sanders and first-year TSU coach Eddie George, the former Pro Bowl running back for the Tennessee Titans.

Sanders counseled George on the pros and cons of taking the job a few weeks before he accepted the position.

Now, Sanders will try to make his friend wait at least another week before claiming his first victory.

Jackson State is leaning on its revamped defense while Shedeur Sanders and the offense find a comfort zone. Shedeur Sanders completed 18 of 24 passes for 221 yards against FAMU and scored the game’s only touchdown on a one-yard run.

None of his miscues mattered because Jackson State turned in a dominant performance, limiting FAMU to 234 yards of total offense. 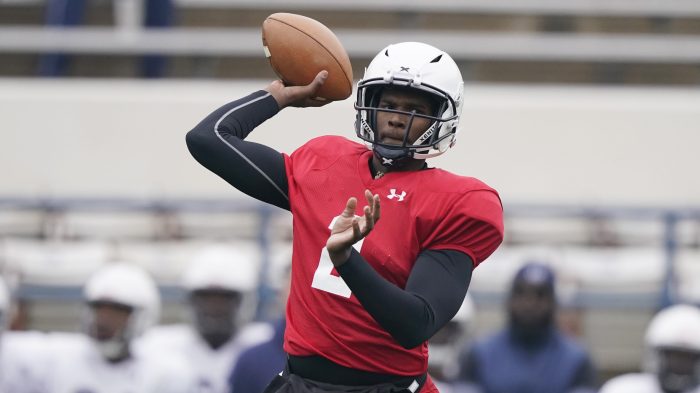 Remember Jackson State and defensive coordinator Dennis Thurman had few answers for Southwestern Athletic Conference offenses last season. In their losses to Alabama State, Southern and Alabama A&M, the Tigers allowed an average of 40.3 points and 491 yards per game.

They couldn’t stop the run or the pass.

Southern and Alabama State each rushed for more than 200 yards, while Alabama A&M and star quarterback Aqeel Glass passed for 440 yards.

Jackson State’s defense this year has transfer starters from Tennessee, Georgia Tech, Florida, Missouri and Louisiana-Monroe, and that doesn’t include Shilo Sanders, Sanders’ other son, a safety transfer from South Carolina who delivered several punishing tackles in the win over FAMU. 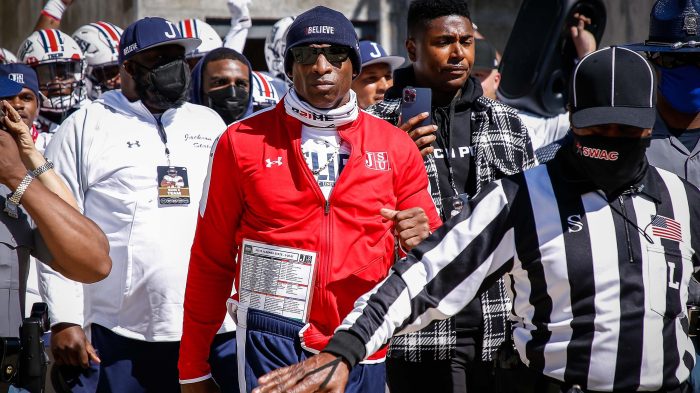 Linebackers Nyles Gaddy (Tennessee), Miller (Missouri) and freshman Cam’Ron Silmon-Craig did much of the damage against FAMU.

At times, the trio seemed unblockable. That’s because Jackson State’s defensive line controlled the line of scrimmage, allowing the linebackers to chase the ball freely.

Tennessee State managed only 230 yards of total offense, including just 118 yards passing on 24 attempts, in its loss to Grambling. Running back Devon Starling was its most productive player with 88 yards on 18 carries and a touchdown.

TSU is probably going to have a difficult time moving the ball against Jackson State, which is just what Sanders envisioned when he rebuilt the defense in the offseason.

“We recruited them because they told us they wanted to go to the next level,” Sanders said. “We’re not recruiting guys or having guys inside this locker room that don’t want it all.