The optics, while a sign of change, don’t point to any change in the status quo

In June 2013, Cheerios aired its usual family-friendly commercial where a cherub-faced little girl approaches her mother in the kitchen and asks, “Dad says Cheerios is good for your heart. Is that true?” What should have been a heartwarming ad about an everyday American family quickly attracted a firestorm of controversy. Why? This commercial depicted an interracial family consisting of a Black father, white mother and a mixed-race child.

Over the last five years, these portrayals of interracial relationships are so common that they often go unmarked. Yet, even though there is more diversity of different kinds of pairings – multiethnic, non-monogamous, queer – the optics are just one part of the story. Are depictions of interracial unions and by extension, mixed-race and biracial children, a sign of racial progress?

The answer isn’t as clear-cut as one might think. Hollywood has been wrestling with how to best reflect the representation and nuances of Black-white interracial unions with varying results. The critiques and conversations surrounding Black-white interracial relationships have evolved beyond just the visual representation to how filmmakers and TV showrunners choose to depict these unions. Are interracial couples rather than strictly monoracial, Black ones being presented because they’re more palatable to mainstream audiences? Do biracial, particularly light-skinned children, reinforce colorism? These are some of the concerns as the proliferation of interracial couplings continues to spread across media. 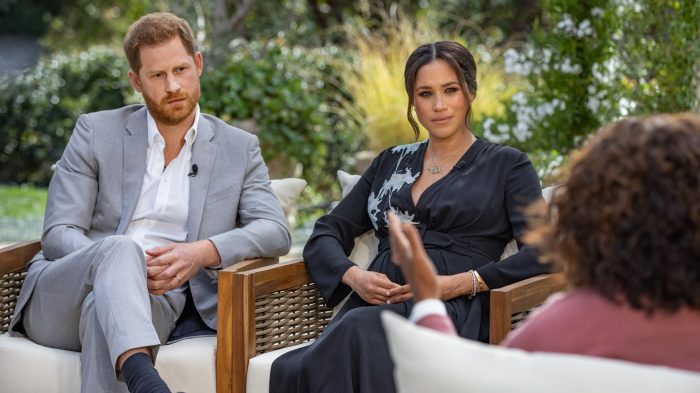 In the case of mixed-ish (a prequel spinoff of black-ish), the sitcom is a coming-of-age narrative that follows the adolescent version of Tracee Ellis Ross’ character Rainbow “Bow” Johnson and her experiences as a mixed-race teen in the 1980s. As much as the show is about Bow embracing her identity, the show also highlights how Bow’s mother, Alicia Johnson, is on her own journey of self-discovery in reconnecting with the Black community and raising confident and happy children in a world that can demand that biracial children and adults “pick a side.” In an interview with The Undefeated, actress Tika Sumpter, who plays Alicia, says the reception of the show, especially from viewers in mixed-race families, has been mostly positive: “I think people look forward to seeing the dynamics of a group of people who remind them of themselves and their own families.”

Sumpter and her real-life partner, actor Nicholas James, who is white, share a 5-year-old daughter, Ella-Loren. They have had open discussions on race and raising a mixed child. “Children are born with such freedom and light. This is the freest they will ever feel. I want her to really have that and enjoy it like she’s doing. We know there are going to be things that neither one of us can relate to because she will have a very different experience than the both of us, but we’ll do our very best to prepare her with the community we have, books we’ve read and our own experiences. We also went straight to therapy together as soon as I got pregnant. We both knew we had issues we needed to deal with together. We needed to hear and see the scariest parts of each other so we could be our very best selves for each other and Ella, ultimately.”

While mixed-ish presents a wholesome and functional depiction of an interracial relationship, viewers have also witnessed cautionary tales of mixed-race unions gone wrong, as demonstrated with the catastrophic past season of The Bachelor. The long-running dating reality show, which has been a cash cow for ABC, had been under scrutiny for its refusal to cast a Black bachelor. Matt James, a former football player, was chosen to lead the 25th season, making history as the first Black bachelor in the franchise. James ended up choosing and proposing to Rachael Kirkconnell, then all hell broke loose when pictures surfaced of Kirkconnell attending an antebellum-themed costume party in 2018. When James and Kirkconnell appeared together in an after-show special, James seemed to be ambivalent about reconciliation. But in a recent interview with People magazine, James said they are working on the relationship.

Shonda Rhimes, who signed a multimillion-dollar producing deal with Netflix in 2018, has proven her formula for inclusive casting and interracial romances is still ratings gold with her latest production, the sudsy period drama series Bridgerton. Based on the bestselling series of novels by Julia Quinn, the show revolves around the central romance between Simon Bassett, the Duke of Hastings, and socialite Daphne Bridgerton. While Simon originally was white in the novels, the decision was to racebend the character with the casting of Rege-Jean Page, making Simon and Daphne an interracial pairing. When Bridgerton premiered during the 2020 holiday season, it would turn out to be Netflix’s crown jewel, with more than 82 million viewers within its first two weeks of release. But Bridgerton was not without its detractors. Criticism of the show included colorism with the lack of younger dark-skinned Black women characters and even the show’s “colorblind casting” in its refusal to address race on a show set in 19th-century England. In a review published by Refinery29, Ineye Komonibo noted, “Bridgerton did a lot of hinting or winking at race without actually ever going there. It was almost like they were scared to say it out loud.”

Queen Sugar, the critically acclaimed drama series from filmmaker/producer Ava DuVernay, recently tackled the intricacies and perils of interracial dating when the character of Nova Bordelon, a fierce social justice activist, discovers that her white live-in boyfriend Calvin, a former police officer, took part in the brutalizing a young Black teen which has left him paralyzed from the waist down. In an essay titled Queen Sugar and the complexity of desire in the face of Black survival, Ashleigh Shackelford writes, “… desire has always altered our humanization of others. Watching Nova navigate this very difficult relationship only reminds us as Black women and femmes that our love and sexual relationship with non-Black people can shift our ability to see their individual violence against us while also shifting their willingness to dedicate labor to our freedom and survival.”

We also see this theme of desirability and Black survival play out in 2017’s Get Out, Jordan Peele’s breakout directorial debut. Daniel Kaluuya plays Chris, an affable young Black man and talented photographer, who visits his white girlfriend’s seemingly progressive family, but instead finds himself in a fight for his life when he discovers a sinister plot of Black people’s bodies being appropriated by a secret cabal of wealthy white folks. Get Out effectively explores the anxieties not only of interracial unions, but also the consumption of Black bodies and Black culture.

The habitual representation of interracial Black-white couples in pop culture reflect the times. According to a 2017 Pew Research Center report titled Intermarriage in the U.S. 50 years after Loving v. Virginia, one in 10 married people had a spouse of a different race or ethnicity, which translates to 11 million people in mixed marriages. However, white and Black pairings actually account for only 11% of interracial marriages, with Black men being twice as likely as Black women to marry someone of a different race or ethnicity (24% vs. 12%). The attitudes toward interracial marriages in America have also shifted – 39% of adults polled said intermarriage is good for society. Even more fascinating: According to a 1990 General Social Survey, 63% of non-Black participants said they would be against a relative or loved one marrying a partner of a different race/ethnicity. More than three decades later, the figure has dropped to 14%.

What accounts for shifting attitudes toward interracial unions? Authors Gretchen Livingston and Anna Brown of the Pew Research Center point to the landmark ruling of Loving v. Virginia that overturned miscegenation laws that criminalized interracial marriages, as well as proximity in metropolitan areas versus rural areas as metro areas, have a larger and more diverse racial and ethnic mix, with Black people having a bigger share of “the marriage market” than in nonmetro areas for interracial pairings.

Yet with the poll numbers showing a more positive shift toward interracial marriages, specifically with Black and white unions, there is still a cognitive dissonance when these “progressive” views slam up against an ingrained history of systemic anti-Blackness and state-sanctioned violence toward Black communities. President Joe Biden certainly thought as much, as witnessed by comments he made at a CNN town hall held in February. When asked by a member of the audience about police brutality, Biden replied, “If you want to know where the American public is, look at the money being spent on advertising. Did you ever five years ago think every second or third ad out of five or six you would turn on would be biracial couples?”

In response to Biden’s comment, Jason Johnson, professor of politics and journalism at Morgan State University, said in an op-ed for The Grio, “Most interracial commercials on TV are produced to provide white Americans with a sense of comfort that in the face of changing power structures and demographics they will still dominate the racial pecking order. How do we know this? Because the commercials are based on white fantasy, not actual demographic changes as Biden suggests.” He and a colleague are researching the rise of interracial relationships in television and commercials in the last five years.

Escapism is part of the reason we are drawn to TV shows and movies. However, that escape into fantasy crumbles when we think of the cold reality of what biracial people face in this country. In April, Daunte Wright, a 20-year-old mixed-race man, was shot and killed in Minneapolis for a minor traffic infraction when a white police officer, Kim Potter, claimed she mistook her loaded gun for a stun gun. Former NFL player Colin Kaepernick, who is also biracial, has still not been on a sports team since he set the country ablaze in 2016 for taking a knee during the national anthem as a form of silent protest against police brutality. Meghan Markle, a mixed-race American actress, became the target of vicious rumors and gossip from the British tabloids when she married Prince Harry in 2018. In a sit-down exclusive interview with Oprah Winfrey last month, Markle and Harry said that rampant racism led them to break ties with the royal family. Markle set jaws agape when she shared that an unnamed member of Harry’s family expressed concern over how “dark” baby Archie’s skin would be.

As television and film move into a space depicting more Black and white interracial pairings, filmmakers and screenwriters will need to acknowledge that viewers have become more aware and critical of how these dynamics play out on screen and more importantly that interracial relationships cannot be used as a panacea to address the very real-world problems of racism and anti-Blackness. Butler imparts some advice to both content creators and viewers: “White people deciding not to be racist is the only thing that will bring about racial equality and equity. … A sexual relationship doesn’t magically reset one’s views, but people thinking it does is classic American passive-aggressive ‘problem-solving.’ ”

Rebecca Theodore-Vachon is a film and TV critic who focuses on race, gender and representation in Hollywood. She was the entertainment columnist at TheUrbanDaily.com and has contributed to NYTimes.com, RogerEbert.com, Entertainment Weekly, Fast Company and Vulture.com. In 2017 she was a featured speaker for Google Talks at the Miami Film Festival and currently hosts Oscar Q&A panels for the Academy of Motion Pictures And Sciences. She is also the creator of “The Spectrum Lounge” - a podcast that highlights creatives of color in Hollywood and pop culture.