IndyCar hopeful Myles Rowe is on a mission

Two weeks before Sunday’s Indianapolis 500, a junior professional series called USF2000 tweeted what its ambitious demographic might qualify as the ultimate thirst trap, a short video from the podium at Indianapolis Motor Speedway with the caption: “We’ll have some winners taking this spot soon!”

One of those hopefuls, a 20-year-old Atlantan named Myles Rowe, couldn’t help but respond. “A great view,” he wrote.

When the green flag drops on the Indy 500 Sunday, Rowe won’t be among the 33 entries on the grid. He’s still in his first year driving in the USF2000 ranks, which sit three levels below IndyCar, the premier open-wheel racing series in North America.

Rowe is the sole driver for Force Indy, an expansion team run by Rod Reid, a former advertising executive. Together, they stand out as the only Black driver and Black team principal competing at any level of IndyCar full time. And to say that the series is hungry for a Lewis Hamilton or Bubba Wallace of its own would be would be soft-pedaling their sense of urgency.

Once the most popular form of auto racing in America, IndyCar has seen its considerable lead diminished by civil war in the 1990s and lost altogether when NASCAR overtook it in the 2000s. But IndyCar got a much-needed boost in November 2019 when all of its properties, including the hallowed speedway, were sold to Roger Penske, an 84-year-old motorsports titan who, among other things, holds the record for most Indy 500 wins as a team owner (18) and has four cars locked in for Sunday’s race. The transaction ranks among one of the sweetest deals in sports history — like Michael Jordan buying the NBA and Madison Square Garden while retaining ownership of the Charlotte Hornets. But this deal is more than about absolute control for the man known inside the sport as The Captain.

A month after buying the IndyCar series, Penske told reporters that he wanted to see a Black driver qualify for the Indy 500 “in 2023 and ’24.” But of course, that’s easier said than done.

Despite being the oldest ongoing motorsports competition in the United States, with the inaugural 1911 race unfolding on a circuit made of bricks (hence why the track is nicknamed the Brickyard), only one Black driver has made the cut at the Indy 500. Willy T. Ribbs — a multidiscipline phenom who was backed by comedian Bill Cosby, managed by boxing promoter Don King and became rather notorious among white racing fans for doing the Ali shuffle on the roof of his race car after victories — qualified in 1991 and ’93, but never had the car underneath him to seriously challenge for the vaunted Borg-Warner Trophy. (An engine failure undid Ribbs’ ’91 attempt five laps in.)

But where NASCAR has been routinely called on the carpet for its lack of diversity and inclusion — a problem the sport has spent the better part of the past two decades attempting to rectify through programs such as Drive for Diversity, which abetted Wallace’s rise — IndyCar has largely cruised under the radar. Some of that is owes to the sport’s embrace of foreign drivers; the first three rows of the Indy 500 grid alone include Brazilians Helio Castroneves and Tony Kanaan, the young Spaniard Alex Palou, the ex-Formula One-driving Swede Marcus Ericsson, Dutchman Rinus VeeKay and the six-time series champion Kiwi Scott Dixon in pole position.

Mostly, though, IndyCar has gotten a pass on diversity and inclusion because of its singular legacy of pioneering white women drivers such as Janet Guthrie (Indy 500’s first female entry), Sarah Fisher (a nine-time starter) and Danica Patrick (a third-place finisher who remains one of the most recognizable racing drivers in the world despite having been retired for the past three years). This year Simona de Silvestro, a talented Swiss driver, narrowly made the cut for Sunday’s race — ensuring that there wouldn’t just be a woman in the 500 for the 30th year, but one competing for a woman-fronted, Penske-backed team called Paretta Autosport.

But after the murder of George Floyd and the athlete-led boycotts and demonstrations that followed, IndyCar, like many corporations whose track records on race might be lacking, was moved to do some overdue soul-searching. It was through the speedway’s graphic designer, a Black woman named Amiah Mims, that Penske was eventually connected with Reid, an Indianapolis native who broke into racing while trying to organize a barrier-breaking Indy 500 effort in 1988 around Charles Wilson, another talented Black driver. When those efforts fell through due to insufficient funding, Reid thought there had to be a better way. 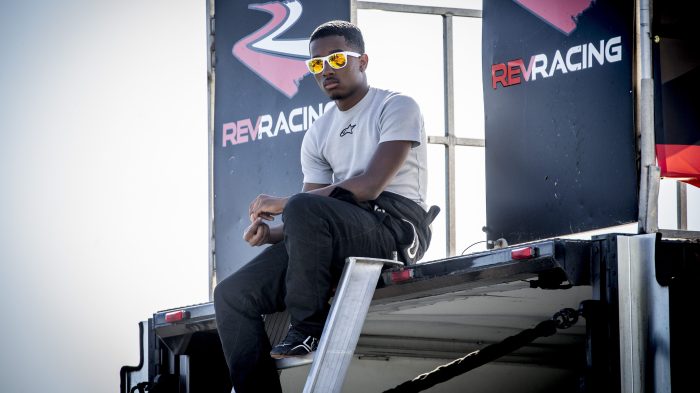 “There have to be folks who are willing to step up and give the next generation of drivers a chance,” Reid said, “because there’s gonna be some little Black boy or girl who’s gonna want to do this, and they’re not going to have the background.”

So in 1991, Reid helped launch Nexgeneracers or NXG, an Indianapolis-based program that leverages motorsports as a STEM (science, technology, engineering and math) education tool for Black kids who would never think of setting foot inside the Brickyard, let alone race go-karts on the parking lots that surround the 2½-mile-long oval circuit.

Growing up, Reid remembered folks hearing talk about there being a colored section at the speedway in the ’50s and ’60s. “Prior to that, of course, we weren’t allowed period,” he said. And while the track has since become more racially inclusive, routinely inviting Black athletes and entertainers to lead Indy 500 traditions, the psychological barriers remain as daunting as the fence and sentries that still surround the place.

Rowe, however, is determined to prove he belongs.

Ever since first catching the racing bug as a 4-year-old, Rowe has been on a quest to be the next Ayrton Senna, a triple Formula One champion who is widely regarded as the purest racing talent who ever lived. When he later discovered as an 8-year-old, after exhaustive internet research, that he had reached the age where most great drivers turn their first flying laps, he started pricing out the parts to build a go-kart for his parents, hoping to sell them on potential handmade cars that “only” cost $20,000. It took him another four years to find an Andretti indoor karting franchise in nearby Roswell, Georgia, that was selling all-inclusive season-long kart racing packages for $300.

“You’d show up, have a little practice session, then do your race,” Rowe said. “And the people there were supercompetitive. Looking back, it surprised me how good some of these people were.”

Nonetheless, Rowe proved better than his peers, winning the championship twice before moving outside. Riding in a go-kart bought by his parents, the first of many significant financial sacrifices they’d make to help his racing career along, Rowe went on to finish first in a major karting championship in Mooresville, North Carolina, the racing cradle where many professional drivers and racing shops are headquartered.

It was at that go-kart track where Rowe met 2014 IndyCar Series champion Will Power, who was struck by Rowe’s knack for racing him close but clean. Power figured he’d soon be seeing a lot more of the kid. But after he moved up to a bigger, powerful race car and won the Florida-based Lucas Oil Formula Car Race Winter Series championship at age 17, Rowe ran out of money to go racing. From there followed three trying years away from the sport.

“At about Year 2 was the point where I couldn’t even watch races,” he said. “I would just have the itch to race something, to have the wheel in my hands.”

Rowe would steer much of that restless energy into a photography hobby, enrolling at New York City’s Pace University to study film. To hear Rowe, now a senior, tell it, he had resigned himself to an artist’s life in the city. But then Reid, acting on a glowing recommendation from Power, offered Rowe a tryout with Force Indy, which besides having Penske’s blessing, is further backed by his racing team’s considerable technical expertise.

The hope is that as Force Indy and Rowe grow together, they can change auto racing from a pay-to-play sport to one based more on talent all while nurturing a new generation of Black engineers, aerodynamicists and pit crew members. And while similar efforts have been tried before — by Ribbs, not least — Reid, like his driver, is on a mission. “I want little Black boys and girls to want to get into this sport,” Reid said.

In the meantime, Rowe is trying not to get too far ahead of himself. Though he has shown great pace out of the box, his results to date have been adversely affected by crashes he didn’t necessarily cause; he’s still learning how to race alongside new rivals that include Exclusive Autosport rookie Grant Palmer, the only other Black driver in IndyCar’s development pipeline.

But that isn’t to say Rowe doesn’t think about all the time he lost when he sees so many drivers his age leaving their marks on the highest levels of motorsports.

“Before the break, I was so determined to be the youngest IndyCar champion or the youngest Formula One champion,” he said. “But it would probably be even more crushing to be there right now. Instead, I can be away from the situation and learn from their mistakes — and then, when I get in, maybe save myself some time.”

Which is to say he can see the big picture now. That’s a great view, too.