The league isn’t boycotting anything; the NBA needs collective bereavement

The NBA has no real leverage in motivating police forces to be less violent by not playing basketball. While the action might make a lot more people take notice, there is no genuine link between the two. What NBA players staged and executed on Wednesday, understandably, is a walkout.

In labor terms, the Milwaukee Bucks’ decision not to play in Game 5 of the NBA playoffs would qualify as a wildcat strike, which is when members of an organization decide to no longer work under the same confines their union has agreed to. It’s a technical term for a reason. In this case, it also happens to be the most accurate.

Boycotts are mostly consumer-led changes in habits designed to economically or say, functionally, cripple the operations of the very people involved in the acts. When Black folks stayed away from buses in the Jim Crow era of the American South, it wasn’t to prove some theoretical point that disrespecting Black people was wrong. Through economic force, it showed that the industry could not survive without such a large part of its ridership.

When Americans boycotted the Shell Oil Co. in the 1980s due to its connections to the apartheid regime in South Africa, it was an action that had in fact been preceded by the United Nations some 20 years earlier when it asked member states to stop the sale of arms to the nation that was home to Nelson Mandela. That begat the academic boycotts across the nation in 1965, in which the scholar community simply refused to engage with South African places of higher learning in any way. The effect was a calculated risk to isolate a place that we generally viewed as bad actors toward the greater good.

How do I know? Because this is what my parents dedicated their lives to eradicating, working in international development. I saw with my own eyes in this country and that one too the effect of what it means to be an active player in civil disobedience. In South Africa, there were many days when whisper campaigns led to something known as stay-aways. Where black domestic workers simply didn’t come in to work en masse, just to remind their employers that they were people, too. Just because an act of protest or demonstration has a social or political bent doesn’t immediately make it a boycott.

Every disagreement is not a fight.

Sounds simple enough, if not even obvious, but for Black folks in America, that isn’t an assumption that’s taken when we decide to speak up on behalf of our own dignity. So, when the NBA’s players decided en masse that they were not going to play games in the bubble, the level of threat to the league was immediately qualified as a “boycott” for reasons that are unfair to everyone involved.

One of the main microaggressions we are most routinely expected to deal with is a de facto escalation of confrontational intent, as viewed by the white people who believe their decency is being checked. Every dispute becomes an “argument.” The most basic setting of boundaries is viewed as an attack. Or, as is the case of Jacob Blake in Kenosha, Wisconsin, the possession of a knife is instantly classified as a justifiable reason to be shot.

They are overworked mentally – perhaps in many cases physically – and overall just emotionally taxed to the point of needing a break. That should be good enough but not only for us as people who genuinely believe Black lives matter, but also to fans of the league who want the best product, never mind employers who claim to care about their players. But again, by escalating the request for decency, the temperature is raised to a point that disrespects the necessary order of operations for change to happen safely anyway. 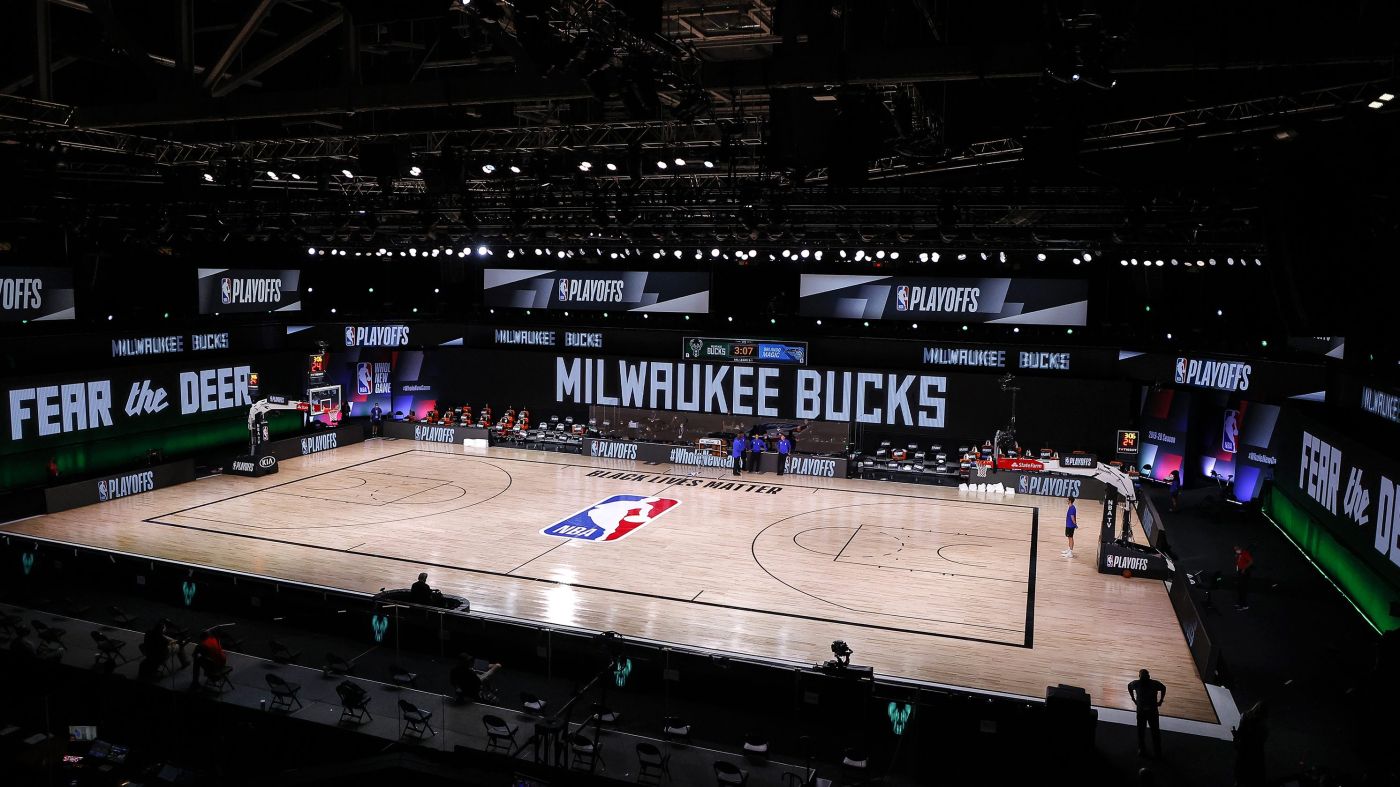 “No” does not mean “f— you.” And if that has to be explained at every turn, it doesn’t matter whether anyone in power theoretically “agrees” with the cause, if every exchange is overwrought and misidentified to the point of intense conflict.

As for Milwaukee and the Bucks themselves, this is very specific. This is where they live. It’s legitimately an unavoidable fact of life that affects all folks in that particular part of the world. So, when the team was able to speak to Wisconsin attorney general Josh Kaul and Lt. Gov. Mandela Barnes, that struck me as prudent.

Not playing a basketball game or 10 – who knows – of course isn’t “wrong” or somehow “stupid,” but when playing against a stacked deck, effectiveness is more important than bluster, not respectability politics.

Which gets to the question that keeps coming up: What does this solve? What do you want? Maybe they don’t know. They shouldn’t have to. A collective bereavement pause on the league might be what everyone needs anyway. Lord knows how tough 2020 has been on everyone. But the point is that should be good enough.

If you’re going to plaster Black Lives Matter all over the court, it shouldn’t mean that every matter relating to black existence should be a matter of proverbial or real life-or-death. Alas, when framed as such, it undercuts our own ability to write the path to our safety overall. But, because the pangs of power set off internalized alarms of soft supremacy whenever Black folks speak up, we are forced to answer questions that push everything into a binary. It’s entirely possible that they don’t know how to go about this right now, but something has to change. It’s not like what anyone was doing has been working, so why not let the aggrieved parties take the time to figure out a solution? Otherwise, it’s disingenuous. And we know the difference.

That said, if the only “progress” we get out of this is players proving to themselves that when they feel their humanity is at risk, then they are allowed to say so, that’s a net positive. Offending rich white people on its own should not be a crime, but because this is America, we’ve somehow convinced ourselves that it is. And the real sacrifice (which people bizarrely seem to morally require to feel satisfied with change) these players are making is that it is required in taking the chance with your life in embarrassing a non-Black person in a public setting. The money is one thing, the pride is another. If they don’t want to play, they shouldn’t have to. Simple as that. I shouldn’t have to chalk talk the value of Black lives in order for that to be reasonable.

Ultimately it comes down to the most basic tenets of agency: trust. If nobody believes NBA players, teenagers on the street or Black women about how much pain they’re in, it doesn’t matter if it makes sense. The burden of proof on Black dignity is not the safe comprehension of white folks. This is what “Black Lives Matter” means. They matter to us, whether they matter to you, or not. Because we don’t have the option to opt out.

Because that’s called privilege. A thing we don’t have, a fact that y’all will never let us forget. Even when you think you’re on the right side of history.